What does Turkish Cyprus want in Varosha? 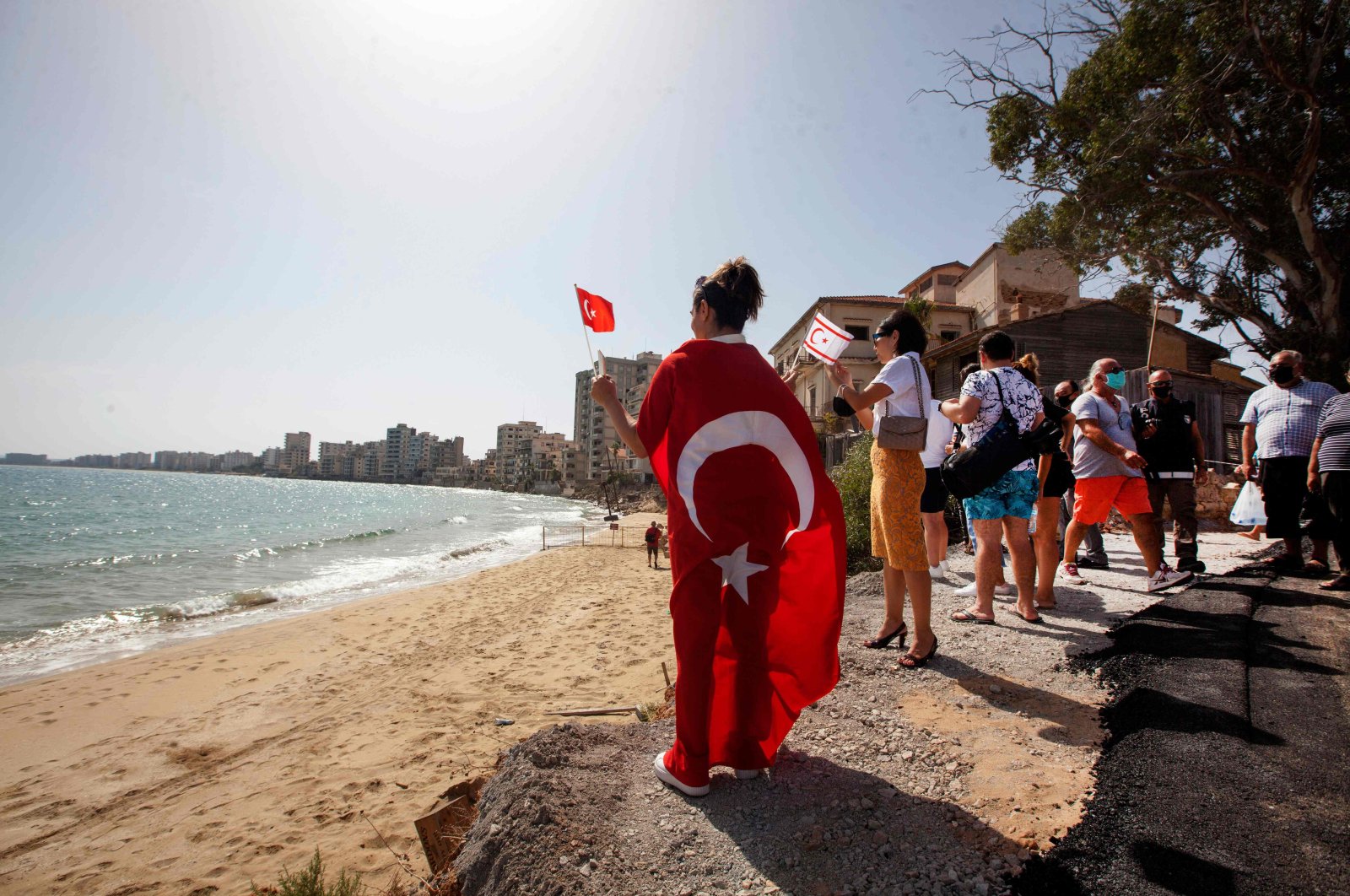 A woman holds the flags of Turkey and the Turkish Republic of Northern Cyprus (TRNC) as she enters Varosha, in the fenced-off area of Famagusta, Cyprus, Oct. 8, 2020. (AFP Photo)
by Nagehan Alçı Oct 10, 2020 12:05 am
RECOMMENDED

Varosha, or Maraş in Turkish, an abandoned district of the ancient city of Famagusta, has resembled a ghost town since 1974. In the past, it served as a popular tourist destination with its crystal clear waters and glamorous casinos; however, the town became a no man’s land after it was abandoned some 46 years.

Now the Turkish Republic of Northern Cyprus (TRNC) has decided to reopen parts of the town's beachfront and the main street, Democracy Road, to the public.

Greece has opposed this move and Greek Cypriots said they would file a recourse to the United Nations Security Council (UNSC).

I interviewed TRNC Prime Minister Ersin Tatar after his return from Ankara. He said that his government does not aim to confiscate any buildings that belong to Greek Cypriots. The land is on the Turkish side, but the buildings on it belong mostly to the Greeks. Tatar stressed that a commission has been organized to work on the identification of the properties, and there will be options for the owners. He also added that the decisions of the commission can be appealed at the European Court of Human Rights (ECtHR).

I should also point out that Varosha was offered to Greek Cypriots in the Annan Plan, which Turkish Cypriots approved, but they rejected it. Thus, the fenced-off, military-guarded suburb has remained frozen in time for many years. The fact that Varosha's fate is linked to the resolution of the problems on the island has compounded the town's problems.

I believe that dialogue and a commission for a peaceful resolution could be introduced to bring the ghost town back to life. If the said commission functions well, it could pave the way to end the yearslong conflict on the island.

Varosha was once an extravagant resort for the rich and famous with over 100 hotels. The Lordos family, a hotel conglomerate that has hotel chains on the Greek side and also in Varosha, has expressed willingness to reopen its hotels.

If this happens, it can also initiate a dialogue between Turks and Greek Cypriots again. The past has been very bitter for them. Politics has pulled them apart. Greek Cypriots changed the constitution in 1963, which deprived Turks of their political rights. There was decadelong interethnic violence targeting Turkish Cypriots, and their lives were in danger.

With Turkey's intervention, the island split and Varosha remained under U.N. surveillance. The city is protected by a 1984 UNSC resolution that says the town can only be resettled by its own inhabitants.

The Turkish Cypriot government also wants the same thing. They want to breathe a new life into the city and give the properties back to their inhabitants. But this cannot be done without dialogue between the two sides. The suspicion and lack of trust can only be overcome through cooperation.