When will the EU address racist killings? 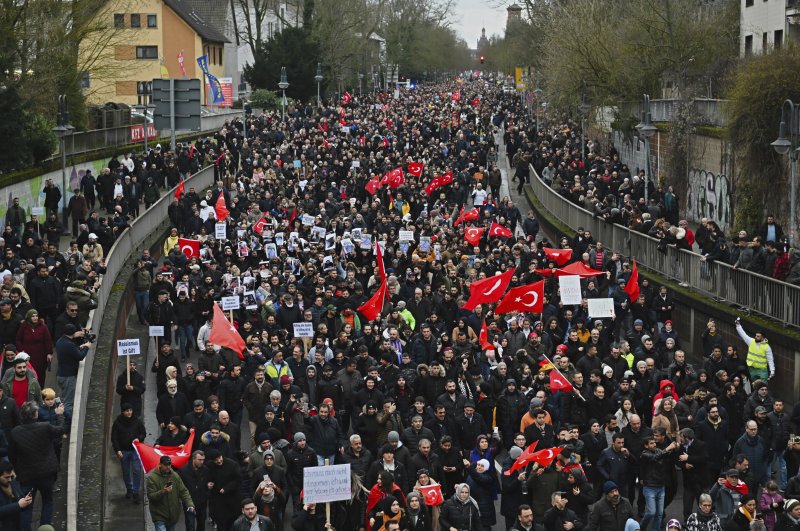 Recently, Germany has been rocked by yet another racist attack. Nine people, including four Turks, were killed in an attack on two hookah cafes in Hanau, near Frankfurt.

This is not the first, of course. Experts say the records of the far-rightists’ actions between 1949 and 1990 are not kept in detail. That is why no serious investigation into the perpetrators of the racist attacks has been carried out.

However, the Amadeu Antonio Foundation, known for its work on combating fascist groups, said in a statement last year that it examined more than 3,300 incidents that had happened in the past and found clues that 745 of them had been committed by far-rightists.

The racist attacks have further intensified since East and West Germany reunited. From 1990 to 2020 alone, far-right extremists who carried out numerous acts including arson, terrorist acts, manslaughter and injury massacred over 200 people.

What is worrying is that the majority of these murders are organized, not individual. Many terrorist organizations such as the National Socialist Underground (NSU), Gruppe Freital and Oldschool Society have carried out bombings, arson and armed attacks against foreigners, civilians and politicians across Germany. Criticism of the German police and judiciary for failing to deepen investigations into the organized structures behind the actions is also frequently raised.

The institution of politics has also turned to populism in order to combat the far-right, which has escalated all over Europe since the 2000s. The statistics reveal that one in every five people in Germany holds “anti-Muslim" views.

The demonstrations and rallies by the far-right Patriotic Europeans Against the Islamization of the Occident (PEGIDA) and the Alternative für Deutschland (AfD) also encourage far-rightists.

Fighting this fascist wave that threatens not only “foreigners" but all democratic and leftist civilians in Germany is an inevitable task for the EU.

European states, especially Germany, should stop making ad hoc statements in the face of racist attacks and avoid underestimating terrorist acts. They should show the public that they take the problem seriously and develop structural solutions.

Since the primary target of racist attacks is Muslims, it is of great importance that Western states cooperate not only among themselves but also with Muslim states and try to come up with common solutions.

European politicians who prefer to overlook the problem and defer structural measures, for now, will soon realize that the rise of the far-right is the decapitator of the EU project, but by then it will be too late.