Who forced Armenia to fight? 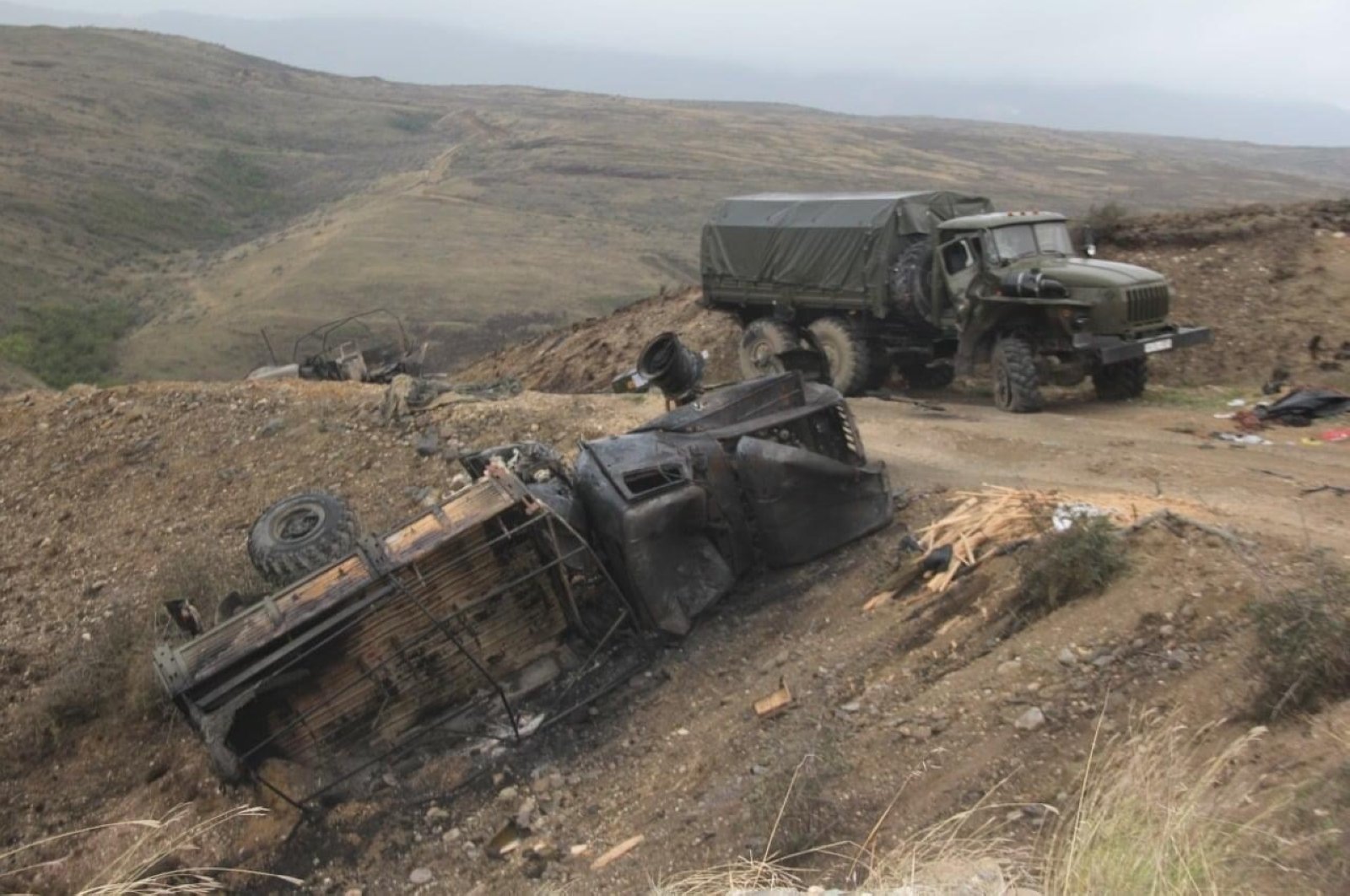 A military escalation between Armenia and Azerbaijan, which started in July, spread to the Nagorno-Karabakh region, a traditional flashpoint between those countries.

The clashes continue, but international law is on Azerbaijan’s side. Nagorno-Karabakh has been under Armenian occupation since 1992. The United Nations Security Council (UNSC) ordered Yerevan to withdraw from the area four times, but the Armenian government refuses to comply. The Minsk Group, which was formed years ago to resolve the dispute, has not achieved anything either.

The Armenian occupation continues no matter what.

Here’s what Azerbaijan’s military response means: Baku believes that it’s time to end Armenia’s nearly 30-year occupation and reclaim its occupied territories. In other words, Azerbaijan won’t abort its military operation until Nagorno-Karabakh is liberated. If Russia keeps its silence and the Azerbaijanis are not forced to settle, the government in Baku could get what it wants. If Azerbaijan takes back Nagorno-Karabakh and restores its territorial integrity, a major source of tensions in the Caucasus could cease to exist.

All of the above makes perfect sense. There are, however, some uncertainties surrounding the conflict. Violence originally erupted following an Armenian attack on Azerbaijan’s Tovuz region. Yerevan will probably pay a heavy price for that act of aggression. A quick look at the socioeconomic status and military power of those countries reveals that Armenia is considerably weaker than its neighbor. Azerbaijan has taken major leaps forward, in financial, technological, political and social terms, since the 1990s. The situation in Armenia has been the complete opposite.

Indeed, the numbers speak for themselves:

Since 1992, Azerbaijan’s population has increased from 7.2 million to 10.1 million, whereas the number of Armenians has shrunk from 3.4 million to 2.9 million. That difference is largely due to economic factors. Although Armenia’s gross domestic product (GDP) increased from $2.2 billion to $13 billion between 1992 and 2020, economic growth did not translate into welfare. According to official data, almost 30% of Armenians remain below the poverty line. In some parts of the country, like the Shirak region, the poor constitute 46%, posing a serious threat to social peace.

Hence young Armenians lack confidence in their native country. Whereas some chose to stay single and avoid the responsibility of starting a family, others move to foreign countries. According to official data, a quarter of all Armenians who were born in the 1990s have already left Armenia. Some 100,000 Armenian nationals reached Turkey illegally and took jobs in the service industry.

How about Azerbaijan? The country’s growing population has been supported by a thriving economy. Since 1992, its GDP grew from $8.8 billion to $47 billion.

Why, then, did Armenia attack its neighbor? Did Armenian leaders assume that Russian President Vladimir Putin would have their backs?

Armenian aggression toward Azerbaijan has been rooted in three countries to date. First, Russia guards Armenia’s borders, keeps troops in the country and views the Caucasus as its backyard. Second, there is France. Last but not least, the Armenian diaspora is quite powerful in the United States.

According to sources, however, Armenian Prime Minister Nikol Pashinian is on bad terms with Vladimir Putin. How the Armenian prime minister ended up running the country is no secret. The Russians, possibly seeking to punish him, have kept their silence. The U.S., in turn, remains focused on the upcoming presidential election. The White House is thus unlikely to meddle in the Russian sphere of influence. Finally, France lacks the power to entangle itself in this remote part of the world.

Some experts say that Pashinian started a fight, despite his lack of friends. In their view, Armenia’s economy is about to crash and burn. According to the World Health Organization (WHO), that country has been one of the world’s 10 worst nations in terms of its COVID-19 response. With the Armenian people increasingly agitated, Pashinian’s appointees quit their jobs one by one. Economic and social instability makes its mark on the political sphere, too. Analysts, therefore, note that Pashinian launched an irrational military campaign to sweep his problems under the rug.

It all could have been different. Unfortunately, Armenia suffers from a particularly persistent strand of nationalism and blind faith. That toxic mix hurts the country’s relations with Azerbaijan and Turkey. Indeed, Yerevan views Turkey from a century-old perspective and sees Azerbaijan as if the past three decades never happened. That fuels extraordinary instability in the region.

All those people did not need to die. War and violence were not necessary. There is no reason to believe that Azerbaijan wanted to fight either. If Armenia were to retreat from the areas it occupies, without bloodshed, a 30-year-old wound will begin to heal and the Caucasus could work toward stability again.

Imagine how Armenia’s relations with Azerbaijan could normalize, its border with Turkey could reopen, trade could flourish and the Armenian economy could grow under those circumstances. Yerevan’s politicians, however, do not choose to take that sensible path. They seem to want poverty, war and chaos for the Armenian people. That’s possibly the worst way to treat their own people.