Who will pay for the COVID-19 pandemic? 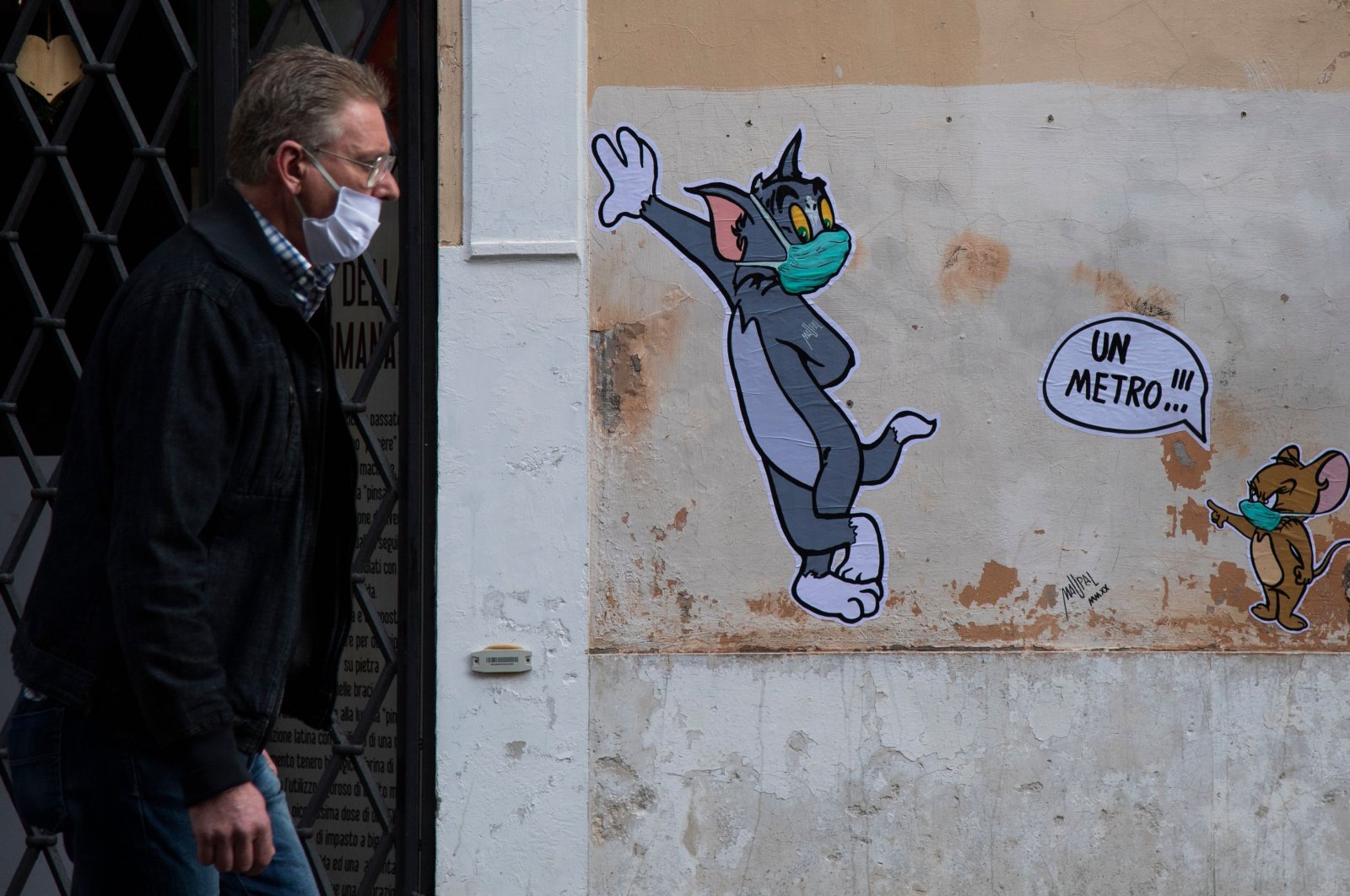 A man wearing a face mask walks past a mural by street artist Maupal, created to pay homage to late Gene Deitch, the creator of "Tom and Jerry," during the country's lockdown aimed at curbing the coronavirus spread, Rome, April 29, 2020. (AFP Photo)
by Yahya Bostan May 04, 2020 12:05 am
RECOMMENDED

By the time today’s paper went to print, reported COVID-19 cases around the world had surpassed 3.5 million and the death toll stood at nearly 250,000. By any measure, those are massive numbers. In the United States alone, some 67,000 people passed away. Italy, the United Kingdom, Spain and France suffered very serious losses as well. China, where the pandemic originated, ranked 11th in the number of fatalities.

Nothing on Earth is more valuable than human lives. That so many people have already died in and of itself is a very serious problem. Yet the COVID-19 pandemic’s legacy won’t just be lives lost. The coronavirus will mean serious repercussions for national economies around the globe.

In the wake of the pandemic, China reported a 6.8% drop in its gross domestic product (GDP). Here’s what that number really means: Renowned economist Mahfi Eğilmez wrote in late January, weeks before the COVID-19 outbreak became a global phenomenon, that China projected 6.2% growth in 2019. He stressed that the Chinese economy needed to grow by no less than 10% annually to keep improving the living standards of some 1.3 billion citizens.

Since then, the coronavirus has struck, turning the world upside down. The situation is not exactly great elsewhere either. France entered a recession, as its economy shrank by 5.8% in the first quarter of 2020 – the sharpest economic contraction since World War II. The European Union’s GDP, in contrast, decreased by 3.5%. In the United States, the change in private companies’ market cap looks similar to what occurred during the Great Depression.

The crisis could continue to deepen. Although there are strong signs that the rate of new infections is slowing, it remains unclear when and to what extent national governments will start easing economically crippling restrictions. Financial performance is closely linked to politics. Countries that managed the pandemic rather successfully could experience political uncertainty. Governments that didn’t protect their citizens from the coronavirus particularly well could face serious political repercussions once the resulting economic crisis hits. In the United States and elsewhere, the COVID-19 pandemic could result in a change in national political leadership.

There are no two ways about it. The pandemic, with its grave humanitarian, political and economic consequences, will lead people to look for a scapegoat. As nations pick up the pieces after the crisis, politicians and ordinary citizens will try to explain what really happened – and point fingers. Some people will accuse their national government. Others will blame China, where the pandemic began.

The public debate has already started. John Roberts, Fox News’ chief White House correspondent, tweeted over the weekend that, according to a senior intelligence source, there was “agreement among most of the 17 intelligence agencies that COVID-19 originated in the Wuhan lab,” meaning the Wuhan Institute of Virology (WIV). The same official told Fox News that the virus was believed to have been released unintentionally.

U.S. President Donald Trump seems to stand by the so-called "lab theory," warning that China could be held responsible for what happened as a result of the ongoing investigation.