Yet again, Macron murmurs 'Turkeyphobia' for own sake 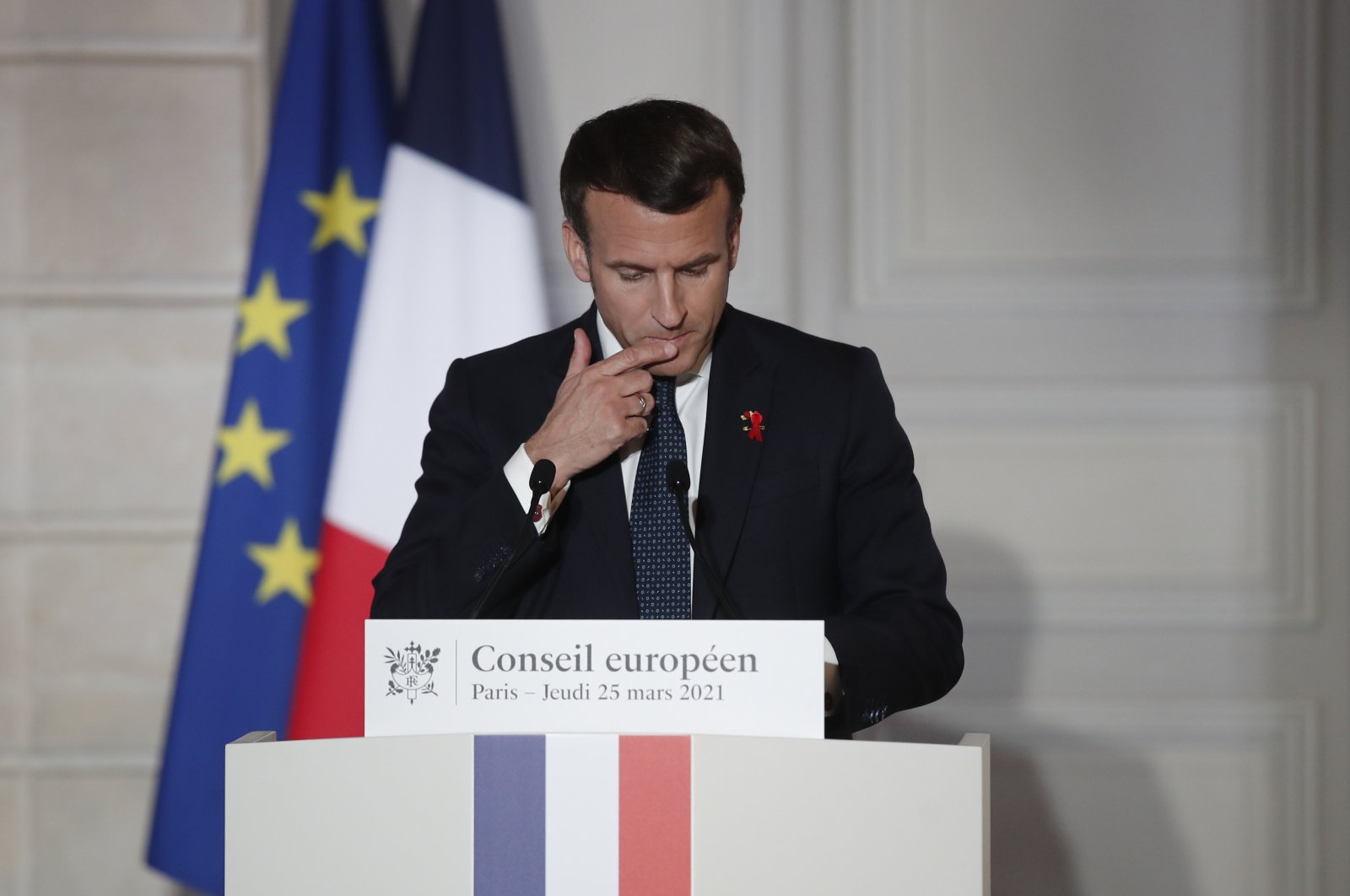 Europe’s leaders gathered this week to exchange views on COVID-19 vaccines, the bloc’s relations with Turkey, the United States and Russia. That the Europeans looked for ways to encourage Ankara to work constructively with the European Union was welcoming news.

Josep Borrell, the EU’s top diplomat, also called for a “progressive, proportionate and reversible” approach. Specifically, a plan that involves taking positive steps, gradually and without setting aside existing problems altogether. It focuses on updating the customs union and preventing illegal migration.

Indeed, Germany’s Angela Merkel praised Turkey’s de-escalatory steps in the Eastern Mediterranean and its central role in the refugee crisis. She also described Ankara as a “very reliable” partner.

French President Emmanuel Macron, in contrast, highlighted Europe’s Turkish dilemma in an interview with France 5. First, he recognized Turkey, a NATO ally, as an important trade partner and a key ally in the fight against illegal migration toward Europe. Then, Macron spoke about the fear that 3 million Syrians will come to the continent. Finally, he claimed that Turkey was going to “attempt to influence” French elections.

Why did the French president, whose relationship with President Recep Tayyip Erdoğan recently improved, make that allegation right before the EU leaders’ summit? Was he trying to position himself against the idea that Europe must work with Turkey – which the German chancellor embodies?

Did he aim to merely signal that he would keep playing the bad cop? Or were Macron’s remarks about showing the French people that he can still criticize Turkey and its president?

Possibly, all of the above.

It is unfortunate, however, that the French president insists on making accusations despite having failed in his past attempts to fight Erdoğan. The claim that Turkey would meddle in Western elections – a la Russia, China and Iran – is unacceptable.

It is both baseless and a sign of weakness. A kick in the teeth of Turkey’s attempt to repair the relationship.

To make matters worse, Macron’s most recent accusations suggest that he may build his reelection campaign around Turkey next year. Under pressure from the far-right, the French president seeks to fight Marine Le Pen, the chairperson of the far-right National Front (RN), with references to the “threat” of Islam, Turkey and Erdoğan.

For the record, that approach is hardly original. European politicians have heavily relied on fearmongering since the Brexit referendum. This time around, it is Macron, who failed to solve France’s economic problems and failed against Erdoğan in Syria, Libya and Nagorno-Karabakh, that turns to populism.

He thus attempts to arm himself with "Erdoğanophobia" as well as the discourse of “separatism.” Despite all his cheap populism, I must add that Macron has been straightforward on one issue: He admitted that Turkey plays a key role in Europe’s strategic interests.

Another fact, with which Macron and others must make their peace, is that Turkey has now attained a new international standing under Erdoğan’s leadership. Europe must now engage Ankara fairly and as an equal.

The West’s search for a magic formula, whereby Europe will not “lose” Turkey without making concessions to its president, is meaningless and ultimately futile.

After all, Erdoğan clarified the contours of Turkey’s national interest by taking a series of steps that the Europeans deemed “aggressive.” There is no turning back from that. The idea that Turkey must be treated fairly is now part and parcel of Turkish politics.