5 scenarios that will increase productivity in Turkey's agriculture 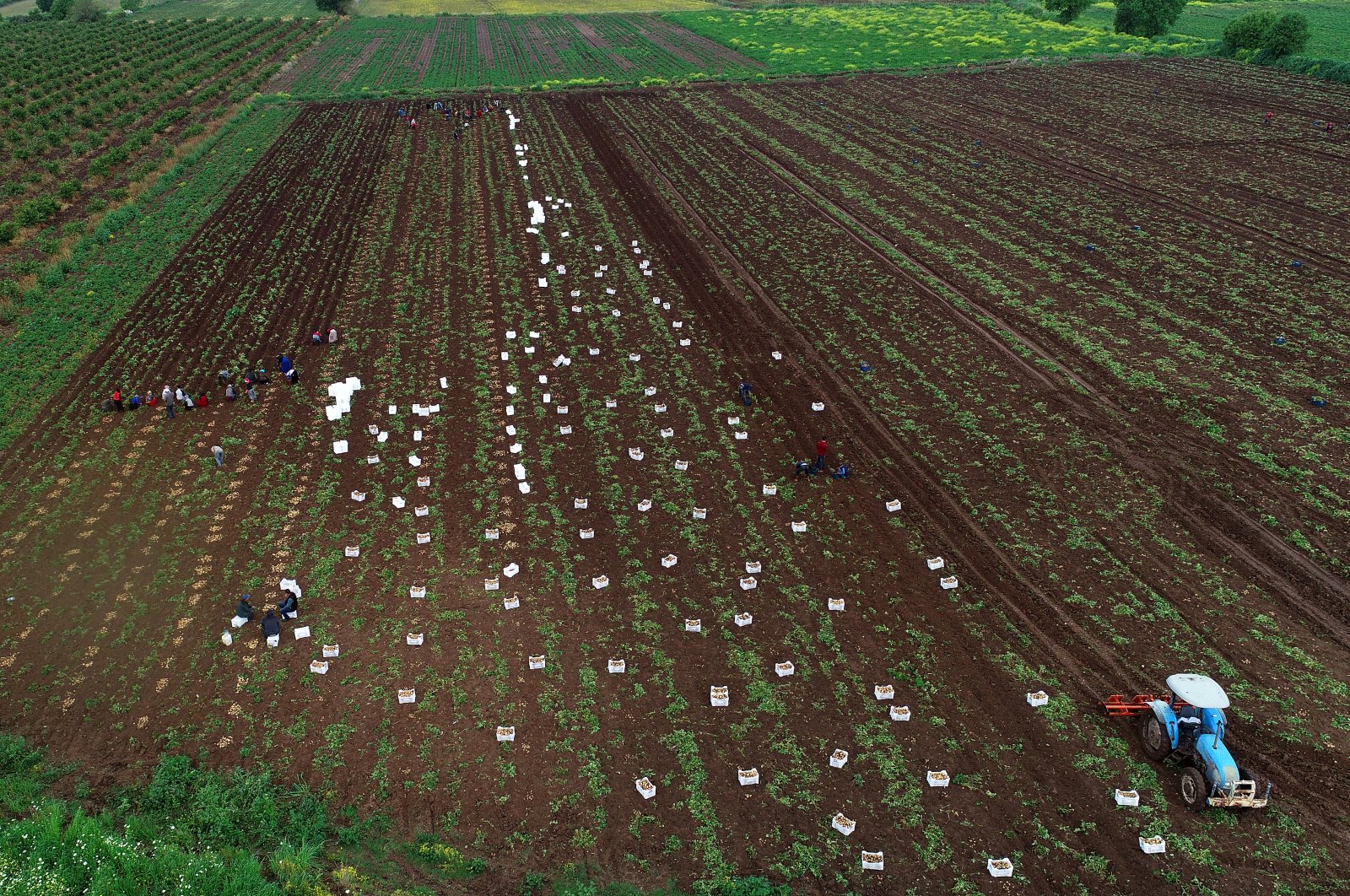 Farmers harvest potatoes in Adana, one of the country's leading agricultural provinces, southern Turkey, April 19, 2019. (AA Photo)
by Mine Ataman Aug 21, 2020 12:05 am
RECOMMENDED

Last week, Turkey’s Ministry of Agriculture drew attention to the topic of assessing the country's most strategic agricultural products. While speaking on the topic, the ministry's statements focused on efficiency and profit-oriented optimization with the aim of assessing the potential of agriculture and increasing revenues.

The ministry has been working on five alternative models of agricultural production to increase profits that specifically focus on agricultural crops sewn on existing land.

A study conducted by the ministry regarding this matter does not take the strategic products into account first; rather, it plans agricultural crops focused on profitability.

For example, if we plant peanuts across the country, profitability will increase fourfold – but what are we going to do with all those peanuts? It is also unclear if the allotted farmland can produce peanuts.

The ongoing study is considering five alternatives through the analysis of strategic products. For example, in the scenarios, it turns out that if the oilseeds are given priority, they will provide the highest revenue. The aim of the study is to increase farmers' incomes as well.

When then-U.S. Secretary of State Henry Kissinger said in 1973, "If you control oil, you control nations. If you control food, you control people," he wanted to talk about both self-sufficiency and being a monopoly in the production of agricultural products of strategic importance to the world.

Then the question is: What are states' agricultural objectives? They could be classified as self-sufficiency, increasing agricultural incomes and being a world leader in the distribution of strategic agricultural products.

You have to consider two different perspectives. The first is the agricultural products needed to feed the poor people of the states at a reasonable price.

Affordable food sources include cereals, rice, soybeans, vegetables and fruits, which are especially necessary agricultural products for feeding the poor people in underdeveloped and developing countries. The most consumed products in the world are grains, rice, corn and soybeans.

Second, strategic products are those that generate significant income in agricultural product exports. Coffee, peanuts, oilseeds, medicinal and aromatic plants attract attention as the face of agricultural exports and money-generating products in the countries where they are produced.

Another feature of these products is that they can be converted into value-added products and their profit margins are high. For example, Swiss hazelnut chocolate is an important example of a value-added product that is produced by importing Turkish hazelnuts for $6 (TL 44) and converting it into a product exported for $30.

At the same time, the fact that they can be cultivated in a limited area around the world gives the countries that produce them an advantage.

Let's not forget this: Countries that sell coffee make much less money than countries that process and sell coffee. In this respect, self-sufficiency in agriculture is a valuable advantage but not necessary.

For instance, Dutch cultivation areas are very few compared to the foods they produce. If you are a wealthy country, you do not need agricultural land, you can produce agricultural products without land as Dubai does.

The biggest mistake made when discussing agriculture in Turkey is portraying agriculture as a romantic endeavor. Agriculture is a trade. Commercial strategies should be determined rather than romantic planning.

As a result, the answer to the question of what Turkey should produce can be described as the production of agricultural products that can be used with seeds suitable for climate change. Raw materials suitable for functional foods, the foods of the future, must also be among the targets of production.

Currently, Turkey is the world leader in four products – hazelnuts, cherries, figs and apricots. What we produce in the future will also show whether we can make money from agriculture. The products with the most potential are medical aromatic plants, shelled fruits, oilseeds and legumes.

With all these agricultural products, we can gain a competitive advantage in exports with the brands of functional flour products and supplementary food brands we will create.

Considering the five scenarios within the scope of the study on increasing profitability in agriculture announced by the ministry, it is useful to examine the current situation of the products in question.

In the priority scenario, cereals can be increased by 6.48% in the gross national product (GDP). We are ranked fifth in the world now, so we are good to go. When we say oilseeds are a priority, we can increase our revenue by 13.53%.

Turkey, currently ranked eighth in the world in imports, has little to show regarding oilseed exports, but this area is very important and we need to start working on it immediately. If we prioritize legumes, the revenue can increase by 1.68%.

This alternative cannot create meaningful value, but in the long run, creating value-added products of the future is the right area to produce functional foods. When we primarily increase cotton and wheat, we can increase our revenue by 9.24%.

Turkey, which ranks third in the world in terms of wheat imports, has no domestic weight in exports. The superiority of cotton in the past has disappeared over time for various reasons. Its alternatives need to be studied.

In summary, legumes and oilseeds are important agricultural products for future foods and must be studied.

Agricultural exports should be embraced. Products that are not suitable for our geography can be purchased from outside. The production of agricultural products produced in this geography for thousands of years should be transformed into value-added products through a sustainable structure.

After all, agriculture is an important occupation, not a hobby. It will become even more important in the future with its commercial side, not the romantic side.