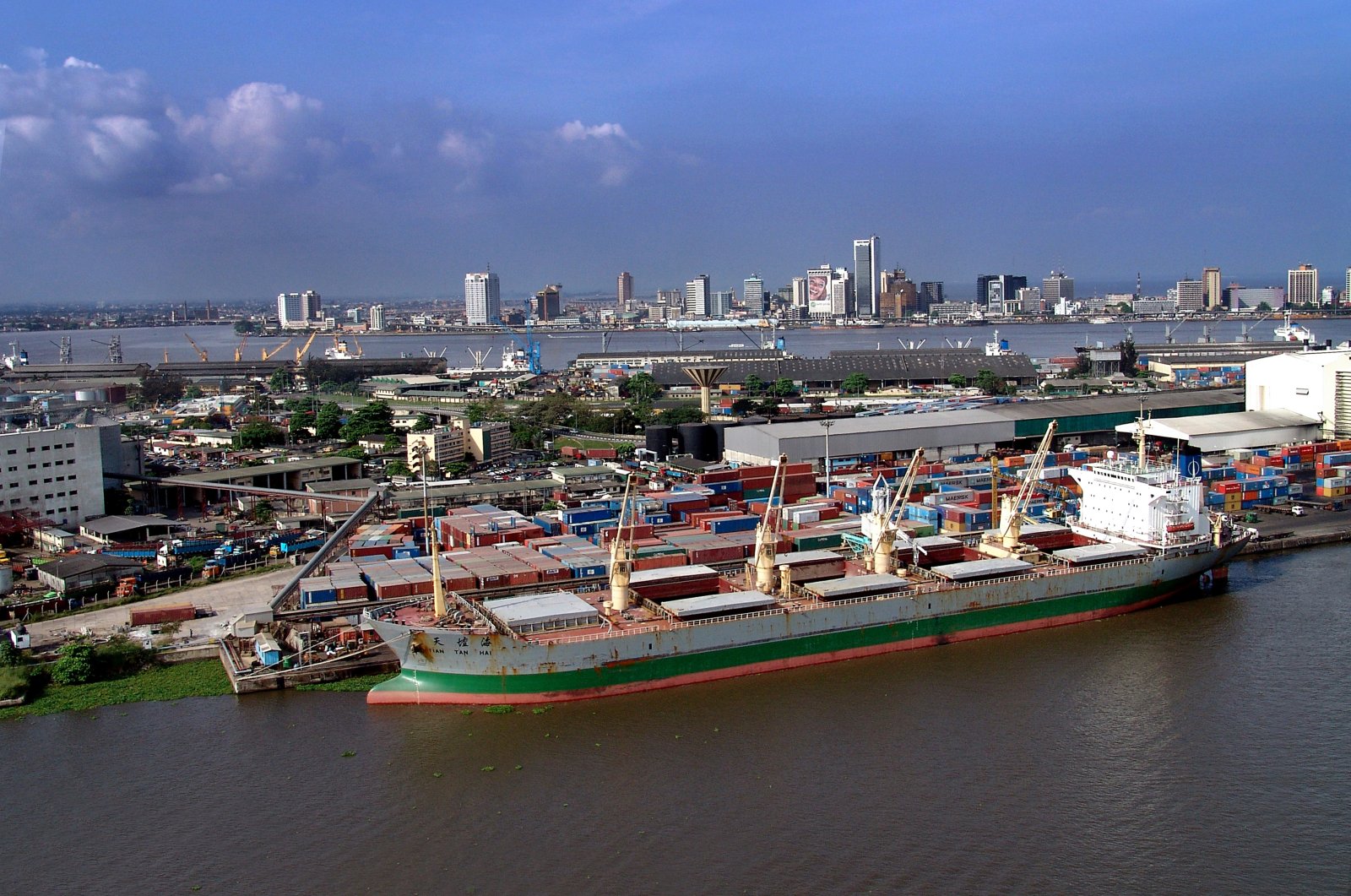 When the African Continental Free Trade Area (AfCFTA) went into effect on Jan. 1, it became the world's largest such region, and it will help member states overcome chronic burdens on commerce and their economies

A new era for international trade, particularly for the whole of Africa, has started. In 2002, thanks to the lessons it learned from its 40 years of experience, the African Union (AU), consisting of 55 member states, began transforming the continent in the 21st century.

In this context, undoubtedly, one of the most outstanding efforts has been the foundation of the African Continental Free Trade Area (AfCFTA) – a formation the planet will very often hear about. Having come into effect on Jan. 1, 2021, the AfCFTA is now the world's largest and the most comprehensive free trade area (FTA).

For years, African societies were not given the opportunity to become familiar with the first three industrial revolutions and they were excluded from the very historical processes despite their will.

Today, however, they are preparing to join the Fourth Industrial Revolution and will be one of its practitioners.

The idea of establishing an FTA consisting of all the African countries was indeed discussed for the first time in 2012. Last year, a total of 54 countries, with the exception of Eritrea, signed the AfCFTA.

Although the signatures of 22 member states were sufficient according to the initial plan, this number was exceeded without much difficulty. It had even been scheduled to be launched on July 1, 2020, but due to the coronavirus outbreak, it had to be postponed to Jan. 1, 2021.

One of the most crucial steps was to find a leader who had enough experience to manage this multi-member structure.

Wamkele Mene, a South African jurist and veteran negotiator, became the secretary-general of the AfCFTA by receiving two-thirds of member states' votes – a huge amount of support that is not common in AU elections.

Another issue was whether the headquarters of this new organization should be located in Ethiopia's capital Addis Ababa, the same city as the AU, or in the capital of another member state.

The AfCFTA decided to stay away from the shadow of pressure from the AU's permanent members. So, they chose Accra, the capital of Ghana, as the headquarters for their promising organization.

The AfCFTA's biggest advantage is the strong political will behind it, given that all the statespeople agreed to support it, but conversely, the private sector remains skeptical of the group.

In addition, the financial damage caused by the pandemic to Africa in 2020 is estimated to be around $80 billion, and that's just for now. The African Development Bank's (AfDB) data is even worse.

Indeed, amid the pandemic, African countries' external dependence has reached an unbearable point. Their commercial ties are not strong enough to help shoulder this unexpected burden and it has shown the continent's desperation to prevent the spread of the coronavirus.

For the first time, on every occasion, African statespeople have iterated that increasing trade within the continent and removing barriers to building strong commercial networks among themselves is more than a must.

In line with the pandemic's fallout on world trade networks, the demand for basic necessities produced in different countries on the continent did not increase at the expected level. After all, without the necessary transportation routes and infrastructure, the logistics chain was inevitably insufficient.

While the continent constitutes 17% of the world’s population, its share in international trade is just 2%. Thanks to the AfCFTA, however, this proportion is expected to gradually increase over the next 10 years.

The impact of air and sea transport was not expected to decrease significantly until this year. From now on, ground shipping will become crucial, especially inside Africa.

According to the AfDB, the pandemic brought a loss of $145.5 billion across the continent in 2020. In addition to further escalating unemployment, which is the most challenging economic problem to solve, it has brought unexpected debts to various countries.

According to World Bank data, after years of positive results achieved through successful initiatives, 40 million people have suddenly fallen into poverty. Across the continent, gross revenue fell to 0.9% in 2020 from 5.8% in 2019.

The AfCFTA will boost intercontinental interactions by 7%, which will grow trade by $450 billion. It will also help with unemployment as it will rescue 30 million people from poverty.

Per the deal, customs tariffs applied to commercial goods produced inside the continent will be reduced by 90% in the first five years, by 97% over 10 years and then will be completely removed.

Bureaucratic procedures for international trade will be reduced, customs transaction periods will be shortened, quotas will be set and product origins will be identified.

Non-tariff barriers, one of the continent's most serious economic problems, will be removed. Distribution chains all across Africa will be supported and developed.

The only way to get rid of the dominant colonial commercial order in Africa is through AfCFTA. The previous "order" always required raw material sources to be transported outside the continent and processed inside it.

In this way, the value added would go to Europe, Asia-Pacific and the Americas. Now, the AU will restructure its intercontinental economy and stop this patronizing order.

Despite an increase in recent years, the amount of intercontinental mutual trade ranged between 14.4% and 18%. By comparison, the percentages are between 50% and 59% for Asia and between 68% and 73% for Europe. The Africans are now resolute enough to put a lid on this state of affairs.

Although state customs tariffs across the continent constitute a substantial source of income, they are also the biggest obstacles to African industrialization as industry is an important tool in the development of each country. From now on, the internal processing of raw material resources will benefit African countries themselves, not China, India or European Union member states.

If they continue to import European and Asian-made basic necessities, they cannot get rid of external dependence. Even though intercontinental trade will remain limited depending on local industrial production, it is more profitable in terms of added value.

There are innumerable benefits. For instance, any product made in any country will travel the entire continent duty-free.

Everyone knows that founding and operating such a great order will not be possible with instant decisions. It will take years for the countries to align their laws with AfCFTA requirements.

Moreover, even though foreign investors of finance are from inside the continent itself, countries like Ethiopia oppose their settlement within their borders. The most-industrialized states have always been the biggest earners in the FTAs.

This happened in the Americas and Europe, and the initial processes were detrimental to member states. The same will happen for Africa, and the AfCFTA is likely to be criticized.

Africa will not go through a simple industrial period just to stick a “Made in Africa” label on products. For instance, you cannot achieve high value-added industrialization by stitching a button on a shirt sewed abroad in any African country, or by packaging medicine brought in large boxes from abroad and placed in small ones in any African country.

The brand will globalize Africa using the AU's guarantee. The criteria are currently being set and when that is completed, it will turn the continent into a finished and semi-finished commercial goods production center.

Certainly, “Made in Africa” will not apply to every product in the early years. As in France's case, with which its label brings at least 45% added value to the national economy, a similar application will be adopted. Today, the U.S., China, Japan and Canada have their own tags on their products and for America, at least 75% of production must be carried out on-site.

Instead of applying all phases of a product's production in one country – a practice that was common around the world for a long while – the creation of goods is now completed using international contributions. Africa will gain ground being on its own in this network.

If the AfCFTA's criteria are simplified, it likely means Chinese products will invade the continent. For instance, will commercial commodities produced in China be labeled “Made in Africa” after they go through some minor transactions in Africa?

This will not be allowed. Unfair competition must be prevented. A repeat of the damage caused to society and the environment in Asia and South America by out-of-control production will be avoided.

Well before Africa's FTA was put in motion, there had already been multiple regional crises across the continent and they have continued to increase.

Although Nigeria and Ghana have no land border, their tensions in recent years are damaging both their own economy and that of the entire region. It seems that ultranationalist reactions and protectionist measures confine countries to their shell.

It has become clear that slogans such as “Nigeria First” or “Ghana First” no longer benefit these states much in international trade. Although a border closure is a political decision, it affects all of society with its economic impact. As a result of the breakdown of trade relations, national economies lose billions of dollars annually.

Regardless of how much Nigeria increases its amount of domestic products or becomes stronger by preventing illegal weapons crossings, the fact that Nigeria accounts for 65% of gross revenue in West Africa allows it to ignore the AU's overall interests.

One of the most important effects of the AfCFTA will be its contributions to countries that do not have their own natural resources and to those that are landlocked.

As Morocco, Egypt, Tunisia, Kenya and South Africa currently export a broad range of commercial goods and Libya, Nigeria, Angola, South Sudan, the Republic of the Congo and Chad essentially only export oil, being in the same trade zone will lead to new processes.

Although there will necessarily be losers when the FTAs are established, the number of winners will be greater in the long run.

Currently, intercontinental trade creates $80 billion in revenue. In some countries, such as Nigeria, the private sector has struggled to stay out of this process, pressuring political will, but it failed.

Africa is not the black hole of world trade, and just like other countries, it has taken its share of the growing international network in the 21st century, doubling its commerce between 2003 and 2013.

Nevertheless, its shares of global exports and imports are 2.8% and 2.5%, respectively. The subsidies that the U.S. and some other countries provide to their producers, especially on some vital products such as cotton, make it impossible for African producers to compete.

European nations are partially likely to bring back their investments that they had moved to other continents. Over the last two centuries, the best developing countries in economic terms have been those that have used their human resources most efficiently. This, in turn, gives Africa a great advantage for the future.

As in South Korea, the demographic structure supported by education remains the most important factor.

The AfCFTA will be the engine of this vast geography. The trade ministers of the signatory states will meet twice a year. Customs updates will be made ready as quickly as possible and funding will be provided by the AU. After all, African leaders know that they must lead the formation themselves.

Africa's food industry will be the first to come into play. The continent, where 65% of its arable land can be irrigated, will offer numerous opportunities in this respect.