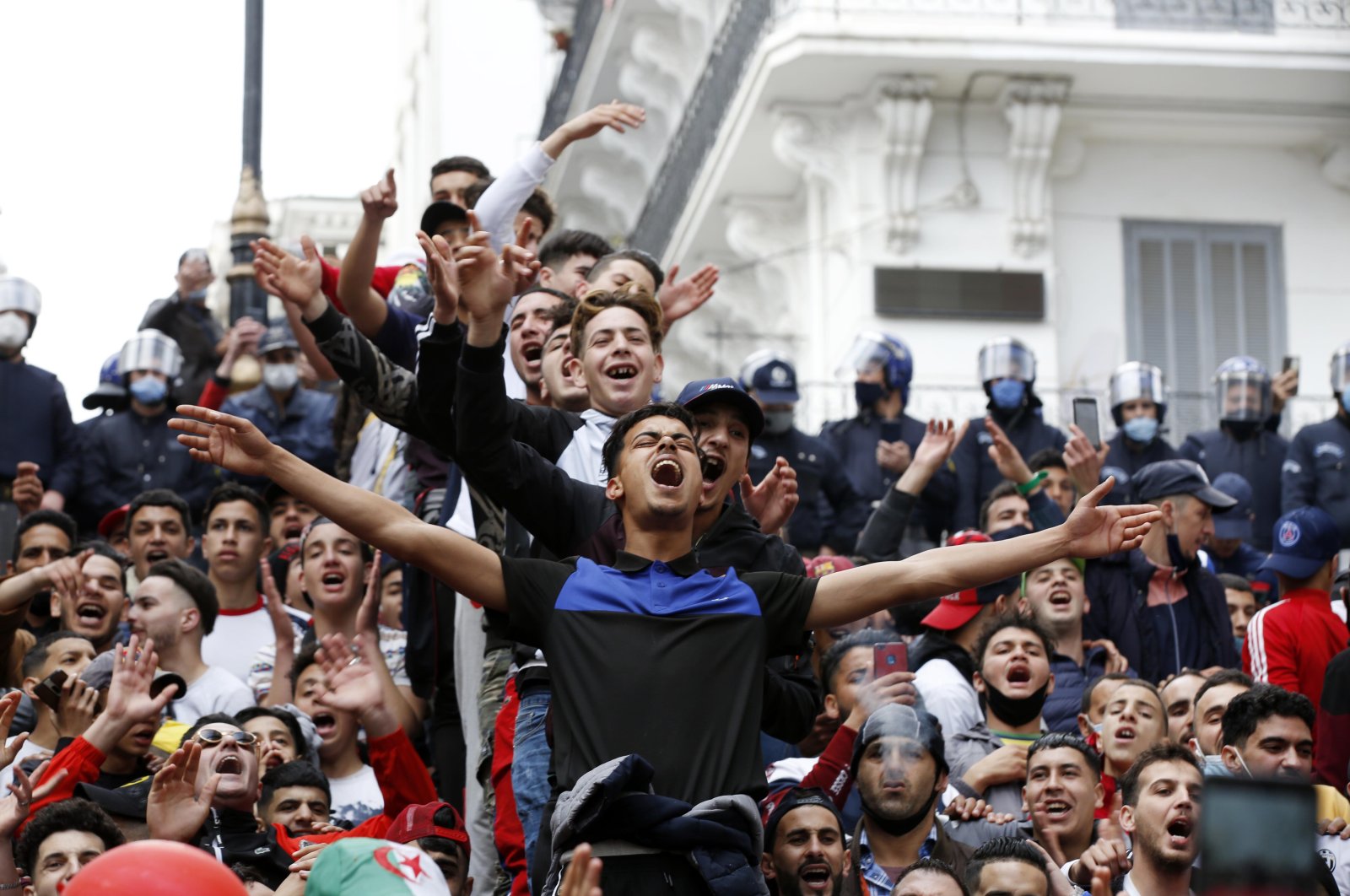 On Feb. 22, 2019, millions of youth took to the largest cities’ streets across Algeria. They gathered together to denounce the fifth-term charade of former President Abdelaziz Bouteflika. Their slogan was "enough is enough!"

An important political aspect of those nine-month peaceful protests against the ex-president’s oligarchic system is the youth’s presence, which played a major role in the sociopolitical mobility of the Hirak movement.

Three-quarters of the Algerian population is under the age of 35. The majority of the nation is within the youth category; however, the circumstances created by the government are to the detriment of young people in Algeria to some certain extent, such as a high rate of unemployment or hindered rights to participate in the political, social and economic activities, despite the new initiatives of President Abdelmadjid Tebboune.

Chronologically, the youth as a vital force in Algerian society had been vocal for decades, either as an intermediary sociopolitical voice used by the regime or by the opposition. In this stance, the former was through the National Liberation Front's (FLN) party organizations such as the Algerian National Youths Union (UNJA) in the 70s and early 60s called "Chabiba" (Youths).

The UNJA, a FLN satellite party, was a strong channel advocating the regime's policies in universities, local towns and mid-size cities. The very young militants were active in universities, theater, music and religious activities.

The very movement led to the years of religious awakening in Algeria and across the Middle East and North Africa (MENA) region. It was the rise of the youth, who espoused "the brothers' doctrine" in the aftermath of a new wave of change in the late 80s.

Sociologically, the youth perception in Algeria is a very complex one. Following the political turmoil in the 90s, the Algerian youth had suffered greatly from terrorism and counterterrorism tragedies. They fell victim to hot wars and intra-regime fights.

Between 1992 and 1999, the notorious war left the Algerian youth perplexed and lost. Demoralization hugely affected them and society as a whole. They, in a way, dismantled all the social codes established by the regime since 1962.

A ray of hope

In such an environment, Hirak emerged as a collective manifestation of anger and radical change. The movement challenged the political establishment and the elite, which were diminishing the youths' political awareness and status in society for decades, calling them "losers."

With Hirak, new positions emerged in Algerian society such as "Harraga” (men who partake in illegal migration to Europe on boats) and “Hitists” (wall holders – unemployed men who do nothing but chat all day long on the side streets in their neighborhoods).

However, the Hitists and Harraga astounded the elite and political party leaders when they declared their opposition to the regime and its oligarchs from the bleachers of the Algiers Olympic Stadium, chanting: “Y’en a marre, y’en a marre, yina mine had al-pouvoir” ("Enough is enough, we are tired of this regime").

This anger was the result of three decades of frustration, marginalization and humiliation. Unlike the universities, the voices chanting from the bleachers wanted to make their message heard across the country. On those peaceful Friday and Tuesday marches, the youth proved they had the coherence to shape the nature of the new sociopolitical imperative.

The heterogeneous youth movement played a major role in Hirak’s slogans and vivacity. The Hirak denounced the poor governance of Algeria, a positional fundamental to the spirit of the movement. The youth of this North African country opulent in natural resources is suffering in the Mediterranean and looking for a better life elsewhere.

However, the youth movement in Algeria is divided like any serious element in the equation of change and stability in the country.

The youth movement was not well organized just like the overall national social and political structure because of the patronage system and the buy-off of the "social peace" policy under Bouteflika.

During Bouteflika's term, billions of Algerian dinars were spent in fictive projects to keep the youth politically silent.

Consequently, the peaceful mobilization of protesters did not match the full spectrum of the message of change. This didn't happen in spite of the new Tebboune administration, which has been trying to provide the youth a new space for better socio-political development.

To understand from a sociological standpoint, the space controlled by the youth is a social and political necessity, so the Hirak helped the young people position themselves as a loud voice of change.

"However, in this long sociopolitical discourse sent to the authorities, they often had to go through sort of hide-and-seek game with the regime,” said Karima Megtef, sociologist and youth expert at Algiers University.

Once the demand for freedom of expression was accurately expressed from soccer stadium bleachers before the spark of Hirak, it ignited radical, mobile, audible change.

Many Algerians were already mobilized at the grassroots levels and were ready to take back political and public spaces, opposing the imperative of law and order imposed by the military.

Thus, the Algerian youth protested the main problems that lie beneath the social disorder and economic unrest: Unaccountability, corruption and a lack of different perspectives.

They have done so not only by protesting but also by offering an alternative model that emphasizes promoting social solidarity and political diversity.

Nevertheless, regardless of whether the ongoing protests are another Hirak or temporary development, Algerians are today divided.

The youth continue to take over public spaces in times of crisis, calling for societal reform as the current system no longer reflects this generation and its social code.

A new Algeria is on the horizon and a new social design is in the process of shaping its society. It is a paradigm that Tebboune is eager to put in place throughout civil society. It is a strategy to further corner the conventional political parties that are losing credibility among young voters.

Subsequently, the mobilization of the youth in 2019 brought Algerian society together and temporarily put aside diverse stereotypes. It had undoubtedly created a new political space in which relations between the youth and elite could transcend.