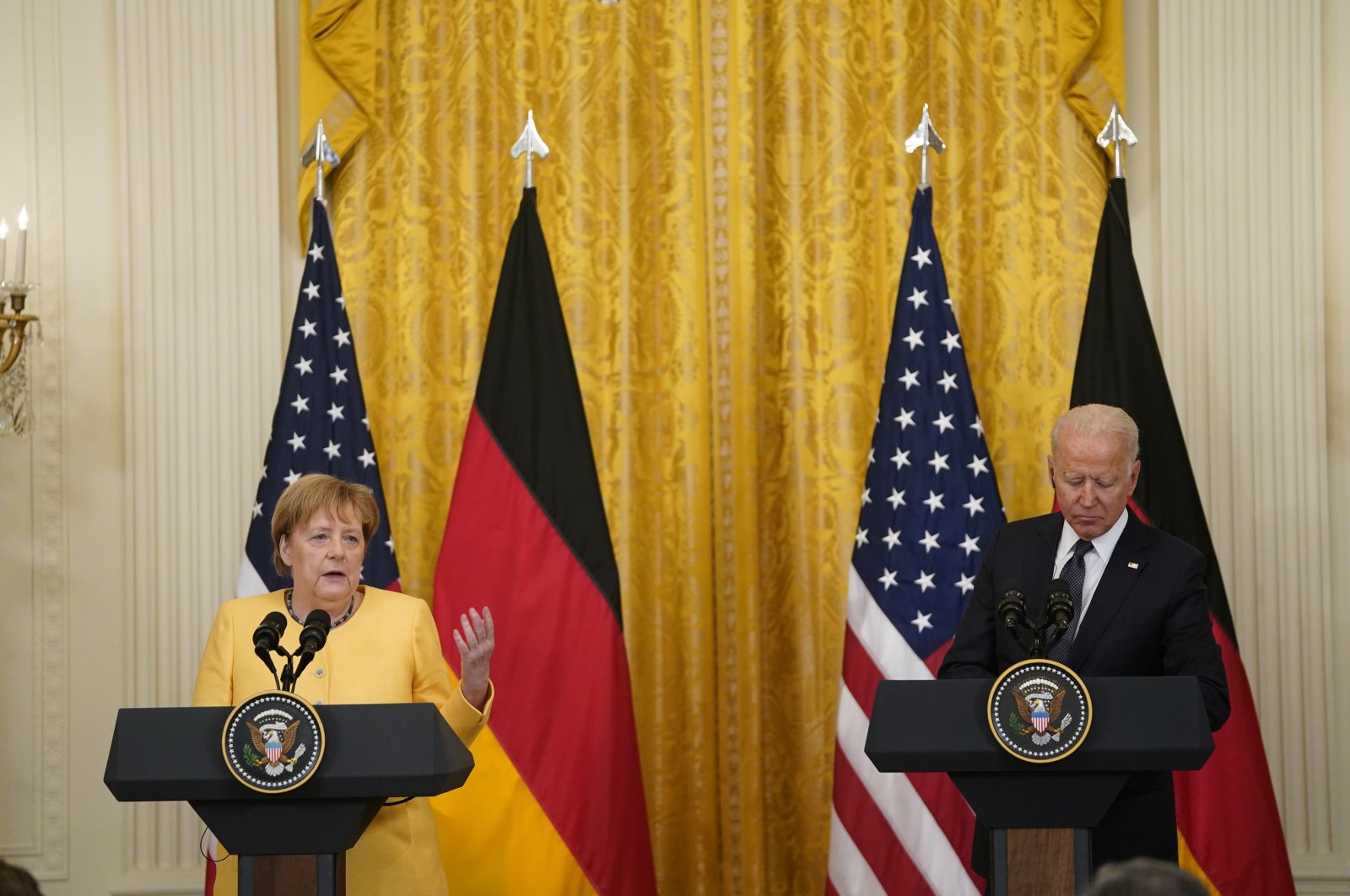 Merkel has consistently played a key role in trans-Atlantic relations between Europe and the U.S., engaging with four different American presidents as chancellor of Germany between 2005 and 2021

An era is slowly coming to an end. German Chancellor Angela Merkel will not be a candidate for the chancellorship in the federal elections this September.

Merkel has consistently played a key role in trans-Atlantic relations between Europe and the U.S. After all, she has witnessed four different American presidents as chancellor of Germany between 2005 and 2021 with George W. Bush Jr., Barack Obama, Donald Trump and now Joe Biden.

U.S. Secretary of Defense Donald Rumsfeld had referred to Europe around Germany and France as "Old Europe," while referring to the Eastern European NATO countries as the "New Europe." Germany and France, as is well known, joined Russia in opposing the war in Iraq.

On the other hand, Eastern European NATO countries have expressed their full support for the U.S. to ensure American protection against Russia.

Merkel had already spoken out in favor of the Iraq war when she was at that time still in the opposition. After she became chancellor, she was not only concerned with improving trans-Atlantic relations again but also with restoring cohesion within Europe and the EU.

This statement is not surprising, as the former chancellor had formed an axis in Europe together with France and Russia, which put the interests of the U.S. on the European continent in danger. Germany's opposing actions and cooperation, especially with Russia, was an absolute novelty for the U.S. With Merkel, the U.S. had a trustworthy chancellor who only barely endangered American interests in Europe.

When Barack Obama took office in 2009, relations with Europe and Germany were supposed to improve again. Despite the problems that arose, such as the NSA wiretapping scandal, both countries were able to maintain better relations with each other over the years.

The openness of the American Democrats around Obama towards the Europeans benefited Angela Merkel in particular. She thus did not have to carry the burden of the problems in Europe on her shoulders alone. Germany's sole capacity would also not have been sufficient to solve and manage the problems arising on the European continent. This fear was to be confirmed after Barack Obama's term in office.

After it became clear that Donald Trump would be the new U.S. president from 2017, not only Merkel and Germany, but the international politics, in general, had to adjust to a new direction.

The refugee crisis in 2015 and the resulting rise of far-right parties in Europe, the Brexit agreement and ultimately the election of Trump were major factors for the increasing distance from liberal thinking.

For Merkel, it was, therefore, a major challenge not only to cope with the new dynamics within German politics, but also to hold the EU together with Eurosceptic presidents, especially from Hungary and Poland.

The "American First" policy put a considerable strain on the cooperation between the U.S. and Germany. Trump's criticism of Germany's low financial participation in NATO and the U.S. withdrawal from the nuclear agreement and from the Paris Climate Agreement were to dominate the problematic German-American relations.

As a result, Germany's trade opportunities were significantly reduced and its economic interests were put at risk. Therefore, Merkel had taken a consistently tough stance against Trump. This meant that left-liberal Democrats in the U.S. saw Merkel as the leader of the "liberal world" during this time.

Trump's election has taught Europeans, and Germany in particular, that the U.S. partnership should not necessarily be seen as guaranteed. Germany has realized that it needs to act more independently in order to survive in the international arena.

After Brexit, Germany's main concern was not to lose the other EU member states either. The EU is very important for Germany's trade relations, which is why it is now also making greater efforts to secure EU membership for the Western Balkan states.

The election of Joe Biden also brought a great sense of relief among Europeans. However, there are still points of contention between the two countries. The biggest issue is certainly the Nord Stream 2 pipeline, which is to be built between Russia and Germany. Biden takes the same position as his predecessor Trump and is clearly against the construction of this pipeline.

The American side fears that Ukraine, which has been a gas transit country up to now, will lose importance because the European countries will be able to import their gas via the new Nord Stream 2 pipeline. This is why Ukraine has expressed its justified concern about being left alone if Russia were to threaten to stop exports through the pipeline via Ukraine. The Eastern European NATO countries also fear that this would make Europe too dependent on Russia.

Merkel has repeatedly assured that Ukraine would not be left alone in such a case and that she would act consistently against Russia. However, the Ukraine conflict in 2014 showed that, from the Ukrainian point of view, one cannot really rely on the EU states. That is why the credibility of Merkel's statements can be doubted.

Another obstacle is Germany's economy-friendly China policy. During his visits to Europe and at the NATO summit, Biden had clearly stated that he would stand united with his allies against China. Merkel, however, is concerned that Germany should still play a leading role in international trade policy.

The Merkel era is coming to an end. Having experienced four American presidents with different views, the German chancellor is interested in ending her own era in the best possible way. Merkel's main interest is to ensure that Germany remains capable of acting in the international arena.

Although she emphasized the trans-Atlantic partnership after Biden took office and underpinned the friendly relationship between the U.S. and Germany, Germany's trust in the U.S. has decreased.

However, this should not necessarily be attributed to Trump's election or Biden's views on Nord Stream 2 and Germany's China policy. International politics is just moving in a direction where states are more on their own. The changing policies of the U.S. and Germany's foreign policy are only a logical consequence of this dynamic international system.