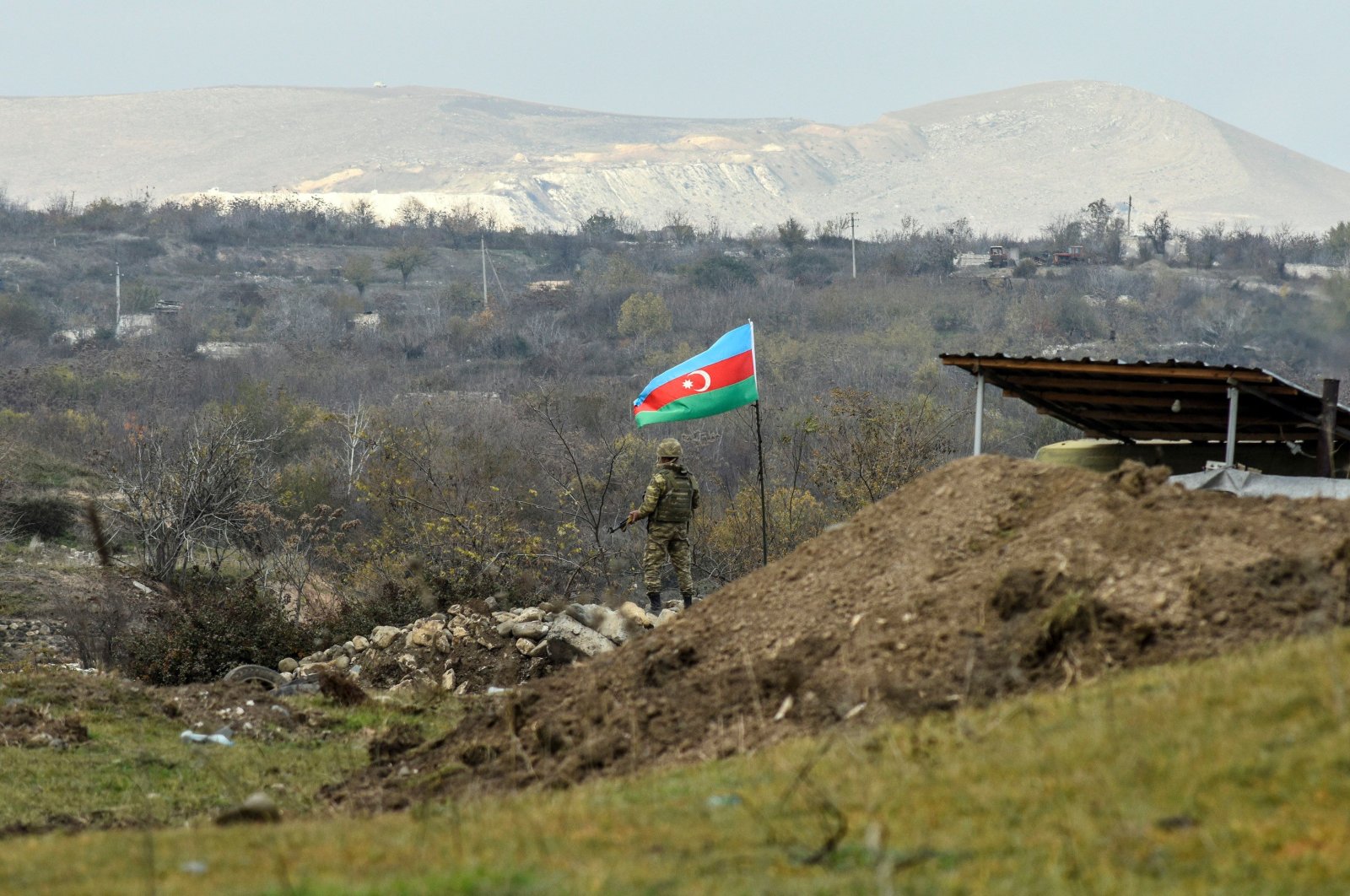 The second Karabakh war is over, and peace has come. But peace is not just an absence of war; it also should involve a settlement that makes future war no longer necessary or desirable. In the search for a functional settlement in Karabakh, it might be worth examining the political structures which were established in Northern Ireland in 1998 to accommodate diverse interests and make reconciliation possible between two divided communities.

After a 28-year conflict in the north of Ireland, a peace agreement was signed, known as the Good Friday Agreement of 1998. Despite some difficult moments, it has stood the test of time. There are a number of elements within it that might be appropriate to apply to the Karabakh conflict to assist the development of long-term peace and stability.

What we have in Karabakh, like in Northern Ireland, is a conflict between two nationalities. Finding an accommodation between what are effectively two nations sharing the same territory involves discovering a way these historic peoples can share this land in peaceful coexistence. The previous Armenian regime attempted to solve the nationalities issue by removing one of them entirely. It failed, and nothing of the sort should be attempted again.

For the next five years, at least, the Armenian population of two-thirds of the former Nagorno-Karabakh will be isolated from their Azerbaijani neighbors. It would be very unfortunate if they remain a ringed-off homogeneous enclave within the Azerbaijani state, guarded by Russian forces. That would maintain a “siege mentality” which would certainly not be conducive to the building of future good relations between the two peoples of Karabakh, or between Armenia and Azerbaijan. The lessons of Northern Ireland suggest there needs to be development of mutual trust and interest within Karabakh itself, as well as between Armenia and Azerbaijan to address the totality of relations in the conflict. So how can this be done?

The settlement in the north of Ireland was built from strands that addressed all the crucial relationships. First, there was an internal arrangement that involved the establishment of an inclusive power-sharing government with powers over local aspects like the economy, education, health, agriculture, infrastructure and policing. This government was a mandatory coalition including ministers from each community and headed by two joint first ministers. Applied to Karabakh, this would provide for a cabinet made up of equal numbers of Armenians and Azerbaijanis, sharing executive authority.

A local legislative assembly made of representatives from both communities, elected on a proportional basis, also makes up the consociational structures in Northern Ireland which could be a model for Karabakh. This would facilitate power-sharing in which the two peoples are required to engage with one another on an equal basis, with veto power safeguards provided to each in legislative affairs, to protect the rights and interests of all. Statutory measures to ensure cultural and economic equality would be an important aspect of this.

A question will undoubtedly emerge about what the size and population composition of a new Karabakh might be. It should not be the territory of the old Soviet-imposed Nagorno-Karabakh. It would be better to form an autonomous region out of a roughly equal populace of Armenians and Azerbaijanis sharing the same local issues. That removes a potential minority problem faced by one of the communities.

Policing and justice acceptable to both peoples could be provided, as in Northern Ireland, through 50/50 recruitment to a local police force. It would have a distinct uniform and be unarmed. The decommissioning of all private arms would be insisted upon and carried out by the peacekeeping forces. Only state forces and any remaining peacekeepers would carry weapons.

As in the Good Friday Agreement, the wider relationship between Armenia and Azerbaijan could be provided for through an intergovernmental council in which the respective foreign and other relevant ministers would work together, consulting and cooperating in the mutual interest.

Issues like regional energy security, the development of infrastructure projects, economic resources and tourism would be discussed and collaborated on. The aim would be to build on the development of the totality of relationships between Armenians and Azerbaijanis in a harmonious and mutually beneficial way. It might even be desirable to establish an adjunct to such a council involving representation from Georgia to build a wider governmental structure for the region on the lines of the old Transcaucasian model.

This process would be important for Armenia, in particular. Due to the occupation, Armenia has been isolated from the rest of the region for three decades. Azerbaijan already has gained the benefits of being a corridor of east-west and north-south trade and transport links. Armenia could now be integrated into the wider economic sphere, as well as the energy supply routes that have, of necessity, bypassed the country which helped develop Azerbaijan into a prosperous country. Armenia, given a new dispensation, could develop in such a way that its population increases and its large number of migrant workers return home to their families.

All these relations, at executive and legislative levels, internally and regionally, would help build good relations and interdependence among peoples and states formerly in conflict. Confidence in each other would develop, and barriers and stereotypes would be broken down. The dissensions of the past could be replaced by the development of fraternal relations in the longer term.

In the short term, the supervisory powers of Russia and Turkey would have a vital role to play. These powers, working closely together, would provide for regional security and stability. All would be locked into a common purpose for the betterment of all. The potential of this vital geostrategic region at the heart of Eurasia could be fulfilled, bringing about the reconstruction of Karabakh and the enrichment of its people.

There will, of course, be problems on the road to peace and reconciliation, some of which may threaten the very existence of such a project. However, an imperfect peace will always be preferable to the most perfect war.

*Irish historian, political analyst, author of "Great Britain against Russia in the Caucasus: Ottoman Turks, Armenians and Azerbaijanis caught up in geopolitics, war and revolution"