Breast cancer screening progress in Turkey: A global model for change in action 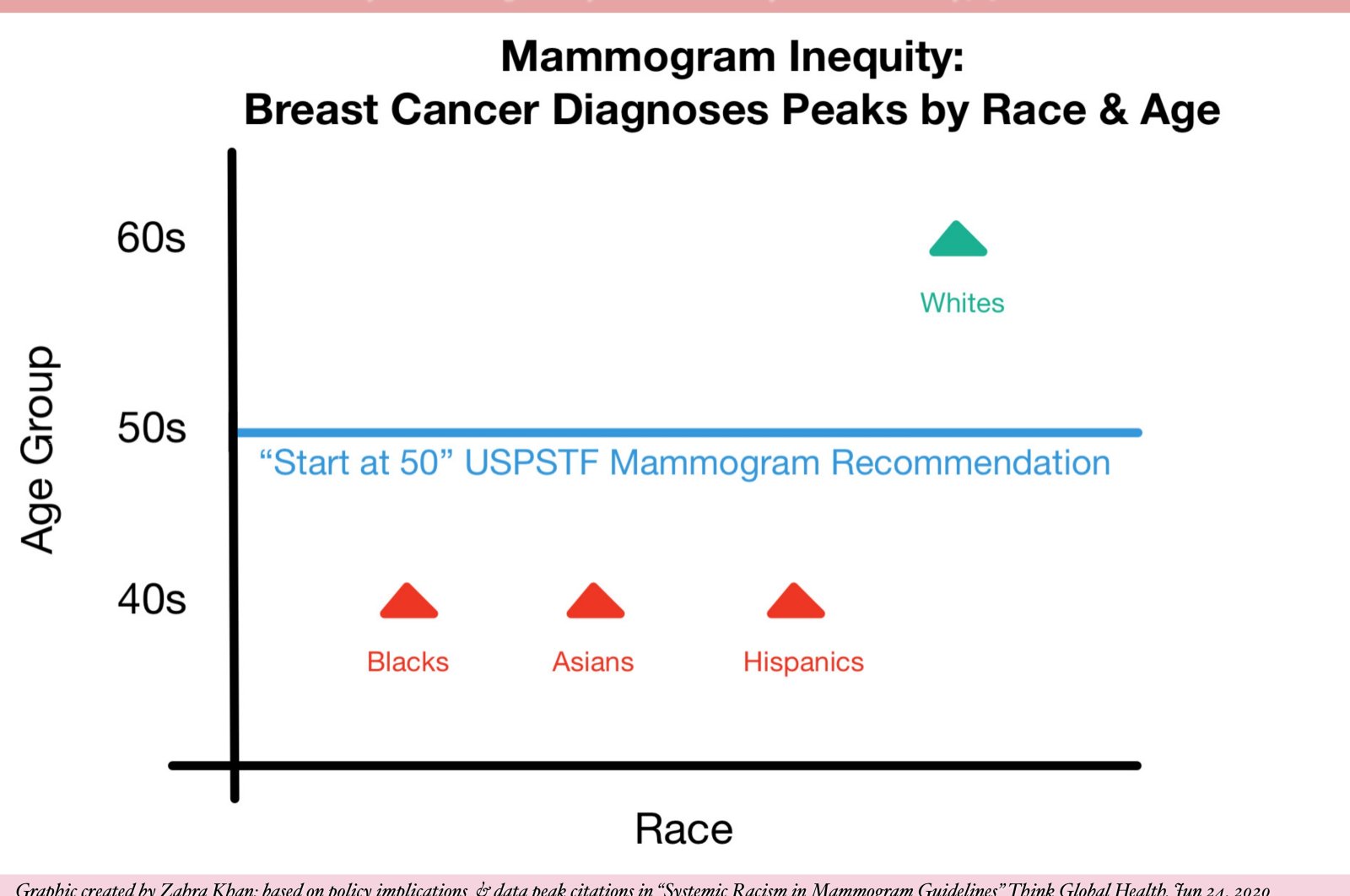 When it comes to the silent killer that is breast cancer, Turkey is showing the U.S. that millions of lives could be saved by lowering the screening age, all the while breaking taboos in the Muslim world to lead the way in awareness efforts

Over the years, Turkey has made exemplary progress in breast cancer awareness and screening by conducting its own studies that have determined mammograms for women must start earlier, at age 40, versus the widely accepted 50. This decisive step should serve as a reminder of our global responsibility to minimize confusion surrounding this public health concern and be an example to follow for the U.S. in the face of contradictory screening approaches.

Although my personal advocacy for the cause was sparked by my journey of narrowly dodging invasive breast cancer, the need for change grows every day, especially with mammogram inequity so apparent for different racial groups. To further emphasize the opportunity made possible for me through annual screenings, I identify as a breast cancer "dodger," not a breast cancer "survivor."

In my case, I had no lump, no family history and a clear mammogram the prior year before receiving a Stage 0 diagnosis in 2018. At Stage 0, an abnormal precancerous cell has no developmental capacity to move or invade, so it remains the only diagnostic opportunity to dodge true invasive breast cancer. Once a cell develops an invasive capacity, only then is it counted in U.S. breast cancer Stages 1-4 statistics, which reveal that a jarring 75% majority have no family history, and a shocking one in six diagnoses occurs in the 40s. At Stage 0, I had the most treatment options, including routes that required no radiation, no chemotherapy, no long-term daily drug usage and a recurrence rate of practically zero. That is when I truly grasped the value of early detection because of annual screenings.

However, in Turkey, only 5% of women are diagnosed at Stage 0; whereas in the U.S., it is 20%. Since mammography cost is a limiting factor at present in Turkey, perhaps a future goal to screen annually instead of the current biennial approach may be even more beneficial so that families can emotionally overcome the fear of recurrence, as I have with my precious husband and our daughters by being caught at the earliest precancerous stage. I remain a case in point for other average-risk women about why leading U.S. cancer organizations like MD Anderson, Memorial Sloan Kettering, the American Society of Breast Surgeons and the ACR all recommend mammograms not only start at age 40 but continue annually because new abnormal tissue changes can often occur in just one year.

Their recommendations fiercely oppose major confusion created globally by the 2016 United States Preventive Services Task Force (USPSTF) guidelines, which contradictorily suggest that screenings start biennially at age 50 instead of annually at age 40. As an American of primarily South Asian heritage, with some Central Asian and Middle Eastern ancestry, I was stunned that the USPSTF approach ignores critical racial factors. According to a major Harvard study, breast cancer diagnoses peaks for minorities like Asians, Hispanics and blacks in their 40s. Therefore, the USPSTF guidelines to start mammograms later at age 50 are racially unjust by disproportionately disadvantaging minority women in their 40s.

The Harvard study also explains that while white women’s breast cancer diagnoses peak in the 60s, almost 23% are still diagnosed before age 50. Since 23% is such a significant number and is based on a broad U.S. census definition of white, which includes Turkish, Iranian, Central Asian, Middle Eastern and North African ethnicities, I encourage regional policymakers to cautiously evaluate local racial implications. Depending on individualized race patterns, not all these “white” subethnicities may have an optimal chance to dodge breast cancer if a "start at 50" biennial USPSTF-style mammogram approach is adopted. For example, in Turkey, after extensive research revealed that 47% of all breast cancer diagnoses occurred before age 50, the Turkish Ministry of Health appropriately lowered the screening age from 50 to 40. This action should serve as an alert for all international ethnic groups considered white by the U.S. to review their own data carefully to ensure a strategy that is truly best for their communities.

Ultimately, by learning together, we better our global outcomes. On that note, Turkey serves as an educational role model for all Muslim societies since, over the last two decades, increased screenings, awareness and studies in Turkey have contributed to major advances, doubling breast cancer detection nationally.

Breast cancer starts as a silent killer that cannot be met with silence. Women in their 40s, often with dependent children, and their families, including their husbands, fathers and brothers, benefit from detection efforts to battle a disease that can otherwise become life-threatening. Breaking taboos about breast cancer is critical so that Muslims worldwide help themselves by not confusing concepts of required modesty with a major religious obligation to stay healthy.

In several ethnic communities, the words “breast cancer” evoke shame and terror. Some people feel that you can get a disease simply by thinking about its name, let alone saying it, an impact of negative thoughts. As such, women are at times uncomfortable even performing self-exams. Others are concerned that those who got breast cancer were jinxed by an “evil eye.” For all these reasons, I generally insist on men and women learning together at all my events, so that we break such cultural barriers to save lives and start living according to real religious values. When a woman in her 40s suffers, so does her husband and children. They do not deserve to live in any kind of embarrassed silence.

Through its public “Walking for a Cure” events attended by thousands of men and women, often featuring prominent leaders like President Recep Tayyip Erdoğan's daughter Esra Erdoğan, Turkey has been setting a much-needed tone for all Muslims, including those in the U.S., to rise to the challenge of openly building breast cancer awareness.

*Zahra Khan (CPA, CGMA, MPA) is a researcher and healthcare policy advocate based in New Jersey.