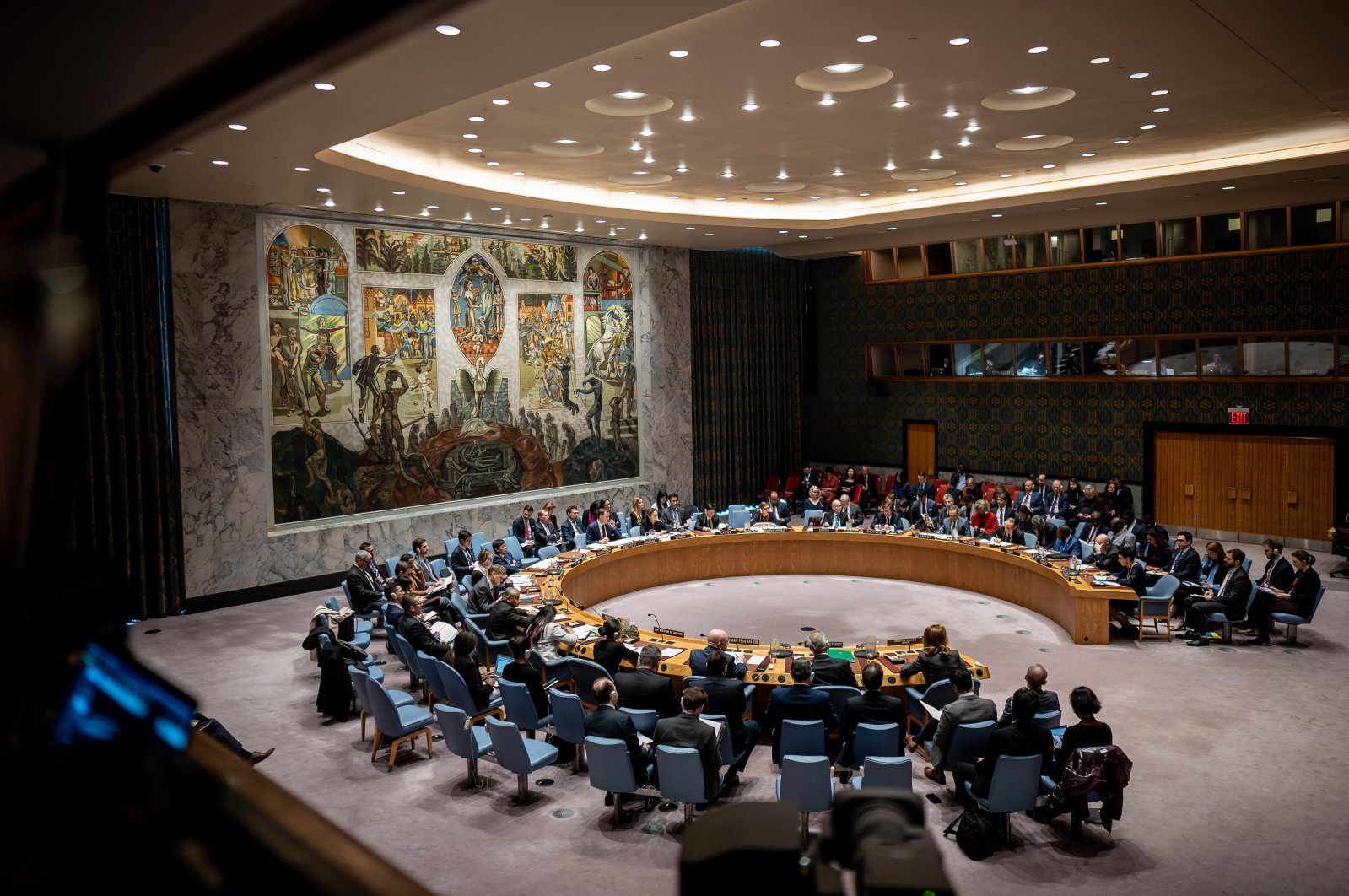 Calls by many world leaders for the reform and expansion of the United Nations Security Council (UNSC) have made little impact in the past, but their repeated calls have made the five UNSC permanent members (P5) – China, France, Russia, the U.K. and the U.S. – unsure as to how long they will continue to enjoy their privileged positions armed with veto powers. Indeed, the five have possessively guarded their exclusive positions, denying admittance to new members knocking on the door of what is sardonically called the “club.”

However, Turkish diplomat Volkan Bozkır, currently the president of the United Nations General Assembly (UNGA), recently called for UNSC reform. Bozkır had criticized the architecture of the existing council, warning that the UNSC had failed to respond to the world’s biggest challenges because of “competing interests.”

"The council has, on many occasions, failed to carry out its responsibility to maintain international peace and security," Bozkır said during a debate on UNSC reform.

"Competing interests among its members and frequent use of the veto have limited the Security Council's effectiveness. Even in some of the most urgent humanitarian crises, the council could not provide a timely and adequate response."

Bozkır emphasized that UNSC reform was "an unavoidable imperative – both challenging and essential."

Some of the council's permanent members have been, at best, evasive to calls for UNSC reform and, at worst, blatantly tried to nip such attempts in the bud. Each of the five has done its part, in one way or the other, to block attempts to expand the UNSC.

“Changing certain aspects of the U.N. system is a tale of blood, sweat and tears, as some P5 members fiercely cling to their privileges and refuse to recognize the realities of our times. I believe that China tries to block the expansion of the council, the highest-ranking body dealing with international issues, including conflicts, sanctions, etc.,” said an Asian diplomat who prefered to remain anonymous.

China worked aggressively to get Taiwan expelled from the U.N. and the UNSC on Oct. 26, 1971, taking the latter's place itself. It had complained then that the UNSC needed new permanent members and had positioned itself for one of the coveted seats that came with veto powers for the incumbent state. It is ironic that China should today block other countries, particularly the Group of Four (G4) comprising of Brazil, Germany, India and Japan, all aspiring and qualified for a permanent UNSC seat.

Conversations with U.N.-based foreign diplomats can be quite revealing. Clearly, a vast majority of member states would like to bring about a fundamental change to the UNSC, which they view as a relic of World War II. The UNSC’s character today is a far cry from the role it was created for as a problem-solving body, and it has become an anachronism and tool serving the interests of the individual permanent members.

China has used the UNSC to further its own interest or, at least, ensure that any issue raised or resolution unfavorable to it is vetoed. If there is a military conflict that serves, directly or indirectly, China’s interest, it tends to disregard the collateral damage and the prolonged suffering of the people affected by the conflict.

Indeed, the mainland had shielded Pakistan-based terrorist Masood Azhar by blocking U.N. sanctions against him before, finally, yielding to international criticism and withdrawing its support for Azhar.

Thanks to the changed global geopolitical situation and growing criticism of the UNSC, the three Western permanent members – France, the U.K. and the U.S. – have softened their resistance to the UNSC’s expansion. China, for its part, has been using a variety of excuses to delay the intergovernmental negotiations process, which has been going on for over 10 years.

The G4 members have repeatedly expressed the urgent need for reforms. Indian Prime Minister Narendra Modi, speaking ahead of India’s nonpermanent two-year membership of the UNSC starting January 2021, highlighted that while the UNSC is a necessity, the credibility and efficacy of global institutions were being questioned.

“The reason for this is that there has been no change in these institutions despite the passage of time. These institutions reflect the mindset and realities of the world 75 years ago,” he said.

In fact, French President Emmanuel Macron, whose country is one of the P5 members, called for an overhaul of international cooperation mechanisms, complaining that the UNSC “no longer produces useful solutions today.”

The COVID-19 pandemic has further laid bare the UNSC’s incapability to produce quick solutions to contain the spread of the virus. The UNSC held very few meetings even as the pandemic was spreading death and destruction.

Finally, after three months of wrangling between the U.S. and China, a resolution was passed on July 1 calling for more international cooperation and supporting a call by U.N. Secretary-General Antonio Guterres for a cease-fire in war-torn countries to help fight the disease.

One argument that China has used to drag its feet for over 10 years on starting the reform process is that the member nations have failed to agree on how big the UNSC should become with the inclusion of new permanent members and whether the new members should be given veto powers.

India’s permanent representative to the U.N., T.S. Tirumurti, addressing the General Assembly recently, described the council as an “impaired organ” that had been unable to act with credibility essentially because of its “unrepresentative nature.” He lamented that the International Negotiations Framework, a U.N. group tasked with looking into UNSC reforms, had made little or no headway since its creation in 2009.

Even though the G4 countries have been struggling for over 10 years to start the negotiations for reforms, China’s U.N. mission has cautioned against instituting reforms in “haste.” “To start text-based negotiation in a haste or to impose a single document is not conducive to building a consensus and promoting unity,” the Chinese mission said in a recent statement.

Chinese Ambassador Zhang Jun spoke of an "over-representation of developed countries" and called for a larger representation of small and medium nations, particularly African ones. Some experts, who see this as an attempt to make divisions among member states, say that China’s obstruction of the UNSC reform had, apparently, hardened since Xi Jinping became the country's president.

The UNSC has 15 members – five permanent and 10 rotating nonpermanent members with two-year terms each.

China may have bolted the door from the inside but how long can it continue doing so? The sooner China realizes this, the better it would be for humanity and also for itself.

China’s handling of the COVID-19 outbreak and its subsequent cover-up of the pandemic has caused untold human misery and disrupted entire economies. Given its already battered credibility and image, China should work for the cause of humanity and prevent future human misery, wars and diseases by supporting a reform of the UNSC.