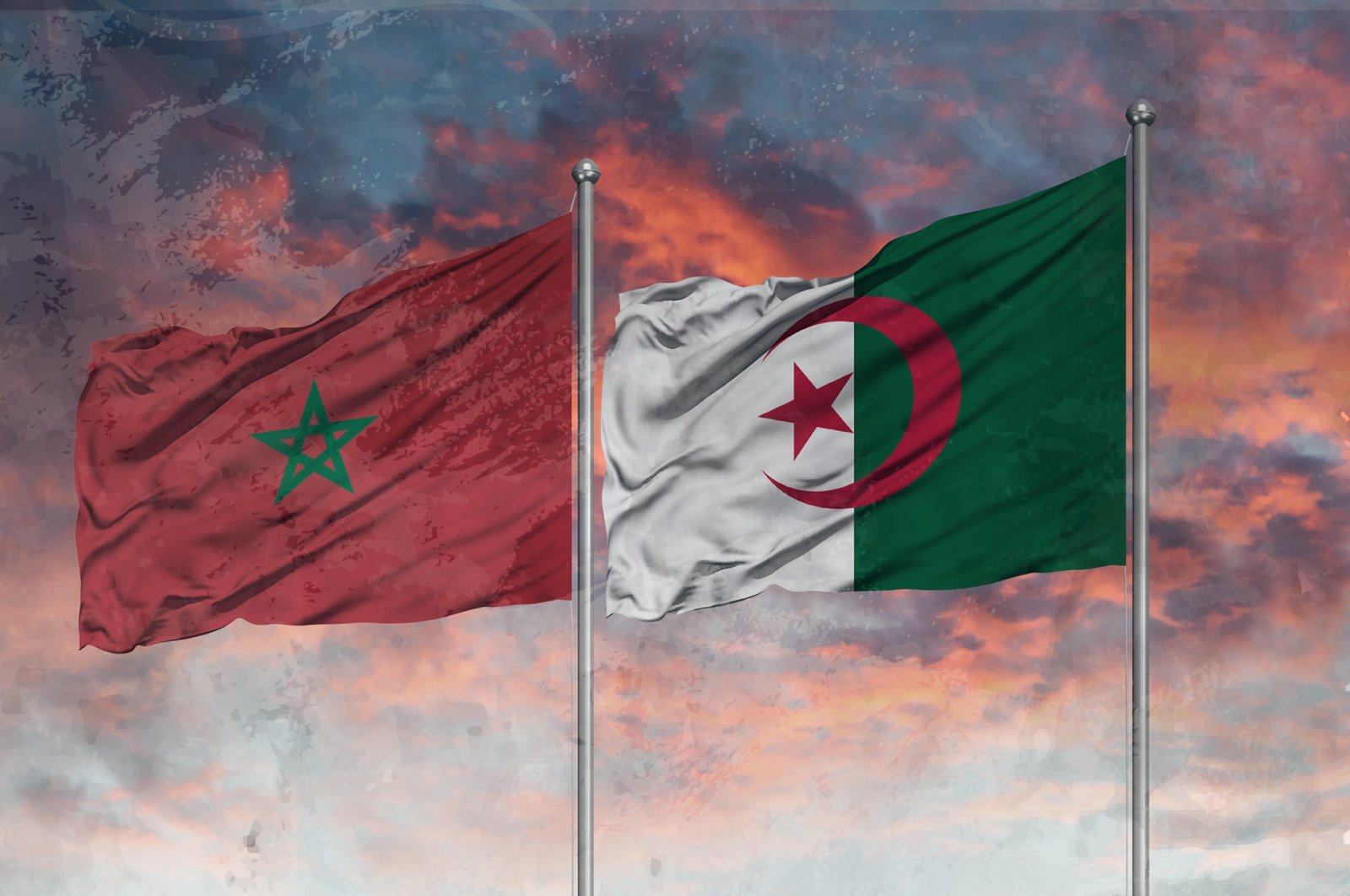 Current Algeria-Morocco diplomatic tensions are a reflection of a long historical dispute between monarchists and republicans in the Arab world; therefore, a narrow frame of reference cannot explain it

The tension between Algeria and Morocco has a long history. Although North Africa, from Libya to Morocco, is a homogeneous society sharing similar cultures and languages, political differences between states sustain erratic tensions between the countries of the region. Families stretch across borders under the same surnames. The region has different dialects, but all of the dialects come from two mother languages: Arabic and Tamazight.

Historically, the tensions have centered around two basic political entities.

Between 120-91 B.C., King Bocchus of Mauritania (currently Morocco) betrayed his father-in-law Jugurtha, the king of Numidia (currently Algeria), and allied with the Romans against Judurtha. Many centuries later, in the 16th century, while the Ottomans were on their way to free Oran, an Algerian city, from Spanish rule, the Saadi Dynasty headed by Abdallah ibn Muhammad al-Shaykh, also known as Abu Muhammad al-Ghalib, allied with Spain against the Ottomans in order to stay in power (see the book: "L'Afrique du XVIe au XVIIIe siecle").

In the 17th century, while the Ottomans were busy conquering Tunisia, Moulay Ismail Ibn Sharif entered the Amour mountain range in Western Algeria in 1678-1679 before the Turks eventually defeated him. The defeat compelled Moulay Ismail to recognize the established border, especially since his predecessors had recognized it in writing. Under the reign of Moulay Souleyman, the border line was sealed at the valley of Wadi Kiss in 1795.

In 19th century, while the Algerians were fighting against French colonization, the Marrakech army invaded the east part of the Moulouya (Malwiya) River. The Marrakech Sultan deceived el-Amir Abdulkadir (Emir Abdelkader) by closing the border against Abdulkadir, who used to cross into his territory in order to outmaneuver the French army.

In modern times, the aggression has carried on; the involvement of the Moroccan king in kidnapping leaders during the Algerian resistance against the French; the Sands War in 1963; the blaming of Algeria for terrorist attacks on the eve of Marrakech attacks in 1994; the Pegasus case. Notwithstanding, the involvement of Morocco in Algerian internal affairs (Morocco is accused of setting forest fires in Algeria), and Rabat’s genuine support of the Movement for the Self-Determination of Kabylia (MAK) – classified as a terrorist organization in Algeria – via its ambassador to the U.N. compelled Algiers to cut its diplomatic ties with Rabat.

The impact of the Cold War

Yet, though the aggression demonstrates the Moroccan position toward Algeria, the tensions between the two countries reflect a harsh historical dispute pitting kingdoms against republics. During the Cold War era, the Arab-Arab dispute (also known as the Arab Cold War) began in the 1950s with the rise of Egyptian President Gamal Abdel Nasser in 1952 representing the Arab republics against the Arab kingdoms headed by Faisal bin Abdulaziz Al Saud.

The goal behind adopting Arab nationalism was to assemble Arabs in order to end their dependency on the Western camp. Nasser’s approach, then, was to reshape the Arab states and transform them into republics by ousting the governing dynasties in the kingdoms. Thus, it is not surprising to see that Iraq’s toppled late leader Saddam Hussein, Libya’s late ruler Moammar Gadhafi, the Assads (father and son Hafez and Bashar) of Syria all had an uneven relationship with the Arab kings.

While the Cold War is now over, this historic dispute has carried on between Arab states. In 1990, Saddam Hussein invaded Kuwait and announced a new republic headed by Ali al-Khafaji al-Jaber. In the same vein, Saudi Arabia hosted the ousted Sheikh Jaber al-Ahmad al-Sabah, who formed the Kuwaiti government in exile. In North Africa, Morocco suspected Algeria of the Marrakesh attacks in 1994 and imposed visas on Algerians. Algeria retaliated by closing its border to Morocco. Also, the Gulf States supported the U.S. invasion of Iraq in 2003.

On the eve of the Arab uprising, the kingdoms largely supported the collapse of the republics. Besides the collapse of Iraq in 2003, the support of strong kingdoms was clear in the Arab uprising against Libya and Syria. Though the position toward the Bashar Assad regime was unclear at the beginning of the revolution, most of the kingdoms clearly started opposing Assad by 2012. In North Africa, some Arab kingdoms blatantly supported the NATO intervention in Libya to oust Gadhafi’s rule.

The Arab-Arab tensions would intensify with the new rising dispute between the U.S. and China over world leadership. During the Cold War between the Soviets and the U.S., the Arabs experienced harsh tension between their political entities. After the Cold War, the dispute between kingdoms and republics in the Arab world experienced a different twist than the one in play during the Cold War. With the rise of China and the U.S.’ attempts to reclaim its global status, the tension between Arabs could result in re-framing the Arab republics and maintaining the kingdoms.

Though the tension between Arabs continues to reflect the same tension between kingdoms and republics, the architecture of some of the republics’ positions stands out from previous versions. Some republics threw in with the kingdom clique (like Egypt), while others are not worth being criticized in monarchists' eyes. Then, what has changed? My next piece will analyze this question.