Death of democracy foretold in Kashmir 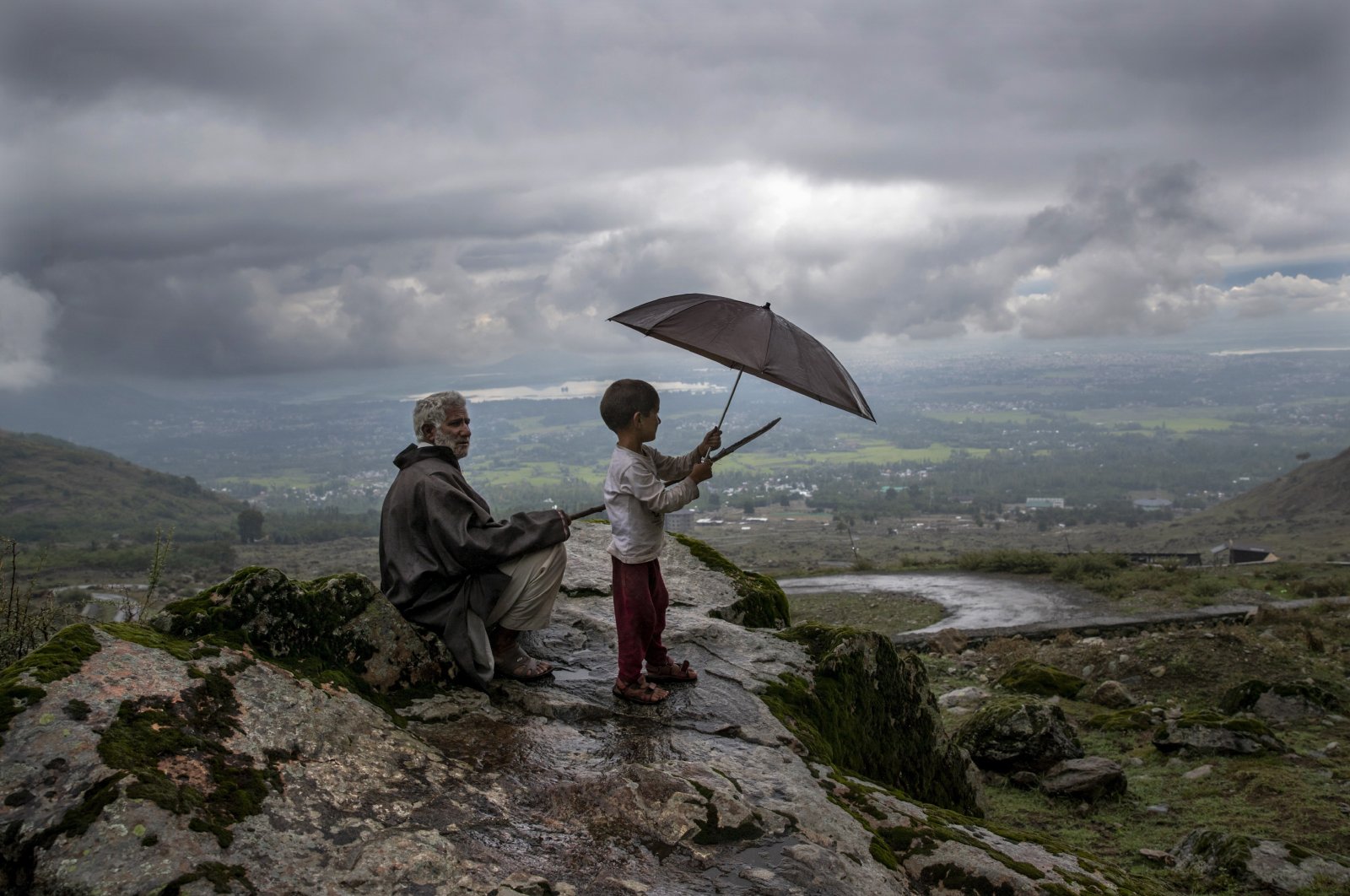 A Kashmiri villager with his grandson keeps watch over their cattle from a hillock on the outskirts of Srinagar, Indian-controlled Kashmir, Aug. 31, 2020. (AP Photo)
by Farhan Mujahid Chak Sep 16, 2020 12:05 am

Democracy is dying in the dark in Kashmir, and hope for human rights and self-determination is too

In his inspiring novella "Hadji Murad," Leo Tolstoy wrote that “but what energy and tenacity! With what determination it defended itself, and how dearly it sold its life!”

Tolstoy begins with a prescient, allegorical tale involving a lovely, crimson thistle flower that implicitly signifies the mainstay of the democratic ethos. That is, “a flower looks beautiful in its proper place.”

Explaining further, Tolstoy describes how he comes across a sunlit, crimson thistle flower, with such enthralling effervescence that it captivates him. Fixating on adding it to his bouquet and possessing it, he climbs down into a ditch to retrieve it.

However, the seemingly effortless task to pluck it proves grim. It was as if the whole universe conspired against him. “Not only did the stalk prick on every side – even through the handkerchief I wrapped around my hand – but it was so tough that I had to struggle with it for nearly five minutes.”

Finally, when at last Tolstoy succeeds in forcibly wrenching the flower from its place, he looks at it with disdain. It was no longer eye-catching. The “stalk was all frayed and the flower itself no longer seemed so fresh and beautiful.” Resultantly, he threw it away “feeling sorry to have vainly destroyed a flower that looked beautiful in its proper place.”

Now, on the United Nations' International Day of Democracy, Tolstoy’s symbolism of the flower eloquently demonstrates that by denying liberty, limiting space and forcibly possessing what does not belong to us, one ends up destroying not only the object of their obsession but their own soul.

So, while the novella’s use of the flower foreshadows the travails and death of Hadji Murad, it is really forewarning all those who oppose an essential democratic principle: choice. The death of Tolstoy’s flower, in such a whimsical, vain manner, mirrors Hindutva obsession and democracy’s death in Kashmir.

The democratic ethos is an ethical ideal as much as it is a political one. It champions the freedom of every individual to make decisions – to give one’s heart or to refuse. In fact, the human spirit innately resists coercion, and any commitment given without free will is a lie.

A betrayal of democracy. And how could it not be? The Hindutva-led Indian state claims to be the largest democracy in the world yet attempts to erase the identity of the main, ethnoreligious demographic, indulges in settler-colonialism by issuing 1.2 million domicile certificates and militarily lockdowns the entire Valley of Kashmir with nearly 1 million soldiers and paramilitary forces. And to what avail? To wrest a flower from its place only to discard it?

The signs of the death of democracy in Kashmir are everywhere: in the digital apartheid, the cordon and search operations, the daily humiliation, indignation, murder and mass graves.

Democracy is not simply voting or majority rules. In order to be something other than the French aristocrat diplomat Alexis de Tocqueville’s tyranny of the majority, representative governance requires an obligation to a broader, more ethical agenda, most notably to the consultative process, value pluralism and reciprocity.

That means keeping the value of “treating all persons with respect and weighing well their aspirations and their ways of looking at the world.”

Today, the weaponization of the democratic ethos to disempower, rationalize oppression and indulge in gross violations of human and political rights is aptly seen in the disputed territory of Kashmir.

Yet, what becomes of democracy if it coerces homogeneity or no longer is "open" to accommodate plurality? In India, democratic enthusiasts often falsely frame the Kashmiri struggle for self-determination as a struggle for human rights.

Or, worse, the Kashmiri agency is denigrated as anti-national, "separatist" or terrorist. None of it is accurate. This is no scorned lover, but a tale of forcible possession and resentment in obsession not reciprocated.

Actually, a closer look at Kashmir makes it clear that it is U.N.-recognized disputed territory. It does not belong to anyone, but India is frightened to give them their choice. No matter how distasteful, Indian intelligentsia is left with few options. Lose democracy, and their soul, or allow the people of Kashmir to choose. For the time being, democracy is dying in the dark. Now it is our obligation, as responsible citizens, to light the candle.