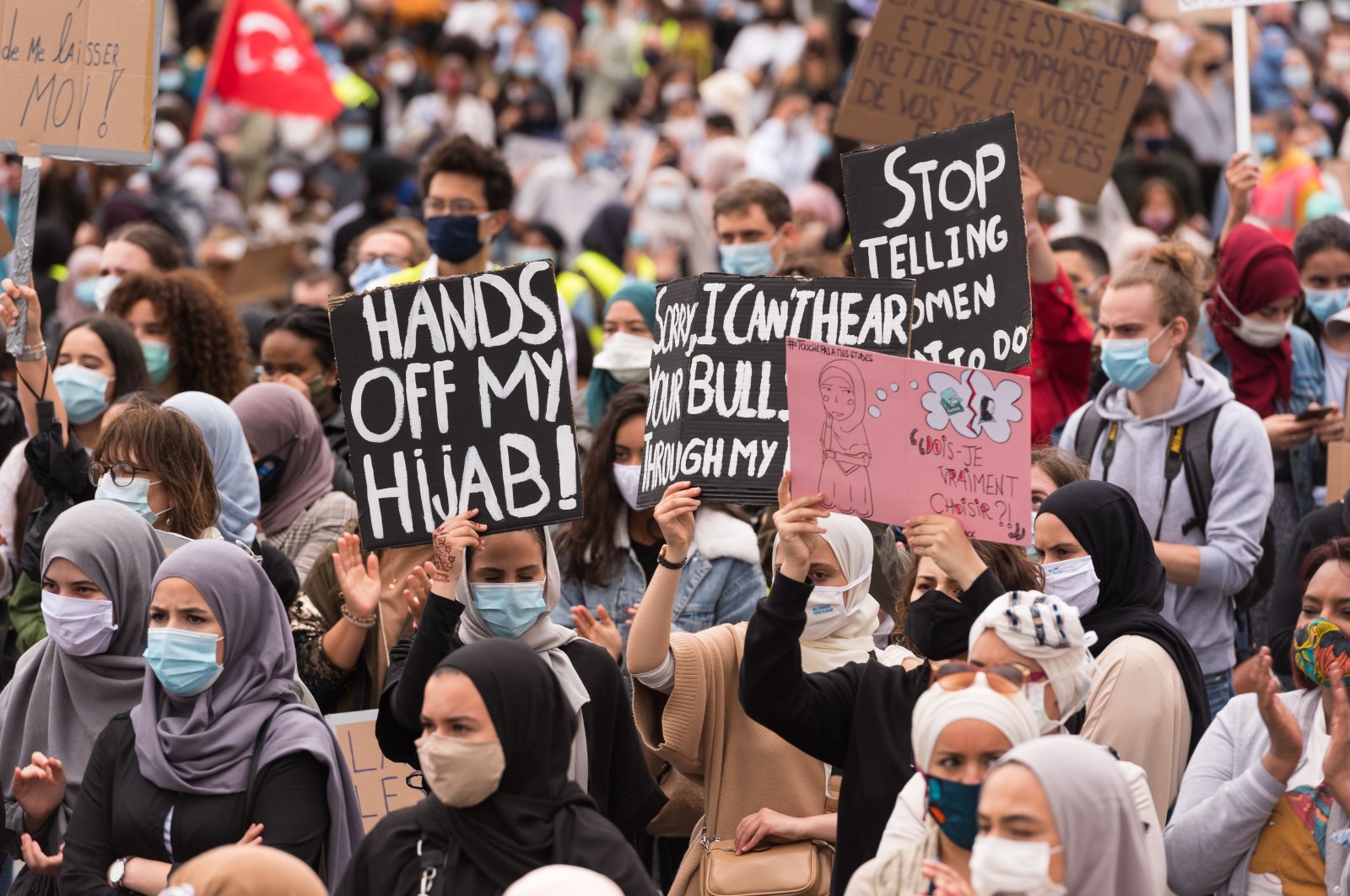 A series of terrorist attacks in France, motivated by outrage at disrespectful depictions of the Prophet Muhammed, has once again sparked an international debate about freedom of speech and the treatment of Muslims in Europe. An unprecedentedly authoritarian crackdown on Islamic civil organizations and religious practices by the French government has led to criticism from Muslim leaders, many of whom called for a complete boycott of French goods. Yet amid this new round of tensions, very little attention is being paid to France’s smaller northern neighbor, whose anti-Muslim legislation is similar to that of the republic – and in some ways even worse.

The calls for boycotts have generally been favorably received among Belgian Muslims. Despite worries about the repercussions of future escalation, many in our minority community feel relief at finally receiving some recognition of their woes. While the mistreatment of blacks in the U.S. has brought about an international wave of indignation, the discrimination and oppression experienced by Muslims in Europe on a daily basis have failed to become a fashionable progressive cause.

This lack of concern is completely out of sync with the seriousness of the situation. Laicite, the extremist French conception of secularism, holds a lot of sway in Belgium as well, especially in the Francophone southern part of the country.

The northern part, which is more traditionally racist, has found in it a very useful cudgel with which to beat its Muslim minority. Consequently, Muslims are subjected to a veritable cornucopia of gratuitous and unjustified restrictions on their personal liberty.

Muslim women are prohibited from teaching in state schools, working in many government jobs, or wearing modest attire to a swimming pool.

The wearing of the niqab is prohibited everywhere. Incidentally, the law establishing this, which was worded in a general manner to obfuscate its targeting of the Muslim community, has now been temporarily suspended to allow medical masks, confirming what everyone already knew. Apparently, only Muslims pose a threat to society by covering their face.

Additionally, Belgium is the only European country that has introduced a total ban on the halal and kosher slaughter of meat – a move which is currently being contested by religious groups at the European Court of Human Rights.

The government also completely refuses to recognize Islamic schools, despite freedom of education being enshrined in the constitution. Two-thirds of Belgian schools are Catholic, yet there are only a handful of Islamic learning establishments in the entire country, mostly in Brussels.

Under the guise of "promoting equality between men and women," the Belgian government vigorously persecutes any organization which provides ladies’ only-spaces.

When a Muslim entrepreneur attempted to create a driving school for women in Antwerp, which she had previously successfully done in the Netherlands, she was met with a furious reaction by the responsible minister, who flatly refused to grant her a license.

Belgium’s obsession with compulsory gender mixing goes so far that it almost prohibited a major fitness chain from operating establishments reserved for women – even though their clientele is mostly secular and white.

These scandalous assaults on the personal liberty of religious people reveal the nature of the ideology of extreme secularism which pervades both Belgium and France.

When French President Emmanuel Macron and members of the French government contrast Islamic extremists with so-called "moderate Muslims," they are often understood abroad as referring to people who promote or engage in hate and violence.

In France, however, any form of orthodox religious practice is considered "extreme." Praying five times a day, wearing a headscarf, abstaining from alcohol and pork – these practices are being considered averse to the "values of the French republic" and are thought to promote separatism.

The ideal moderate Muslim is one who goes to the mosque on religious holidays or funerals and forgets about religion for the rest of the year.

Needless to say, this does not describe a majority of Muslims. Yet this fantasy is used by the French and Belgian governments to justify repressive policies that aim to forcibly transform the Muslim population to fit their preference.

The more aggressively they push this objective, the more Muslims become alienated from society, hostile to the state and susceptible to fringe ideologies. That is the real cause of unrest in many European countries. The cartoons are only an opportunity to vent this bottled-up frustration.

Where Muslims are allowed the freedom of choice, such as in the U.K. or the U.S., they engage in society and thrive, to the benefit of everyone. Liberty is the best guarantee of peace and prosperity when people from different moral and religious opinions have to live together.

In Belgium and France, in contrast, the Muslim population largely lives in impoverished neighborhoods that are often akin to slums, lacking many essential educational and social services. Both countries have some of the lowest labor participation rates among Muslims, especially women, for evident reasons.

The Franco-Belgian model of national secularism is utterly bankrupt, incapable of incorporating any degree of cultural or religious diversity. It is in dire need of updating in order to fit into the modern world of fundamental liberties and human rights.

Instead of adjusting it, however, the Belgian and French governments are doubling down, increasing state persecution of Muslims with new prohibitions and arbitrary attacks on Islamic civic groups, including the Collective Against Islamophobia (CCIF), a national French organization whose leadership has stated it no longer feels safe in France.

Extremist secularist intellectuals and pundits close to the government have reacted furiously at the tepid reaction from the Anglo-Saxon world and stated their rejection of American-style individual liberty, saying it doesn’t fit with France’s history.

Similar voices can be heard in Belgium. This reflects the delusional belief in the Francophone sphere that they still constitute the center of the free world. It explains why Belgium and France presume to lecture third world countries on their lack of liberty while inflicting far-reaching authoritarian measures on their Muslim citizens.

If human rights and fundamental freedoms are to mean anything, they cannot merely serve to bully weak and poor countries. They must apply equally to Western countries. Any third-world nation that treats a minority like Belgium and France would immediately become an international pariah.

Muslim leaders should feel justified in continuing the use of peaceful economic and diplomatic means to push for justice for Muslim minorities in Europe. Because when it comes to bettering our plight, there is no one else we can count on anymore.