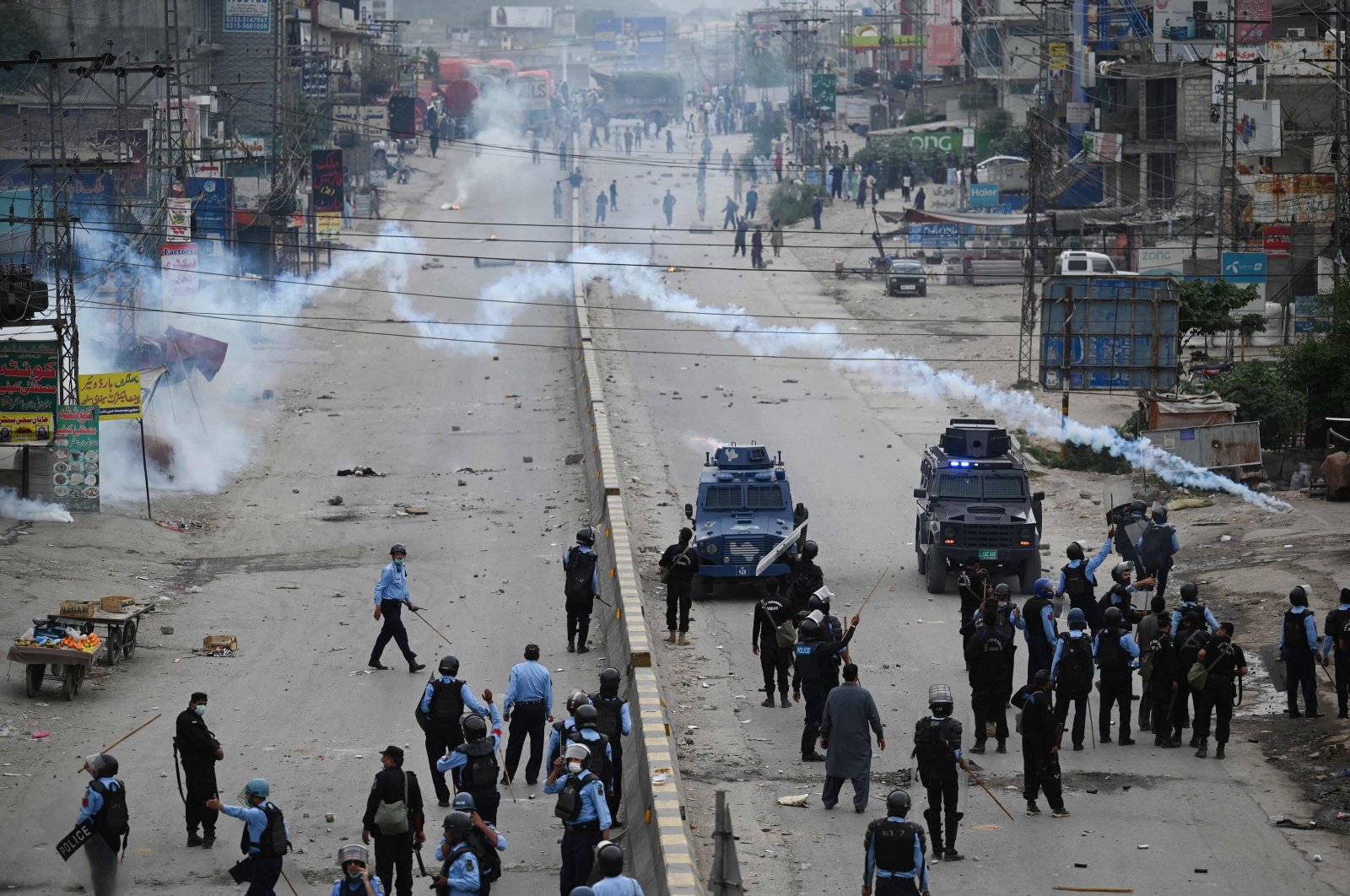 Riot police officers fire tear gas toward supporters of the Tehreek-e-Labbaik Pakistan (TLP) party during a protest against the arrest of their leader over his demand to expel the French ambassador over depictions of the Prophet Muhammad, Islamabad, Pakistan, April 13, 2021. (AFP Photo)
by Irfan Raja Apr 16, 2021 12:05 am
RECOMMENDED

The parochialism of Islam is one of the hot topics urgently being discussed in Europe. The misrepresentation of Muslims through media and the press is a real problem to tackle.

Worse, Muslims, who protest this hatred and bias toward themselves, are portrayed as "hostile" to European values.

Everyone has an agenda, press owners sell newspapers, politicians gain publicity and radicals in Europe use antipathy of Islam to endorse their platforms.

"Our prophet (Muhammad) was the witness to our divine book, the holy Quran. The prophet is the ideal we want to live up to. He created the state of Medina, which was a welfare state," he said and condemned the blasphemy of the Prophet Muhammad.

"In western society, the holocaust is treated with sensitivity because it hurts the Jewish community. So that’s the same respect we ask for; do not hurt our sentiments by maligning our holy prophet. That is all we ask.”

However, it is still fresh in our minds how French President Emmanuel Macron targeted Islamic values and Prophet Muhammad. The French leader's ultra-controversial statements have since then sparked massive outrage all around the world.

TLP heads and the Ministry of Religious Affairs agreed to discuss the matter in parliament. However, with the arrest of the TLP chairperson, the country has witnessed a wave of protests.

Later, a government minister said that they are planning to ban the TLP under the anti-terror laws. There is no action yet and the protests linger on in the country.

Global media outlets have joined the bandwagon of anti-Islam propaganda and covered the developments in Pakistan as a tool for their own bloody agendas. Protesting Pakistanis were reported as "terrorist, riots, extremists."

Discussing the TLP's background or campaigns is not an issue to be discussed in this article. What we need to see is how quickly global media portrays any protester claiming to defend Islamic values as an extremist.

What could be done?

It would be best for Pakistan to revisit its past mistakes on this occasion and rectify itself. Because, just like all over the world, the establishment in a country can sometimes repeat previous mistakes.

So it is time to tell those in power to avoid statements like “the government will make an example of those who challenge the state’s writ.”

The government should revisit its promises and understand that the best way forward is to listen to those on the streets. Khan should forgive those protesting against the caricatures of the Prophet Muhammad.

Talking wisely would pave the way for peace and harmony and halt further divisions within Pakistani society. In this context, Khan should lend an ear to the protesting people and look for ways on how to combat those who have anti-Muslim agendas.