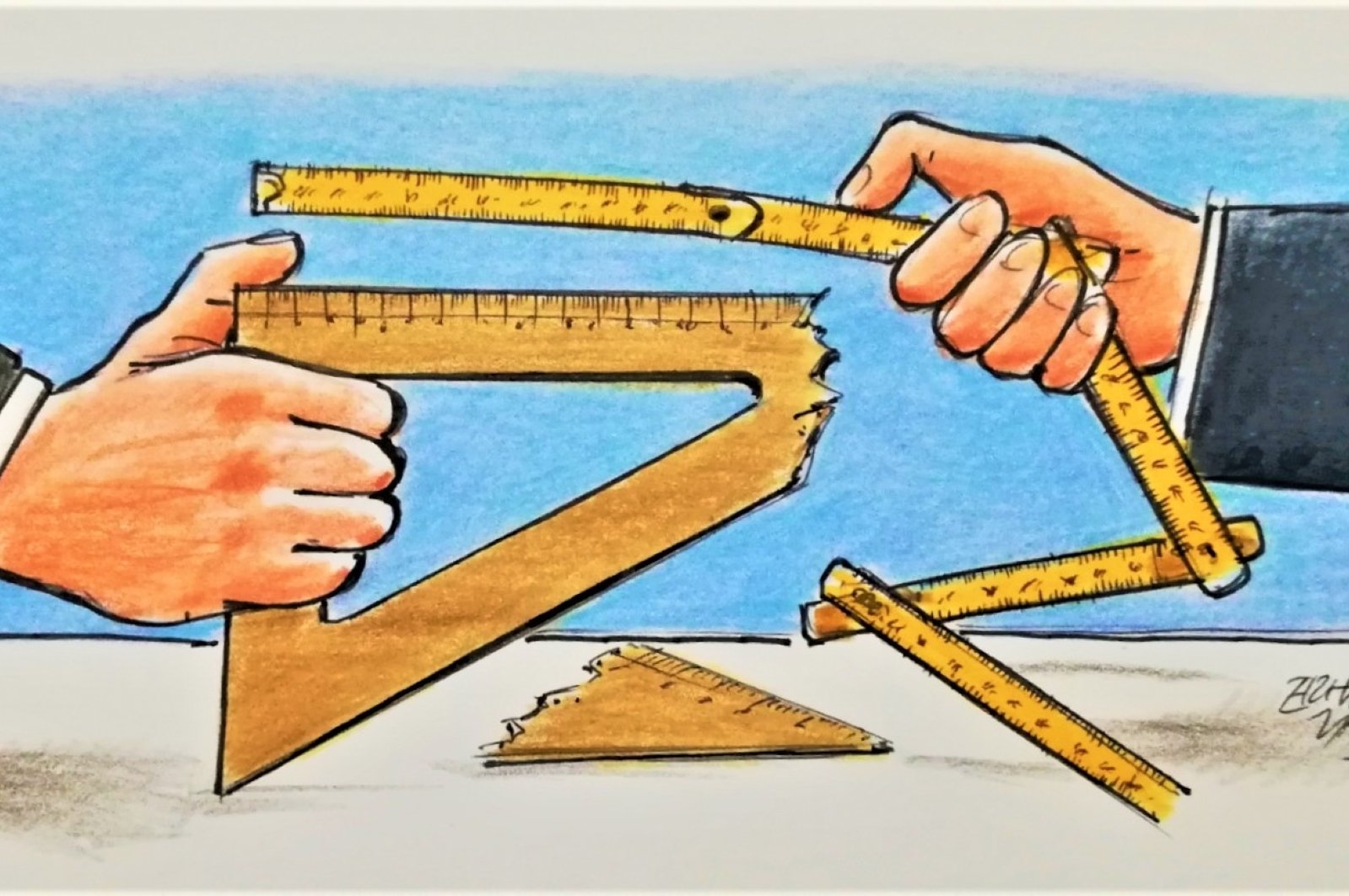 Before U.S. Secretary of State Mike Pompeo embarked on a seven-nation blitz tour – with stopovers including France, Turkey, Georgia, Israel, the United Arab Emirates (UAE), Qatar and Saudi Arabia – both the American and international media questioned the “true purpose” of Pompeo’s visit to Istanbul. Pompeo went to the Turkish metropolis to hold talks on religious freedom, with the recent reversion of Hagia Sophia to a mosque a topic high on the agenda in talks with religious figures, including Patriarch Bartholomew I, the Greek Orthodox Christian leader.

Some experts were perplexed with Pompeo’s Istanbul visit and wondered why America’s top diplomat did not visit Ankara where he could call on Turkish officials, including President Recep Tayyip Erdoğan, instead of just religious figures in Istanbul.

To clear the air, the U.S. State Department held a special press briefing before Pompeo started his visit, with two senior diplomats explaining the purpose of Pompeo’s visit to Istanbul and not Ankara. One of the diplomats explained that Pompeo’s Istanbul visit would concentrate primarily on religious freedom issues. It had also been difficult for Pompeo to meet Turkish interlocutors because of scheduling issues resulting from their travel.

Responding to this explanation from State Department officials as to why Pompeo was not meeting Erdoğan and other high-ranking officials, the Turkish Foreign Ministry described Pompeo’s meetings in Istanbul with religious figures as “extremely inappropriate.”

But in a statement, the Turkish Foreign Ministry also had some blunt words to convey to the United States on the issue of religious freedom purportedly being addressed by the secretary of state: “It would be more advisable for the United States to look in the mirror first and to show the necessary sensitivity to human rights violations such as racism, Islamophobia and hate crimes in its own country.”

U.S.-Turkey tensions have intensified in recent years even though U.S. President Donald Trump played down differences with Turkey over a host of issues, including the acquisition of Russian S-400 defense systems.

Turkey has been excluded from the internationally developed F-35 program after its decision to acquire the S-400 missile defense systems from Russia. The F-35 program is managed by the Pentagon’s F-35 Joint Program Office, with the U.S. Air Force, the U.S. Marine Corps and the U.S. Navy are all procuring and operating F-35s.

Turkey’s role in the Armenian-Azerbaijan conflict was also criticized by some U.S. lawmakers who said that Turkish involvement exacerbated the conflict. U.S. politicians are empathetic toward the sizeable Armenian population in the U.S.

On the other hand, Turkey was clearly annoyed by the U.S. House of Representatives and U.S. Senate passing resolutions to officially recognize the 1915 Armenian events as “genocide.”

With Trump set to move out of the White House in January, Turkish diplomats are not sure how the next president, Joe Biden, will view Turkey. Many analysts on both sides are wary about how the relationship will evolve under Biden.

U.S. observers noted that Erdoğan took a little longer than other European leaders to congratulate Biden – and also thanked Trump in a separate message. After all, it was Trump who seemed to support Erdoğan when he was criticized by fellow NATO members for cozying up to Moscow. Trump had also resisted pressure from the U.S. Congress to impose sanctions against Turkey.

But the Biden years could create challenges for Turkey. The U.S. and the so-called core members of the NATO alliance could see Turkey’s acquisition of the S-400 as an affront, constituting a violation of U.S. laws and also compromising NATO’s defense systems.

Indeed, U.S. senators were indignant when Turkey test-fired the system last month, ignoring their warning that the test-firing would attract sanctions against Turkey.

Çavuşoğlu, addressing a gathering of Turkish ambassadors in November, urged the U.S. to get over its opposition to the S-400 because the issue was a foregone conclusion. But U.S. experts believe that Biden may face pressure from within the Democratic Party to impose sanctions against Turkey over the S-400 issue and Turkey’s growing ties with Russian President Vladimir Putin.

The Countering America's Adversaries Through Sanctions Act (CAATSA) offers a legal basis for Biden to fall back on for imposing sanctions. The U.S. Treasury Department has so far not taken any action against Turkey, even though a New York court jailed a senior official of the Turkish state-owned Halkbank official in 2018 for violating sanctions against Iran. In early 2021, Halkbank is, again, going to face charges in a New York court for alleged sanction violations.

The U.S. has been slow, so far, to take action against Turkey whose strategic location – sharing borders with Iran, Iraq and Syria – helped it avoid sanctions; another factor that helped Turkey to dodge sanctions is that it hosts a radar base allowing the U.S. military to operate from its Incirlik Air Base.

But some Americans are also warning that Turkey is “not entirely indispensable” and should not “test American and NATO patience.”

However, others say that Turkey is stoutly confident of its “indispensable position” within NATO, which will enable it to avoid sanctions, particularly with Biden likely to take a tough stance against Moscow. Experts say that Erdoğan has skillfully played the U.S. against Russia and vice versa.

However, if the U.S. did impose sanctions, Turkey might move closer to both Russia and China, but this will in turn ostracize Turkey from the Western camp.

To strengthen their bilateral relationship, both Washington and Ankara will need to navigate through the complex maze of ties which seemed to face a downward turn because of a failed military coup in 2016. Turkey had accused the Barack Obama administration – Biden was vice president then – of being involved in the deadly July 15 coup attempt in the country. But, the U.S. denied any role in the coup plot of the Gülenist Terror Group (FETÖ).

Repairing and strengthening relations is necessary on both sides, which will need to work conscientiously toward that goal. Biden knows Turkey well; he visited Ankara as vice president to defuse tensions with Turkey following the aborted coup. If Turkey patches up its differences with the U.S. and the Western alliance, it can benefit from its NATO membership and its existing ties with the U.S. and European allies, sparing itself the disruptions the changes in the existing arrangements can cause.