Get ready before it is too late: The agricultural tech revolution 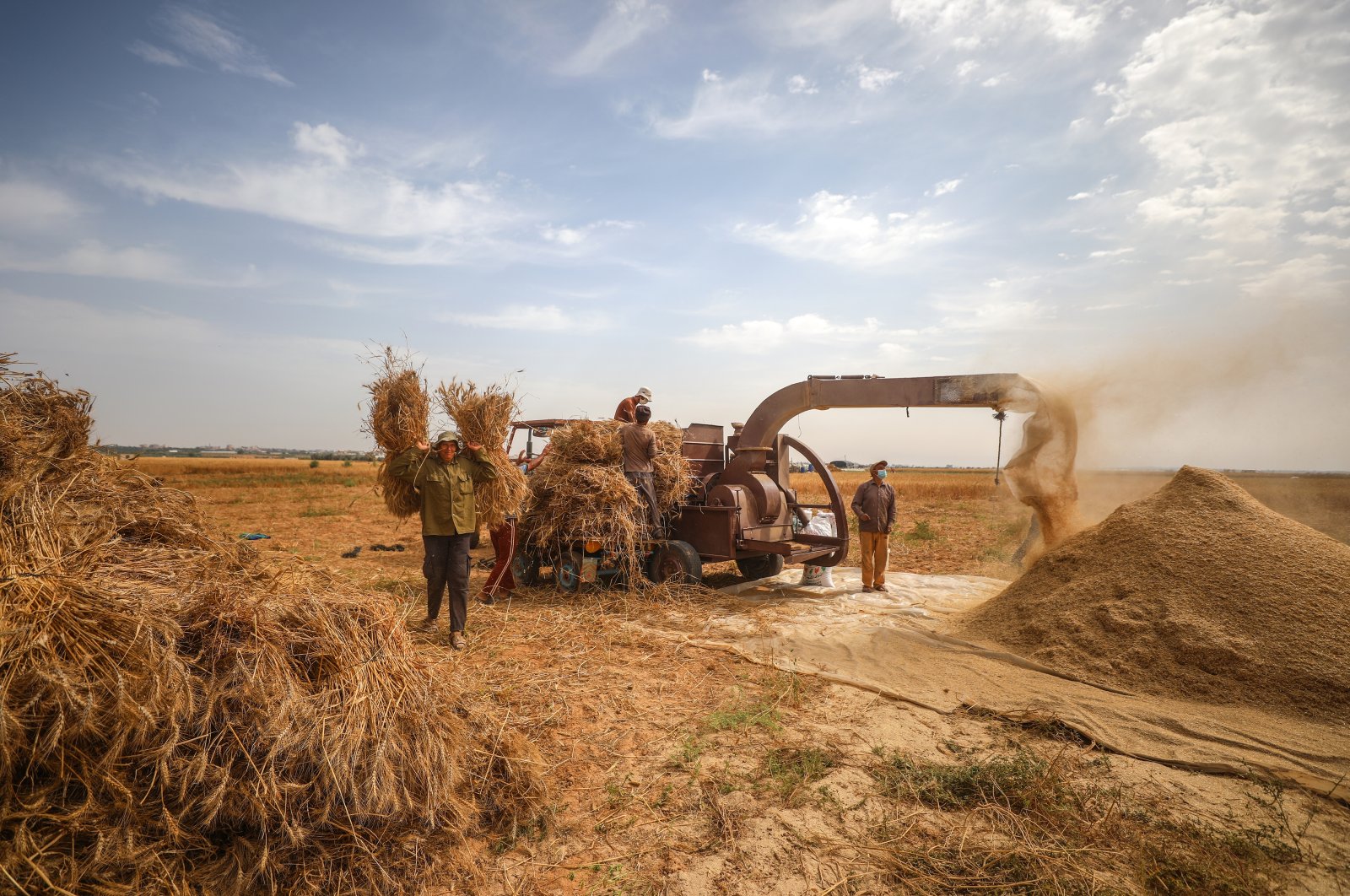 There is not a single person who is not a party to war in today’s world. Capitalism claims to have ended war, but true capitalism is at hand.

The days when hunger increases, unhealthy nutrition is rampant and food wars haunt the world are not far away.

Besides the deadly spread of the coronavirus pandemic, we are also trying to handle the rapid digital transformation and use of technology. In this new type of war, everyone is the enemy and the victim at the same time.

In a few years, the war will be over with the creation of a new world order. Artificial intelligence (AI), nanotechnology and virtual reality (VR) will gain new meanings. Those who have access to healthy food, ensure their financial sustainability and can carry family integrity into the future will be the victors of the war.

Most importantly, those who can live past the war with health and moral strength will be able to exist.

Is just surviving enough? Of course not! In a world where unemployment and food waste are increasing, even breathing can sometimes be a burden, not a comfort. The most destructive part of this war is the people who have lost their moral strength and future motivation.

In this context, technology in agriculture is one of the most important fields of study for the future as it is the sole way to ensure that societies can eat healthy foods and nations can increase their export revenues.

Yes, absolutely it is. The most important task for this is related to government efforts. The right messages should be given and the agricultural industry should be supported with the right strategies.

In Turkey, for instance, there are many government programs and hardworking bureaucrats. The "Protect Food, Protect Your Table" campaign created by Aylin Çağlayan Özcan, the Ministry of Agriculture and Forestry's director-general for the European Union and Foreign Relations in Ankara, is a good example.

The way to win a food war is to protect smart agriculture moves. In a world where water is decreasing, input prices are increasing in agriculture and arable land is gradually decreasing, we need to turn agriculture into a prioritized space of work.

This whole process emerges as a period in which we all have to make our own vital decisions. We need to reshape our family economies, review our diet.

We all know that the people most affected by the COVID-19 virus are lower-income groups as they cannot as effectively protect themselves both because of their way of life and due to unhealthy nutrition.

The trendy social media line "COVID-19 does not discriminate between rich and poor” that was circulating earlier is now changing. Our attitude determines the winner.

Unfortunately, those who start with “self-sufficient" agriculture are popular discourses far from the strategic side of the subject.

The medicine of the process we live in is mind, science and harmony.

The treasure is to survive, to unravel digital transformation codes, to be able to position oneself and one's business model.

Getting rid of the slogan-like popularity of agriculture is required as soon as possible.

In the future, we will feed on less meat and milk. One of the biggest problems of agriculture is water and dehydrated agriculture and the efficient use of resources is the output of agriculture.

In 1928, bubble gum, an exploding object, became one of the century's most novel food inventions. Changing conditions and taste expectations are the right starting point for shaping countries' future foods.

If agriculture will be our future, this hand will be realized with agriculture in mind, not on the waists and hands.

Research suggests that products with high nutritional value will be an important factor in the food market in 2030. Although the positioning of natural food is gradually increasing, the future is better with the use of technology in agriculture. Robot shepherds are already onstage.

The wild forms of thousands of agricultural products, which we insatiably call organic and natural, were quite different from today's form. The orange carrot was initially a snow-white and thin vegetable. The old peach was once a cherry-like salty fruit. Watermelons were small, hard and bitter. The eggplant was a lovely vegetable that looked like a white egg.

According to an article published in BBC Focus magazine, genetic and biomolecular science will enable agricultural products to be enriched in terms of desired proteins and vitamins in the next decade.

It should be remembered that mankind has also brought the most productive and unique examples of its species to the present day. The simple choices we still make about love give birth to the prettiest and the smartest, which is, in fact, natural selection and rehabilitation.

The discovery of spices and the creation of silk roads created a wealth of flavor, and the palette of flavor was enriched with the discovery of umami. We will discover new flavors in the coming years, as modern man has taken some very enthusiastic steps to take the taste memory of the last 1,000 years into the future.

While Anatolia is dealing with the wave of ancestral seeds, technology in agriculture has already attracted the attention of Silicon Valley. Impossible Foods is already a chain of sustainable environmentally friendly meatballs.

Although some have raised the flag of war at unnatural food, the concept of "friendly technology" will be the future of agriculture and the food industry.

The taste components of the future, food perception and health concepts will undoubtedly be shaped by the agricultural policies of strong countries. Purified reality, aromatic sounds and controlled light games will all be part of the nutritional perception of the future.

Some 40% of the world is overweight and so far, there are no countries that have won the fight against obesity. The solution is to lower calories. For this reason, food engineers increased the surface area in contact with the tongue by coating inert mineral particles with sugar.

In this way, sweeter foods are produced by using less sugar. Every trend in the food industry creates the need for appropriate raw materials. The point of all this is that seeding meets technology. The futuristic point of view of our ancestors, who said, "the rest is a game with seeds," points to the right path for the food of the future.

In fact, the desire to overeat is insurance for the body to protect against “famine," and although we are not aware of it, our social appetites are constantly designed by the food industry.

Robotic kitchens and designer meals made by 3D printers are clues for those who will design the agriculture of the future, so let's listen to the sound we need to hear. Technology is agriculture's most important issue.