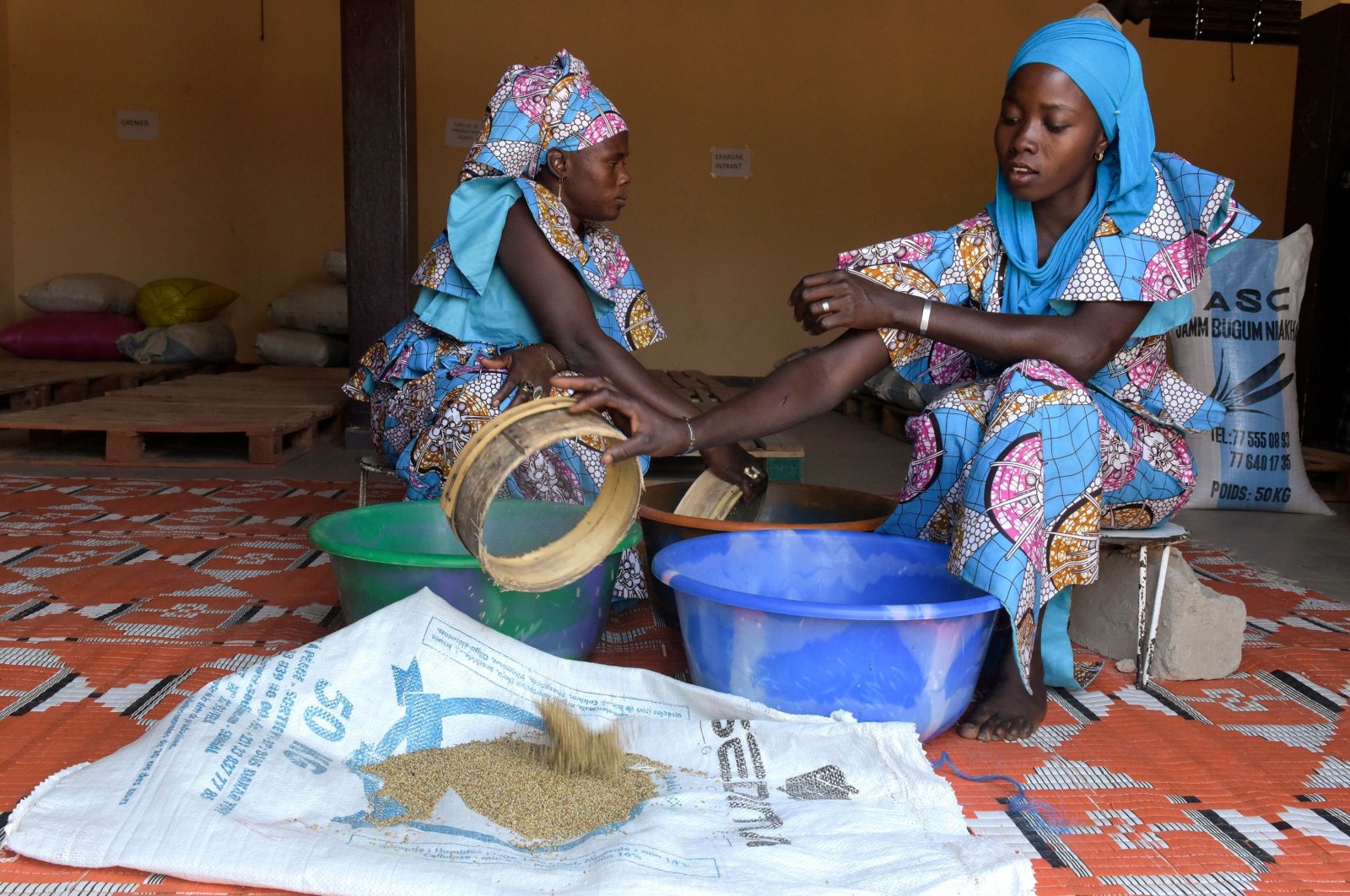 The coronavirus pandemic has thrown the microfinance sector off-kilter and made the road to recovery for an already besieged sector longer and harder. COVID-19 has inflicted the greatest pain on those who had already been rendered most vulnerable, spurring great hardship and growing unease among low-income families and micro-businesses. It has uncovered existing inequities and created new ones.

In the absence of a vaccine or standard treatment protocol, lockdowns have emerged as the most favored and seemingly effective response. In April 2020, the International Labour Organisation (ILO) estimated that 1.6 billion informal workers across the global south could see their livelihoods destroyed. So what role has microfinance played in helping to alleviate this crisis?

Microfinance programs, small-scale lending projects targeted at low-income households that normally fail to meet the eligibility norms of formal financial systems, were supposed to provide the poor with the capital they need to start small businesses. It was once applauded as the world’s most powerful tool for eliminating poverty. Up until the late 2000s, microfinance was hailed as a financial magic bullet by many.

It hasn’t quite turned out that way. It is now widely reported that the effects of microfinance loans on poverty, health and other social outcomes have been "small and inconsistent," but it is now on a slippery slope, moving from good to bad. Microfinance is facing trouble because the purity of its mission has been diluted. When it started, microfinance was a financial tool being used for social good. Now it has increasingly become a social tool used as a way to generate money, which is why it has lost a lot of its original sheen. This is one reason why microfinance often runs into heavy weather and hits periodic roadblocks and default crises.

Low-income households, in particular the rural poor, are exposed to unsteady flows of money. The reasons are many, including seasonal unemployment related to the agricultural labor cycle, sickness or death in the family, or weather shocks, among many others. Given the variability and vulnerability of their income, they value formal microfinance because it is more reliable, even if it is often less flexible than their other tools to manage their cash flow. Banks offer cheaper credit but are mired in thickets of red tape.

Microcredit is primarily targeted at women, meaning that the worries of daily income for household needs and debt repayment fall overwhelmingly on female shoulders. When liability levels become unsustainable, many are forced to seek out debt bondage – labor as a means of paying off microfinance loans – in hazardous occupations.

The microcredit sector has shifted from a not-for-profit approach to a neoliberal model dominated by commercial banks. While previously loans were tightly regulated in terms of amounts, interest rates and collateral, and often underwritten by states when necessary, now lending has expanded to allow more unstable borrowers to take part without state protection or relief in times of crisis.

Microfinance needs a relook and must undergo soul searching. It is very important to think outside of the borrowing box, as microfinance will have to move beyond its traditional roots. Recent evidence suggests that relatively simple tweaks to microcredit products – including flexible repayment periods, grace periods, individual-liability contracts and the use of technology – may change their impact on both clients and institutions. Microfinance businesses should be consistent in applying best practices in evaluating repayment capacity, offering transparent terms and conditions and using credit bureau information to avoid overstretching clients with debts.

To enable the poor to work their way out of poverty, they need to be enabled to move up the steps of the financial ladder through graduated credit. Loans should be made available in staggered doses, with every new tranche disbursed after the satisfactory repayment behavior of the clients. This will also ensure that vulnerable groups do not get into a debt trap and make credit dispensation more efficient and qualitative.

The biggest problem is that people who get these small loans usually start or expand a very simple business. The most common business using microfinance is retail selling groceries, where there are often too many players creating fierce competition, and where people don’t really earn enough money to get out of poverty.

Not only are borrowers often innumerate, illiterate and unfamiliar with interest rate calculations, but they frequently have little or no awareness of local demand for goods and services. Consequently, they often fail to establish successful income-generating ventures and therefore cannot repay their loans.

There has been a lot of rethinking in the microfinance fraternity. One major premise that has been discredited is that capital is the only important financial need people have. This seems clear and obvious now, and microfinance organizations are expanding the range of their credit offerings. While we must still consider the risks and ethical dilemmas as we continue to aggressively push microcredit, the power of an entire range of microfinance services to help us achieve a more equitable world is becoming increasingly clear.

There has been a growing awareness among microfinance institutions that credit is certainly not transformative. Although certain people will be able to use microfinance to alter their future and build their businesses, that is not the case with the majority who receive a loan. Most are going to use it to smooth out their consumption.

Credit can be both an opportunity and a risk for low-income families. It is necessary to open doors, but it can also be a barrier. A person can dig oneself into a lot of debt, preventing the ability to move up financially. Loans can be malignant. Some people shouldn’t take on debt. Some businesses are too risky. And the temptation is always present to take these costly loans and scrimp on groceries. When they miss loan payments because a lingering illness keeps them away from their business, they get into the regular default cycle. That’s acute over-indebtedness.

Access to small loans for tiny businesses by itself won’t miraculously enable the poor to take their company to a new level. It will not build a steady business because a lot of them face several barriers. A modest cash injection cannot generate a stable income, or create a profitable cycle of trade and income particularly when the dally struggle of most of these people has to do with making a living, feeding their families, educating their children and staving off ill health.

The notion that microfinance has the potential to spark sustained economic growth is misplaced. The direct evidence of microfinance’s impact is less than overwhelming. In several cases, these financial activities can damage the prospects of poor people. Microloans do create opportunities for people to utilize "lumps" of money for augmenting incomes and mitigating vulnerability, but that doesn’t necessarily mean investing in businesses could lead to sustained revenue growth. Not all microloans produce beneficial results, especially for those engaged in low-return activities in saturated markets that are poorly developed and which are prone to regular environmental and economic shocks.

Poor households are not well served by simple loans in isolation. Minimalist microfinance provides a bandage where a major operation is needed, and at worst, it deepens the wounds while the bulk of microfinance portfolios may be commercially sustainable and attractive to conventional investors, reaching the still-excluded will continue to require innovation and experimentation. More than micro-loans, what the poor need are investments in health, education and the development of sustainable farm and non-farm related productive activities.

As Marguerite Robinson, an author and consultant of microfinance, puts it: "Credit is a powerful tool that is used effectively when it is made available to the creditworthy among the economically active poor participating in at least a partial cash economy – people with the ability to use loans and the willingness to repay them. But other tools are required for the very poor who have prior needs, such as food, shelter, medicine, skills training, and employment.”

The model on practice

The present model of microfinance practices – minimalist microfinance in which credit is the only intervention – is unlike the classic avatar that shows dollops of genuine good. Socially embedded institutions, provide clients with information and handholding, but most microfinance clients have no training, education, or role models in business, and therefore are unlikely to cultivate successful microenterprises on their own. They need a comprehensive suite of financial tools that work in concert to grow savings, mitigate risk, fund investment and move money. Many microenterprises fail due to lack of local demand, fierce competition, or inadequate technical skills of entrepreneurs. Microfinance actually best serves those who have higher skill levels and better market networks. Its loans, then, are hardly a tool of resilience, especially when widespread shocks threaten not only borrowers but the industry itself.

The hard truism is that microfinance has been saddled with misplaced expectations, and we have lost a sense of its more modest, even though critical, potential. It is actually only one instrument in a broader development toolbox, but in certain conditions, it happens to be the most powerful. It can make the poor a little more resilient, but it is not the answer on its own. It all has to do with how we are using it and how we are defining the outcomes.

*Economist based in Nagpur, India

Based in Napur, Ph.D., Economics, author of several books on Islam including bestselling biographies of Prophet Muhammad and Caliph Umar
RECOMMENDED