How to evaluate China under Western regime standards? 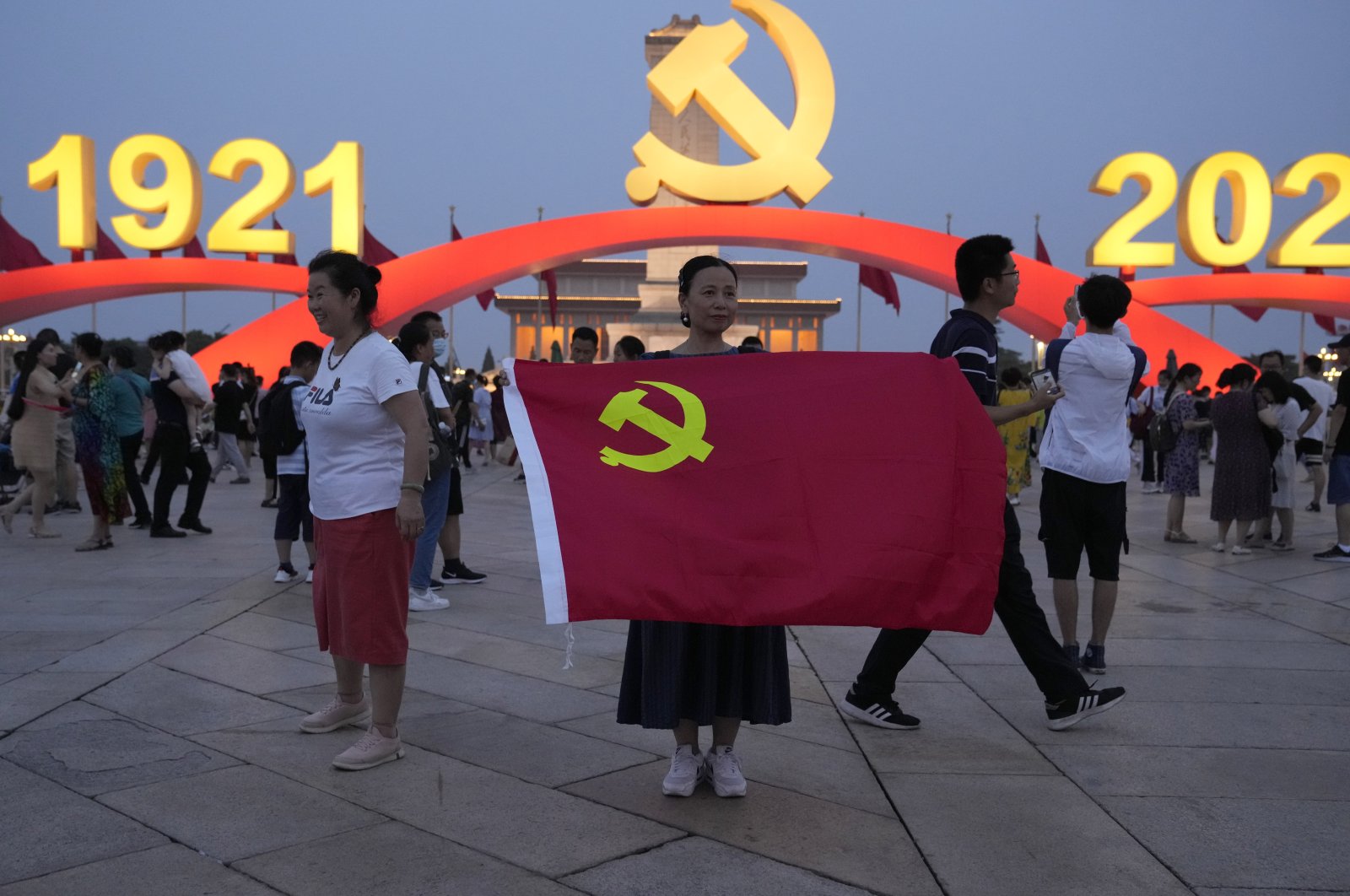 A woman holds up a Communist Party flag as she poses for photos near decorations to mark the 100th anniversary of the founding of the ruling Chinese Communist Party on Tiananmen Square in Beijing, China, on July 15, 2021. (AP Photo)
by Ahmet Faruk Işık
Aug 10, 2021 12:05 am

While the relationship between the Chinese Communist Party and the People's Liberation Army may differ compared to Western standards, it has its similarities too

The Chinese Communist Party (CCP) and the People's Liberation Army (PLA) have organic ties. Just like any other country, the army is shaped and ruled by the government. In this regard, CCP and PLA relations show similarities and differences from most western forms of governance.

This article examines the ties between the party and the army while considering the variables in this relationship. To do so, both Chinese and English sources have been used to shed light on the topic.

The 1st National Congress of the CCP was held in Shanghai in 1921, marking the founding of the party. Since the establishment of the People’s Republic of China (PRC) in 1949, the nation has been ruled by the CCP – making it the dominant power in the governance of China.

The CCP's central ideology is a blend of Marxism-Leninism, Mao Zedong philosophy and Deng Xiaoping theory combined with the theory of "Three Represents" (economic structural reforms, political structural reforms, cultural structural reforms). The CCP has a scientific approach to development, following the theory of "Four Comprehensives" (a strategy to build a moderately prosperous society, deepen reform, govern the nation according to law and strictly govern the party) while adhering to Xi Jinping's philosophy of socialism with Chinese characteristics for the new era.

Briefly, we can summarize the CCP's history in seven important historical events. As mentioned, the starting point is 1921. The Kuomintang (KMT/Nationalists) allied with CCP members against the warlord government in Beijing between 1924 and 1927.

Later, a new civil war between the Nationalists and Communists began in 1927. Chinese communist Mao Zedong emerged as the supreme leader of the CCP and consolidated his leadership at Yan’an in 1935.

Then, Communists and Nationalists established an alliance for the second time to counter the Japanese invasion between 1937 to 1945.

After Japan’s withdrawal from China, another civil war broke out between the two sides in 1946. Finally, the Communist Party founded the new China (PRC), replacing the Republic of China (ROC) in mainland China.

The CCP has around 95 million members, which equates to about 6.6% of the population. Of the members, 2,300 are selected to participate in the National Congress every five years.

The Politburo comprises 25 members, of which seven are chosen to establish the Politburo Standing Committee.

Finally, the party general secretary stands at the top of the pyramid. This system is called "democratic centralism."

Going by the "Red Army" in the early years, the PLA was built by CCP members.

The CCP’s Nanchang uprising on Aug. 1, 1927, marks the first military move against the KMT, and is considered the day the PLA was established.

Until the Autumn Harvest Uprising in September 1927, the CCP had focused on establishing the army.

By the time the uprising took place, the CCP had ensured political equality between party officers and soldiers. This was the first time that party-army relations were made clear.

The Autumn Harvest Uprising laid the foundation for the adoption of the CCP's system of absolute leadership over the army. Finally, the CCP's Central Military Commission (CMC) was established in October 1928.

The main reason the party built an armed branch was to stand against the bloody anti-communist politics of the KMT and lead the Chinese people in the tenacious fight for full national independence.

The CCP built an army to liberate the people and forged a socialist revolutionary path against all forces in China.

The CCP has ultimate authority over the army and oversees all military affairs and different branches.

This is not something new in modern Chinese history. Back in the ROC, the ruling party KMT and the armed forces had close ties, with the army following the party’s policies.

The CMC was the highest military body in China. There is strong agreement that other than the CCP, the most central institution in the PRC is the PLA.

The CMC is ruled by the CCP General Sectary Xi Jinping. The commission decides policies over the PLA.

It’s also important to note that PLA administration members have party identities. As mentioned above, the PLA may not act against the CCP’s interest.

Therefore, the PLA can be defined as a "party-army" with professional characteristics.

In general, the PLA plays an important role in both generating and legitimizing the party's ideology. While the army may sometimes appear as a competitor, it, in fact, follows the CCP's guidance.

Mao puts the relationship like this: “Our tenet is that the Party commands the gun, and not vice versa.”

Besides Mao, other Chinese leaders have also commented on the party-army relations in China.

For instance, Deng Xiaoping, the architect of the Cultural Revolution and modern China, once said that “Our military must always be loyal to the Party, to the people, to the country and to socialism.”

Moreover, President Jiang Zeming said that “The Party's absolute leadership over the military is the eternal soul of our military.”

Lastly, current President Xi Jinping said that “The Party's absolute leadership over the military is an essential feature of socialism with Chinese characteristics, an important political advantage of the Party and the country, and the foundation of the people's military and the soul of a strong military.”

According to the celebration message of the 100th anniversary of the founding of the CCP on the Chinese Foreign Ministry website:

“History has proved that the Party's absolute leadership over the military is the root and soul of the people's liberation army. A hundred years on from its founding, the CCP is still in its prime and remains as determined as ever to achieve lasting greatness for the Chinese nation. In the new journey of building a great modern socialist country in all respects, the people's liberation army will always follow the Party's leadership and will focus closely on realizing the Party's goal of building a strong military in the new era, namely building the people's military into a world-class military that obeys the Party's command, by which it can fight and win, and maintain excellent conduct.”

The positioning of parties

If we compare the relationship between the CCP and PLA with Western standards, the PLA would be considered more of a "party army" than a "national army."

The main reason is that the PLA is ruled by the CCP's Central Military Commission. From the Chinese point of view, the head of the military commission is the president of the country and the party's general secretary.

It shows that CCP is governed as well as the civil administration. The major difference is civil-military relations.

As mentioned above, from China's point of view, top party members are elected through National Congress.

Therefore, we see a party-centered system that governs China and relations between the CCP and the army.