How to observe fasting in Arctic North 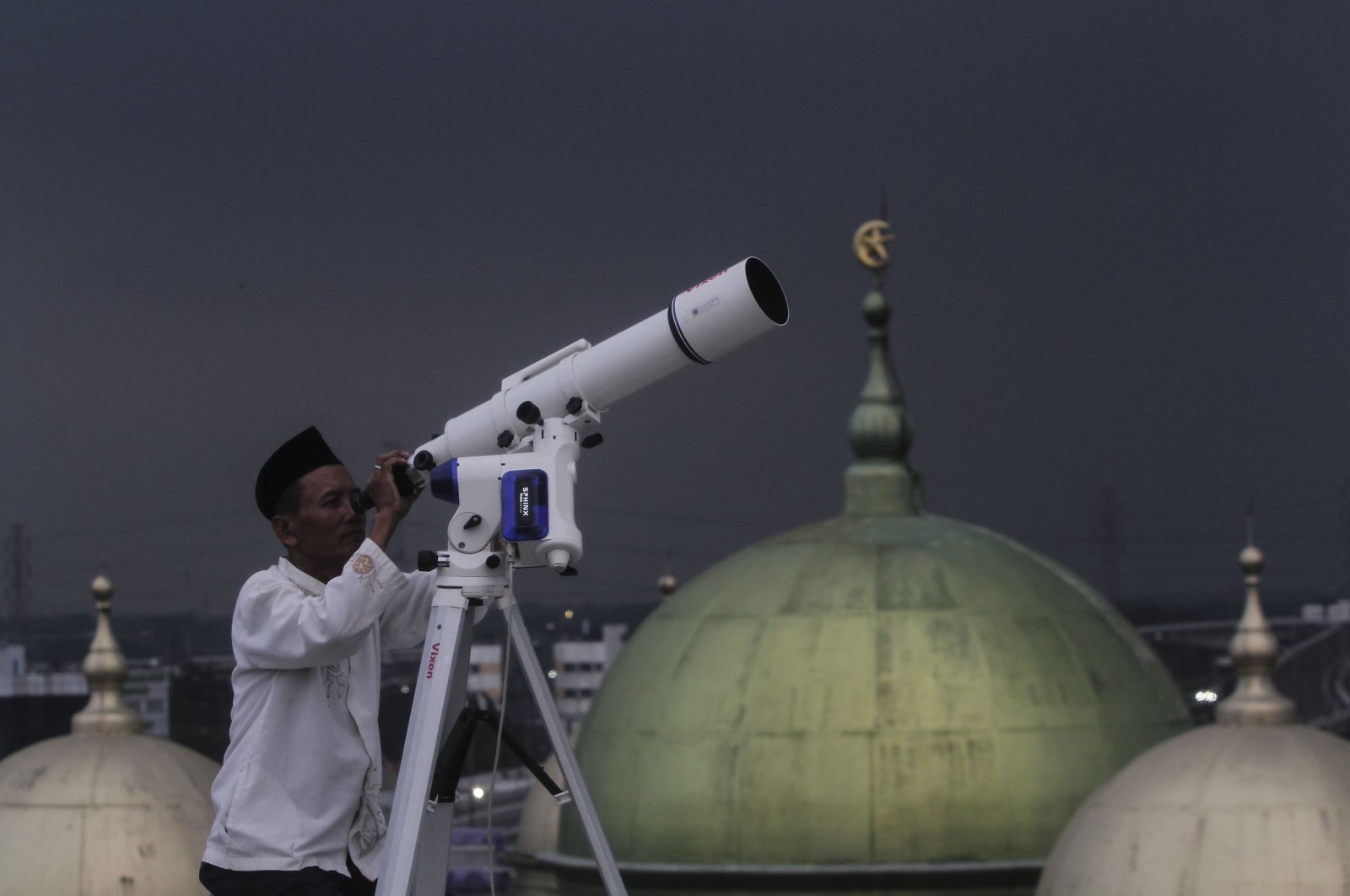 Ramadan is the holy month during which Muslims across the world practice dawn-to-dusk fasting. This year, the month is being marked in a way none of us could have ever anticipated. The coronavirus pandemic has not only affected the congregational night prayers, special to the holy month but has also put a stop to many other social traditions.

Fasting, however, continues to be observed, as in the last 1,400 years according to Islamic teachings. The debate about fasting in the Arctic North, where the sun does not set in summer months and little to no sunlight appears in winter, will resurface this year, perhaps with more rigor. I am revisiting this discussion here based on certain facts that will address these issues. These facts seem to have been either overlooked or misunderstood.

Traditionally, fasting is observed from dawn, with the appearance of first light before sunrise, to dusk. During the fasting hours, Muslims completely abstain from eating and drinking. Another important aspect of the Islamic month of fasting is that it is based on the lunar calendar. That means the month of Ramadan rotates yearly. Accordingly, fasting hours in summer months are longer than winter.

With the Muslim immigrant population swelling in Northern Europe and close to the arctic line, especially in countries like Norway, Finland, Iceland and Canada, the Islamic community in the region faces a unique challenge regarding fasting. In places lying at and above the arctic line, fasting in summer months poses a challenge for Muslims because the sun does not set, making it hard to figure out hours for fasting in terms of dawn to dusk.

A similar situation arises in winter months with little sunlight and persistent darkness. The difficulty in clearly distinguishing the dawn before sunrise and darkness associated with the sunset in Arctic regions poses an even greater challenge for Islamic scholars, as much as they have struggled to issue universally accepted guidelines for fasting in Arctic regions.

Yet, unease with these ambiguous theological dictations has persisted notwithstanding the rationale for marking hours of fasting for Arctic regions. The debate about fasting in the North has captured the attention of high-profile media organizations, scholars, and even atheists, who seem to question the apparent contradiction or lack of direction about fasting in the Arctic. Some serious concerns were raised about the word of Allah (God) and the Quran. One may argue that if Allah is the Creator of the universe, and the Quran is the word of God, why did Allah not anticipate and provide guidance to fasting for the faithful who will inhabit areas above the arctic line.

In search of answers to these intriguing questions about how the faithful living close to Arctic regions should fast when the sun does not set, or experience days with no sunlight? I revisited the verses in the Quran that mention fasting. First, I want to mention that the Quran is the book that allows itself to be put to test against hard scientific facts. Because, Allah declares in Chapter 16 of the Quran, titled An-Nahal (The Bee), verse 89, “We have sent down to you (O Muhammad) the book (Quran) explaining all things, a guide.” Therefore, let us learn if the Quran has any explanation regarding the challenging question about fasting in Arctic regions. An unconvincing explanation has the potential to shake the foundation of the belief of even the most devout Muslims. The Quran was revealed 1,400 years ago and is preserved word for word. If any reader is interested in checking the authenticity of what is written here, he or she can simply refer to the verses mentioned below, which I am copying from the English translation of the Quran by Abdullah Yusuf Ali.

Fasting is mentioned in five verses in the Quran's second Chapter of Surah al-Baqarah (The Cow). In verse 183, it reads, “O You who Believe! Fasting is prescribed to you as it was prescribed to those before you (referring to the Jews and Christians), that you may gain self-restraint.” This verse of the Quran does not provide instructions on how to perform fasting. The next two verses of Chapter 2, 184, and 185, also do not provide any specific instructions about how to perform fasting.

Verse 187 is the only verse in the entire Quran that provides instructions about how to perform fasting. It reads, “Permitted to you, on the night of the fasts, is the approach to your wives. They are your garments and ye are their garments. Allah knoweth what ye used to do secretly among yourselves; but He turned to you and forgave you; so now associate with them, and seek what Allah Hath ordained for you, and eat and drink, until the white thread of dawn appears to you distinct from its black thread; then complete your fast Till the night appears.” What is remarkable in this verse is the reference to the distinction of the white thread of dawn from its black thread with no mention of the sun. The word sun is not mentioned in any of the verses in the Quran that talk about fasting.

Allah in the Quran could have simply chosen to say, eat, or drink before the sunrise or before the first light of the sun and then complete fast till the sunset when night appears. Imagine, the mere reference to sun in the above verses of the Quran would have been a grave defect in the word of Allah as the sun does not set in the Arctic regions and barely appears in winters. In this case, fasting, which is one of the fundamental pillars of Islam, would not apply universally.

Remarkably, another verse of the Quran, Chapter 2, 196, again mentions fasting during Hajj, which is the annual pilgrimage to Mecca. Fasting is recommended as part of its rituals. With respect to fasting during Hajj, the verse says, “And complete the Hajj or umrah in the service of Allah. But if ye are prevented (from completing it), send an offering for sacrifice, such as ye may find, and do not shave your heads until the offering reaches the place of sacrifice. And if any of you is ill, or has an ailment in his scalp, (necessitating shaving), (he should) in compensation either fast or feed the poor.” The Hajj and umrah are performed in Mecca and it is common knowledge that in the Middle East there is a clear distinction of the day from night. Yet, Almighty Allah did not choose to refer to the duration of fasting during Hajj in Mecca in terms of sunrise or sunset. If Allah had chosen to reference fasting during Hajj in terms of sun, it again would have been a grave error as it would clearly imply that fasting is to be performed with respect to sunrise and sunset. The obvious missing reference to the sun is no ordinary miracle, as there exists a full chapter in the Quran dedicated to the celestial body, Chapter 91, the Surah Ash-Shams (The Sun).

Now coming back to the question of fasting in Arctic regions. The regions at or above the arctic line do experience a relative degree of fading of light indicative of night and also a relative degree of brightness (indicative of early morning) distinct from dim or less bright light, even though the sun does not set in summer or appear to have risen in winter. Now with this background in mind, let us reanalyze the following verse, “... eat and drink, until the white thread of dawn appears to you distinct from its black thread; then complete your fast Till the night appears”. Some would argue that the white thread of dawn is a reference to the first light of the sun and till the night appears to be a reference to the fading of light associated with early sunset. That interpretation actually forms the basis of traditional fasting in Ramadan. The other obvious interpretation evident from this verse is the reference to a relative degree of fading of light and a relative degree of brightness as being witnessed at the Arctic circle.

Importantly, verse 187 can further be understood in the context of the “biological clock” present in the human brain. The mind can recognize and process nighttime and daytime irrespective of sunlight and darkness. Our brain gets trained naturally to sense daytime and nighttime, allowing us to sleep and wake regardless of whether sunlight is present or not. This mechanism allows people living at and above the Arctic circle to fall sleep even though sunlight is present well into the night and awake even though complete darkness may persist well into midday. The fact that the words “Till the night appears” is in verse 187 instead of till the sunset, while also omitting any reference to the sun is vital to our understanding, as it refers to the biological perception of time and not necessarily the darkness associated with night due to sunset as the word sun, or shams, does not appear in any of these verses.

If the Quran was written by Prophet Mohammad, a man who lived on the Arabian Peninsula for his entire life, there was no need for him to avoid a clear reference to the sun or sunlight in these verses. Besides, there was no way that Mohammad in the 6th century could have traveled to the Arctic circle to witness midnight or zero sunlight on certain winter days, providing an explanation for him using the phrasing, "white thread of dawn appear to you distinct from its black thread," and, "Till the night appears."

Based on the above facts, I can argue that Muslims in the Arctic North can fast according to the biological perception of day and night, allowing the mind to mark hours for fasting without relying on sunlight during summer or winter months.

The views expressed in the article do not represent that of the institution where the author works. The author writes routinely on scientific, religious, political and environmental issues.