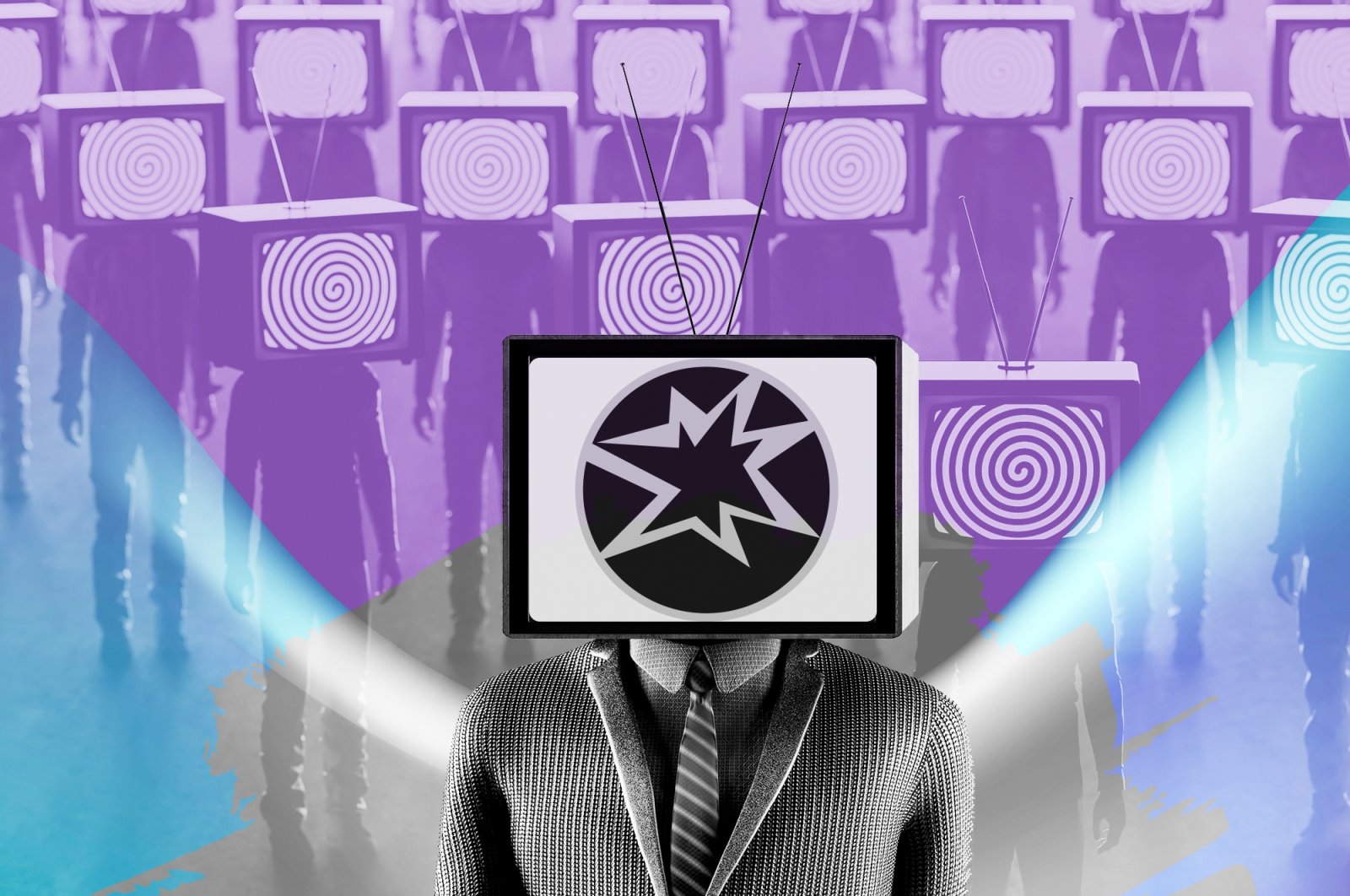 A photo illustration by Daily Sabah's Büşra Öztürk symbolizes the violence content on media.
by Murat Selvi Oct 15, 2021 12:05 am

Whether depiction of violence in media triggers social problems or vice versa is a chicken and egg situation. However, in any case, the language used in the portrayal of violent content requires meticulous attention

When we talk about the relationship between media and society, the first striking fact we encounter is how violence portrayed in media can have a particular effect on people. All studies in this field since the beginning of the 20th century reveal that violent content impacts individuals and societies.

The frequent presence of violence in newspapers, television, cinema, and the more widely used virtual environments today is a problem that arises out of the need to reach a wider audience and secure financial interests.

Violence sells itself. It is interesting, it arouses curiosity and because of that, TV series, movies, news, video games and social media platforms have become a place where it can be found easily. Therefore, it is an essential debate whether the intense level of violence in mass media desensitizes individuals and increases the frequency of violence in real life.

We all know that utmost attention is paid to action and violent scenes in movies and TV series because they help draw the audience's attention easily. While preparing a headline for a news story, the use of the most striking feature in the headline is still widely popular today and because of this, any element of physical violence in it takes center stage. The most striking headline highlights the words or sentences that convey violence in the harshest way. Even the news itself may appear weak to both the reporter and the reader without the use of adjectives and adverbs that exaggerate the violence.

Violence is a phenomenon that is easily encountered in traditional mass media such as television, newspapers, or virtual platforms like video games and has a psychological impact on individuals. Clinical studies on the subject show that undesirable behaviors like violent tendencies, aggression and introversion are more prevalent behavioral patterns in young people who are exposed to violence. The most interesting aspect of this situation is that violence does not need to be experienced in real life. Being exposed to violent content in a video game, television or cinema can easily have nearly the same effect.

The findings also indicate that these young people are more prone to committing crimes. To sum it up, the research shows that violence breeds violence and naturally crime. The media indirectly helps increase the incidence of violence that all societies try to combat and prevent in many ways. Although learning of violence through media may seem unbelievable, unfortunately, this is what is actually happening. In a society where the tendency to violence is increasing, the inevitable result, not surprisingly, is an increase in crime rates. After all, we all know that violence is learned through imitation and is the main element in many crimes.

Exposure to violence through the media has four main effects on people. These were defined as incitement to aggression, fear of victimization, depersonalization and appetite effects. These four effects give enough clues to grasp the negative situations that violence in the media can lead to. It is not difficult to predict that if the desensitizing effect spreads to society, it will have a devastating impact on the victims of violence in real life.

The most crucial factor that will lead to the spread of violence in a society is that it is perceived as a normal, natural and acceptable occurrence in daily life, instead of wrong, harmful, illegal and criminal. The most important supporters of this situation are the media tools, which are the primary source of this depersonalization effect. The media brings all this violence into our daily lives and unleashes its impact on society as a whole.

The language of news

In the most general terms, violence means ruthlessness, harsh behavior and brute force. Although the concept of violence, which has many different types, generally refers to physical effects, there are other types of violence such as psychological, verbal, nonverbal and sexual violence. What is surprising is that the processing and presentation of violence in the media is as old as the history of mass media itself. In this way, all kinds of violence can appear familiar or normal to people. For many, the fact that they have never encountered or never been exposed to such violence in their daily lives loses its importance at this point.

The existence of violence in the media has been the subject of discussions for many years and has also been the subject of many scientific studies. The simplest explanation is that violence has an important place in media because it facilitates sales. In other words, it ensures that the media content is preferred and consumed by wider audiences.

Some theorists argue that all types of violence are a set of learned behaviors. They draw attention to the fact that violence frequently featured in the media can lead individuals to engage in violent behavior. Based on this view, we might say that we are facing a very serious problem. Especially nowadays, media content produced anywhere in the world can be transmitted over great distances within seconds. It is common knowledge that violent items are quickly produced, shared and easily accessible. Due to factors such as recording, sharing and rewatching the content, people may be exposed to the same element of violence repeatedly. Digitalization, which is a tremendous opportunity for humanity to transfer information, turns into a process that increases the frequency of violence in the media to an unlimited level at this point.

On the other hand, some theorists state that a person will not exhibit violent behavior just because he or she encounters violent elements in the media. While accepting that violence is a learned behavior, they say violence learned from the media will be abandoned in a short time. Some experiments also support this view. According to the results of some experimental research on children and young people, it has been observed that children who watch cartoons containing violent elements use violence while playing with their toys, but they stop this behavior in a short time.

The critical point and the main question here is to what extent will a child's behavior be affected when they are regularly exposed to violence in all media content. After all, we definitely know that their behavior changes due to the content of cartoons, even for a short time. If violence is encountered in all media content, especially in news, which is the most powerful representation of the real world among media content, this situation might have the capacity to affect all members of society. Depersonalization starts showing itself after this point. Individuals who have become desensitized to violence may perceive it as natural and ordinary when they encounter violent events in their daily life.

Although elements of violence are frequently encountered in all media content, such as digital games, TV series and movies, violence is also commonly included in the news content. The presence of violence in news content can be described as more dangerous than other media elements. It is known that all other media items are a product of fiction and consumed with this perspective. Still, when it comes to "news," it is thought to be an extension of real life, a reflection of reality.

As a result of violence in media, people may start believing that violence in the world is much more prevalent than it actually is. This highlights the importance of the language used in the news media. Although some practices such as many legal regulations, ethical principles, publishing rules and responsibilities have been determined to protect the individual and society from the harmful effects of media violence, it has not been possible to eliminate the presence of violence in media content altogether. However, although there are measures, such as warning symbols, to prevent the harmful effects of violent productions, at least for children, it does not seem possible to limit access to media material in today's digital age.

The most critical barrier to the worldwide sale of media content is cultural differences and violence is the main content that can be sold almost unaffected by these differences. Therefore, incorporating violence into different content, from video games to TV series and movies, from newspapers to new media elements, is a frequently applied method. By overcoming the obstacles created by cultural differences, violence, which is rapidly sold around the world, can find its place in all media.

It should not be forgotten that the language of the news media is an important factor in preventing violence to the public. Using language that normalizes violence will inevitably desensitize society to violence and this depersonalization has a significant impact on the failure to prevent violence.