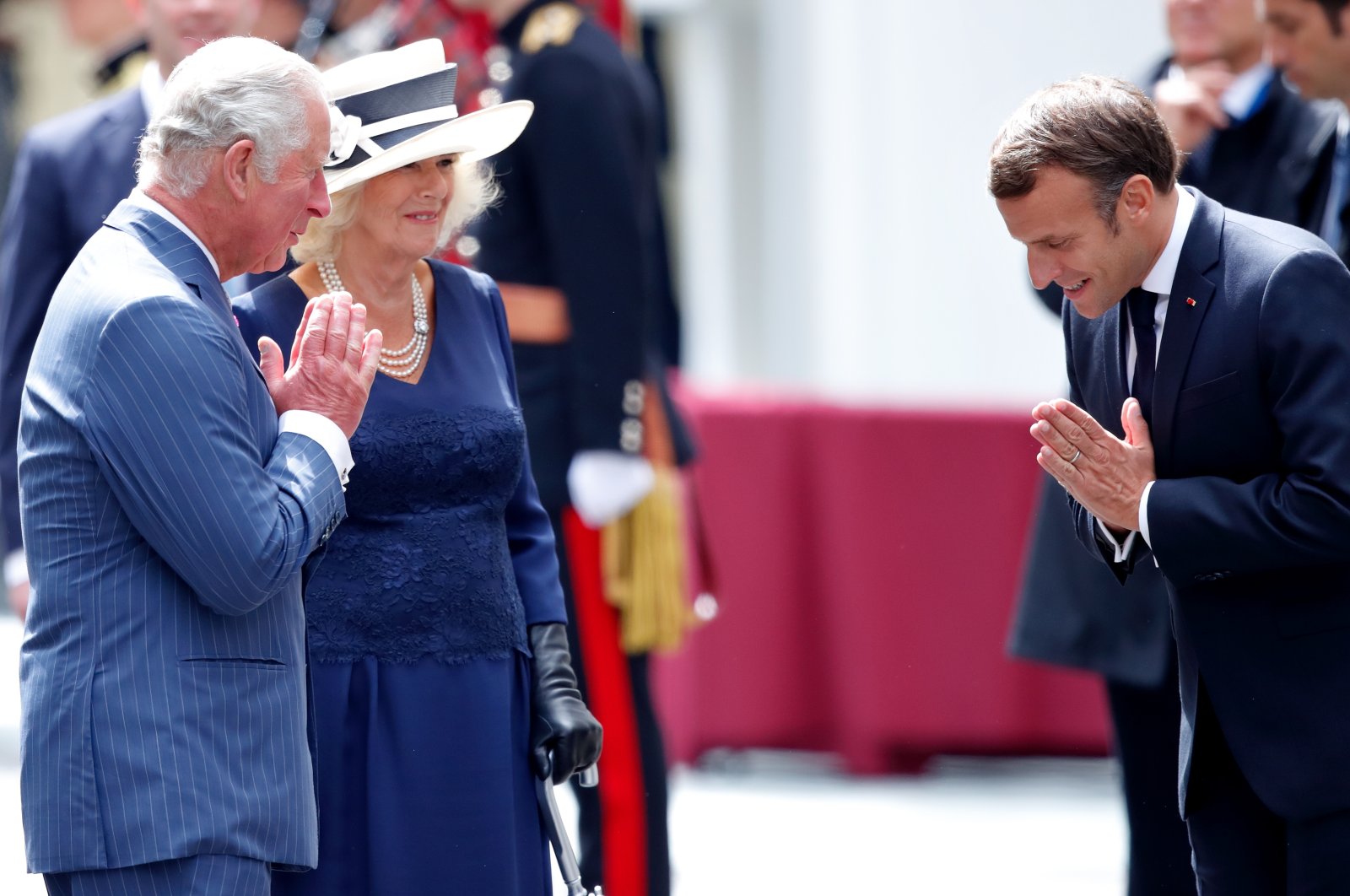 In August 2020, an image of two prominent world leaders went viral in India. When French President Emmanuel Macron received German Chancellor Angela Merkel at his Mediterranean holiday retreat, Macron welcomed Merkel with a namaste, a traditional Indian greeting characterized by hands pressed together, palms touching and a slight bending at the waist. The German chancellor reciprocated the greetings with a namaste, too.

Charles, accompanied by Camilla, Duchess of Cornwall, and Macron made namaste hand gestures as they said goodbye after attending a ceremony in Carlton Gardens to commemorate the 80th anniversary of France’s legendary President Gen. Charles de Gaulle's “Appel” speech on June 18, 2020, in London. Former Israel Prime Minister Benjamin Netanyahu also asked people to greet each other by folding hands and saying "namaste."

The traditional Indian greeting has replaced the more common handshake beyond Indian borders during the time of the COVID-19 pandemic, when public focus is largely on social distancing and avoiding physical touch as much as possible.

According to the Merriam-Webster dictionary, the Sanskrit phrase “namaste” is formed from “namaḥ,” meaning “bow, obeisance, adoration,” and the enclitic pronoun “te,” meaning “to you.” The noun "namaḥ," in turn, is a derivative of the verb "namati," which means “(she or he) bends, bows.”

Namaste is not just an informal greeting. Saying namaste embodies a feeling of respect to the other person. The mudra (posture) of namaste is called “Anjali Mudra.” With a deep long breath, both hands are pressed and folded together and placed near the heart, fingers are straight upwards. The thumb is placed close to the heart. Namaste is not just a greeting. It embodies deep spiritual and scientific connotations as well. According to experts, spiritually, "Namaha" removes all egos and one bows down to the creator within others; scientifically, joining both hands during Namaste ensures that the tips of the fingers are touched together, which activates pressure points in the body.

Science also considers namaste an appropriate form of greeting because, unlike a handshake, a person does not come into physical contact with another person, limiting the risk of transmission of any virus from one living organism to another. It also helps in maintaining the hygiene of the hand and avoiding transmission of infection.

Merriam-Webster also mentions that for a global audience, its initial use was associated with stories about newly independent India where it was mentioned sporadically. For example, Time Magazine wrote in Aug. 16, 1948, that “In response Nehru closed his palms in front of his chest. This traditional Hindu Namasthe (greeting) is as much a part of his public manner as was the V sign for Churchill.” On Oct. 17, 1949, the magazine also wrote: “Graciously, Nehru took the gift. On the ramp’s top, he turned and clasped hands in a farewell namasthe.”

A report by the U.N. on the funeral of India’s legendary leader Mahatma Gandhi mentioned another variant of namaste – the Namaskar pose: “One by one they filed past, some doing namaskar (hands placed together in an attitude of prayer), others bowing low and touching the ground with their foreheads.”

Though namaste was always an integral part of Indian culture, the wider global community was made aware of its benefits on a large scale in March 2020 when Indian Prime Minister Narendra Modi asked people to avoid handshakes and start greeting others with namaste.

The entire world is taking up the habit, he said. If for some reason we have discontinued this habit, it is the right time to once again take this up instead of handshakes, Modi said at the time.