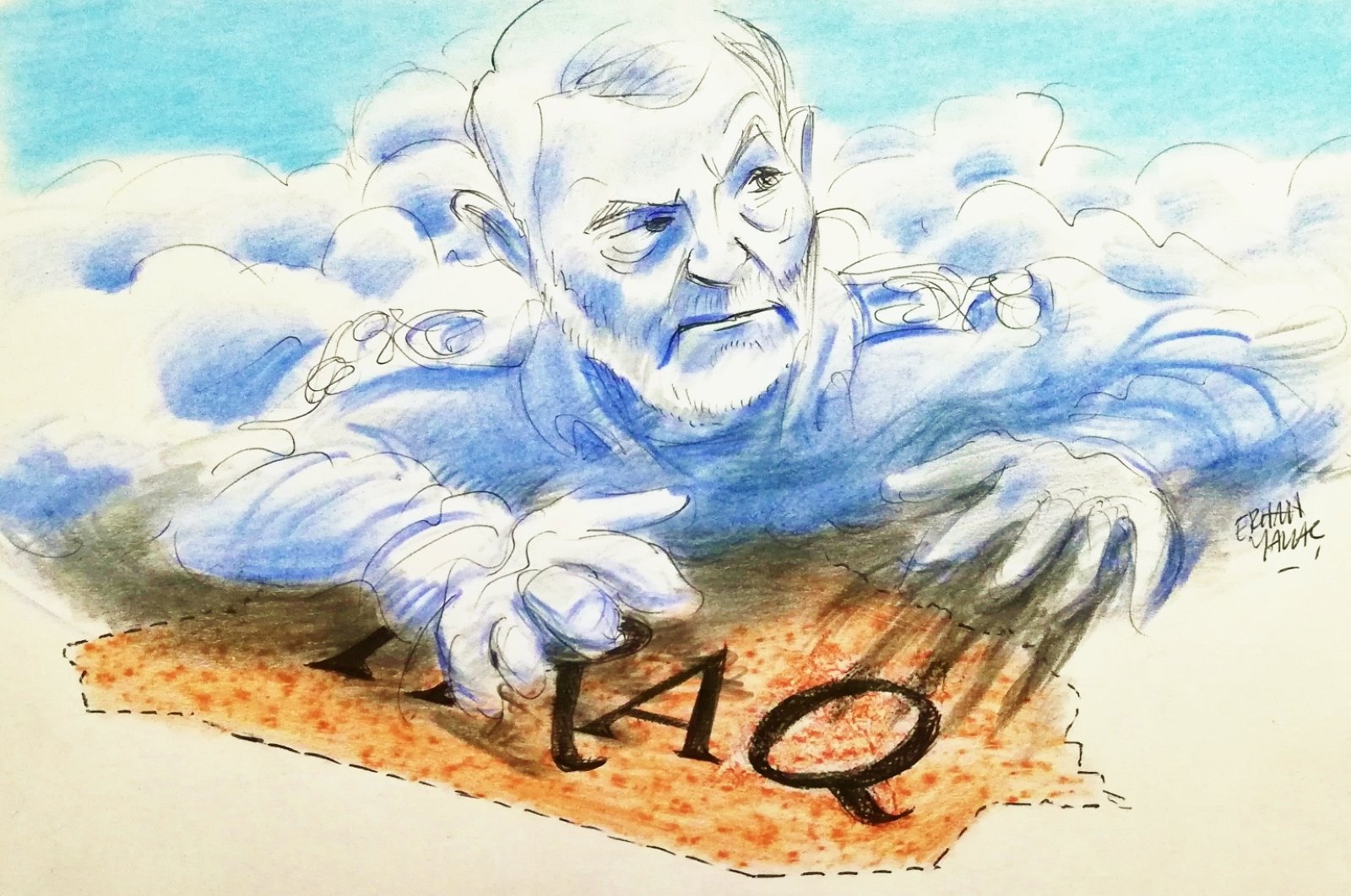 Three new unknown militia groups – Usbat Al-Thaereen, Ashab Al-Kahf and Qabdat Al-Hoda – have recently emerged and issued threats against the U.S. presence in Iraq. One of the three, Usbat al-Thaereen (League of Revolutionaries) attracts the most attention. Indeed, it released a video on its official Telegram channel on April 3, showing drone footage of the U.S. embassy in Baghdad's Green Zone. “U.S. embassy, our eyes are tracking your movement, and you will not achieve what you are planning,” the video said. Also, the group released another drone video on April 8, showing Ain al-Assad military base, a hub where many U.S. personnel are stationed in Anbar, saying, “We are watching your movement.” Even though U.S. officials questioned the novelty of the footage, by stating that it was filmed several months ago, the militia group raises new concerns about the American presence in Iraq. The establishment of Usbat al-Thaereen, as it claimed responsibility for the latest attacks on U.S. bases, will heighten tensions between Washington and Tehran.

Usbat al-Thaereen released its first statement on March 18, claiming responsibility for both the deadly Katyusha rocket attack at Camp Taji on March 11, which killed two Americans and one British solider, and on the Basmaya base on March 17. A masked man wielding a Kalashnikov-style assault rifle, with an Iraqi flag in the background, warns of the group's "victorious, blooming, prideful and dignified arsenal has far longer-range weapons that can kill you in the land of your spoiled child, Israel" in the video. The masked man then urges Americans in Iraq, "to leave vertically before we force them to leave horizontally." After the killings of Qassem Soleimani, commander of the Qods Force of Iran’s Islamic Revolutionary Guards Corps (IRGC), and Abu Mahdi al-Muhandis, deputy chief of the Popular Mobilization Forces (PMF), also known as Hashd al-Shaabi, by American airstrikes on Jan. 3, Iran-backed Lebanese Hezbollah’s leader Hassan Nasrallah said "the alternative ... to leave vertically is leaving horizontally," suggesting U.S. troops will leave the region in coffins if they do not go willingly. Considering the similarity of these statements, it is possible that Usbat al-Thaereen may be founded by Iranian-backed militia groups in the context of the “resistance axis against the U.S.”

Furthermore, the close similarity between the logo of Usbat al-Thaereen and other Iran-backed Iraqi militia groups – such as Kata’ib Hezbollah, Harakat Hezbollah al-Nujaba and Kata'ib Sayyid al-Shuhada – is a visual sign that Usbat al-Thaereen is close to Tehran. It can also be associated with the Lebanese Hezbollah in favoring green tones rather than yellow in its logo. Additionally, considering the PMF’s raid on the U.S. Embassy at the end of last year, the fact that Usbat al-Thaereen displayed it in drone footage may be a message about its relationship with Iran. Also, Iran has launched a series of missile attacks on Ain al-Assad, days after the U.S. assassinated top Iranian commander Soleimani. The U.S. then deployed Patriot missiles systems to counter possible Iranian rocket attacks at the same base.

Keeping the group shrouded in mystery, with no significant information about its structure and number of militias, may be a new strategy. Usbat al-Thaereen may have been established by former or existing PMF members, or within a completely new framework. The attack method of the group and the rocket mechanisms displayed after the attacks resemble the previous actions of the Iran-backed militia groups within the PMF. In this respect, it is also claimed that Usbat al-Thaereen may be a new missile unit that can use missile systems belonging to pro-Iran militia groups. After the attack on Taji, the U.S. retaliated on the bases of Kata’ib Hezbollah after it praised the assault through a published statement. If one remembers, after the strike on the U.S.’s K1 base in Kirkuk on Dec. 27 2019, the Washington administration attacked Kata’ib Hezbollah's bases, leading to the deaths of Soleimani and Muhandis. Pro-Iran militia leaders in the PMF are aware that they can also become clear targets after the killings of Soleimani and Muhandis. Moreover, the U.S. administration added the secretary-general of Kataib Hizbullah, Ahmet al-Hamidavi, to the list of "global terrorists." In this regard, Kata’ib Hezbollah may have used Usbat al-Thaereen as a new a “ghost” missile unit to stop being targeted by the U.S.

The campaign on the ground

Iran-backed militia groups have been promoting anti-U.S. political and military campaigns in Iraq for a long time. In this regard, the establishment of Usbat al-Thaereen is not a coincidence. Pro-Iranian groups, which have been added by the U.S. to sanctions and terrorism lists, may avoid the PMF as a legal apparatus. The excessive anti-U.S. opposition by the PMF, the official institution, could lead to stronger security reactions and a change in the state bureaucracy of Iraq, as well as further damages to the relationship between Washington and Baghdad. In this respect, the establishment of Usbat al-Thaereen was a facade for the PMF. The fact that the group, running an asymmetric war campaign against the U.S., shows its presence in the virtual world, may lead to blocking attacks on pro-Iranian groups within the PMF. Consequently, this could allow pro-Iranian forces to create a “denial space” when it comes to attacking the U.S. Particularly the U.S.'s recent pressure on pro-Iranian groups and the harsh response to their attacks may have pushed Iran into a “ghost” strategy.

After the killing of Soleimani, Ali Shamkhani, secretary-general of Iran's Supreme National Security Council, said: "We will establish a new armed group of more than 2,000 people in the region. The main function of this group of mujahideen is to remove U.S. forces from the region." In this regard, it is not a coincidence that a few days after Shamkhani visited Iraq on March 8, during a period in which the government and coronavirus crisis continued, the attacks on Taji took place. While the pro-Iran political parties pressure continuously for the removal of U.S. troops from Iraq, radical paramilitary groups seem to conduct deterrent attacks. As a matter of fact, the withdrawal of the U.S. from five bases in Iraq can be considered as the protection from the attacks of these uncontrolled forces. In the U.S.-Iranian tension, which seems to be shaped around the militia developments, it is expected that the “ghost” radical groups that fight with hit-and-run tactics will increase in this new phase. This situation may lead to the disintegration or weakening of the PMF, as well as showing that Iran will not give up its activity in Iraq and will try to transform the deterrent power of the proxy war with the U.S.