Is Afghanistan sleepwalking toward another long war? 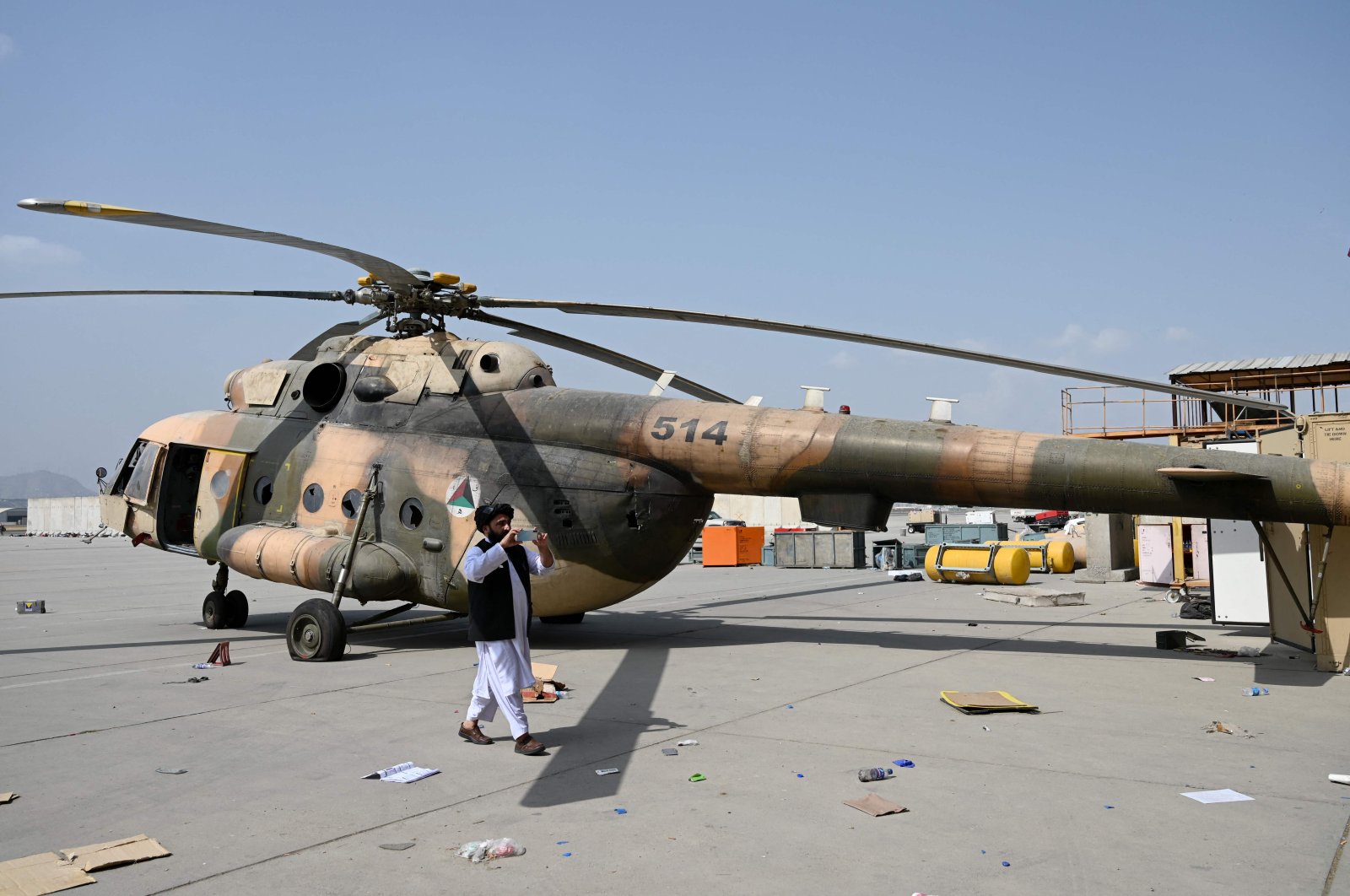 Afghans have in the past half-century survived two long and deadly invasions and an internal conflict costing them millions of innocent lives. For decades, the nation has hardly ever breathed in peace, and a second generation is now growing up in a war and conflict zone. A DW documentary explains the reality of life in “Afghanistan - Land of endless war.”

After a suicide bombing by Daesh-Khorasan Province (Daesh-K) terrorists rocked Kabul Hamid Karzai International Airport, killing dozens of innocent people including 13 American soldiers, fears escalated that there could be another round of horrible war.

U.S. President Joe Biden vowed to finish the Kabul evacuation and avenge U.S. deaths while believing that “there was no evidence they colluded with the Taliban.” Does that mean Daesh is now the common enemy of America and the Taliban?

As the situation on the ground unfolds it raises many questions: Will Afghanistan witness a new war? Does the Taliban versus Daesh mean the two Sunni groups will face each other in Afghanistan? How will this new war shape the future of South and Central Asia?

In recent years, Daesh-K was behind the deadly attacks on mosques, public places, and hospitals in Afghanistan and Pakistan. Evidently, the notorious terrorist organization has “sleepers cells” in Kabul and beyond.

The big challenge ahead is what can be done to stop Daesh from spilling more blood?

According to Martin Chulov, years ago, Tony Blair admitted in an interview with CNN that “without the Iraq War there would be no (Daesh).”

Although last week’s terrible suicide attack on the Kabul airport was predicted, neither the American troops nor the Taliban were able to prevent it. In the aftermath of the attack, Biden warned that a “new Kabul terror attack was highly likely.” All eyes were on the Americans and Kabul’s new rulers as to how they would stop the blood-thirsty Daesh attacks, just as it happened in the previous days.

The U.S. responded with a drone strike on Daesh-K that killed the planner of the Kabul airport suicide attack. This was followed by another drone strike that took out a vehicle filled with explosives headed toward the airport on Sunday. Several civilians were also killed in the latter strike.

A week before the Daesh attack in Kabul, The Guardian reporter Jason Burke, a leading expert on radicals, predicted that the “Taliban in power may find themselves fighting Islamist insurgents.”

The Bruke article was published on Aug. 18, 2021, and two days later an ex-MI5 chief, Jonathan Evans, warned that “Daesh could take advantage of Afghanistan’s fall” and therefore, the “ability to intervene with Special Forces in Afghanistan should be retained.”

Within the same timeline, the top American newspapers and broadcast channels pushed a shared concern days before the Kabul airport strike about what would happen to the hoards of deadly and costly weapons left in the hands of the Taliban.

One broadly floating theory is that possibly America wants to destroy its leftover stock of weapons that might go to Russians or Chinese. That means losing technological secrets to arch enemies.

It seems to me that soon after the evacuation the political scenario in Afghanistan will change drastically. Patrick Wintour predicts that “the U.K. and other G-7 countries appear to be returning to a familiar combination of carrots and sticks as humanitarian aid, international recognition and sanctions in an effort to retain a measure of influence over the Taliban.”

That is fairly possible. Just look at the western media coverage of the fall of Kabul that parrots the same themes as the coming back of radical groups and that women's rights and people's freedoms are in danger.

It is certain that America is not going back, but it is in fact repositioning its military presence in the region. Now that the old enemy Daesh has suddenly become active, America has a reason to stay in Afghanistan but with a different role, one that could see it partnering with the Taliban in its new fight against Daesh.

For the forthcoming battle with Daesh, many western experts are also voicing support for a joint venture of American and Western forces with the Taliban for various reasons.

Previously, the Taliban had defeated Daesh, a notorious terrorist organization. Now, the Taliban are rich in modern weaponry, so it’s time to destroy Daesh before it can threaten Western powers' interests in the region. For imperialists, the best option now is to use Taliban forces against Daesh.

Some critics assume that this would serve several strategic purposes. For instance, the Taliban-Daesh fight could easily spread to Russia, China and Pakistan, where Daesh could find ideologically minded groups such as Pakistan-based Tehrik-i-Taliban Pakistan (TTP), which has been involved in dozens of deadly attacks on mosques, shrines, public places and on military convoys.

Perhaps, that could be a new game to pressure Russia, China and Pakistan using militant groups. There is a serious concern over the Taliban-Daesh fight that the regional powers may support either the Taliban or Deash, as it happened in Iraq, Syria, Libya, Sudan and Somalia.

Seumas Milne discloses that “the U.S. fuelled the rise of (Daesh) in Syria and Iraq” and found that “American forces bomb one set of rebels while backing another in Syria.” For Milne, that is the reason the sectarian group is difficult for Western states to curb, especially considering “that (Western states) incubated it in the first place.”

In that case, the whole region will be in turmoil and chaos and become a center of new proxy wars between India, Pakistan, China, Russia and the U.S. The best way for the sake of humanity is to work together for peace and stability in Afghanistan because that would benefit both East and the West.

How can repetitive failures become progress?

Following the American troops' failure to stop the already foretold Daesh-K suicide attack on the Kabul airport, The Guardian report raised significant questions: “How did the bomber make it through Taliban checkpoints? Why were U.S. troops in such a concentrated space when they knew an attack was imminent?”

The head of U.S. Central Command, Gen. Frank McKenzie, admitted, “It was a failure somewhere.” Moreover, Mckenzie believed that “the threat from Daesh is completely real, we expect those attacks to continue and we are doing everything we can to be prepared for those attacks.”

Turkey’s leading English paper, Daily Sabah, branded it as an “Epic failure” on its front page.

Unfortunately, America has a long history of intelligence failures, from “Pearl Harbor” to Sept. 11, and from Iraq’s “weapons of mass destruction” to the Kabul suicide attack last week.

Another uncomfortable truth is that the American government has been involved in covert operations, assassinations, regime change actions and a series of false-flag operations. These are not illusions, but rather unpleasant facts.

Every single page of William Blum’s book “Rogue State: a Guide to the World’s Only Superpower” witnesses the wrongdoings of American governments.

Many social media warriors on Twitter consider the Kabul airport attack an inside job. As James Risen puts it, “For two decades, Americans told one lie after another about what they were doing in Afghanistan.” The result is the rising public mistrust in what American government officials speak.

So how will intelligence agencies fight a new battle with Daesh-K? Will it be a shared and joint operation? Will the U.S. work closely with the Taliban along with Pakistan, China, Russia and Turkey?

One way to avoid further causalities in suicide attacks and terrorist attacks is mutual cooperation of regional states and international powers, as they are all targets of various terror groups.

The second is disarming the terrorist groups, as the past experience shows several countries have been supporters of such groups in proxy wars in Syria, Libya, Somalia, Yemen and beyond.

A new war in coming days and months may unfold, and the challenge ahead will be safeguarding civilian lives.