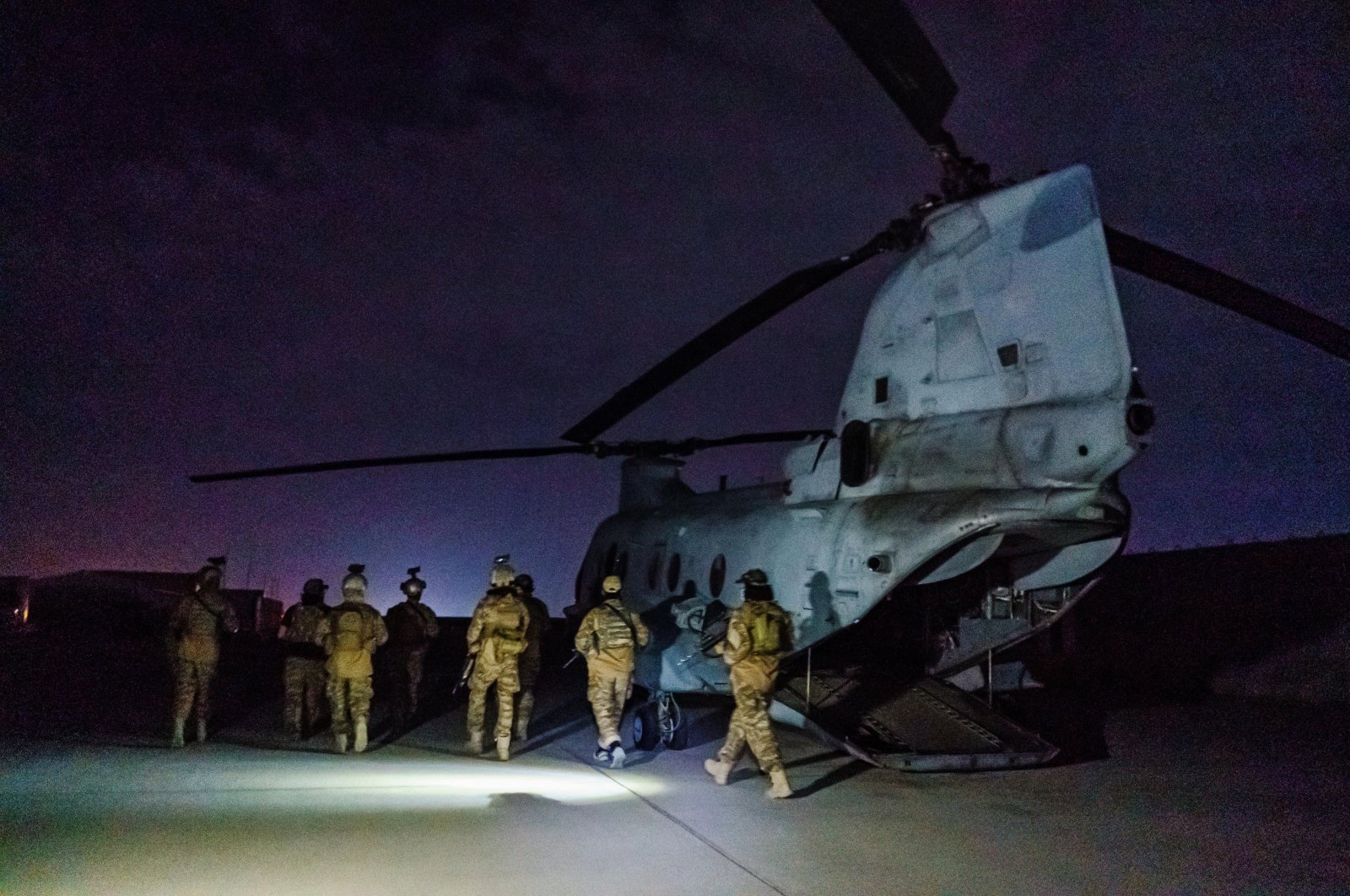 As it appears, Daesh is now the common enemy of America and the Taliban. Will the United States and the Taliban become new allies in the fight against Daesh-Khorasan Province (Daesh-K), especially after its deadly attack on Kabul Hamid Karzai International Airport?

The U.S. certainly faces a new terrorist threat in Afghanistan and while President Joe Biden has vowed to avenge U.S. deaths, he believed that “there was no evidence they (Daesh-K) colluded with the Taliban.”

Biden’s predictions about the Daesh-K attack on Kabul airport have become true and he has warned that the U.S. was not done with the terrorist group yet.

His austere warning brings back memories of George W. Bush's rhetoric and the old: “We don’t forgive. I don’t forget. We hunt you down and let you pay.”

That’s a clear indication that yet another long battle is about to start. Since the fall of Kabul on Aug. 15, 2021, several leading military figures and security experts in the West have constantly warned about the resurgence of terrorist groups like al-Qaida and Daesh-K.

In a series of articles published in The Guardian, Jason Burke and several leading academics and military figures, including Richard Kemp and Jonathan Evans, have warned of “imminent prospects of Daesh-K attacks” beyond Afghanistan.

This situation may lead to yet another long battle and bloodshed in Afghanistan. Can it be stopped? It seems like a big challenge, mainly because of “the viciously profitable business of war” that guarantees the survival of arms manufacturers.

Although, the unfolding state of affairs in Afghanistan and the reemergence of Daesh-K is a timely reminder that arming, supporting and fighting radical groups in one form or the other wouldn’t work. Yet, that’s just a dream of ordinary people in the street, not invisible rulers and arms traders.

The creation of Daesh

Former British Prime Minister Tony Blair confessed in an interview with CNN that the Iraq War "helped give rise" to Daesh, so in other words without the Iraq War there would be no Daesh.

Although, ahead of the Chilcot inquiry report, Blair made a “qualified apology” but as the saying goes, “Sorry doesn’t make a dead man alive.” Obviously, no one can bring back the millions of innocent people who lost their lives in Iraq, Syria, Yemen, Libya, Somalia and Afghanistan at the hands of radical groups, once created, supported and armed by the U.S. and its allies.

While the Western media are awash with information on the Taliban and Daesh following the Kabul airport suicide attacks, a majority is deliberately ignoring to inform the public who invented and supported the same groups to fight their wars in the first place.

A top U.S. military commander, Gen. Wesley Clark, who served as a supreme allied commander of NATO, confessed to U.S. blunders in the Middle East and beyond.

Back home, the U.S. administration is under serious pressure on different issues, from its mishandling of the COVID-19 crisis to a crumbling democracy and wasting billions of dollars in an unnecessary war in Afghanistan.

Alongside the American public, a number of academics, liberal politicians and radical voices within the media are raising concerns over the U.S. administrations' repeated failures from the Iraq War to all the other places where the U.S. has launched preventable wars or endorsed and supported radical groups.

Once again, the same old game is being played out in Afghanistan, with the return of the ill-reputed Daesh. Perhaps, to cover up the unexpected surrender of the Afghan military once created and trained to fight the Taliban.

The poverty-driven, despondent and desperate young Afghans who clung to the side of U.S. military aircraft were not fleeing the Taliban, rather they were ready to leave a Stone-Age Afghanistan that couldn’t guarantee a bright future for them.

Many in the Western media rushed to publish the images of fleeing Afghans in a bid to suggest that the Taliban "evil is back."

It seems another round of tracking and hunting down the evil has already begun. But how long will it continue and what impact will it have on the region? Perhaps that’s too early to predict, because “It’s never a simple story.”