Khashoggi and Floyd killings: None of us will be able to breathe! 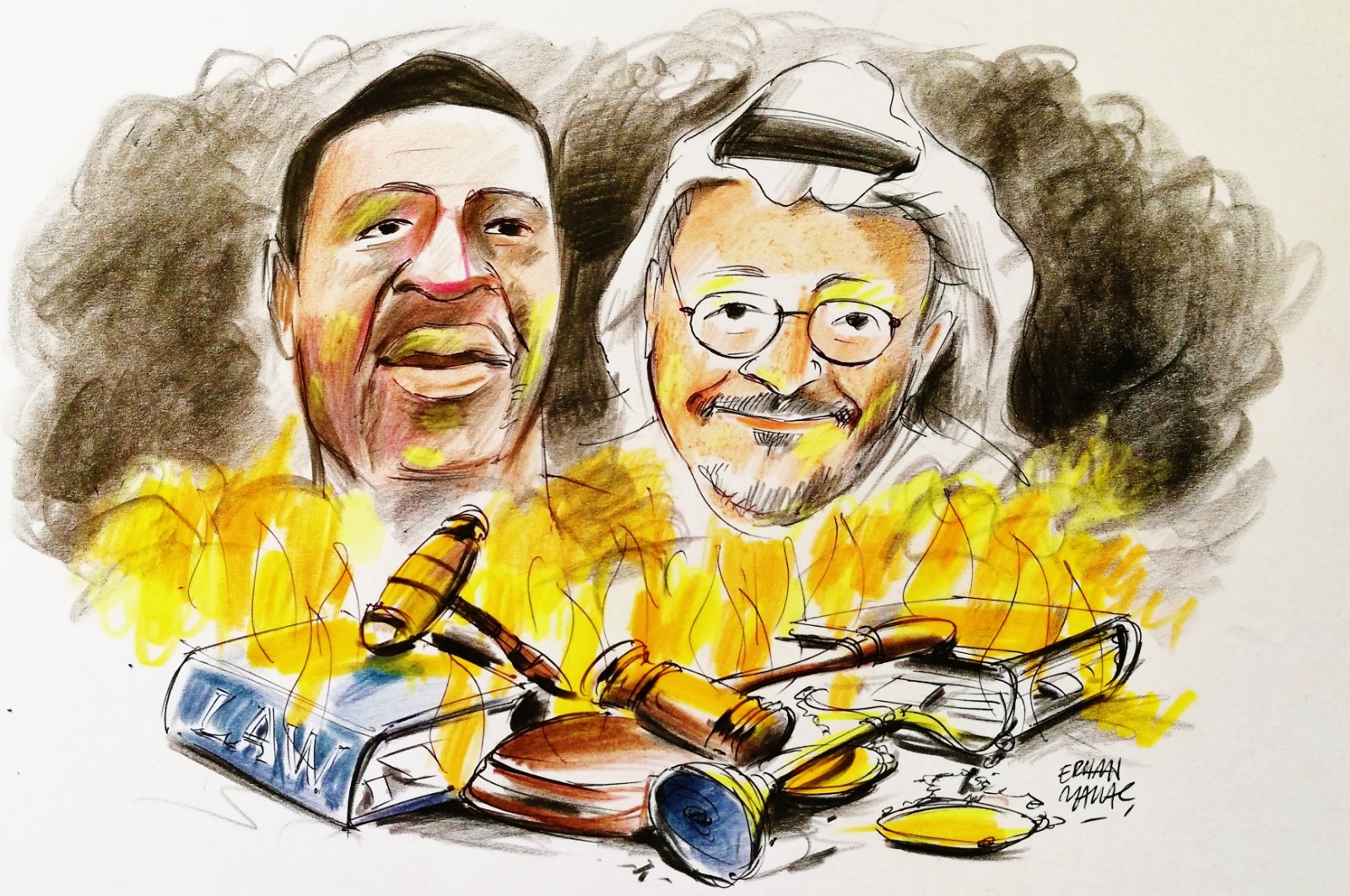 It isn't the first time we hear these words. Saudi journalist Jamal Khashoggi – who was murdered at the hands of Saudi agents in Riyadh's Istanbul consulate – too, repeated "I can't breathe" at least three times while he was struggling against the band of rogue killers who would rob him of his life.

Although both Floyd and Khashoggi were the victims of two widely disparate, yet horrific crimes, their last words were the same. I think there are some differences between the two cases. In the case of Floyd, a cop abused his power in what appears to be an unpremeditated attack. Yet in the case of Khashoggi, Saudi agents actively planned to kill him, traveling all the way from Saudi Arabia to Turkey to implement their dirty agenda.

Floyd's family and friends know where his body is. They have received it and at least had the chance to organize a funeral. Unfortunately, Khashoggi's family and friends cannot do this because Saudi Arabian authorities are hiding the truth. There isn't a shred of doubt that Saudi officials know all details of this story and what their agents did with Khashoggi's body.

Those in Minnesota and across the U.S. are currently expressing their outrage over racism in that country, sparked by the killing of Floyd at the hands of police. On the other hand, in Saudi Arabia, no one can dare talk about the killing of Khashoggi by the underlings of Saudi Arabia's Crown Prince. They can neither protest against this horrible crime because the citizens of Saudi Arabia have no right to freedom of expression or protest.

In response to Floyd's death, Minneapolis mayor fired all four police officers, while the chief culprit Derek Chauvin, has been arrested and charged with murder.

Meanwhile, the Saudis went to extreme lengths protecting those involved in Khashoggi's killing. Although a Saudi court convicted some in connection with the crime, everybody knows this is just a parody of justice played out in order to close the case.

Salah Khashoggi, the oldest son of the slain journalist, said his family pardoned those who had taken his father's life in 2018, adding in a statement posted via Twitter: "We the sons of the Martyr Jamal Khashoggi announce that we pardon those who killed our father, seeking reward God almighty." Except for the Saudi troll army, there is not a soul out there who believes that Salah Khashoggi announced his family's wish to forgive his father's killers without duress forced upon him and the rest of his family members.

The murder of Floyd was an unforgivable crime, just like the assassination of Khashoggi. There is no tomb for Khashoggi to be visited by his family and friends, yet at the very least, Floyd's family and friends, the American media and public opinion can monitor the progress of the upcoming trial and make sure justice is served.

The international community continues to play the game of the three monkeys in Khashoggi's case, with countless nations attempting to maximize their national interests by playing blind, deaf and dumb. I am afraid that this impassivity will make the world a place where none of us can breathe.

*Writer based in Turkey