Libya's fight for its right to democracy 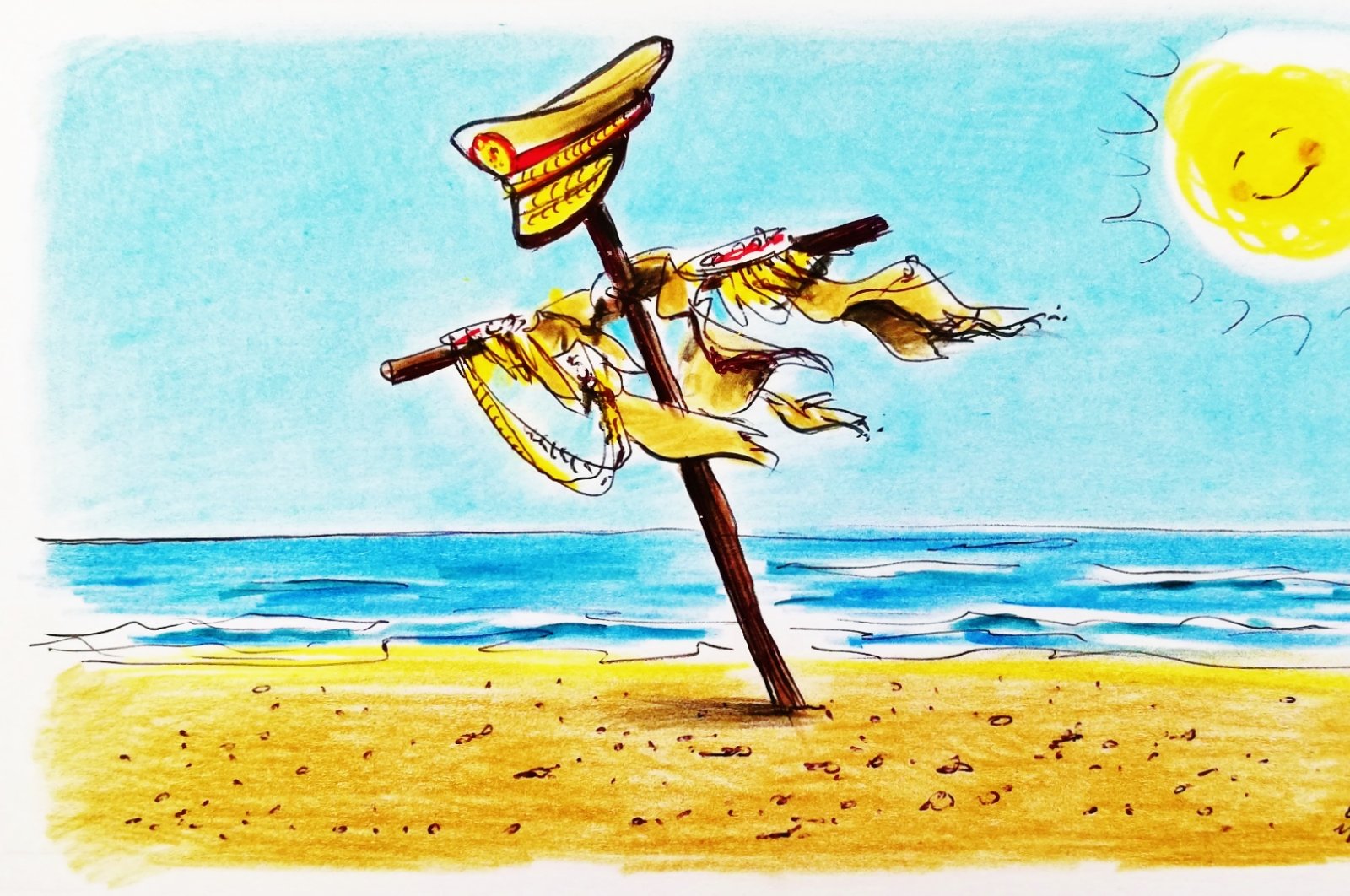 There’s something oddly reassuring about hearing the missiles land around Tripoli, a chance to gauge where putschist Gen. Khalifa Haftar is targeting: Salahaddine, Souq al Juma, Ain Zara, Mitiga. With random shelling as a collective punishment after failure on the battlefield, nowhere is safe. At least you know it’s not your area this time. Silence is ominous, and you subconsciously wait for the next thud that shakes the ground, to know if you’re in the line of fire or not. The last 13 months have been hard on Libyans. Since the foreign-backed warlord decided to bring his military coup from the east of Libya to the west that fateful night back in April 2019, every day has been a catalog of death and loss: the loss of life, loss of homes and the loss of the dream of a democratic, united Libya.

I've had my fair share of drama, missiles from an air raid struck our farm, destroying one family home on our land, but we were blessed with the miracle that no one was injured. Haftar’s gangs came to take my husband, and he only just escaped, while the not-so-lucky ones had their throats cut. We then had to go on living as displaced refugees. I've moved five times since last August, including a month sleeping in a school classroom. Now I’m in a high rise flat with no water and only occasional electricity, but others have lost far more.

When the first missiles crashed into our area, it took a while for the truth to reveal itself, for the real agents of this catastrophe to become known. At first, I believed from my experiences with corruption that it was Haftar's militias fighting Tripoli's militias because since 2011 I’ve become used to these types of skirmishes. As tragic and frightening as they were, they rarely lasted more than a few weeks. It became clear, however, that this was a much bigger fight, and while one side was indeed the U.N.-backed Government of National Accord (GNA) with the aid of an alliance of Tripoli and Misrata militias, the other side, Haftar’s side, was a deadly coalition of the United Arab Emirates (UAE), Saudi Arabia, France, Egypt, Russia, Italy and Jordan. Each have their role as financial backers, intel suppliers, weapons providers, propaganda merchants and worst of all, providing mercenaries to do the killing.

It’s a testimony to the sheer raw courage of the GNA’s members that they managed to hold back mercenaries provided by the Russian Wagner Group, Janjaweed from Sudan and the Gaddafi loyalists who were determined to see the revolution die along with many other itinerants. For months it was one step forward and one step back. As time went on, however, it did not look good. Civilians were dying by the hundreds, and displacement had reached disastrous proportions as thousands of displaced families were trying to find somewhere to live in an ever-contracting space. Then along came the coronavirus to add to the misery, and Haftar took psychological advantage of the situation by bombing hospitals and medical supply warehouses. At times, I literally despaired that we could survive this another month. Then Turkey stepped in.

Very quickly the political dialogue changed. There was talk of a cease-fire and within days Fayez al-Serraj, the leader of the GNA, and Haftar went to Moscow to sign a verbally pre-agreed cease-fire. It turned into a circus when Haftar ran away during the night after delaying the signing until the next morning. More diplomacy followed at the Berlin conference in January, but the war was escalating and Haftar had no intention of reaching a political solution while his backers were helping him win on the ground. By March, President Recep Tayyip Erdoğan had finally had enough. Ratified by Parliament, Turkey started an offensive employing the effective Bayraktar TB2 drones. They also supplied jamming equipment that ended the Emirati drone attacks and intel. Quite quickly the tables turned. The first significant victory was the retaking of the crucial logistical town of Ghariyan in the southeast and was followed quickly by many steps of progress leading up to May 18 when Libyan-operated Turkish drones destroyed seven Russian made Pantsir-S1 systems in 48 hours. The GNA began taking towns held by Haftar within hours.

So what's next? Every country backing Haftar has its own reasons for supporting the dual nationality U.S.-Libyan citizen who has dreamed of ruling the country for 40 years. Some support him for access to the gas-rich resources: Putin wants to control all the gas that goes to Europe, France wants to protect its lucrative contracts for Total. Others support him for political reasons, as the United Arab Emirates (UAE) is systematically destroying all the Arab Spring states by either stirring up counter-revolutions through subversion or all-out war. Egypt under Abdel Fattah el-Sissi sees its neighbor successfully applying democracy, an ideological threat to his military coup. Saudi Arabia is also frightened of the threat democracy poses to their kingdom and wants the Salafists to control Libya. Some are just doing what they are told by the UAE. Every actor has its own ax to grind at the expense of the Libyan people whose right to self-determination has been lost during the international feeding frenzy. Turkey to date is considered the savior of free Libya, and the fact they have negotiated a very advantageous maritime agreement in return for intervention is secondary to the perception that the Turks are our brothers and sisters and we have a long history binding us together in solidarity.

Haftar is not an option

At the time of writing, our future remains uncertain. Those of us who want a free democratic country are praying that the international vultures will back off and that Turkey will help us beat Haftar. Ideally, we will achieve democracy and Turkey will be our partners in rebuilding a strong, successful Libya. One thing is certain, Libya will never lie down under a dictatorship again. What will happen to Haftar is uncertain; his stronghold in the east is maintained with an iron fist, but after 13 months of death and destruction in the west and six years in the east, including massacres like Derna, he has no place in Libya in my opinion. Haftar's only legitimate place is in the International Criminal Court being tried for war crimes.

* Op-Ed contributor based in Libya, ex-president of the British Libyan Solidarity Campaign

* Op-Ed contributor based in Libya, ex-president of the British Libyan Solidarity Campaign
RECOMMENDED