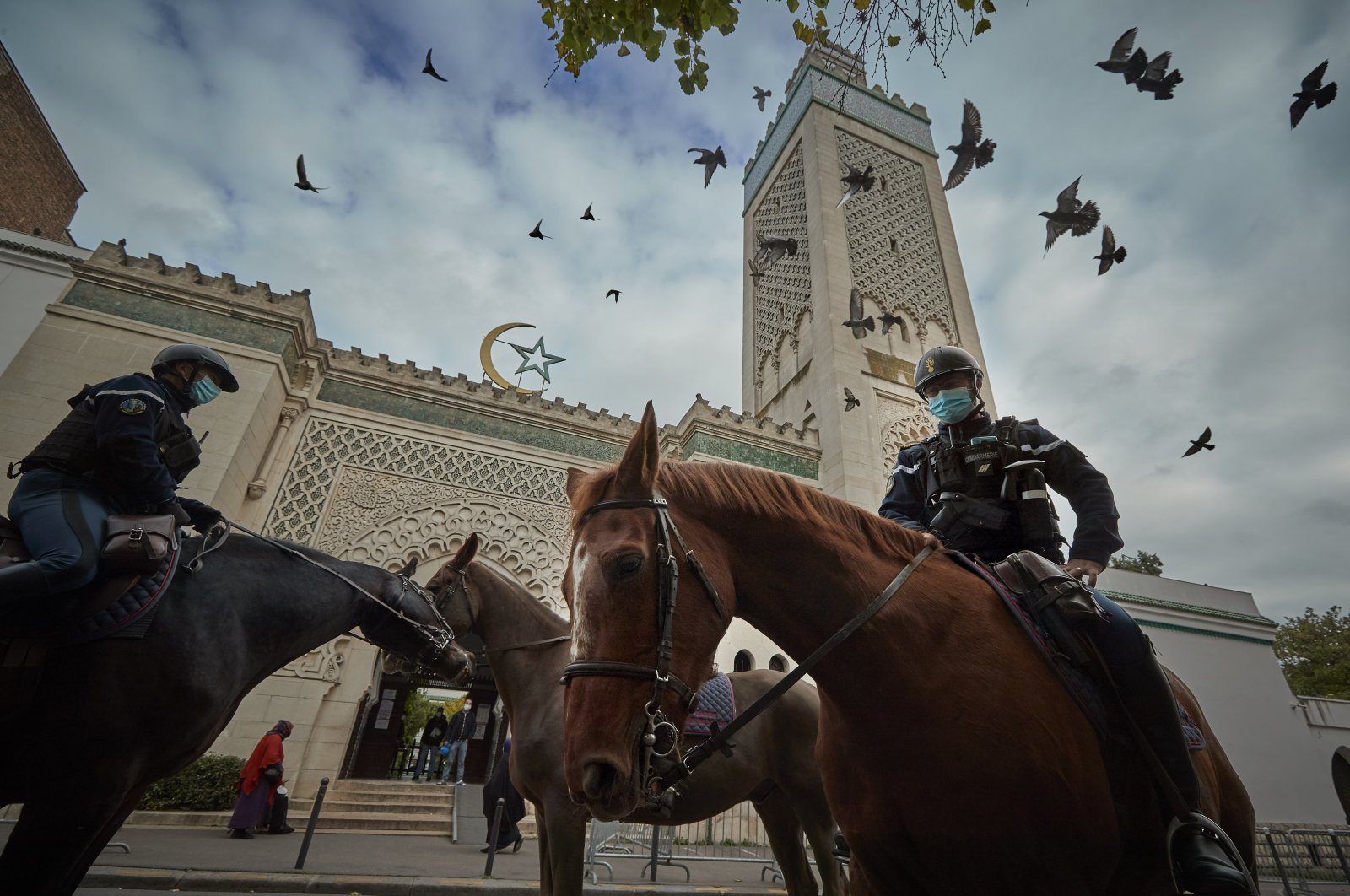 French President Emmanuel Macron’s remarks on Islam and his insistence on displaying caricatures of Prophet Muhammad angered and exasperated many Muslims across the world. Macron's most recent comments came after an extremist beheaded a teacher for showing these caricatures in class while talking about freedom of speech.

This year was not the first time the French magazine Charlie Hebdo published controversial cartoons of the prophet. The satirical magazine first published the caricatures in 2015, drawing public outrage from Muslims and provoking a violent attack that cost the lives of 11 of its employees.

Charlie Hebdo is indeed not the first newspaper to publish such derogatory cartoons, either. The Danish broadsheet daily Morgenavisen Jyllands-Posten published pejorative cartoons of Prophet Muhammad in 2005. It republished them three years later, again triggering mass public outrage and demonstrations in Muslim majority countries and across Europe.

That points out a more significant problem: There is cultural confusion and a clash between Muslim societies and Western societies, and bridging the gap between the two cultures is the only way to achieve harmony and coexistence.

How are we going to bridge that gap? Who is going to lead? These should be the questions guiding the public sphere in France.

However, Macron's comments have shown his irresponsibility and lack of leadership, pouring more fuel on the fire of the cultural clash between Muslims and other people groups in Europe.

His claims of defending the principles and the values of the republic do not resonate with reality. Just imagine if there were no Muslims in France, would Charlie Hebdo publish those caricatures? Or if there were no Muslim students, would the teacher still have shown those images in class? One might also ask how these images are linked with freedom of speech.

No one intends to defend extremism or terrorist attacks. The beheading of the French teacher was appalling and impermissible in every possible way. It was more than inhumane and cruel.

Committing such a horrendous crime “in the name of Islam” does not resonate with the message that Islam preaches. The religion teaches tolerance and coexistence. The Medina community during the prophet's time stands as an excellent example of that.

We often miss the bigger picture when such incidents happen as Muslims get blamed, which does not help if we want to resolve radicalization and the cultural clash.

The most important fact that we usually fail to underscore is that most of the perpetrators of these attacks are the product of the French and European education systems.

For instance, the perpetrator of the beheading of the teacher was born, raised, educated and radicalized in France. It is a bitter reality that Western leaders should accept and correct by reflecting on the realities and facts on the ground instead of blaming an entire community.

The bitter reality is that the integration programs of Europe intended to tackle critical social challenges facing Muslims such as radicalization and avoid any culture clash within their societies seem to be falling short.

Figuring out how to fix the curriculum and educational system of the public schools, which have failed to prevent such incidents, should be a priority.

However, it seems that the French president had lost sight when he decided to defend the cartoons instead of easing the tension and bringing the nation together. His comments led his country into a trap and widened the cultural clash and division among French citizens.

As a matter of fact, Macron's stance on the cartoons is more likely to polarize France than ever before. Politizing the cultural differences of Muslims will only stretch societal divisions.

Macron has failed to understand that the French secular system of strict separation does not work in 21st-century society. It is another aspect of why the French nation is more polarized and divided than other countries.

In a more diverse and diversified society, strict separation is not the solution. That is why most Western countries modernized the relationship between state and society and allowed for a more flexible, modern secular state.