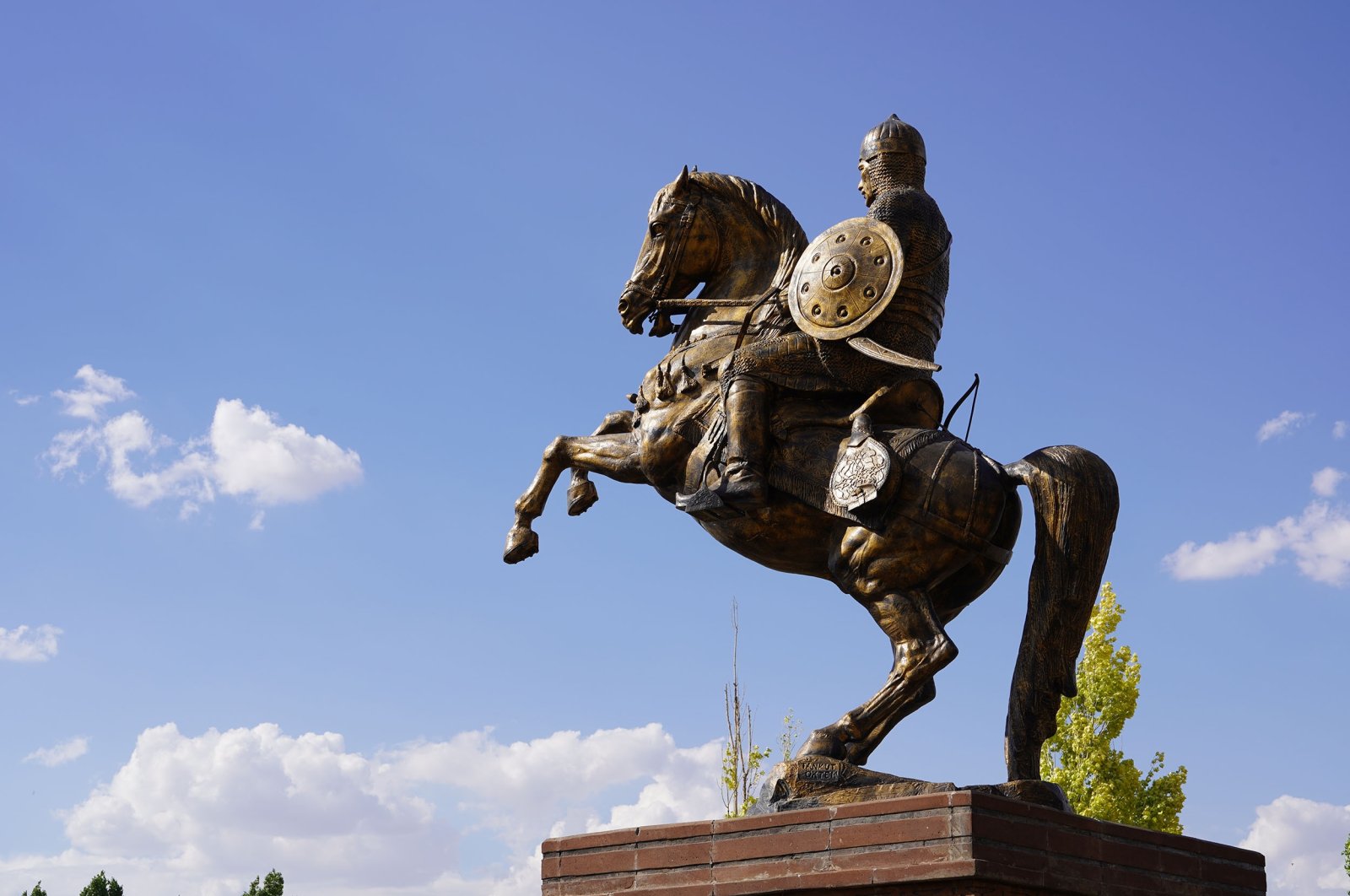 Every year, the Islamic world celebrates the anniversary of the victory of Manzikert on Aug. 26, when the Seljuk Turks, led by Sultan Muhammad Alp Arslan (1029-1072), defeated the Roman Empire led by Emperor Romanos IV in 1071 A.D. (463 A.H.).

The victory of Manzikert is one of the most influential victories in Islamic history, but it also deeply affected the history of Christianity.

The importance of the victory in Manzikert stems not only from the fact that it paved the way for the Turkish conquests in Anatolia but also brought about political, geographical, and even economic and demographic changes to the region of Anatolia.

The cause of the war

After the death of the Seljuk Sultan Tughrul Bey, a power struggle erupted. His nephew Alp Arslan resolved the conflict with the help of his famous vizier Nizam al-Mulk in 1063.

Alp Arslan worked for several years to establish his kingdom in the areas belonging to him before making new conquests and then moving to expand the state's territory through conquests.

In the year 1071, Alp Arslan prepared a large army and went out to Egypt to rid it of the rule of the Fatimids. On the way, he took control of Diyarbakir and Aleppo. He also learned that the Eastern Rome Emperor Romanos Diogenes had emerged at the head of a huge army intending to eliminate the Seljuk state and end its existence. Turks in Iran and eastern Anatolia then head to Baghdad.

Emperor Romanos aspired to a great military victory in which he would prove himself emperor and strengthen the foundations of his rule to convince his people and the nobles in the empire that he deserved to rule because he was not a descendant of the emperor but was crowned emperor after his marriage to Empress Eudocia Macrembolitissa, widow of Emperor Constantine X Doukas.

Alp Arslan went with his soldiers to the east of the Euphrates and ordered the demobilization of most of the forces that had been exhausted. He continued to march with a small group of his soldiers toward the city of Khoy (in Azerbaijan) while he sent his wife and his minister Nizam al-Mulk to Hamadan.

The historian Al-Isfahani mentions in his book “The History of the Seljuk Family” that Sultan Alp Arslan stayed with 15,000 elite knights from his army, with each riding a horse and pulling a horse next to him, while the Eastern Rome Empire army was estimated at more than 300,000 soldiers of different races and races.

There is a difference in the sources regarding the numbers of the two armies, but some recent academic research suggests that the Seljuk army was in the range of 50,000 soldiers, compared to 200,000 soldiers in the army of the Eastern Rome emperor, a large part of whom were hired mercenaries.

The two armies, according to Ibn al-Jawzi in his book “The Regular in the History of Kingdoms and Nations,” camped near Manzikert (currently located within the borders of the province of Muş in eastern Turkey), and Sultan Alp Arslan sent a messenger to the emperor offering him a truce, but the latter refused and mocked the Sultan’s army and said: “There is no truce, except in Ray (the capital of the Seljuk state, currently located in Tehran),” meaning that he would only agree to peace once he had taken over the whole of the Seljuk Empire.

Ibn al-Atheer mentioned in al-Kamil that Sheikh Muhammad ibn Abd al-Malik al-Bukhari al-Hanafi, the teacher of Alp Arslan, advised him to start his attack on the Eastern Romans on Friday at the hour when the preachers on the pulpits were calling for the mujahideen victory, which was what Sultan Alp Arslan responded to.

After the sultan led his soldiers in the Friday prayer, put on his white tunic, and addressed the soldiers, saying: "(This white tunic) is my shroud! Either I will be victorious, or I will go to heaven as a martyr. All of you who choose to follow me, follow me. All those who choose to leave, leave! Here there is no sultan who commands and no soldiers who are ordered. Today I am one of you. I'm a veteran (Ghazi) who fights with you."

Alp Arslan recommended that his son Malik Shah be appointed after him, saying: “If I am martyred, God is my witness, I will to you that my son Malik Shah be established in my place and you listen to and obey him."

The two armies met, and a fierce war took place between them that lasted until the sunset.

However, the Dukas family in Constantinople turned against the emperor and overthrew him from the throne when they learned the news of his defeat and capture.

The news of the victory of the Muslims at Manzikert spread throughout the Islamic world, and reached the Abbasid Caliph in Baghdad. According to the book “Akhbar of the Seljuk State” by Sadr al-Din Abu al-Hasan Ali, the Caliph congratulated Sultan Alp Arslan and named him as “The Greatest Sultan, King of Arabs and Non-Arabs, and Sultan of Muslim Homes."

Although the battle of Manzikert was not an Islamic conquest in the well-known sense but rather a war of self-defense, it had a great impact on the region from a demographic point of view.

Thus began the period of the first Turkish emirates in Anatolia, and Anatolia became a region with a Turkish Muslim majority, when previously it was home to a Greek Orthodox majority.

The emperor’s depletion of most of the empire’s treasury to equip the huge army also weakened its economic power, in addition to the migration of many Roman residents, who were working in agriculture in the regions of eastern and central Anatolia inhabited by the Turks, to the regions of western Anatolia. Thus the Eastern Rome Empire was deprived of important agricultural resources on which it depended.

One of the important effects of the victory in Manzikert that changed the history of the Islamic and Christian world alike was the beginning of the Crusades against the Islamic world and its continuation for 170 years.

Despite the doctrinal dispute between the Catholic Pope in Rome and the Orthodox Church in Constantinople, Europe viewed the Eastern Rome Empire as the guardian of the eastern gate to Europe and the first bulwark against Muslims. The West began to think of extending a helping hand to the Eastern Roman state at the beginning against the Muslims, and then Europe began to think of invading the Islamic East itself.

In 1095, Pope Urban II, who aspired to become the sole leader of the Christian world, held an extensive conference in the French city of Clermont in which he called on kings, princes and the common people to head militarily to the Islamic East, at the request of the Eastern Rome Emperor Alexios Komnenos. The Pope assigned the monk Peter the Hermit to carry out extensive tours in Europe to motivate people.