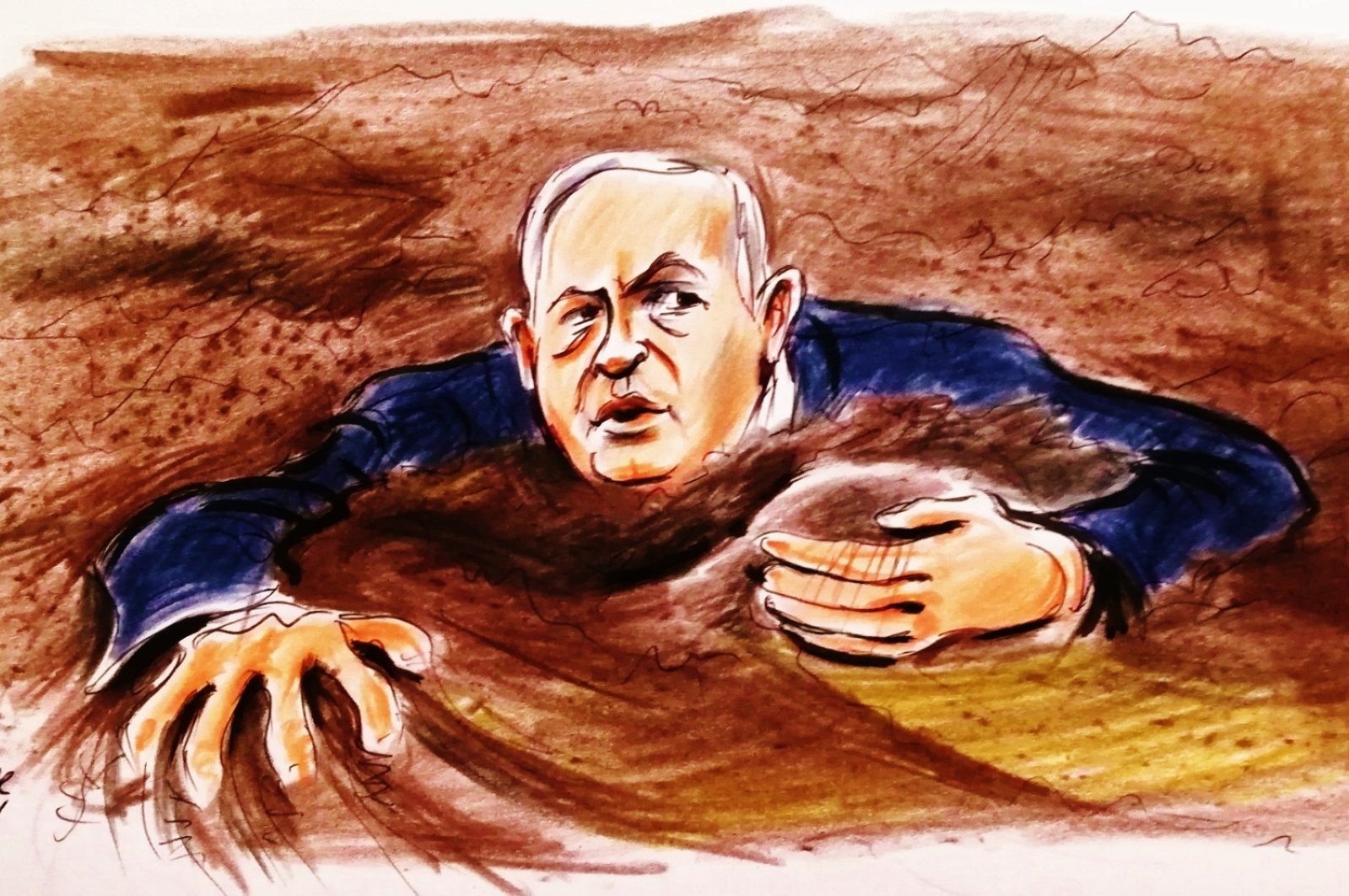 Israeli Prime Minister Benjamin Netanyahu has been urging U.S. President Donald Trump to recognize Jerusalem as the capital of Israel, a step strongly opposed by the Palestinians, international community and in particular, Jordan.

The Israeli prime minister has been seizing one opportunity after another, denying the legal rights of the Palestinians and turning his back on all international laws.

“Things we could only dream of, but now we have the opportunity to realize them,” he said.

Why not? He has the backing of Trump at every step he is taking in blocking any chance for a viable Palestinian state in the future.

The so-called Middle East peace plan, unveiled last January by Trump, gave a green light for Israel to declare sovereignty over all of Jerusalem, as well as settlements and other territories in the West Bank.

The Trump proposal has been rejected by the Palestinians, most Muslims and the Arab world as it denies east Jerusalem from being the capital of a future Palestinian State, cedes large swaths of the West Bank to Israel and puts forward a set of near-impossible conditions for Palestinians to meet.

Just weeks after the controversial so-called peace plan was released, Netanyahu announced plans to build thousands of new homes in a part of Jerusalem that the international community holds as the capital of a future Palestinian state.

Israel’s Ministry of Housing submitted a building plan to the Jerusalem Municipality for the construction of 9,000 housing units at the site of the old Qalandia/Atarot Airport, northeast of Jerusalem, the first such project in the city in more than 20 years.

Atarot is on the eastern side of Israel's separation barrier and appears to be envisioned as Palestinian land according to the Trump administration's plan. The U.S. and Israeli administrations are still in the process of establishing a joint committee to map out Israel's annexation of parts of the West Bank, in accordance with the Trump plan despite Palestinian rejection.

The filing of the construction plan is the first step in an approval process that is projected to take years before it receives final confirmation. If it is ratified and the housing units are built, however, it would be the first new settlement in east Jerusalem since a previous government of Netanyahu built the Har Homa settlement near Bethlehem in 1997.

The leftist Peace Now accused Netanyahu of wanting to “strike another deadly blow to the prospect of a two-state solution” and claimed that the planned construction “drives a wedge in the heart of Palestinian urban continuity between Ramallah and east Jerusalem, thus preventing the establishment of a viable Palestinian state with its capital in east Jerusalem.”

“Netanyahu is dragging Israel into a reality of a binational apartheid state and is putting the Zionist enterprise in jeopardy,” Peace Now charged.

Details of the plan emerged a day after Israel's transport ministry approved a controversial proposal to extend a train line from Tel Aviv into Jerusalem's flashpoint Old City.

Jordan, the custodian of Muslim holy sites in Jerusalem, blasted the proposed rail extension as "a flagrant violation of international law."

In another move, just days before the third national election in less than a year in which the Israeli right-wing leader was seeking to shore up backing from settlers and their supporters, Netanyahu told his voters he was moving forward with a plan to build some 3,500 homes in the settlement of Ma'ale Adumim in the E-1 area of the West Bank, a project frozen after wide international criticism.

"I have given instructions to immediately publish for deposit the plan to build 3,500 housing units in E-1," Netanyahu said, using an administrative term for the first phase of a planning process.

Palestinian and foreign opponents of the plan had cautioned that building houses in the area could bisect the West Bank, cut off Palestinians from Jerusalem and further dim their hopes for a contiguous state.

The E-1 plan would expand the large settlement of Ma'ale Adumim, effectively connecting it to Jerusalem, about a 15-minute drive away.

A week before, Netanyahu also announced the establishment of a new neighborhood, called Har Homa Heh, an expansion of the existing neighborhood of Har Homa on the southeastern outskirts of the city. He said the new neighborhood would have 2,200 units, able to house approximately 12,000 people.

In addition, Netanyahu announced 3,000 new units in Givat Hamatos, a location south of the Old City of Jerusalem. Though Israel has had plans to build there for years, construction on the open piece of land has been delayed because of international opposition. Netanyahu said the first 1,000 of these units will be put up for sale in the coming days.

Palestinians and much of the world view Israel's settlements in the West Bank and east Jerusalem, occupied since the 1967 Six-Day War, as illegal under international law, but Israel insists now that it has the right to build anywhere in its capital city. It is backed by Trump's new plan for the Middle East, which recognizes a united Jerusalem as Israel's capital and designates the planned construction zone as Israeli territory.

"We did this then in the face of strong international opposition. We overcame every obstacle and we did it, and see what we have done in Jerusalem," Netanyahu said. "We are connecting Jerusalem. We are connecting all parts of the united Jerusalem, the rebuilt Jerusalem. It is a source of great pride and is great news for the entire people of Israel."

Israeli opposition lawmakers slammed the announcement as an election stunt. Labor member of Knesset Revital Swid said, "Netanyahu... is now ready to promise everything. Construction over the Green Line in Jerusalem, in an area that Netanyahu himself froze and kept frozen for years, must be done with sensitivity and common sense, and not an irresponsible decision to scrape a few more votes from the right."

Peace Now, a left-wing organization that monitors the expansion of settlements in the West Bank and east Jerusalem, said, "Netanyahu's actions, including promoting this expansion, are clear proof that he is doing everything neither to reach peace nor to lead to the resolution of the conflict."

"These measures serve to further seal off east Jerusalem from the West Bank and reinforce Israeli control of these areas, rendering the two-state framework based on two capitals in the heart of Jerusalem nonviable," Amy Cohen Ir Amim, the group's spokesperson, said in response to the Atarot plans.

What is surprising, perhaps, is the way the international community, and regional events, have combined to facilitate and normalize it in recent years.

Israel’s unprecedented culture of impunity, enabled by international inaction, is the only explanation for Netanyahu’s audacity in using annexation to remain in power by asking the U.S. to facilitate one Israeli crime after another.

The U.N. and the European powers watch and mostly condemn, while the U.S.-Israeli campaign has discredited the U.N. Human Rights Council – one time after the other and Netanyahu carries on regardless.

On record, there have been more than 50 U.N. resolutions condemning Israel for its acts of cruelty and brutality, but all these resolutions are ineffective due to the support and protection afforded by the United States to its “closest ally,” disregarding any morality, law and logic.