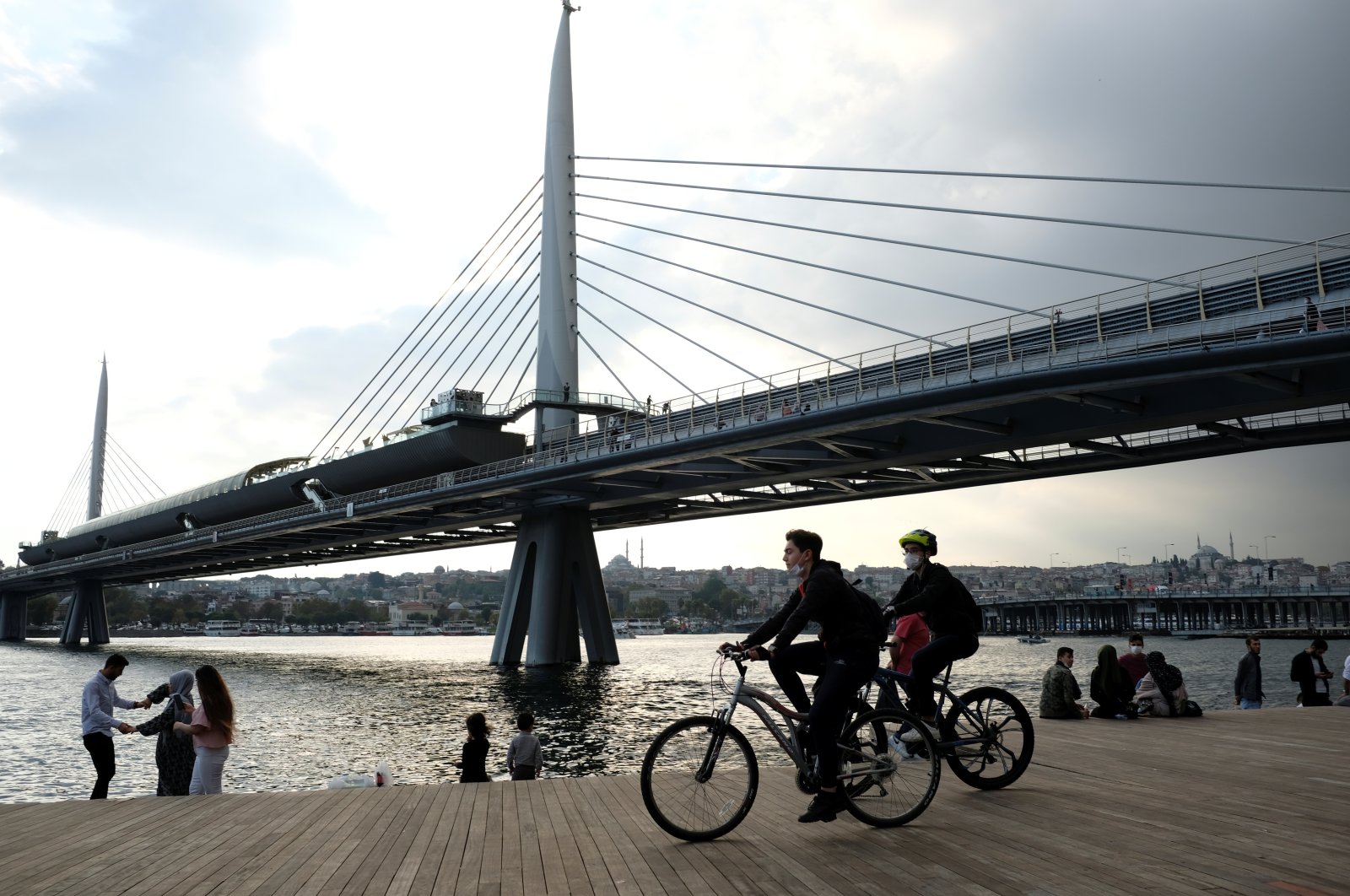 Currently, 54% of the world’s population lives in cities. One of the main reasons for this intensity is the desire for easier access to education, work and health facilities in cities.

Cities are being pressured to meet the basic requirements of the population. The primary factor affecting urban life is managing transportation services.

Thanks to technological innovations, vehicles that consume less fuel and thus release fewer emissions are on the roads.

Their impact on air quality is growing exponentially. According to estimates, about 90% of air pollution in cities is caused by motor vehicle emissions.

One of the notable methods that is increasingly effective today is supporting “micromobility.”

With the invention of lithium-ion batteries in 1990, the portable electric energy revolution began. Vehicles powered by lighter electrical energy were developed.

Because these vehicles are zero-emission and quiet, their environmental impacts are quite low.

The trend for such vehicles has steadily increased due to the fact that they take up less space in city centers, which are hosting heavier traffic with every passing day. This has also pushed micromobility to the fore.

The “Safe Micromobility” report published by the International Transport Forum (ITF) in February 2020 defines micromobility as “personal transportation using devices and vehicles weighing up to 350 kg and whose power supply, if any, is gradually reduced and cut off at a given speed limit which is no higher than 45 km/h.”

Micromobility includes the use of exclusively human-powered vehicles, such as bicycles, skates, skateboards and kick-scooters.

The most commonly used micromobility vehicle is the bicycle. According to the data, while there are 1.5 billion motor vehicles in our world, the number of bicycles has reached 1 billion.

It is known that bicycling as a means of transportation has a number of environmental, social, psychological and health-related benefits.

However, it also has an undeniable contribution to the world economy.

According to a study, cycling contributes around $185 billion to the global economy annually.

Another study, recently carried out by the European Commission, revealed that motor vehicle transport contributes $99 billion to the European Union's economy given its impact on the environment, mobility and health. The volume of the U.S. bicycle market exceeds $6 billion annually.

In Turkey, new cycling paths are being built. The Ministry of Environment and Urban Planning is supporting investments in this area. The 25-kilometer (15.5-mile) bicycle road built in Hatay, the longest single-track bicycle path in the world, is just a case in point.

There are ongoing efforts to integrate cycling into public transport. Implementations for placing carrier equipment on trams, subways and buses are becoming widespread.

The government has prepared a “National Master Plan” regarding its target of building 3,000 kilometers of bike paths by the end of 2023.

Turkey will be integrated into the European cycle route network (EuroVelo). Thus, cycling will be possible from Europe to Turkey’s historical, cultural and touristic destinations including Cappadocia, Göbeklitepe, Antalya, Izmir and Aydın.

There is another new player on the stage now: the electric scooter (e-scooter). While it has been produced for over a century, it has become popular around the world over the past few years.

With the development of battery technologies today, portable light scooters are being produced and are rising in popularity.

E-scooters are also expected to be a solution to environmental and accessibility problems, not to mention upsides such as mobile payment, easy parking and mobility in small, narrow spaces.

Although its use declined due to the lockdown amid the pandemic, it has reachieved its popularity during the period of normalization.

During this period, individual use in particular has increased. For instance, e-scooter use on a monthly basis soared by 14% in South Korea and 30% in China.

Cycling is quite climate-friendly as it releases 13 times fewer emissions than cars and five times less than buses.

We see a similar situation in e-scooters, a popular means of transportation today. The University of North Carolina in the United States analyzed the life cycle of shared e-scooter transport and detected that its CO2 emissions are 126 grams per kilometer – which is roughly equivalent to what is released by a diesel public transport bus.

A Paris-based company found out in its life cycle assessment that the amount of CO2 released is 35 grams – which is 72% less than the amount that the U.S.-based assessment found. In fact, the initial assessment in Paris, which considered the service life of e-scooters to be one year, was 121 grams.

As a result of the introduction of rechargeable battery technology, people have come to prefer electric e-scooters in urban traffic, as the energy used for charging is acquired from renewable resources and parts that have expired can be recovered through recycling. CO2 emissions have declined by 72% on a cumulative basis, reaching 35 grams.

According to the International Energy Agency’s (EIA) “World Energy Outlook for 2020” report, solar energy production is the least expensive method.

The fact that energy production from such renewable sources will become increasingly cheap will undoubtedly make e-scootering and e-biking more attractive. It also shows us that carbon footprint will fall even further.

Currently, one of the major problems in urban traffic is parking. The car parks built on roadsides, bike paths and even sidewalks make walking and cycling quite difficult.

E-scooters are a solution to this problem due to their small size. They are easily accessible almost anywhere.

Many governments have made legal regulations and put them in force in order to eliminate the negative impacts of the demand for intensive use. The content of regulations generally covers criteria such as speed limit and the age of use.

Similarly, in Turkey, the government is preparing legal legislation to ensure that e-scooters, which are growing in use, can safely travel in traffic.

The regulation prepared within this framework passed in the Parliamentary Environment Commission. In the coming days, we expect it to be addressed in the General Assembly of Parliament and passed into law.

The regulation defines e-scooters as a means of transport. A speed limit has been set for riding safety, and steps have also been taken to avoid unfavorable pictures, like more than one person riding on a single scooter, as we often see in the news.

These are singular; in other words, individual users will be essential. No items will be carried on them except for a simple backpack. People aged 15 and over are allowed to use them.

The regulation has bestowed a privilege on e-scooterers during the right or left turns of vehicle drivers in areas where there are bicycle paths.

The world is changing and so are the methods of transport and our preferences. So, we should lead this transformation and change. We need to make our cities more livable. We should support the environment and health-friendly activities such as walking and cycling, and make plans accordingly.

Now the world is tending toward this. We are taking motor vehicles out of our lives and switching to bicycle transportation. We support it because it offers clean air, is environment-friendly and climate-friendly, provides mobility and helps social distancing during the pandemic.

So, we are going away from cars and moving toward bikes and e-scooters to increase mobility.