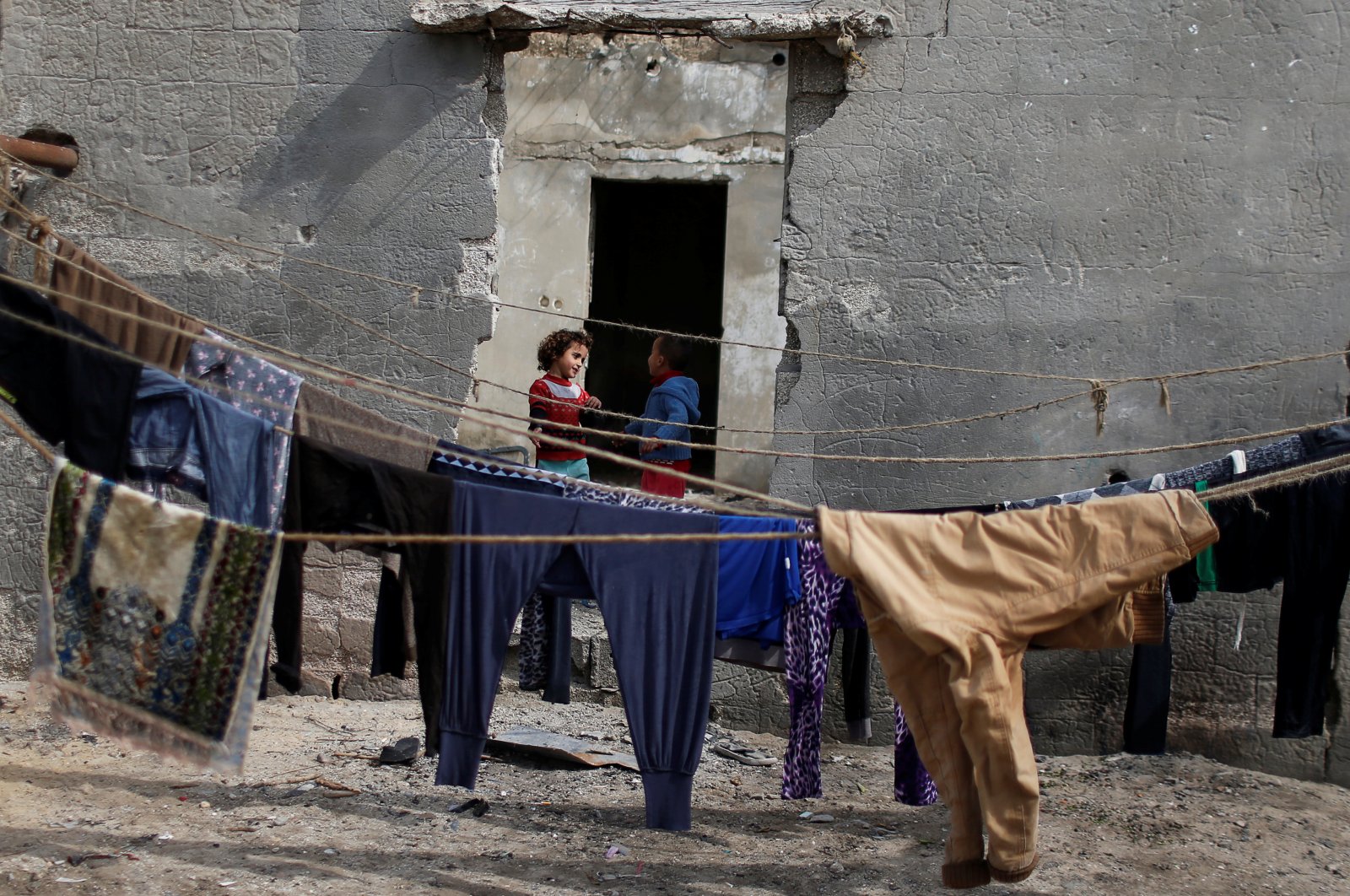 On May 15, Palestinians commemorated the 72nd anniversary of the Nakba (Catastrophe) in Palestine. It was a day of mourning the loss of their family members and the loss and appropriation of their lands and homes after Zionist and Israeli armed forces expelled over 750,000 Palestinians to establish the contours of the self-defined Jewish state in 1948, seizing 78% of the land known as historical Palestine.

Over 15,000 Palestinians were killed and 531 Palestinian towns and villages were destroyed in the process – their names literally wiped off the map.

In 1948, United Nations General Assembly Resolution 194, among other things, resolved that “refugees wishing to return to their homes and live at peace with their neighbors should be permitted to do so at the earliest practicable date, and that compensation should be paid for the property of those choosing not to return and for loss of or damage to property which, under principles of international law or equity, should be made good by the Governments or authorities responsible.”

Israel maintains that Palestinian refugees will never be allowed to return and has denied responsibility for their dispossession. The Palestinian diaspora has since become one of the largest in the world.

On June 5, Palestinians marked the 53rd anniversary of another Nakba ("Setback" in English), when Israel took over the remaining 22% of Palestine – the West Bank, east Jerusalem and the Gaza Strip – and over 200,000 Palestinians were displaced, with the majority fleeing to Jordan. An additional 1 million Palestinians were brought under Israeli control and a two-tiered system of military and civil rule over occupied Palestine was established. The system endures to this day.

In 1967, U.N. Security Council Resolution 242, however, stipulated “the inadmissibility of the acquisition of territory by war” and demanded Israeli forces withdraw from the territories occupied during the conflict. Resolution 242 has long since formed the basis of widespread international consensus regarding the need for a two-state solution – one Israeli, one Palestinian – to end the conflict. This consensus vis-a-vis the need for a two-state solution and the illegality of Israel’s colonial enterprise in the occupied Palestinian territories was affirmed by U.N. Security Council Resolution 2334 in December 2016, 14 votes to zero, with the U.S. abstaining.

The illegal occupation of Palestinian land in the West Bank, Gaza and east Jerusalem, however, continues to this day in violation of U.N. resolutions along with abuses of human rights and international humanitarian law.

Over seven decades have passed since the beginning of Israel's ethnic cleansing of the Palestinian people in 1948, followed by the 1967 occupation, and still, this assault on the Palestinians continues and systematically escalates.

The ongoing Nakba is characterized by Israeli policies and practices designed and implemented to control the maximum amount of land with the minimum number of Palestinians. Still today, more Palestinians are being evicted from their homes and enduring the military and structural violence of Israel's settler-colonial expansion. Israel segregates, fragments and isolates Palestinian communities and lands in order to suppress their social, cultural and national identity.

The Nakba continues to destroy Palestinian society at home and in exile. Their refugee communities are among the most vulnerable in the region.

The Yarmouk Palestinian refugee camp in Syria has been subjugated to terror, siege and repeated displacement. In addition, Gaza’s refugees, who constitute 74% of the total population of the territory, have resided under a crippling siege and repeated assaults by Israel for more than a decade, which have killed thousands. Lebanon’s 180,000 Palestinian refugees suffer from systematic discrimination, isolation and violence.

Palestinians in the West Bank and east Jerusalem are subject to other forms of Nakba. Settler violence, housing demolitions, daily humiliations, economic subjugation and hundreds of walls, checkpoints and roadblocks constitute daily life for 3 million Palestinians.

The situation is further exacerbated by the so-called “Deal of the Century,” a plan proposed by the Trump administration in January 2020. The program, which supports and rewards Israel for serious breaches of international law, is purported to take a “pragmatic” approach to the Palestinian issue that in Trump’s opinion should supersede international law, conventions and U.N. resolutions. His vision reveals how the creation of a so-called self-governing state would manifest in a non-contiguous capitulated Palestinian entity, with Israeli-regulated borders, connected by Israeli-controlled bridges, tunnels and roads.

Trump’s plan legitimizes the Israeli settler-colonial project in Palestine. It considers that those past mediation efforts were destined for failure because they neglected Israeli expansionist realities. These include Israel’s unilateral annexation of east Jerusalem in 1980 and the continuing expansion of settlements in the West Bank. In fact, since 1967, Israel has relocated more than 600,000 of its citizens to Jewish exclusive zones in the West Bank and east Jerusalem. Today, between 600,000 and 750,000 Israelis live in these sizeable settlements, equivalent to roughly 11% of the total Jewish Israeli population, breaching Article 49 of the Fourth Geneva Convention, which prohibits an occupying power from transferring its civilians into the territory it occupies.

The Trump plan, then, cannot be viewed in isolation from the centurylong settler-colonial project in Palestine.

This so-called peace plan dismisses the role of international institutions and norms and further claims that international resolutions “have enabled political leaders to avoid addressing the complexities of this conflict rather than enabling a realistic path to peace.”

Lastly, Trump's vision denies Palestinian refugees and internally displaced persons their right to reparations, namely the rights of return to their homes, property restitution and compensation. It does so by the glaring omission of the issue of Palestinian refugees, attempting to restrictively delineate the number eligible for reparations and releasing Israel from its responsibilities to the displaced, while at the same time transferring these responsibilities to third-party states, mainly Arab states.

It is clear, then, that the engineers of the plan meant to situate their efforts outside of existing parameters of international institutions and consensus. Instead, the plan is envisioned to present an alternative, which largely caters to Israeli demands and bypasses Palestinian historical rights.

In essence, the plan assumes that Palestinians can be materially bribed into forfeiting the national rights for which they have long fought and died. Trump’s plan, therefore, is another chapter in the Nakba of Palestinians.

Thus, the Nakba is clearly not the only chapter in the Palestinian-Zionist conflict; it is an ongoing colonialist destructive system manifesting the essence of Zionism that seeks to eliminate Palestine's existence physically and symbolically.

Israel has not left any stretches of land that could form a contiguous Palestinian political entity in the West Bank and it has severed and blockaded Gaza, working toward a larger project, namely expanding its borders and expelling another large segment of the Palestinian population.

Israel is only concerned with controlling the largest area possible with the fewest number of Palestinians possible. The expansion of this entity in size and influence is Israel's constant and central obsession.

This understanding should inform the policies needed to create a political platform that strives to thwart the Zionist goals that were only temporarily achieved in 1948 and that persist to this day in the form of Israel’s dangerous plan to annex the Jordan Valley. It is a threat that will rule out the two-state solution as a political concept and will have serious implications for any future Palestinian state’s viability.