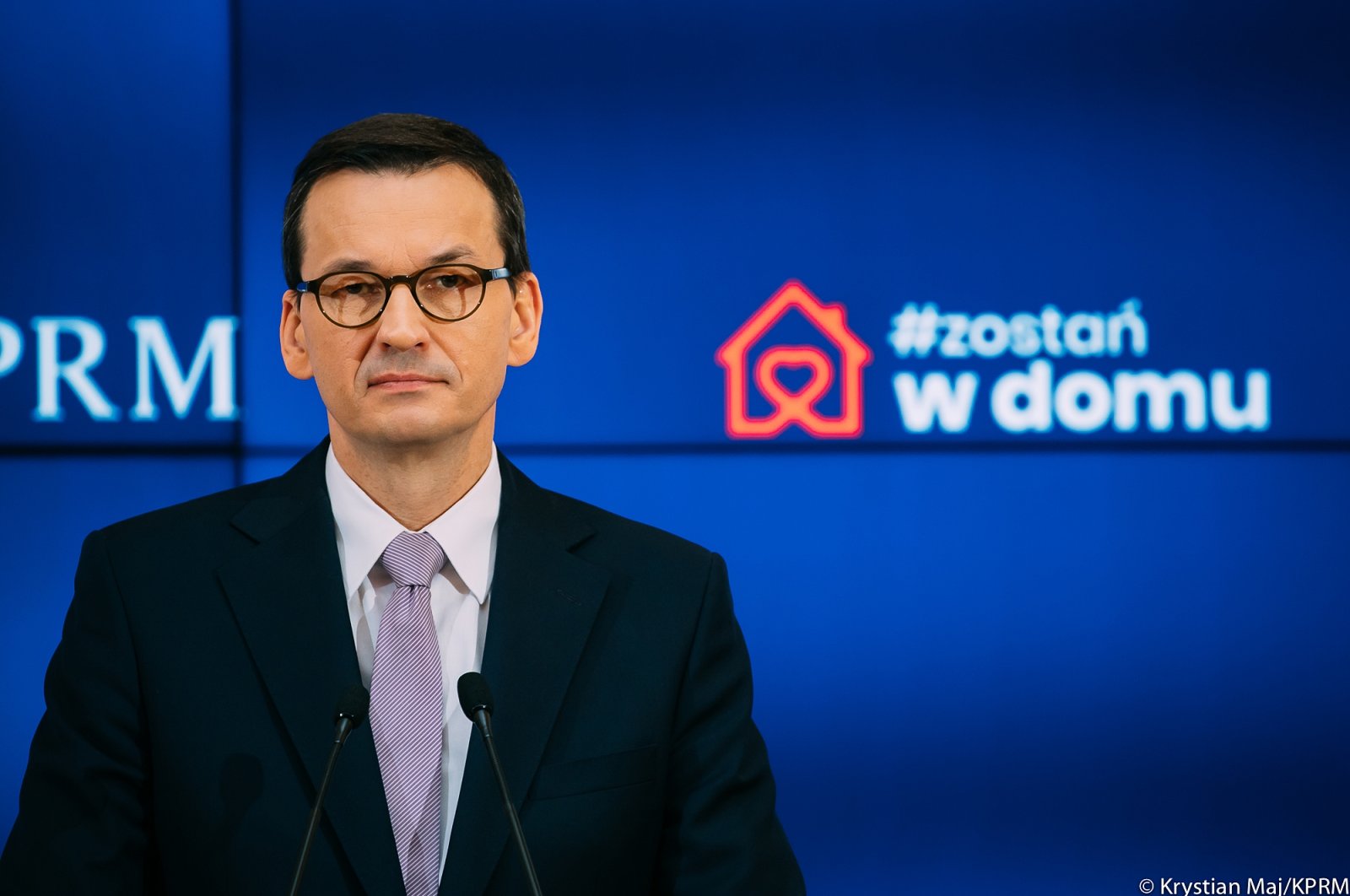 Poland will use the time after the pandemic to refashion its economic and social system so that it's more crisis-proof  and equitable, setting the country on a new path of development

We live in amazing times. The last dozen or so months have been marked by health concerns and fears about the future. A lot of Poles wondered not only whether they would be able to avoid the coronavirus, but also whether they would still have a job to provide for their families and make sure that their children would not have to abandon hope of a better life.

The COVID-19 pandemic might well have taken Poland back to the 1990s. It is enough to look at the terrible economic data coming from some countries – including European ones – to understand that the worst-case scenario was not the stuff of disaster films. Fortunately, the scenario has not materialized because, as opposed to the 1990s, Poles could count on the state that got actively involved in helping all those in need. The unprecedented support offered as part of the Anti-Crisis Shield and Financial Shield enabled us to slow down the disastrous consequences of the pandemic and stop the fall in the gross domestic product (GDP) for 2020 at the level of 3%, a result that was third best in Europe and unmatched in the group of large countries with a population of over 10 million. Even more impressively, like no other country in the EU, we have managed to keep the unemployment rate at around 3%.

Other data confirmed that the Polish economy has coped quite well during the crisis. Export figures registered an all-time record in March 2021, reaching over 110 billion zloty ($29.03 billion). In May, the PMI exceeded 57 points, the best result since the index started to be measured. A few months before, the European Commission said that Poland, as one of just four EU member states, ensured the stability of its public finance in the short- and long-term perspective. In a situation like that there is only one mistake that can be made: decide that everything is going well and stop doing anything.

A crisis from which no lessons are learned is a disaster. Properly recognized and understood, however, it becomes an opportunity as well as a catalyst for change. The two sentences sum up the philosophy behind the Polish Deal.

The current crisis is exceptional in that it cannot be resolved by textbook solutions. Whether we look for them in Hayek or in Lassalle, no theory on economic crises has foreseen a situation where economic and social activity is paralyzed overnight across the globe.

Faced with the crisis of COVID-19, we must act like doctors do when they deal with the virus itself. While we do not have a specific remedy, our experience tells us to treat the symptoms. We also know from history that a crisis, whatever its nature, requires the increased presence of the state as it has to be managed rather than left to itself.

In 1933, U.S. President Franklin D. Roosevelt announced the New Deal in response to the Great Depression. The aim of the program was to recover the economy, boost foreign trade and make enormous public investments: at that time, 120,000 public buildings and 77,000 bridges were constructed. Over the following decade, the U.S. was crisscrossed by a network of motorways. This is the scenario that inspires Poland today.

The objectives of the Polish Deal focus not only on rebuilding Poland after the pandemic but also on refashioning the Polish economic and social system to make it more equitable and crisis-proof so that the country can be set on a new path of development.

A diagnosis of pandemic ailments had to start with the health care system. COVID-19 has pushed the sector to the brink of collapse even in the richest countries. Poland was no exception. Had it not been for a very firm restrictions policy and a network of makeshift hospitals built at an amazing pace, our country would have also experienced a pandemic breakdown. It is hard to imagine its scale and the ensuing chaos that would have happened if we had not digitalized much of the system before the crisis.

Although we have spent over 100 billion zloty on health care in the last five years, its quality is still not up to the standard expected by the public. This is a clear signal that the current system of health care funding has reached its limit. It is high time we abandoned the philosophy of restructuring. If we want to take a qualitative leap forward to make Poland rise up to the level of Western countries, we must step up our efforts to set aside 7% of GDP for health care.

This requires that we change our model of health care funding and thus our taxation system. So far, Poland was the only country where part of the health care premium was tax deductible. The structure of the entire system meant that those who earned the most could optimize their taxes relatively easily. Hence, the Polish tax system, although nominally progressive, became in fact regressive. People of lower income pay proportionally higher taxes than people who earn more.

Besides offending the sense of justice, this taxation dis-order also prevented social cohesion. It deepened inequalities that had already been exacerbated during the crisis.

Crises are like powerful sea waves. They rock large ships but can sink smaller vessels. Recent studies show clearly that the pandemic year of 2020 aggravated income disparity. The rich got richer regardless of the crisis, while the poorest lost precisely because of the difficult circumstances.

Toward a Poland of true solidarity

The Polish Deal addresses these challenges because it stems from the spirit of genuine solidarity that should be understood very broadly. It is horizontal in the sense of ensuring social justice, bridging income gaps and supporting those who earn the least. To that end, we increased the income tax threshold to 30,000 zloty, which is close to the thresholds used in Western countries: it is higher than in France and comparable to Denmark. But the Polish Deal is also about vertical or intergenerational solidarity. On the one hand, we turn toward the past by supporting old people through tax-exempt pensions. We return to the values without which it would be difficult to imagine the future of Polish and European societies. On the other hand, we want to take care of future generations and lay foundations for development that will help our children earn more, work in better conditions and, last but not least, live in an environment where they will breathe fresh air rather than read about it as a luxury for the selected few.

The early 2020s is a crucial time for Poland. We are on the cusp of civilizational changes on an unprecedented scale. Due to historical circumstances, we were only passive witnesses of such changes in the past. Now we can be their active participants. The scenario is ready. All we need to do now is put the Polish Deal in practice. We will try to win the widest possible support for the strategy as it is only with social acceptance that it can be successful.

The text has been simultaneously published in the Polish monthly opinion "Wszystko Co Najwazniejsze" as part of a project carried out with the Institute of National Remembrance and Poland’s central bank Narodowy Bank Polski.

Prime Minister of the Republic of Poland
RECOMMENDED