Polexit or rule of law: What Polish ruling means for EU 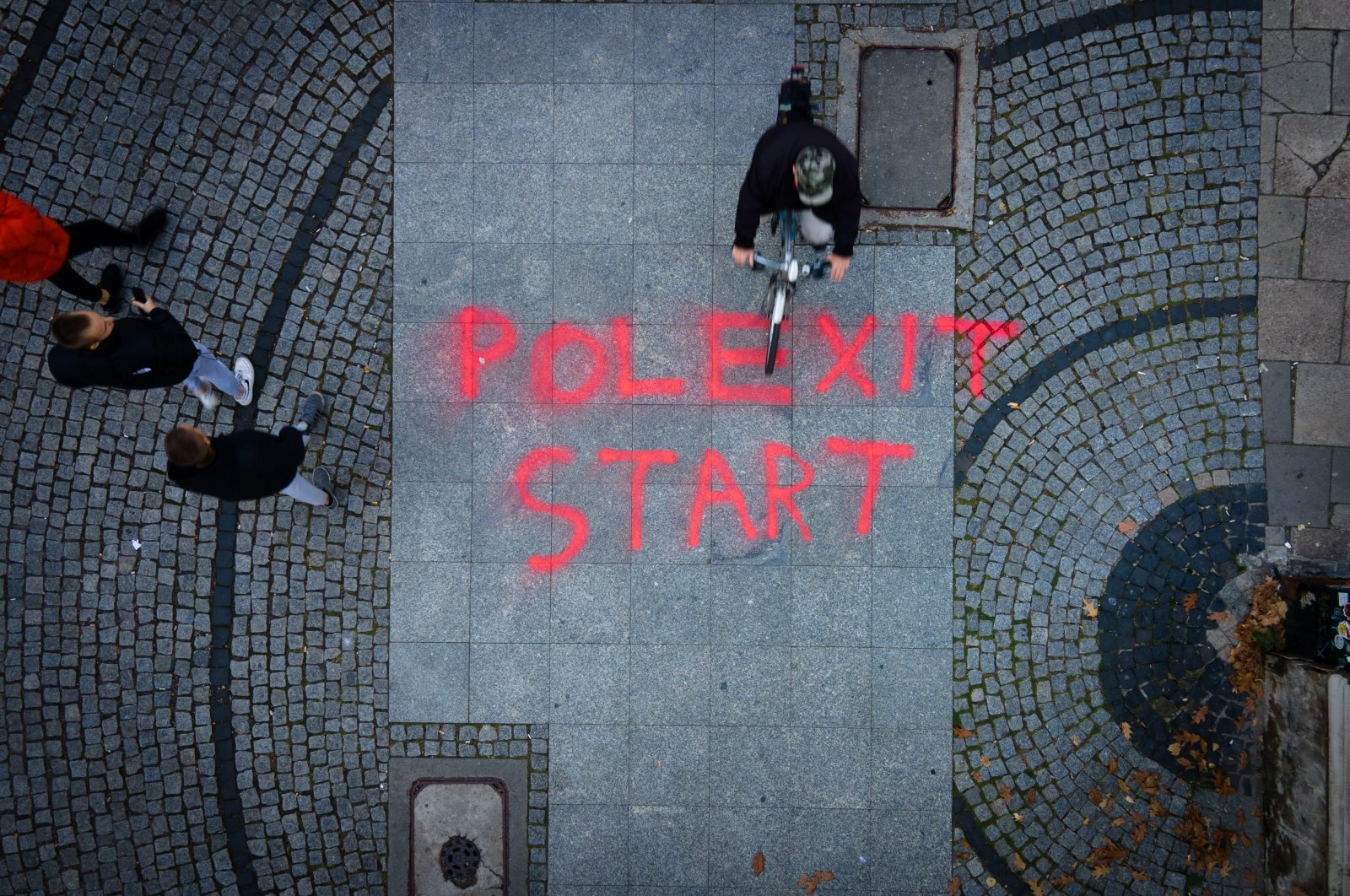 On Sept. 7, 2021, Poland's Constitutional Tribunal, the constitutional court of the Republic of Poland, ruled that some provisions of European Union law are incompatible with the Polish Constitution and, with regards to these provisions, the Polish Constitution supersedes EU laws. The ruling that questions the foundations of the EU and the EU's legal order came as a surprise to many, as unsurprising to a few; but in general, it prompted various differing reactions. The reactions were shaped around whether the ruling is a sign of Poland’s exit from the EU, and the ruling’s meaning for the relations between the EU and Poland. Considering Brexit, and its economic as well as political effects on the EU, the ruling deserves a closer look for assessing the legality of the decision, evaluating the main motivations of the Constitutional Tribunal, if any, predicting Poland’s future relations with the EU, but more importantly, the possibility of a "Polexit."

The case was lodged by Polish Prime Minister Mateusz Morawiecki. The Constitutional Tribunal assessed the supremacy of the interim measures regarding “organizational structure and functioning of Polish courts” prescribed by the Court of Justice of the European Union (CJEU), or in other words, supremacy of EU laws and court rulings, over Polish laws and Polish court rulings. The Constitutional Tribunal ruled that when it comes to “organizational structure and functioning of Polish courts and the mode of proceedings before those courts,” EU law provisions regarding EU member states’ compliance with the EU law and EU courts’ decisions are incompatible with the Polish Constitution’s provisions regulating rule of law, supreme power of the nation and supreme law of the constitution. The court concluded that, within this context, the Polish Constitution supersedes EU laws.

The European Commission, in its press release, stated that the ruling raises serious concerns regarding the founding principles of the EU legal order, and EU will, without hesitating to use its powers, safeguard the proper functioning of the EU legal order. David Maria Sassoli, the president of the European Parliament, similarly stated in his tweet that the “verdict in Poland cannot remain without consequences.”

Today's verdict in Poland cannot remain without consequences. The primacy of EU law must be undisputed. Violating it means challenging one of the founding principles of our Union.We call on the @EU_Commission to take the necessary action.

While France and Germany criticized the ruling, Hungary, another EU enfant terrible, alongside Poland, supported the ruling. On the other hand, Polish people, including Donald Tusk, the former president of the European Council, held pro-EU demonstrations in Warsaw. The ruling is not the first ruling from an EU member state that challenges an EU court’s decision. However, the Constitutional Tribunal’s ruling is different, and in a way more important than the former rulings since it challenges the very foundation of the EU legal order. Therefore, by taking into account the recent developments in Poland regarding abortion laws, media freedom, LGBT rights and judicial independence, all developments deemed as going against EU values, the ruling deserves attention.

How to interpret it

The ruling may have various meanings. It can be a decision that merely interprets Polish laws and decides on EU laws’ position over the national laws. However, the ruling openly contradicts the EU treaties and EU case law, including the landmark Costa v. ENEL decision of the CJEU that establishes EU laws’ supremacy over member states’ laws. In other words, the ruling is obviously unlawful. Considering this, and the fact that the case was lodged by Morawiecki before the Polish Supreme Court, a court that is claimed to consist of mostly the ruling party supporters, it is obvious that the ruling is more than a mere interpretation of the law.

The ruling can, further, be a move that paves the way for Polish courts and institutions to disregard the EU laws and EU courts’ rulings. It can also be a sign of Poland’s wish to exit the EU. It is likely that one of the motivations behind the ruling is to weaken the application of EU law, and in this way to be able to apply EU laws and EU court rulings only when Polish authorities and Polish courts deem it appropriate.

In addition, the other motivation may be to avoid the interference by the EU in situations when the ruling party is likely to face criticism and adverse consequences from the EU. However, a future Polexit does not seem possible. On paper, Poland may exit the EU with a parliamentary decision without a need for a referendum. However, it is not probable that the ruling party of Poland could or would wish to take the financial and political “risk” of leaving the EU. Morawieck’s statement that affirms Poland as an integral element of the EU and refuses to openly acknowledge Polexit confirms that.

Moreover, polls show that the support from Polish population to remain within the EU is high, and Polexit without a public support is not likely. There is another reason for Poland to remain within the EU – economic support. Much needed COVID-19 recovery funds is one of them, and Poland even now fears the freezing of coronavirus recovery funds as a form of retaliation from the EU over the Constitutional Tribunal ruling.

In short, the Constitutional Tribunal ruling is not about a future Polexit, but more about claiming national sovereignty, and creating an elbow room for Poland’s ruling party to realize its political agenda without facing resistance from the EU courts, and the EU itself. In other words, a future Polexit does not seem likely, but a rule of law crisis is haunting the EU.