Putting a price on normalization with Israel 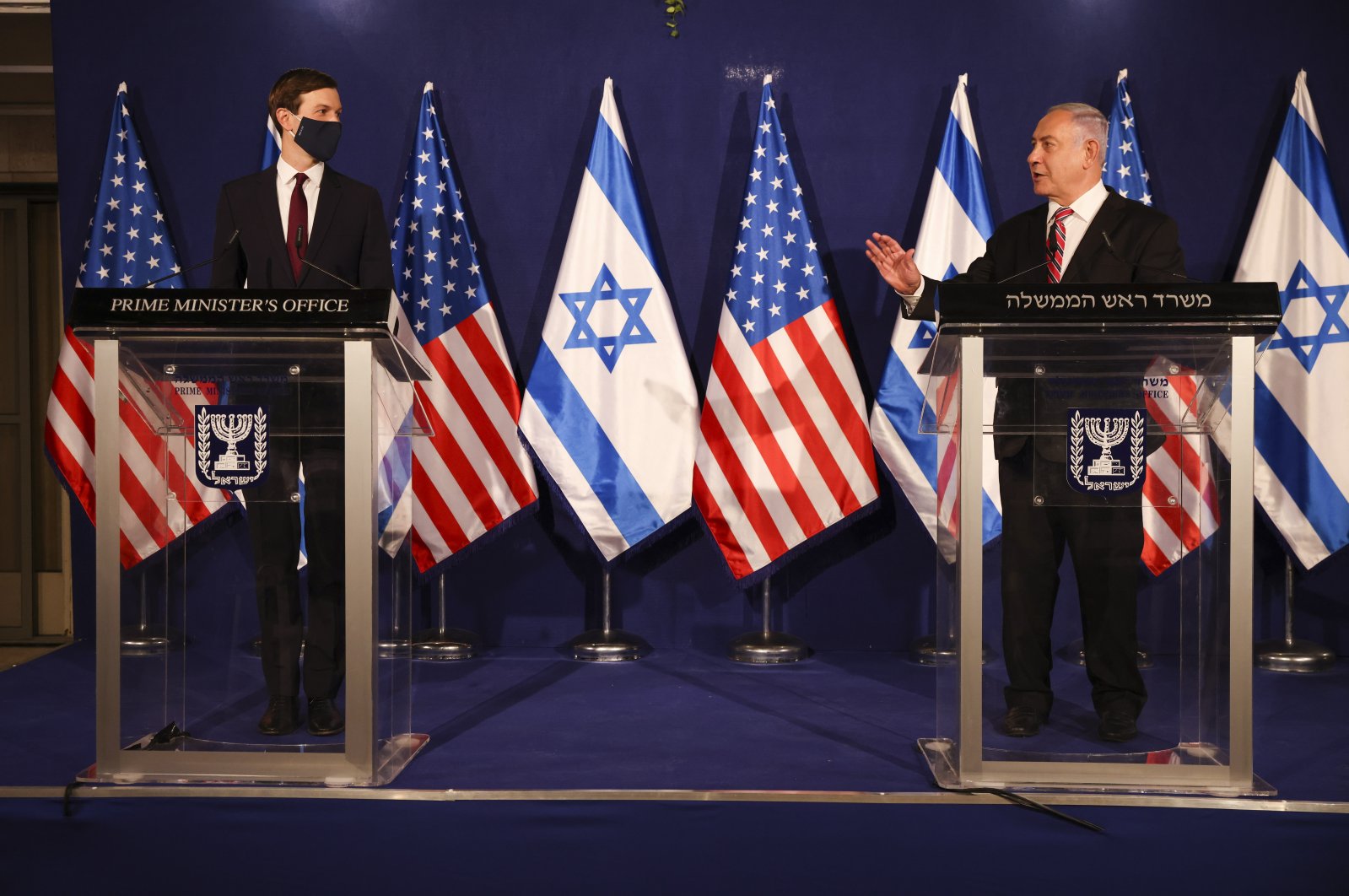 This week commercial flights between Israel and Morocco started, marking the normalization between the two countries brokered by the United States.

Jared Kushner, the grand architect of this region-wide normalization policy and U.S. President Donald Trump’s son-in-law and advisor, boarded the first outbound Israeli flight from Tel Aviv to Rabat, if only to remind all the parties that this new Middle East is by far an American project.

Morocco will be the third Arab country, after the United Arab Emirates (UAE) and Bahrain, to normalize relations with Israel this year, with Sudan to soon follow suit. This process of normalization, however, is an ill-conceived one.

Normalization itself is not the problem, in fact, it should be encouraged. Normalized relations between Arab nations and Israel is the basis for any lasting solution to the Arab-Israeli conflict. Yet the manner in which normalization has materialized is troubling.

Morocco agreed to normalize relations with the caveat that the U.S. recognize Moroccan sovereignty over the disputed Western Sahara region.

Much in the same spirit, the UAE was awarded for its fidelity with an arms package including the advanced F-35 fighter jet.

Sudan on the other hand has been removed from the list of state sponsors of terrorism following the promise of normalized relations with Israel.

In each instance, normalization has come with a hefty price tag to the U.S., while Israel simply enjoys the fruits of the process. By handing out favors to authoritarian regimes, the U.S. is not only diminishing the credibility of the process but also acting in a rather short-sighted manner.

Normalization that is carried out as part of a bargain won’t be long lasting. Whenever regimes change or preferences shift in the countries normalizing with Israel, the process will come under doubt.

This ad hoc normalization process also serves to disentangle the wider Arab-Israeli conflict from the Palestinian question, seemingly giving way for Arab countries to normalize relations with Israel without the precondition of the creation of a Palestinian state based on the United Nations' partition of 1948.

This is dangerous and plays into the hands of Israelis who seek to isolate Palestine. Third countries shouldn’t be making promises concerning Palestine when Palestinians aren’t even included in negotiations.

American foreign policy, at a bipartisan level, is hostage to safeguarding Israeli interests in the region. This statement might seem hyperbolic, but the Abraham Accords clearly exemplify this.

Promoting Israeli interests in the Middle East has become a zero-sum game for Washington, exacerbated of course under the guiding hand of Kushner and Trump, which have entangled the White House with Israeli Prime Minister Benjamin Netanyahu, who himself is an extremely controversial figure.

By promoting a so-called “peace process” without involving the side that peace will happen with – the Palestinians – the U.S. has lost its role as a credible broker in fostering an agreement between Israel and the Palestinians.

Instead, the U.S. has chosen to promote bilateral ties between other Arab countries and Israel as steps toward resolving the decadeslong conflict.

This is a farce, and the veil of peace has fallen, laying bare the fact that these agreements are nothing more than pragmatic convergences in order to score deals with Washington.

American diplomacy, once the envy of the world, has now been reduced to playing the lawyer of Netanyahu – a figure who is increasingly unpopular in Israel as well.

U.S. capacity for statecraft and acting as an honest broker between warring sides has greatly been diminished by the decisions of the last year.

First the decision to move the U.S. Embassy to Jerusalem, and now the pseudo-peace agreements between certain countries and Israel has ended any future prospect for genuine U.S. involvement in future negotiations.

Mediations on a lasting solution between the Israelis and Palestinians won’t be in Camp David or the Rose Garden of the White House. They’ll likely be in Doha or Ankara, in a place where Palestinians can trust the broker, and be sure that the outcome will be in their interests as well.

Recent American decisions in this area have reminded all that we have indeed entered the post-American era.

The U.S., by its own doing, has singled itself out of any negotiations that will take place on the creation of an independent Palestine.

American policy-makers on both sides of the aisle need to recognize the need for a more nuanced approach in dealing with Israel. Israel might be an ally, but no ally should function with a blank check.

Moreover, no ally’s interest should supersede the interests of America. Israel, for too long, has dominated thinking in Washington. The incoming president should recognize that the Middle East is far greater than one country and that U.S. interests are better served when Washington considers all the parties involved.

Otherwise, the U.S. will have to get used to simply becoming a spectator, having relinquished its former role in order to aid Israeli interests.

Israel is on the verge of another election and Netanyahu faces a series of corruption charges. While his political party Likud might yet again emerge as the victor, this is now more uncertain.

Israelis are tired of Netanyahu and for good reason. Deals reached under his tenure will likely not reflect the thinking of the entire Israeli polity.

This is the first reason why these agreements are likely to not make any strides in achieving a lasting solution to the Israeli-Palestinian conflict. For instance, will the next Israeli prime minister be content with the purchase of F-35s by the UAE?

On the other hand, Trump’s era has ended rather abruptly. Who is to say that Netanyahu’s fate won’t be similar? With a new administration in the White House and the heralding of change in Israel, the viability of these agreements will come to question.

While they’re unlikely to be shelved, they will face more scrutiny than before. Many Democrats in the U.S. were not happy with the manner in which the UAE was awarded for the Abraham Accords with the F-35 fighter jet. Many in Israel also question Netanyahu’s increased dealings with the Gulf.

More significantly though, the blatant exclusion of the Palestinians from the negotiations has rendered these agreements null from the offset. They do not achieve peace, they merely make bare existing clandestine relations and backchannelling efforts.

Trump’s Abraham Accords do not bring anything new to the table, they simply repeat the fallacy that normalized relations between Israel and Arab countries will magically solve the Palestinian question.

Solving this matter rests in a just solution that allows for the creation of a stable and prospering Palestinian state next to an Israeli one. Anything short is a waste of time.