Somalia goes to polls: Reflecting determinants of past, present, future 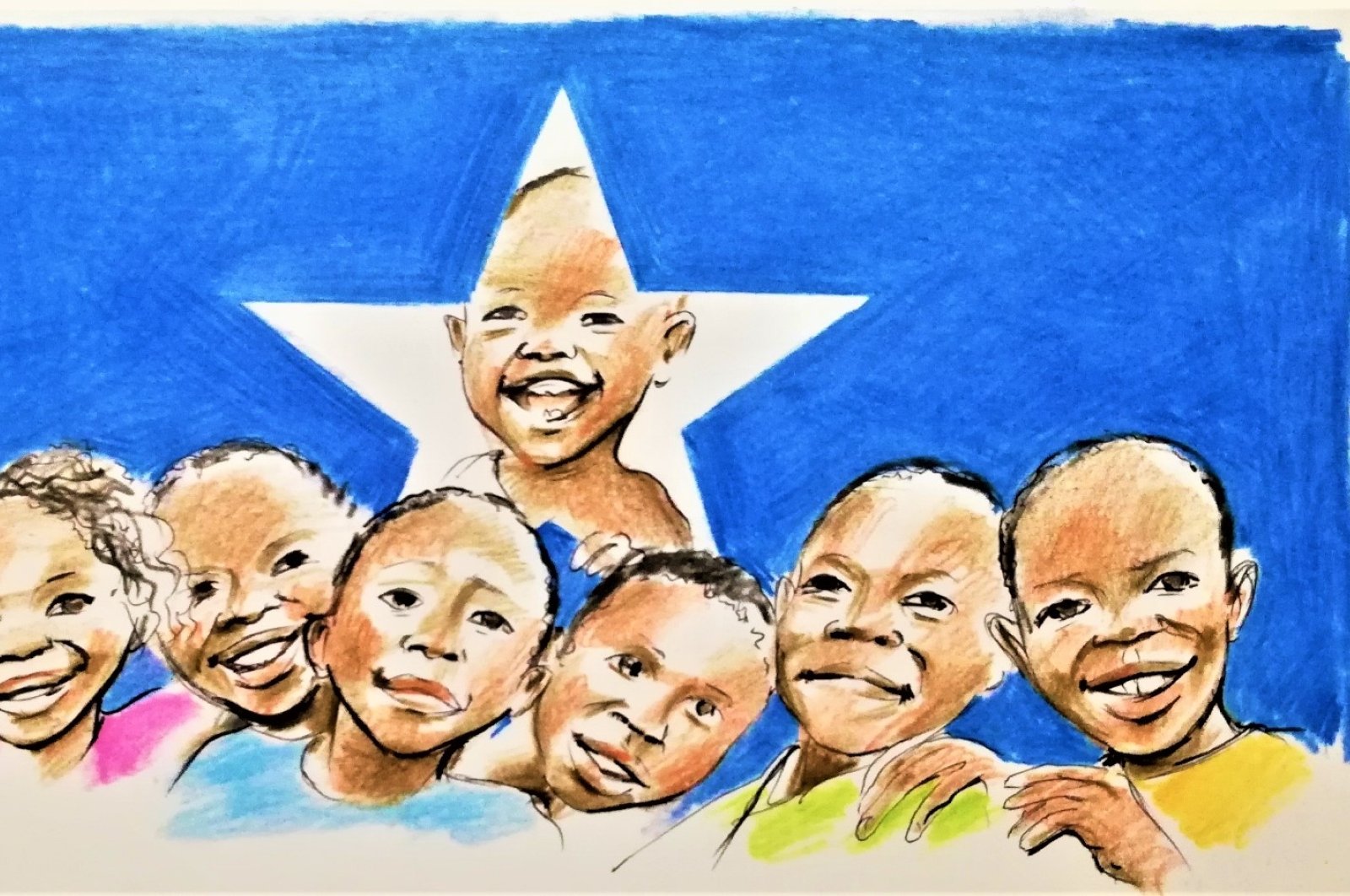 Early this year, Somalia is to hold presidential and parliamentary elections despite the opposition's allegations that the government has mishandled the election process and violated the new election model formed following an agreement in Dhuusamareeb, the administrative capital of Galmadug state, in August 2020.

The country's political landscape has been characterized by conflict and reaction for a while now, exemplified in the past three elections that resulted in political turmoil and confusion.

Lack of trust in the system is the leading cause of ongoing political disarray. Somalia has been ruled by a military regime for 21 years and has lacked functioning government institutions for almost 30 years, still struggling to heal past wounds. The political system is fragile and susceptible to exploitation, giving opposition presidential candidates reason for concern.

Just like anywhere else, there are some specific factors that determine the choice of the president in Somalia.

Factors of the past

After becoming independent from its former colonizers, Britain and Italy, Somalia eagerly formed its first republic, which was followed by nine years of parliamentary democracy, proclaiming itself the first democracy in Africa.

In reality, the democratization efforts fell short in many ways. Elections were held, but there was a disconnect in power, transparency and accountability, while the tireless efforts to separate the clan from the statehood and elections did not yield positive results.

The clan played a determinant role in choosing who would rule the country and denying that role means ignoring Somalia’s political culture.

The emergence of a sense of nationalism provided unity and impeded the clan's influence, suggesting that it could be a fading force.

The leaders of the civic governments tried to take advantage of the situation, which turned out to be a naive miscalculation. Old traditions ingrained in the country's political culture cannot be erased so quickly.

As many scholars argue, the best way to handle this situation is to relegate and demote the group's influence and capacity over time. Trying to remove it altogether is not an option and often results in more grave consequences in the long run, as happened in Somalia.

The final years of the civilian era in Somalia were marked by corruption, nepotism, mismanagement of public finances and alleged election fraud. These factors lead to the deterioration of state institutions and the demand for change, bringing the experimental democracy to an end and providing the military the golden opportunity to seize power.

With the fragile democracy no more, the military did what any dictatorship would do and proceeded to dissolve the constitution, put an end to the multiparty system and suspend many rights citizens had during the civilian era.

The military regime lasted 21 years but made some critical mistakes during the period, including the adaptation of socialism and the Ethiopian war among other diplomatic blunders that would decide its fate.

If the clan was an election determinant in the civilian government era, then the military regime used it as a political weapon to benefit their agenda – a decision Somalia is still recovering from the social and political consequences of.

Soon after the regime of Mohammed Siad Barre, the commander of the Somali armed forces, was ousted, the clan rebels produced a manifesto and agreed to form a rebel government.

The clan factor was an intrinsic part of the movement and later played a crucial role in developing their rebellious government in 1991. It was followed by the Cairo agreement in 1997, which crowned Ali Mahdi Muhammad as president once again.

This marked the beginning of the clan being formally and legitimately recognized as a significant political and power-sharing component. And what came after only further institutionalized it.

As a result of the Somali peace conference in Djibouti, the first Somali political election was held in 2000, following almost a decade of statelessness.

Hundreds of delegates, who participated in the conference, elected the Transitional National Government (TNG) members, over who Abdiqasim Salad served as president.

What set this election apart was that the clans were proportionally represented in the "4.5 clan structure," allotting four to major clans and 0.5 to minority clans.

Even though the clan factor has always been a critical determinant of Somalia's past elections, the 4.5 clan formula's institutionalization was critical in this epoch.

The clan formula paves the way for a candidate to win a seat for his/her clan members in parliament. It also provides an environment in which members of specific clans have the privilege of holding the highest political positions.

Other than the clan factor, another plausible determinant would be warlordism, but the warlords were sidelined purposely throughout the Djibouti conference.

In a nutshell, it can be contended that this election's overall pattern has become decisive anatomy that shaped the ensuing elections up to today.

In 2003, the Somali National Reconciliation Conference (SNRC) was held in Nairobi to reconcile the TNG and the warlords. Most of South-Central Somalia was under the control of the warlords, with the TNG's mandate plagued by their impediments.

The establishment of the Transitional Federal Government (TFG) was agreed upon within the clan lines designed in the preceding election. Nevertheless, the warlords were more conferred to, due to being more authoritative than the TNG, and directly impacted the election process.

In addition, neighboring countries subliminally influence elections through the warlords and became a more determining factor than before.

The warlords-turned-politicians wanted more power than the power-sharing mechanism the TFG would allow, creating another hurdle for the TFG to overcome before accomplishing its mandate.

The status quo remained unchanged until the Islamic Courts Union (ICU) took control of Mogadishu and nearly all the south-central regions from the warlords, paving the way for the TFG and ICU, staunch rivals, prompting an armed conflict that had persisted for two years.

Following the ICU's downfall, the Alliance for the Re-liberation of Somalia (ARS), comprised of fragments of the ICU and other political figures opposing the TFG, was founded in 2007.

In 2008, several rounds of negotiations between the TFG and the ARS in Djibouti ended with an agreement outlining the expansion of legislative members and setting the date for a new election in 2009.

This election was shaped by previous trends like clan allegiances, but new forces would arise in Somalia's electoral spectrum.

Ideology appeared to be at the epicenter of the election thanks to new members of parliament with conservative tenets who voted for Sheikh Sharif, the former president of Somalia.

It is also worth noting that as well as parliament's conservative members, members of the diaspora who had joined the assembly from the ARS played an important part in the election.

Somalia's prolonged transitional institutions were abolished in 2012 with an agreement of a provisional constitution and the formation of the Federal Government of Somalia (FGS) to be created in a fresh round of elections.

The post-transitional elections of 2012 and 2017 became a turning point determining the outcome of upcoming elections, less reliant on warlordism and ideology but the clan formula holding its ground.

Money also helped determine the outcomes of the elections, swaying votes for the legislative body and presidency.

It is important to stress that a large sum of this money came from abroad, with foreign countries financing candidates to acquire votes, showing that the financial and political backing of foreign countries is another determinant factor.

What is imperative for the reader to understand here is that it was not enough money to win the elections. It is the proper organization of funds, coupled with a man with a portfolio of connections that fortified the results.

Besides money, a new determinant of these elections was "groupism," meaning a group of people with a common attitude or interest but no structured political agenda try to dominate the election process with soft or hard power.

This phenomenon is evident in the current and prior administrations' power structure, where a group dominated the government's power based on their aptitude to manipulate winning the election.

It is generally believed that those in government office during elections use their positions to manipulate election results.

As for the upcoming 2021 election, it seems the previous election determinants remain intact, especially those of the post-transitional period, as conditions including the key actors, the status quo and election model are all too familiar.

As history teaches us, the present can help predict what is to come. Looking at the political situation in Somalia, it is easy to foresee its future.

As always, the clan factor will remain an essential determinant as it has in every election, at least for the foreseeable future.

Even if the country goes toward a multiparty system, clan politics and coalitions will remain decisive, and a candidate's identity will have an enormous impact on voters' choices.

The multiparty system of 1960 and the current Somaliland one stands as an excellent example of the future. Moving to a multiparty election will remove some of the election determinants of today, such as vote-buying, bribery and foreign interference but also others will emerge.

Like any other fragile country that is still recovering from conflict, system exploitation will be a critical determinant.

Election fraud and manipulation will dominate most of the political discussions and complaints that usually emerge before elections.

Somalia will have challenging times ahead in tackling these election determinants. Building its institutions' capacity, which includes establishing impartial election committees, is imperative if Somalia wants to avoid further political turmoil before and after the election.