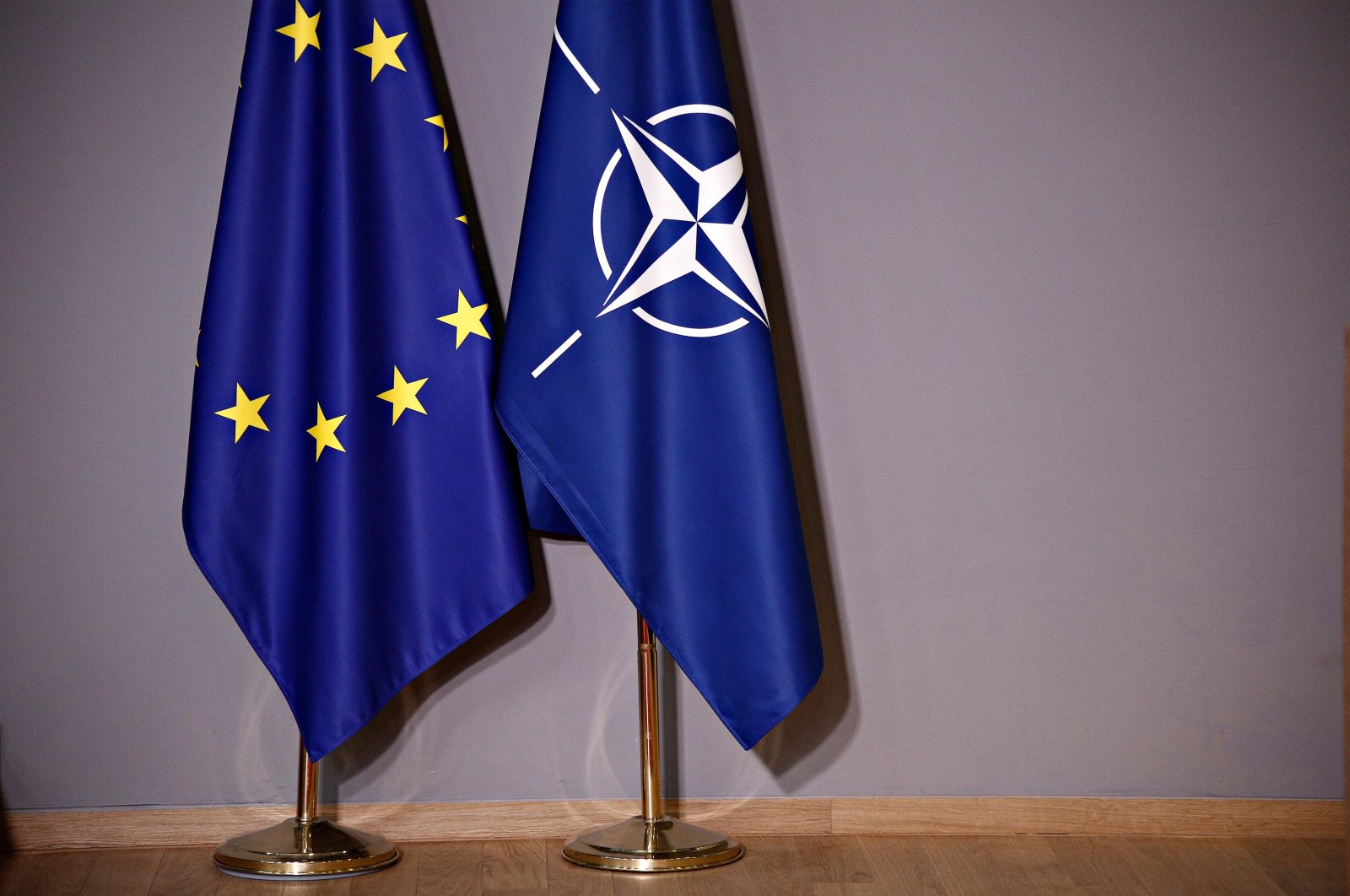 The flags of the European Union and NATO are seen in the building of the European Council, Brussels, Belgium, May 18, 2017. (Shutterstock Photo)
by Ryszard Czarnecki Dec 02, 2020 12:05 am
RECOMMENDED

The fragmentation of the U.S.-led and Western-dominated world order and the rise in global geopolitical competition have put Europe’s security in an increasingly vulnerable position.

As the European Union comes to terms with a changing strategic environment, it needs to do more to provide for its own defense and security. This includes better and deeper EU-NATO coordination but also the participation of non-EU members in projects and processes initiated within EU structures.

Europe has to contend with an increasingly assertive Russia, rising Chinese assertiveness, spiraling conflict and violence to its south in Syria, Libya in the Sahel region, the unraveling of nuclear arms control treaties and the questioning of U.S. leadership on the global stage.

The COVID-19 pandemic has also highlighted new, perhaps less obvious dimensions in the notion of security and showed that strategic autonomy should be more broadly defined to include strict security, science, economic system sustainability and models of society.

Recently, the EU wanted to confirm its position by defining the terms of its geopolitical goals and ambitions for strategic autonomy. However, in order to emerge as a global leader and achieve this autonomy, it will need to think harder about its control over critical infrastructure and supply chains, build up its internal resilience, balance social and economic recovery from the pandemic and overcome internal division.

As the EU pursues strategic autonomy, it finds itself in the middle of complex geopolitical rivalries. The U.S. and Europe have many common values and interests but increasingly complicated outlooks and approaches, especially when it comes to the multilateral order.

The relationship is at a critical juncture. Should they reaffirm or reassess trans-Atlantic defense cooperation or how the post-election political environment impacts the U.S. response to current challenges, and whether it decides to go it alone or cooperate with its European and NATO allies? And how will this shape the future security and defense landscape? Could it deeply impact multilateral relations?

The EU and NATO member states are slowly waking up to the new reality that there will be no business as usual. It is hard to dispute the extensive progress the EU and NATO have made in deepening their cooperation.

However, the direction in which the relationship should head is far from being decided. Some argue that there is a need for NATO to Europeanize as a result of the EU’s increasing strategic autonomy.

In contrast, others see the feasibility of a division of labor between the two, one that could eventually lead to an EU-U.S. alliance in lieu of NATO. Others, meanwhile, argue for a U.S. withdrawal from NATO and for leaving European security to the Europeans.

As members of the European Parliament, we will have to make important decisions that will make one or the other of these options a reality.

*Former minister of EU Affairs in Poland, member of the European Parliament