Sustainable development for real economy: Some lessons from the 12th ICIEF 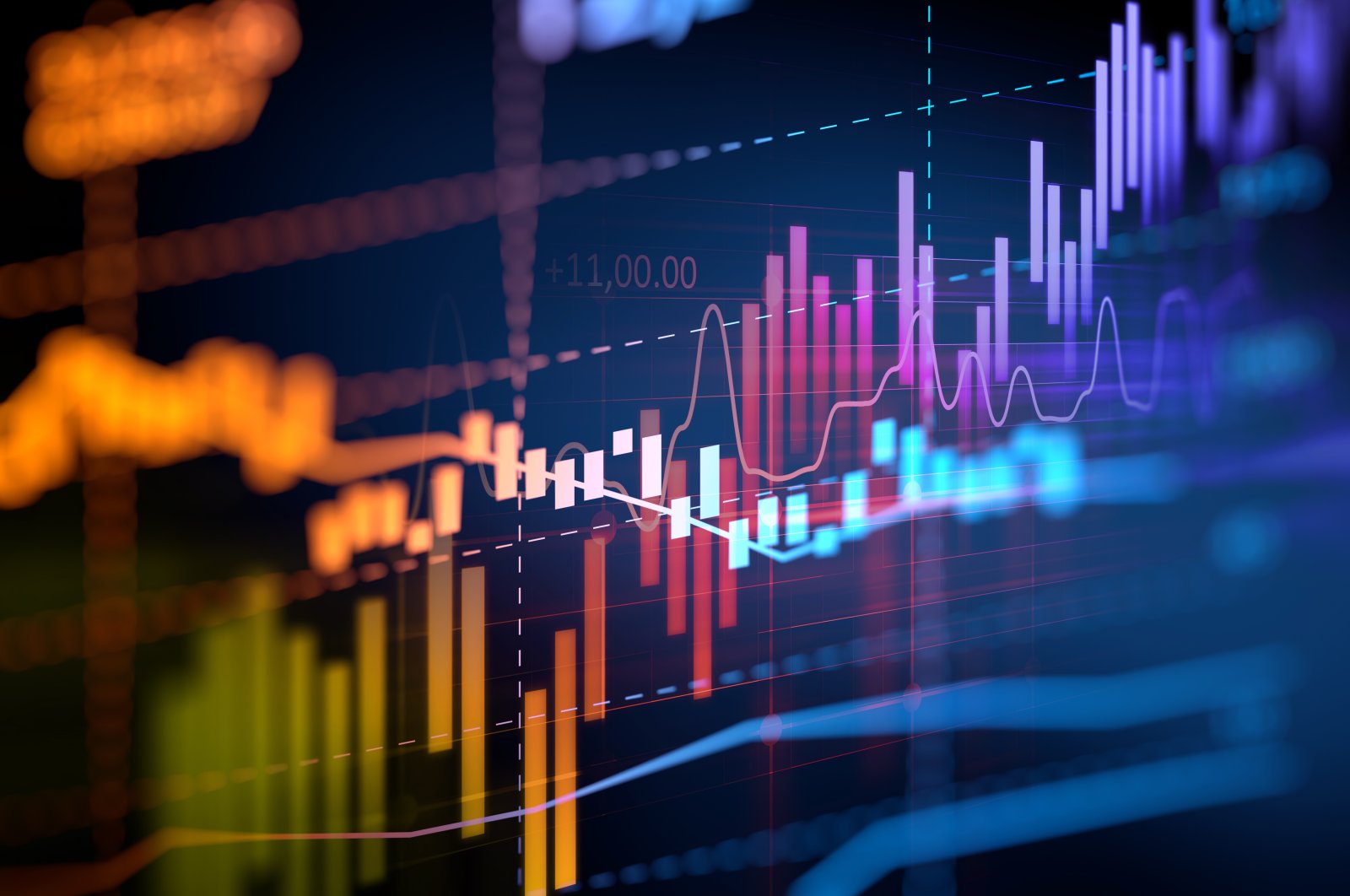 With its tested institutions and mechanisms, Islamic finance offers some great opportunities to revive the pandemic-hit global economy. (iStock photo)
by Foyasal Khan Jun 24, 2020 12:05 am
RECOMMENDED

The 12th International Conference on Islamic Economics and Finance (ICIEF) was held in Istanbul this month. It was organized by Istanbul Sabahattin Zaim University, Islamic Research and Education Institute (IRTI) and the Islamic Development Bank (IDB).

In mid-June 2019, the call for papers for the 12th ICIEF was announced, and at that time, nobody ever realized that the world is going to face a severe crisis like COVID-19. Many of us had dreamt of a historic meeting in Istanbul with this conference. However, as the COVID-19 pandemic spread around the world, governments imposed lockdowns and took other drastic measures.

In the changed scenario, the conference committee decided to organize it virtually, instead of postponement. Thus, Islamic economics and finance policymakers, academics, researchers, graduate students and practitioners from around the world could utilize this conference as a platform to engage in lively dialogues and discussions on how Islamic economics and finance can contribute to mitigating the challenges arising from the pandemic and emerge as a viable alternative system in the post-pandemic global order.

In addition to regular paper presentations, 14 eminent personalities, including the finance ministers of Turkey and Pakistan, the governor of Pakistan's central bank, four winners of the IDB Prize, erudite Islamic economists and Islamic finance experts shared their thoughts on the future of Islamic economics and finance as keynote speakers.

Most importantly, the presence of President Recep Tayyip Erdoğan at the inaugural ceremony was remarkable. He confidently said Islamic finance and economics have the potential to be a solid, sustainable and structural alternative to the existing financial system, laden with crises. He further assured that the Turkish government will extend all kinds of support to make Istanbul an Islamic finance hub.

Altogether, 132 papers in three languages – five Turkish, 28 Arabic and 99 in English – out of some 472 submissions from 40 different countries, were selected for presentation.

The most common keywords used by the authors coincide with the main theme of the 12th Conference, Sustainable Development for Real Economy. Nearly 55% of the papers were presented under three themes: Islamic finance, empowerment and sustainability (30%), sustainable development goals (SDGs) and the role of Islamic economics (15%) and entrepreneurship (10%).

The top five keywords from the papers were: Islamic finance, circular economy, Islamic banking, sustainable development and Islamic microfinance. Discussing every paper and drawing lessons from them is beyond the scope of this short article. Rather, I will touch upon some widely discussed issues at the conference.

The COVID-19 pandemic has been a stark reminder of how dysfunctional our relationship with nature is. The current linear economic system has provided glaring economic progress at the cost of wasteful production and consumption, global warming and environmental pollution. Millions of people are still living below the poverty line, and income and wealth inequality are increasing nakedly across the globe.

To come out from this fragile system, some papers in the conference aptly focused on implementing a circular economic model that facilitates environment-friendly production and consumption, in terms of limited use of materials and resources, minimal emission of hazardous elements into nature and a highly efficient waste management system.

The circular economy (CE) concept is very much aligned with the concept of sustainable development (SD) and may support achieving the United Nations' SDGs by 2030. Both CE and SD promote inter-generational equality of the ecosystem by discouraging the industrial production systems that can harm the ecological balance.

Some papers highlighted that Islamic banking practices and finance should be in line with Maqasid al-Shariah, or the objectives of Shariah, in terms of maintaining high ethical standards while pursuing banking and financial activities.

Islamic finance needs to be supportive to the protection of property (Hifdh al-Mal), augmentation of wealth in a halal manner, observance of the values of justice, equity and fairness in dealings, the realization of common good and well-being of society, generation of real economic activity, equitable distribution of wealth and discouragement of its concentration in few hands, avoidance of artifice and subterfuge, etc. IBFIs should be financially inclusive to help achieve the SDGs.

The Islamic finance instruments such as Sukuk, Takaful, Mudharaba, Murabaha and Musharakah can serve higher purposes of Shariah if these instruments are used with their substance. Especially, sukuk can be used for socially impactful investments such as clean and green environment financing for sustainable development, financing for government projects, etc. In an empirical study on Indonesia, it is revealed that Islamic Banks and Sukuk significantly contribute to the achievement of the three SDGs: poverty reduction (No.1), decent work economic growth (No. 8), and climate action (No. 13).

These are also called Islamic social finance which can, directly and indirectly, lead toward achieving a number of SDGs. In the past, Zakat, as an important multidimensional institution, has contributed tremendously to the social, economic, political, religious, spiritual, moral and ethical developments of Muslim societies.

The Ottoman Empire used to provide an example of practicing zakat under the umbrella of tax. Turkish states within the framework of Islamic and customary law would collect and distribute zakat of visible goods. Moreover, zakat of invisible goods would practice at an individual level.

As a voluntary charity institution, waqf played a historic role in constructing the Muslim socioeconomic development. Waqf was not limited to traditional property waqfs by the rich. Rather, the practice of cash waqfs was found in the history of the Ottoman financial institutions since the 15th century. Cash waqf allowed the poor for the establishment of waqfs.

The Ottoman smart investment in waqf-based charity institutions demonstrated that they can be used to enhance the quality of religious, educational, health and socio-economic life, and the overall economic and financial stability over long periods of time. The irony is that in the last decade, Shariah experts and Islamic economists have studied waqf from legal, juristic and administrative aspects, but little attention is given to the socioeconomic aspect.

So, scholars emphasized that further research on the socioeconomic role of waqf and zakat needs to be conducted. In this context, a paper suggests that the institutions of zakat and waqf can be used as a potentially effective, complementary source of funds to enhance education, skills or values and attitudes of various stakeholders in the Micro, Small and Medium Enterprises (MSMEs) sector to mitigate the shortage of human resources.

Lastly, it is said that more than 45 years have passed since the first-ever ICIEF began in 1976 in Mecca, Saudi Arabia. To date, it has been held in Saudi Arabia, Pakistan, the U.K., Malaysia, Bahrain, Indonesia and Qatar.

Organizing this conference for the first time, Turkey expressed its desire to be a bold new center for Islamic economics and finance. From the deliberations, one key message is that Islamic finance deserves to be considered as finance for humanity and should be supported by all individuals, companies, corporations, institutions and governments at all levels towards building a new, just world in the post-COVID-19 era.

*Economist based in Dhaka, Bangladesh and Ph.D. holder in economics from International Islamic University Malaysia