Terrorism in all forms: Is Daesh still alive? 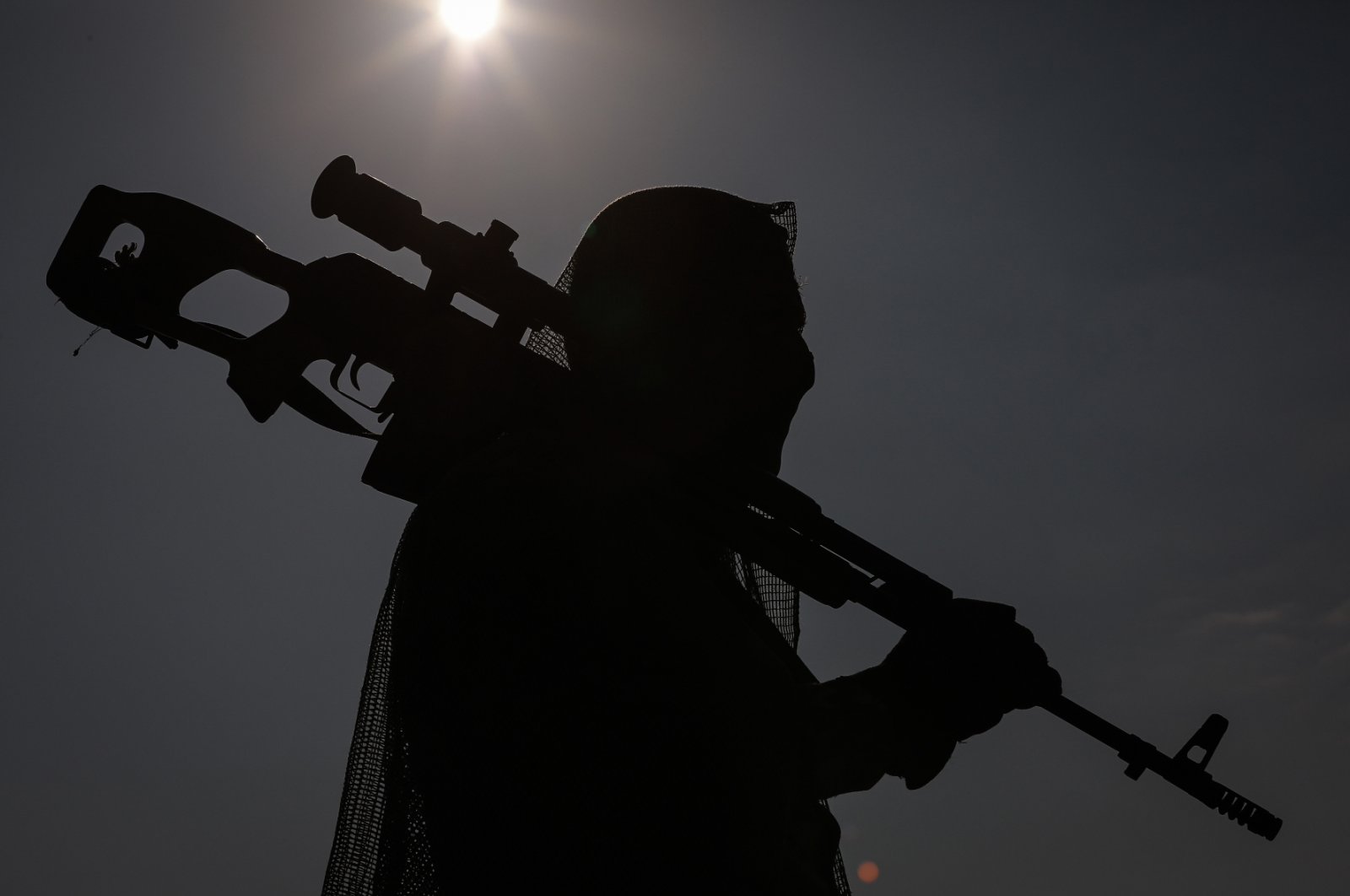 An Iraqi soldier stands in position during military training, ahead of Victory Day, celebrating the defeat of Daesh in Iraq, Baghdad, Iraq, Dec. 8, 2020. (Photo by Getty Images)
by Muhammet Ali Güler Jan 05, 2021 12:05 am
RECOMMENDED

In his masterpiece, “The Prince,” Niccolo Machiavelli once wrote that “you must know there are two ways of contesting, the one by the law, the other by force; the first method is proper to men, the second to beasts; but because the first is frequently not sufficient, it is necessary to have recourse to the second.”

Even now, terrorism poses a serious and continuous global threat to humanity. Terrorism is not exclusive to any one religion or ethnicity. The massacres and a variety of acts of terrorism conducted by Daesh, the PKK, and the PKK's Syrian offshoot, the YPG, have caused wars and decadeslong clashes, displacing millions, murdering innocents and multiplying fear and division in societies. It should be noted that extremist ideologies and beliefs have the propensity to brainwash thousands of people globally.

Despite the fall of the notorious group in the Middle East, Daesh followers still call for the establishment of a “caliphate” in other parts of the world; for example, in Asia.

Daesh was dealt a final blow thanks to the cooperation of nearly 65 nations on the ground in Syria and Iraq. Despite its defeat, there are reports that around 20,000 Daesh fighters remain in the two regions.

Foreign terrorist fighters (FTFs) from over 100 countries joined Daesh in Syria and Iraq to establish and protect their rule. However, after the terrorist group lost its territory in 2019, it is believed that the thousands of defeated Daesh- and al-Qaida-linked FTFs returned to their homes. As a result, those leaving Iraq and Syria take their terrorist training and ideology with them.

This migration could lead to terrorists establishing themselves outside of the Middle East. When Daesh was seizing land in Syria and Iraq, on the ground the group tried to rally support from the international Muslim community over the internet.

Unfortunately, there are Muslims who have fed into the many Daesh recruitment videos available online in an array of languages including Indonesian, Malaysian, Filipino, Arabic, Turkish and English.

In Southeast Asia, the majority of Muslims are moderate. However, it has been reported that thousands of people from Indonesia, the Philippines, Malaysia, Singapore and Thailand joined Daesh between 2014 and 2019, citing a sense of belonging. The Daesh terrorist organization now considers Southeast Asia the optimal location to reestablish its rule.

However, Malaysia, Indonesia and Singapore have a history of collaborating against Daesh.

I do have to say that I was shocked by the 2016 bomb explosion at a nightclub in Kuala Lumpur, Malaysia, carried out by Daesh. Luckily, in 2019, the Malaysian security forces conducted successful operations, arresting around 30 Daesh supporters before they could conduct attacks across Malaysia.

Indonesia has been a victim of Daesh terrorism due to local groups linked to the notorious organization. There have been several incidents claimed by Daesh such as the attack in Solo, Central Java, in 2016, an attack in Jakarta in 2016, the Surabaya bombing in 2018 and the Jolo Cathedral bombing in 2019.

There are dozens of suspected Daesh advocates in Malaysia, Indonesia and Singapore who have been detained by the security authorities of the respective countries.

For instance, the Malaysian authorities arrested over 80 Daesh militants in 2018 while Singapore detained radicalized individuals, including a schoolboy who had alleged links with Daesh, under the Internal Security Act (ISA).

In the Philippines, the city of Marawi was seized by pro-Daesh militants and an Indonesian police officer was killed by a returning Daesh member in 2017. These attacks and kidnappings conducted by those loyal to Daesh are just an indication of a greater global threat.

The PKK terrorist group and its YPG offshoot consider themselves the representative of Kurdish people in the Middle East. However, the group advocates actions that only lead to more confrontations and insecurity.

In December, for example, the YPG attacked Peshmerga forces at the Iraqi border, leaving several dead and more wounded. Both Turkey and Iraq are aware that the PKK has inimical and revanchist motives when it comes to Turks, Kurds and Arabs, while presenting itself to the world otherwise.

The latest attacks drew outrage from the Kurdistan Regional Government of Iraq (KRG). Serbest Lezgin, the deputy minister of Peshmerga affairs in the KRG, said “it is very well known that the YPG is acting based on the directions and instructions of the PKK.”

Lezgin highlighted the need for the international community to condemn terror, saying, “on this opportunity, as the Ministry of Peshmerga Affairs, we urge the international coalition forces to display a stance against last night’s attack and strongly condemn it.”

The prolonged unrest and conflict between the KRG and the PKK continued. There is no doubt that the visible presence of the PKK in the region has disturbed all parties.

Governments, as well as regional and global institutions, should focus on the reasons people join extremist groups. These reasons can include the economic climate, living standards and where they get their information on cultural, religious and national issues.

According to media reports, extremist fighters can be promised salaries well above $1,500, a huge pay increase compared to the average salary in most countries the fighters are enlisted from.

Searching for a new life, a fresh start or a new social circle are just some of the simple but important reasons members choose to leave behind their homes and join the group.

There are also those who believe they are fighting to protect their culture, religion, belief, ideology and nationality.

It is understandable that, unfortunately, there are many individuals and groups around the world who support the extremist doctrines promoted by Daesh, al-Qaida and the PKK.

Multilateral cooperation, partnerships, joint operations and exchanges between nations are of vital importance.

Education plays a vital role against terrorism and extremism; it is intrinsic to instill all the morals needed for society to operate in a respectful manner.

The results of policies of poverty alleviation must be analyzed and adapted accordingly while promoting tolerance and coexistence.

Religious and political leaders play an important guiding role and should avoid victimizing any particular side.

Schools, mosques, churches, and religious and cultural centers are the best training grounds to guide people who may have lost their way and are more inclined to adopt extremist ideologies.

Deterrent, strong punishments should be in force.