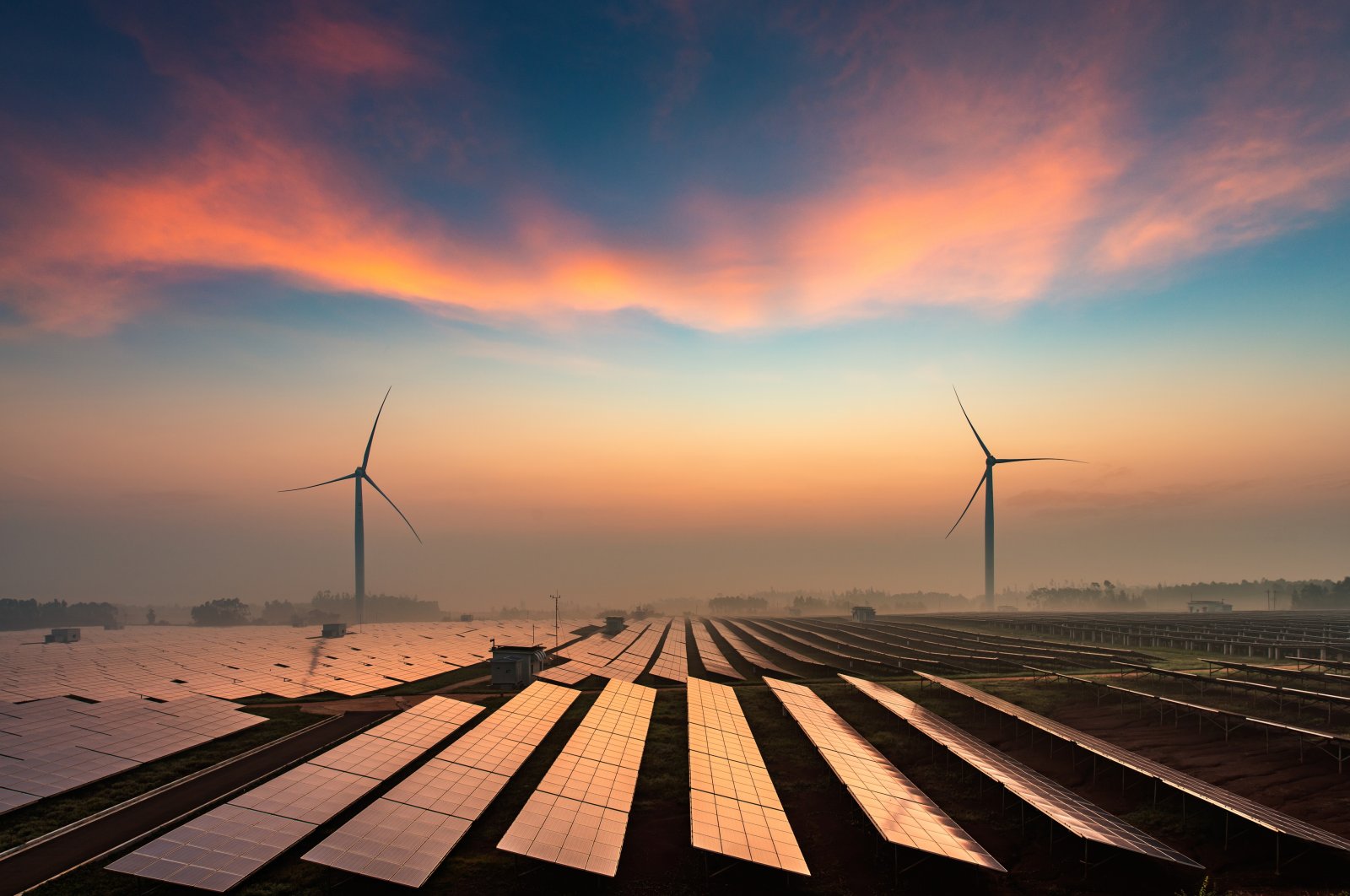 Currently, nearly half of Turkey’s electricity supply is sourced from renewables. In the generation mix, wind and solar energy are growing to gain a share of around 15% in total demand. (Photo by iStock)
by Değer Saygın Dec 01, 2020 12:05 am
RECOMMENDED

Turkey has made great strides in recent years in transforming its energy system with the widespread use of local resources for sustainable growth and reducing its current account deficit. As a result, efficiency has dominated Turkey’s energy agenda for years now.

The country's inclusive and comprehensive action plan for national energy efficiency aims for a 14% reduction in total primary energy demand by 2023, compared with 2017. Its implementation has been mostly successful, according to the Energy and Natural Resources MInistry's 2019 progress report. The action plan has also been backed by new targets and legislation.

It covers Turkey's entire energy sector, including supply, transmission and distribution and end-user. What makes the plan more comprehensive, compared with earlier strategies, is its emphasis on business models and financing of energy efficiency. This is an important step in turning Turkey’s large potential into actual investments. In the said plan, power emerges as a crucial sector, where more than half of all the 55 outlined actions addresses energy efficiency.

It is also the sector where much of the transformation has already been taking place. With the rapid decline in costs of renewables and favorable regulatory environment, deployment of renewable energy resources has gained unprecedented momentum in the sector.

Currently, nearly half of Turkey’s electricity supply is sourced from renewables. In the generation mix, wind and solar energy will meet around 15% of total demand. It is now equally important to understand how this transformation can be accelerated with energy efficiency, in line with the action plan’s objectives for 2023 and beyond.

A recent study by the SHURA Energy Transition Center shows a viable way forward for businesses and policymakers to improve Turkey's energy efficiency. According to the study, there will be an electricity-saving potential of nearly 10% by 2030. This potential is estimated in comparison with the study’s baseline demand scenario that is developed based on Energy Ministry projections.

The baseline scenario projects a total electricity demand of 459 terawatt-hours (TWh) per year. In absolute terms, the 10% savings potential equals nearly 42 TWh of electricity demand by 2030, according to the SHURA scenario, which accounts for the deployment of energy-efficient technologies in the power sector. In this scenario, the electricity demand is estimated at 417 TWh per year by 2030.

The manufacturing industry and buildings constitute 45% and 32% of the estimated savings potential, respectively. The remaining 22% comes from other uses, such as street lighting and the electricity distribution system.

Few technologies account for the lion’s share of electricity savings. More efficient lighting in buildings and the industry (including street lighting) represents 38% of the total potential by saving 16 TWh electricity per year. This equals the current electricity demand of nearly 7 million households in Turkey.

Industrial motor systems rank second with a total savings potential of 9 TWh per year, accounting for one-fifth of the total saving potential. Household appliances and office equipment save another 5 TWh per year. Some options are yet to be deployed such as smart homes, where electricity demand and supply are efficiently managed with digital applications.

Understanding the economics of energy efficiency is crucial. In the coming decade, around $54 billion (TL 420 billion) needs to be invested in the technology portfolio of the SHURA scenario. This total is four times higher than the estimated investments in the baseline, thus indicating the significant efforts needed to save an additional 10% electricity by 2030.

It is split into $30 billion for energy-efficient technologies, $13 billion for electrification and $11 billion for distributed energy including cogeneration systems. This compares with around $10 billion that was invested in energy efficiency in the past two decades in Turkey.

By 2030, for each $1 spent on energy efficiency, there are net benefits of $1.2-$1.5. More than 80% of the total electricity savings cost less than the projected electricity tariff by 2030, meaning they result in a net benefit. Few options such as smart homes and very efficient household equipment would require additional support to ensure a business case.

The focus of the solution

Technology solutions offer the way forward for one side of the question about how power system transformation can be accelerated. The other side is concerned with making this technology shift happen. There are five priority areas:

– Better integration of the demand side and distribution grids through business models for demand-side management,

– Development and implementation of innovative finance mechanisms and redefining energy efficiency under this mechanism,

As Turkey utilizes these opportunities, there will also be social, environmental and economic benefits of improving energy efficiency. The investments ahead of 2030 will play a big role in reducing Turkey's dependence on fossil fuel imports. The potential savings will reduce the demand for electricity generated from imported natural gas by almost half compared with the baseline.

The increase in investments and the domestic production of energy-efficient technologies will be reflected as new opportunities for employment. Procuring necessary technologies and services for an industry with more renewable energy shares and increasing energy efficiency will improve current employment levels.

Providing a much cleaner source of energy at lower costs and with fewer emissions will also support the country's export potential.

In addition to economic benefits, energy efficiency will also contribute greatly to the reduction of air pollutant emissions, to which a high proportion of Turkey's population is currently exposed.

The most important step for Turkey will be to plan for this transformation by prioritizing local energy efficiency and renewable energy sources, and extend the 2023 goals for long-term sustainable growth.

* Director of the SHURA Energy Transition Center, based in Istanbul; holds Ph.D. from Utrecht University