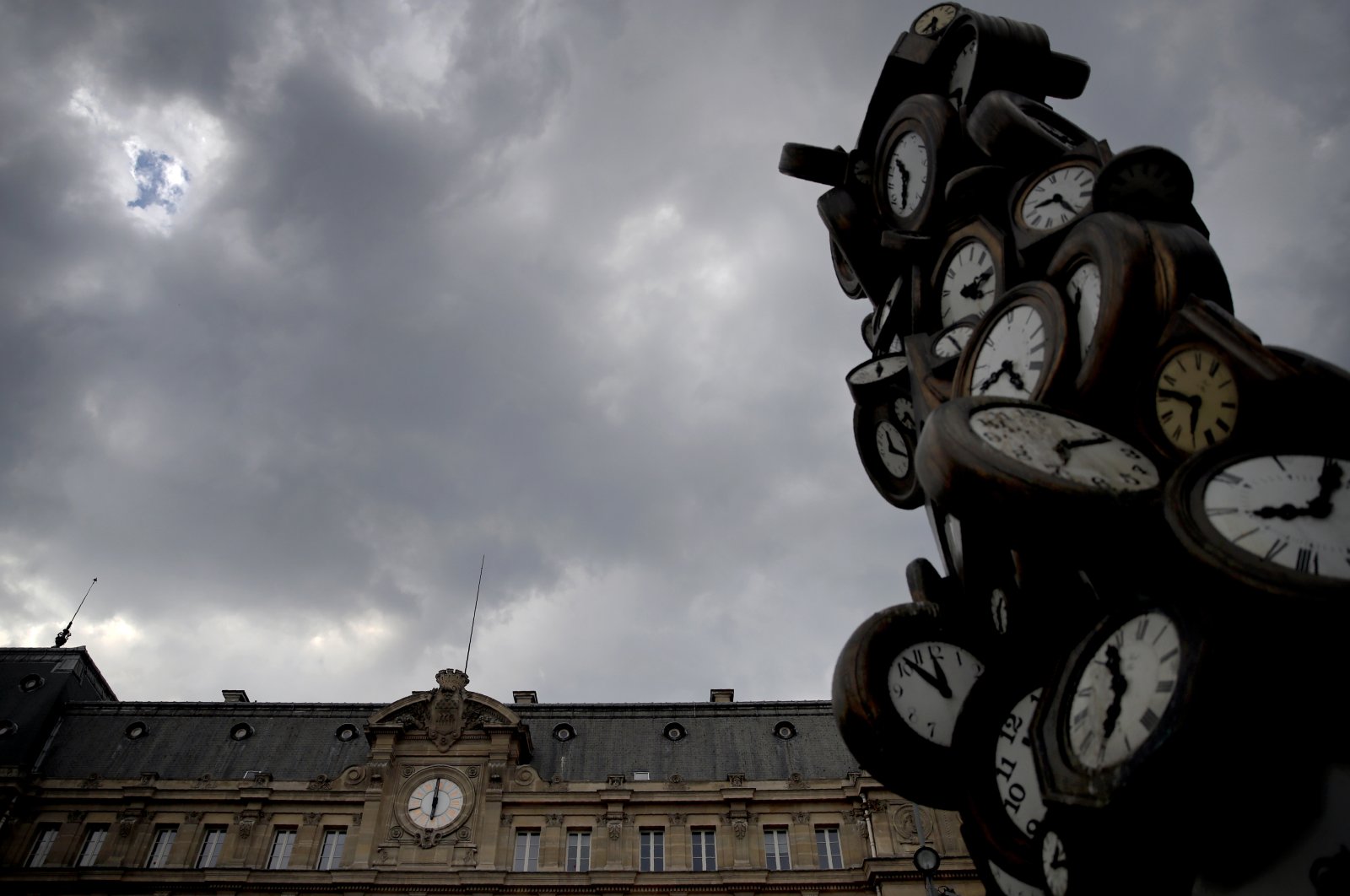 Many articles have been written about the new world order in which experts have been looking into the issue of what happens next after the threat of COVID-19 has abated. These experts take up a range of viewpoints: The humanitarians place their blame on the actions of humans, the realists elaborate on the issue from power-oriented views, and the liberals examine it within the framework of a collaborative response.

In essence, there could be two directions a post-coronavirus world would take: There could be more cooperation between nations and an increase in globalization, or nations could isolate themselves from the world and look inward.

In regard to the international order, the current status quo consists of four poles with the United States being the "supreme power," followed by China whose power is increasing, and Russia who still has influence and is keen on resurrecting its lost power. And finally, there is the European Union with its remarkable influence.

Let us examine two possible scenarios of what could happen after the COVID-19 crisis passes. One scenario is that nations go into recession and collapse. In the meantime, the U.S. does everything to protect its dominancy over the others while China is still moving toward being a superpower. Russia too would move into a post-pandemic world while the EU is still present with fewer members and a broken reputation.

The second scenario assumes that the U.S. collapses and China takes over as the only supreme power. The competition between China and Russia will accelerate but China will not become a transparent or open society like the U.S. Being a supreme power – the only supreme power – brings many advantages. A potential Chinese global hegemony could see similar incidents such as what we have seen in the occupation of Iraq, Afghanistan, Vietnam and so on. It was only recently reported in the Benar News that the Hai Yang Di Zhi 8, a Chinese survey vessel, was operating within Malaysia and Brunei’s exclusive economic zone without permission.

It can be said that it is not about being an American or Chinese power, but it is the advantages provided by being positioned at the helm of the world.

The balance between interests

Once the spread of COVID-19 has been controlled, we will have to decide the future of the world. There is the possibility that nations will isolate themselves and focus on their own internal production with little to no outside collaboration; in this event, we may find the new world in a more precarious situation than if the virus was still spreading. This is due to the fact that, for now at least, the virus has pushed for a sense of solidarity between nations. If there should be a focus on selfish-state behavior later on, this would create a new world that is divided. As a result, countries would see each other as enemies and geopolitical competition would accelerate.

There have also been claims that Americans lost their confidence in globalization and international trade. This is a false assumption since it is the U.S. and the EU states that pioneered this. The decisions of President Donald Trump are not the be-all and end-all, and other countries will not be prone to accept his instructions. It is still early to say that the Americans and Europeans have lost their belief in these two core paradigms. However, at the same time, there is a palpable taste of defeat coming from every continent.

The reality of the situation we face now is that the West has created a giant and a rival in China. By their own hands, the West allowed its largest companies to relocate and begin manufacturing in China. This, in turn, paved the way for the Chinese to learn or steal technology developed by the West.

Countries and their governments are aware that some sectors must be able to supply the domestic market. In today’s world, biological and psychological crises are not fiction anymore. Countries capable of manufacturing in vital sectors have already prohibited domestic companies from exporting to other countries. However, some countries including Turkey, Albania and Cambodia have been donating medical equipment and staff to third countries. The threat of this virus goes beyond national borders – it is a regional and global threat. So it should be dealt with on a regional and global scale. With the desperate search for a vaccine, any country that discovers the vaccine would be placing itself in both scenarios.

The most important change following the COVID-19 pandemic would be related to the global supply chain.

The countries that have been more collaborative will have more selfless and intellectual publics, and thus these countries will be able to maintain their social order with few losses. The nations and societies that did not respond to the necessities and demands of the public will see suffering with many eventual losses of lives.

The most important part in fighting against COVID-19 is the domestic capability of nations and their resources to protect internal stability. The countries that do not have such capabilities could be on the edge of insecurity domestically.

It is hard to imagine that the most powerful state on earth could not control the spread of COVID-19; in fact, that is what is currently happening. The American health system could very well collapse under the weight of the pandemic. The Americans have invited doctors globally to take part in its fight against COVID-19. What the recent events in the U.S. have shown is that being a political, economic and military power does not mean that the country can fight this threat on its own. In addition, the weakness of the American social state has been exposed.

What I am trying to show is that there should be a system that includes all paradigms equally, from education to health and research, rather than spending resources and time on one sector only.

There has to be a system that enables a balance in distribution. The impact of this pandemic will be more than the period following the 2008 economic crisis and remain as a lesson for all decades to come.

The losers will be both the U.S. and China. The U.S. has been accused of being selfish and late in responding to the pandemic while China has been accused of hiding information and the initial spread of the virus. However, this does not excuse the tremendous xenophobic attacks on the Chinese people.

The middle and smaller nations prefer a collaborative approach. Even countries such as Vietnam have been able to send thousands of medical equipment items to a near-superpower, England, while Turkey has tried not to reject any calls from others.

Turkey is doing well in terms of the precautions taken by the related authorities. The importance of domestic capacity is well understood by the ruling party leaders and the bureaucrats.

Turkey should be able to keep pace with the demands of the 21st century. We understand that technological and biological development is necessary for the future. Besides that, it is also significant to keep all necessary paradigms in line. Over the last 15 years, thankfully, Turkey’s health sector has transformed while education has taken a step back due to many changes in the system.

Turkey has been providing huge incentives and opportunities for growth in many sectors but these great packages should have a result-oriented monitoring system. Turkey’s only problem with keeping pace in global technology, biology and other futuristic sectors is the lack of knowledge and a lack of components in the international market such as branding and marketing.

Values in the future

The other phenomenon that could affect the world in the aftermath of COVID-19 may come from a religious perspective.

We used to hear, read and see an increase in people who say they do not believe in any God over the last few decades.

Will this virus turn people toward religions? Will people have stronger faith in their religious beliefs? Will we see more moral, conscious, respectful and tolerant people toward nature and each other? Will these values change the course of international politics?