The superman of the West fails to curb outbreak 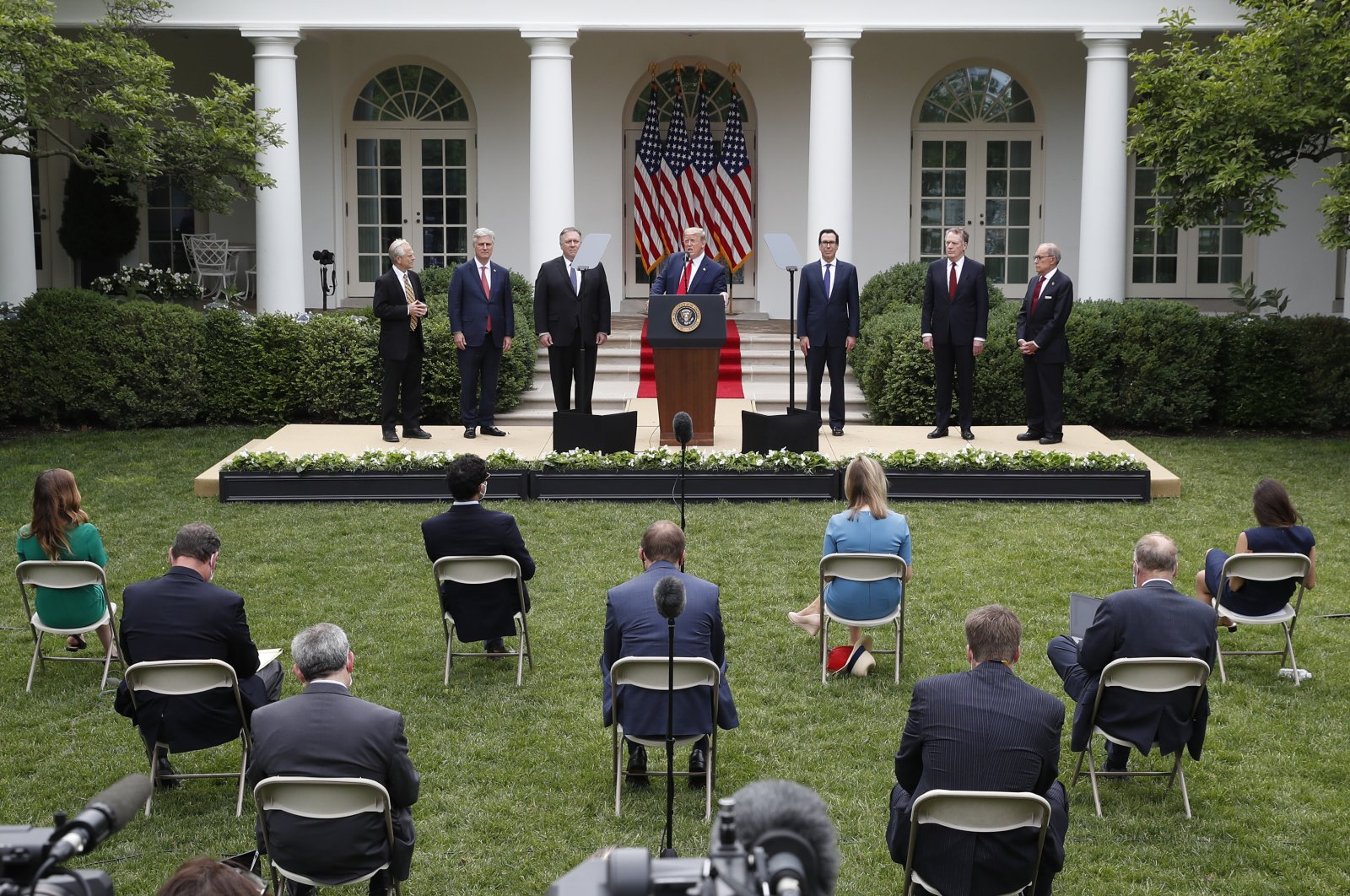 There is no one single definition of a failed state. However, there are certain paradigms that lead to the collapse of a state, and these paradigms include an uptick in crimes, violence, panic and poverty. These paradigm shifts may come from either internal or external factors and sometimes from both. In the end, a state could be considered "failed" when it is unable to carry out basic functions such as education, health, security and governance. A failing or failed state could also require intervention by other nations through humanitarian assistance programs. In short, there are many different ways in which a state could fail and at the same time, there are different determinants that cause a state to fail.

There are several indicators from political, economic and social perspectives used in categorizing a state as having failed. Over the last decade, the number of failed states has only increased. Some examples of failed states are Yemen, Iraq and Syria in the Middle East, and Niger, Chad, Nigeria and Sudan in Africa. Unfortunately, the common feature in those states is that there is no national unity.

In Yemen, Iraq and Syria, there are many groups fighting to dominate the others. The ongoing battle between the Houthis and the Yemeni government contributed to Yemen’s classification as a failed state. It is the Yemenis who suffer due to the lack of a fully functional government and the lack of basic needs and services due to the ongoing conflict. Therefore, it could be that Yemen is a failed state due to a lack of authority over its land and people in the political, economic and social dimensions. As a result, millions of Yemenis have been displaced both internally and globally.

Syria and Syrians also share similar consequences of the continuing internal conflict. Between 500,000 and 1 million people have lost their lives, with millions more people displaced by the genocidal attacks of the Assad regime. There is no central government controlling all parts of Syria, and a majority of Syrians are in need of basic goods and services. Syria is considered a failed state due to its inability to control its entire territory and inability to provide basic services to its citizens.

The failure of the U.S. could be explained within the framework of insufficient services given the case of the health care system and its management.

What we see in the U.S. is a failure to protect its citizens from the COVID-19 disease and a lack of sufficient health care, the latter being one of the most essential services to its people. Currently, the pandemic is spreading in the U.S. faster than anywhere else in the world. There are over 6 million global cases of COVID-19, with almost 2 million cases in the U.S. Over 600,000 people have recovered while the death toll stands at over 100,000. What makes the situation identical to the other cases of failed states is the need to solicit help and the lack of management. Even countries that were once considered to be failed states, such as Turkey and Vietnam, are performing better in curbing the spread of COVID-19 than the U.S.

In the fight against the virus' spread in the U.S., it is the medical workers who have sacrificed the most. People all over the world are appreciative of what these brave medical workers have been doing. In the U.S., however, the bigger question is who would be presented as the heroes in the post-COVID-19 era after the November elections: the Republicans or the Democrats? And, what is the price that the American public would pay?

It is well known that the American military receives the bulk of its funding from the budget, to the tune of over $700 billion. This makes Washington the biggest spender in militarization globally. In comparison, China’s budget is a little over $250 billion, and Russia spent about $60 billion in 2019.

Some of the many questions that need to be asked are how were almost 2 million people infected in the U.S., and why has the U.S. government failed to curb the virus and protect its citizens? Will this pandemic lead to the formation of a third party and push people to seek options other than the Republican Party and Democratic Party?

Is it really time for a power shift from the West to the East?

Americans, who have often depicted themselves as advocates of democracy and human rights, are failing at home amid the spread of the coronavirus. Even now, there are thousands of American soldiers, military equipment and ships that are sailing through the seas with the professed goal of bringing human rights and democracy to every corner of the world.

However, what is going on in the U.S. itself has resulted in the failure to curb the spread of this virus and to respond to it when it was first identified, before it became a full-blown pandemic. Americans are left dying by those who manipulated them and the rest of the world. These include people such as U.S. President Donald Trump who mused publicly and on a live broadcast to the entire world whether disinfectant could be injected inside a human body. He said this at a time when millions of people are suffering from the disease. His irresponsible words angered people, especially doctors who had to explain to the American people and the world that injecting such a thing would not cure the disease.

Recently, Trump revealed that the U.S. would be pulling funding of about $450 million to the World Health Organization (WHO); as a result, China – which provides $30 million to $50 million to the WHO – and many other countries would increase their funding. Right now, America is suffering while dealing with the virus, while China is seemingly moving slowly toward normalization. China has begun focusing on world health policy by selling and sending medical equipment and doctors to other nations.

The older supermen of the West have failed to curb the spread of the virus. The U.S. and the West have failed to counteract this new global threat, which may be a sign that the time has arrived to share their power. Personally, I was expecting China to take majority control in funding the WHO amid American threats. However, $30 million to $50 million is nothing compared to the Americans' usual contribution of $400 million to $500 million for such a growing power. Or, it could be that China may have a plan to form a new WHO like it did in the financial field.

Personally, I do not believe the world is ready to accept Chinese domination, and this is more reflective of the fact that China is still an unknown region for the world and there are great misperceptions and biases against its system and leadership. It could be said that it is not easy to adapt to new situations all of a sudden, and this can be said about any nation. I wonder how the world system will move from a system of globalization to nations acting on their own – the latter possibly causing much regional or global turmoil. The current globalized system is one that all countries have adopted and depend on. However, there are many nations that are not happy with the current leadership of America under the Trump administration. The question that needs to be asked is, how would the U.S. regain its alliances after Trump, with the promise of protecting mutual interest?

What if the U.S. adopts a new distinct foreign policy that consists of approaching and persuading polar opposites such as Iran or Cuba? This is something that could occur, and one needs to look back to the 1970s during the times of rapprochement between the U.S. and China. The U.S. should back Turkey against terrorism, persuade Iran and Cuba to normalize relations, as well as show respect to its allies across the globe such as Turkey, Japan and South Korea.

The only thing that will help the U.S. maintain its supreme power is by revolutionizing its relations with its allies. On the other hand, China’s soft policy, such as its panda diplomacy, are impacting nations but cannot be permanent. Nations that love, fear or have certain common interests would side with the U.S. On the other hand, China still lacks the political, economic and social paradigms to offer or attract others. The only attractive factor of China, for now, is in the economic interests, where most countries have a visible gap when it comes to trade. So, to tear away countries from the American pole and bring staunch political, economic and social paradigms to China would be difficult but not impossible. China would have to use its eventual economic superiority wisely.