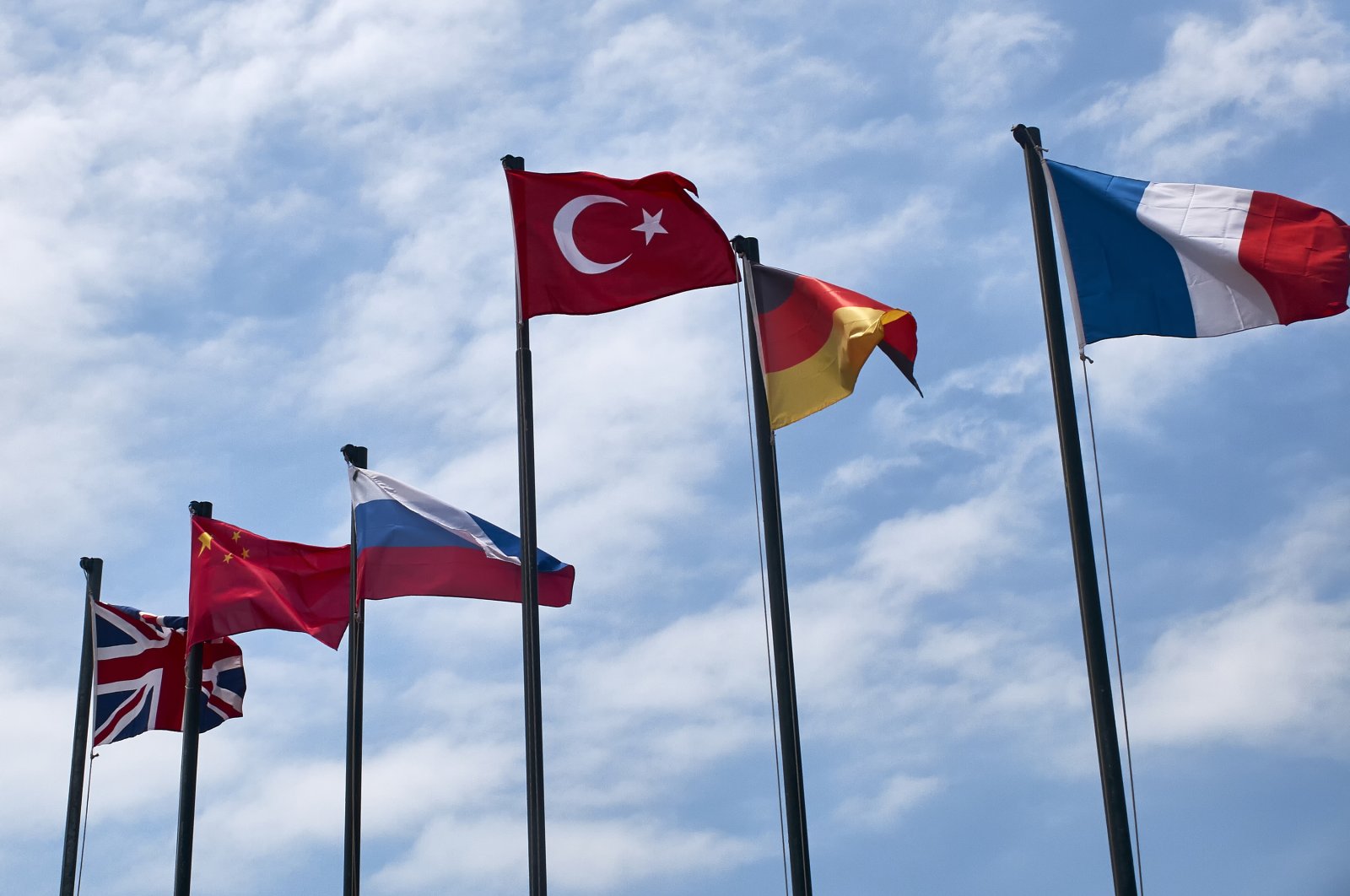 Stances on the Western-led liberal order is what differentiates Turkey from other rising powers in the world. (iStock Photo)
by Tarık Oğuzlu Jun 27, 2020 12:05 am
RECOMMENDED

Despite a scaling down in Turkish foreign policy since 2016, particularly in parallel to rising security anxieties at home and due to the worsening security environment in the Middle East, Turkey’s growing appetite for international agency and visibility has already passed the point of no return. Even though current economic problems and increasing security anxieties appear to somehow limit Turkey’s foreign policy ambitions, many Turkey observers share the view that Turkey has already become a rising power that aspires to play influential roles in its neighborhood and all over the world. Turkey’s ongoing activism in Syria, the Eastern Mediterranean and Libya as well as the growing appetite to play credible roles in regional and global governance attest to this. Turkey’s global activism in the context of defeating COVID-19 is another vindication of its unsaturated ambitions.

Similar to many other middle-level rising powers, Turkey is presumed to be determined to help bring into existence a new world order which would be more representative of the current distribution of power capabilities across the globe as well as reflect its norms and preferences. However, analysts would also do well to highlight that Turkey has long been a member of the Western international community, and Westernization or the Europeanization processes continue to shape Turkey’s ongoing identity transformation. Turkey’s decadeslong interaction with Western powers within existing international institutions should always be taken into account in assessing how Turkey locates itself in the emerging world order.

Unlike many countries that challenge the liberal international order from a revolutionary perspective, Turkey has been a member of NATO since 1952, and Turkey’s attempts at becoming a member of the European Union date back to the late 1950s. The modern Turkish republic has been founded on the basis of the idea that for Turkey to become a legitimate member of the international community and to feel secure, Turkey’s presence in the West needs to be ensured, and the Western or European credentials of Turkey’s national identity need to be recognized by Western powers themselves. Therefore, Turkey’s alleged challenge to the current international order should be seen as a challenge from within the Western block.

Similar to many traditional middle powers, Turkey does not challenge the fundamental norms and values of the current international order built by Western powers in the immediate aftermath of World War II.

Common to such countries was their determination to help mitigate the negative consequences of the bipolar security environment during the Cold War and contribute to the smooth functioning of the existing system. They all strived to do what they could to help soften the tension between the liberal-democratic Western camp on one hand and the socialist-communist eastern camp on the other. They helped mediate conflicts around the world so that they did not escalate to the systemic level. These countries still act in the same manner as a new Cold War is taking shape between the United States and China. For example, Japan, Germany, Canada, Australia and some other middle powers have lately increased their efforts to help avert a geopolitical catastrophe across the globe as well as ensuring that the liberal international order is still maintained. Turkey is no exception in this regard.

It is for certain that Turkey today wants to play more influential, regional and global roles. Inheriting an imperial legacy, experiencing dramatic improvements in its power capabilities, observing a multipolar world order emerge and being situated at a borderline position between the East and the West, Turkey is surely more resolved than traditional middle powers to work toward the emergence of a new international order. However, its decadeslong institutional bonds to the Western international community appear to have softened the revisionist color of Turkey’s foreign policy activism.

Despite Turkey’s ambiguous position within the West, particularly concerning the existing objections to its membership in the EU as well as some misgivings about Turkey’s strategic orientation within NATO allies, there is a fundamental difference between Turkey and other rising powers in the context of their approach to the Western-led liberal international order. Unlike others who appear to work for the emergence of a China-centric international order or a league of autocracies, Turkey argues for a fair distribution of privileges and accolades within existing institutional platforms, reflecting its rising material power capabilities and irreversible democratic credentials. Turkey is entitled to speak from within. I think this point should be given its due by Western circles who are lazy enough to jump to hasty conclusions about Turkey based on some conjectural quarrels within the family. No matter whether U.S. President Donald Trump is reelected or Joe Biden becomes the new president, Turkey's relations with the United States should be rebuilt on the basis of Turkey's unique identity. This logic equally applies to Germany and France, the two heavyweights of the EU, in crafting the future trajectory of the European Union in the emerging post-Western international order.