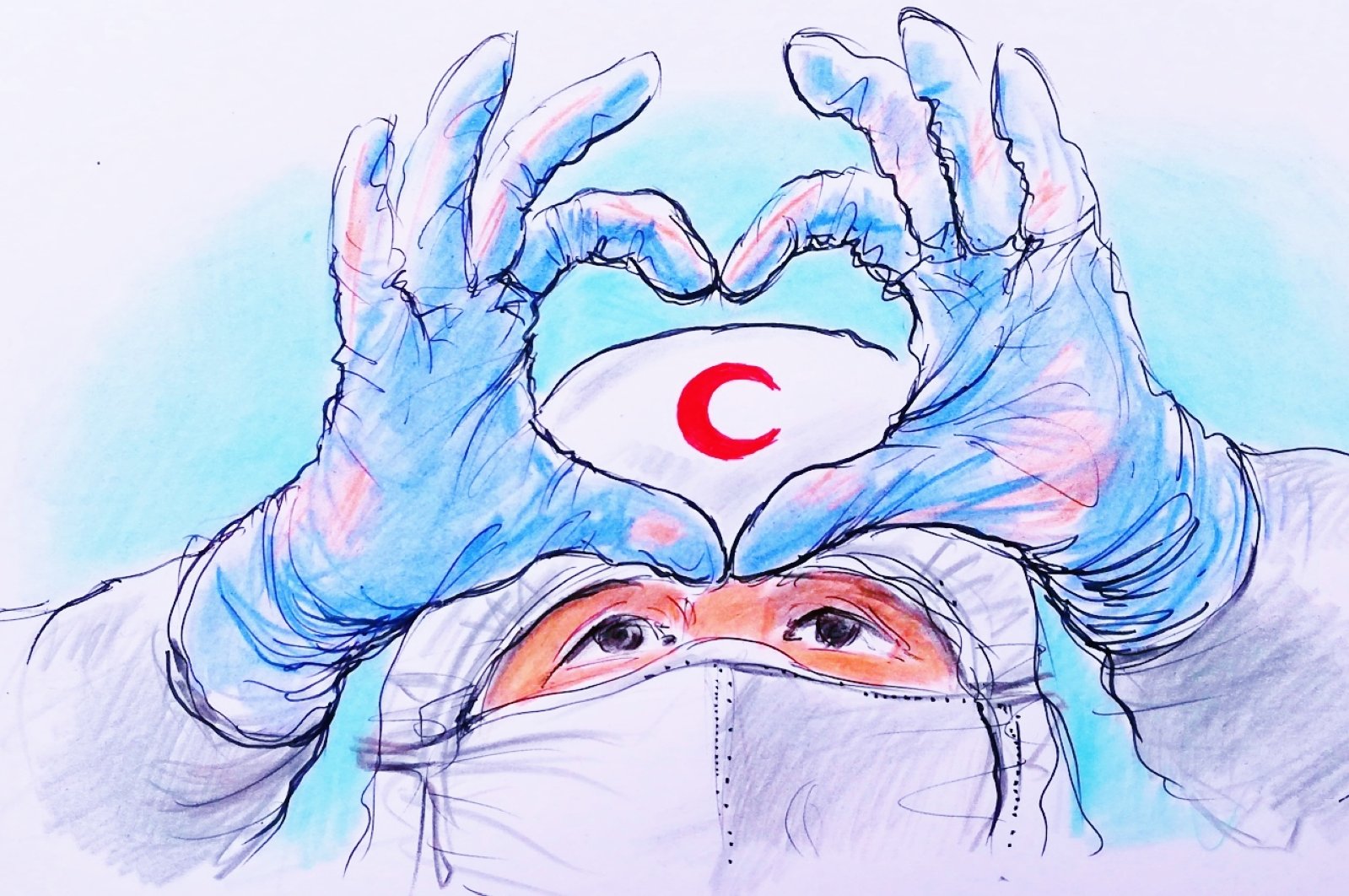 The presidential government system that was adopted by Turkey in June 2018 under the leadership of President Recep Tayyip Erdoğan is providing significant advantages nowadays to the Ministry of Health’s fight against the coronavirus. It has been clearly seen by now how fast the system functions and allows for quick decision-making, and how effective a competent professional recruited from within the health sector can be during a critical period. The gains from investments in the health care industry that have been made since Erdoğan came to power in Nov. 3, 2002, provide a dynamic infrastructure these days in the fight against the virus. There is an advanced infrastructure in terms of both staff and physical conditions. Combined with the capabilities of other institutions, the transfer of Turkish citizens abroad to Turkey with fully equipped aircraft in particular and the regular provision of information to the public on compliance with the rules enabled a wide consensus.

Health Minister Fahrettin Koca has put up quite a good performance in grappling with the coronavirus crisis by managing this infrastructure adeptly, while also making use of his own professional background. Besides monitoring the treatment processes and providing the required equipment, Koca also called on citizens to applaud health workers at 9 p.m. on three consecutive days, a move that proved valuable for their morale and motivation. The scenes from balconies and windows of countless houses have both motivated health workers and created a common sentiment in terms of owning such a social problem. After watching the applause, a health worker commented in a social media post, “I have had the same feelings back when I got my diploma; thank you so much,” showing that the minister’s call touched people’s heart.

Koca informs the public every evening before the cameras about the country's fight with the coronavirus in a news conference or through posts on his Twitter account. Koca held a news conference at 12:30 a.m. to announce the first confirmed case in Turkey, preferring not to delay that announcement to the next day. Minister Koca has maintained this stance in the following days as well, continuing to share all the information he had with the public as a sign of transparency.

Those who follow the press briefings that Koca gives to make announcements would realize that as a principle he thanks the press members at the beginning of every address and repeats this two or three times during his speech. Another element standing out in these press briefings is the 26-member Coronavirus Scientific Advisory Board, which was set up by Minister Koca on Jan. 6 and is regularly mentioned by him during his briefings. The Scientific Advisory Board members’ vigorous efforts to inform the public by appearing on different TV channels have also helped prevent disinformation. Despite that, however, it cannot be said that disinformation was fully quashed since this is a very dynamic process and there are groups, people and organizations that follow their own agendas and pursue their own interests.

One of the focus points in crisis management is to ensure communication and governance within the related organization. The stronger the organization is at its core, the greater positive energy it gives out. Consequently, problems are overcome more easily. Therefore, for an organization to achieve its goals, every single member, from the highest executive to the lowest-level employee should concentrate on the same goal with similar motivation. In line with this principle, the minister frequently communicating with health workers and ramping up interaction is important for sustaining motivation over time. In a bid to refute claims posted on some provocative social media users disguised as health workers that “there are not enough medical supplies,” the minister declared “if there is any health facility or health worker lacking equipment, the staff there can directly contact me.” The message shows that the ministry is monitoring its supplies and is following the process in its entirety.

Like many other fields, health care is not just a technical issue. In fact, no field touching human life should be approached on a purely technical basis. Koca could hardly suppress his tears when announcing the death of Dr. Cemil Taşçıoğlu, the first health care professional to die from the coronavirus, during a press briefing. Again, President Erdoğan’s decision to name the renovated Okmeydanı Hospital after Taşçıoğlu was a good example of responding to the social sentiment in communication management.

In this process, one of the successful examples of health communication is press briefings. The fact that reporters from every media outlet, whether partisan or unaffiliated, can attend these briefings shows how self-confident the ministry is as a source of information. Though in these briefings some reporters demonstrate attitudes that are incompatible with the spirit of the process, Minister Koca makes sure he answers all questions patiently. Indeed, in one instance when a correspondent from BBC Turkish curtly said, “The next time, put microphones on tables,” the minister unperturbedly replied “Sorry!" The minister received appreciation from all that an unpleasant attitude of a reporter was patiently handled during such a sensitive process when everyone is worried about their health and trying to find a way out of this ordeal.

Although the process is managed in a transparent manner, a distortion of the facts is not absent. Three cases stand out as representative of many others. Independent Turkish, a news website in Turkish that is backed by Saudi money, has shared Minister Koca’s remarks on its social media accounts in a way that suggests different meanings. Independent Turkish quoted Koca’s statements about the number of planned tests as a positive development, by selectively picking out his remarks. Koca’s original statement about the number of tests to be done, “We will be doing some 30,000 tests a day by the next week or in 10 days,” was quoted in such a way as to create a different impression. The post on its social media account led readers to think that the minister’s statement suggests “the number of deaths will reach this level,” which is an outright distortion.

Another example was from Halk TV, a channel that is affiliated with the main opposition Republican People’s Party (CHP). When Minister Koca’s statement that “601 health workers tested positive for coronavirus” was shared by Halk TV as the caption “601 health workers died from the virus,” there was a huge reaction from the public.

The news website Oda TV, which comes to the fore frequently with fake news and targeting of people, has employed similar language in its reports about Minister Koca. Oda TV has used a discriminatory language by directly targeting the minister’s religious beliefs in its report.

So, despite such blatant distortions, Minister Koca invites all media outlets to his press briefings and shares official figures with them. Koca’s remark that “The problem is global but the fight is local” gives us the most important reason behind this – everyone is doing their best to fight this pandemic and staying away from politicking is the highest priority here.

After all, it’s been a long time since the fight against the coronavirus ceased to be solely a health issue. It is described as a milestone in a lot of areas ranging from security to economy, from education and politics to international relations. There is even the talk about the pre- and post-coronavirus world. The main justification here is that the countries considered as superpowers, which were expected to put up a strong reaction against the virus, either proved incapable or failed to meet expectations. As the wavering of the United States and the United Kingdom was coupled with the European Union's feeble and incompetent response, it turned out that actually there exists a huge difference between appearance and reality across the globe. The tragic scenes from Italy, France and Spain have exposed the defects in the management of the process. The picture that has emerged so far shows that Turkey is more successful than other countries in handling the process. The systemic failures observed in Western countries also render Turkey’s stable outlook more valuable. The ground provided by the presidential government system, citizens’ trust in the state, and Minister Koca’s successful crisis management and communication play a big role in this.