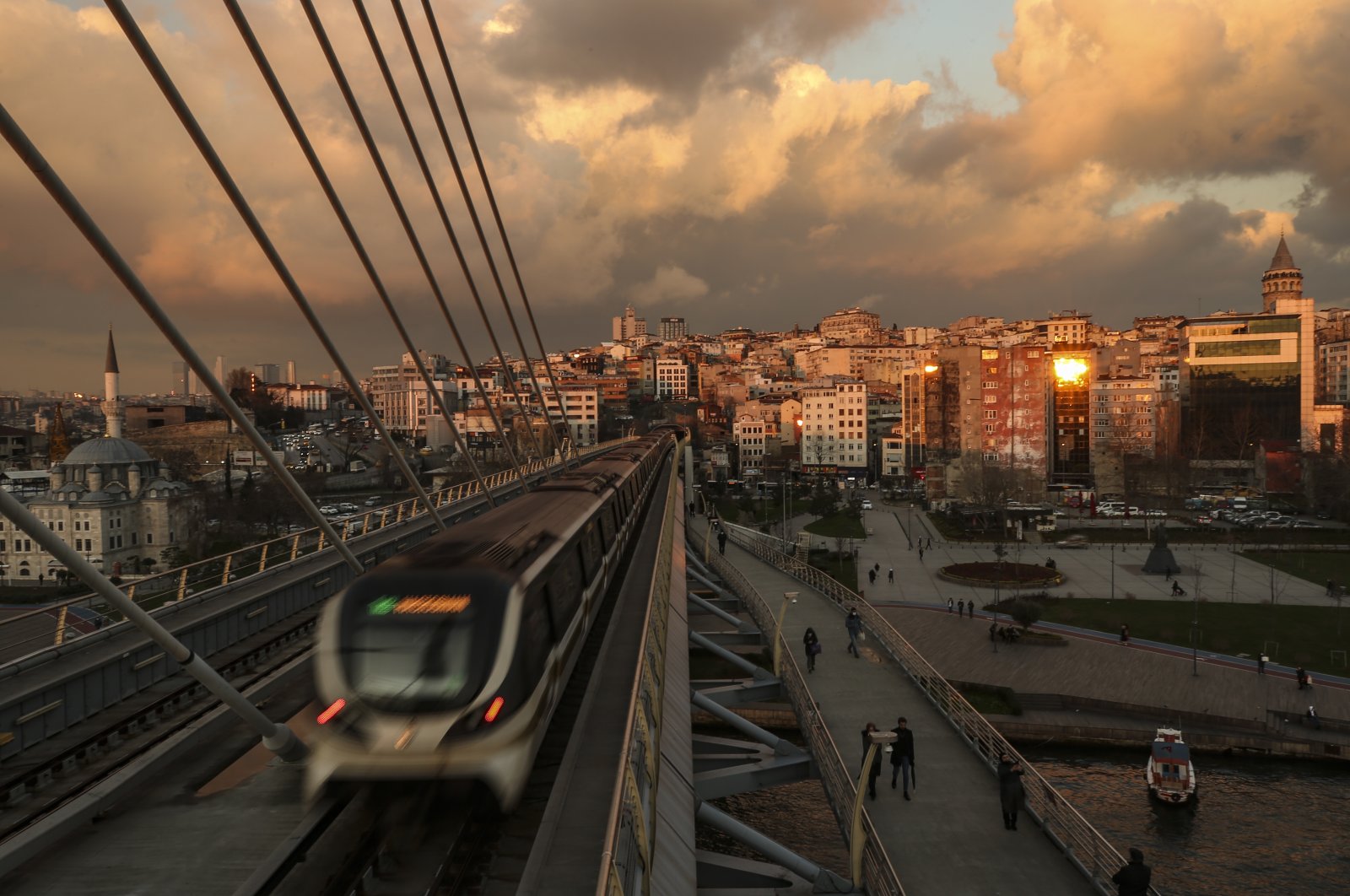 When in May of last year the European Bank for Reconstruction and Development (EBRD) announced that the Turkish economy would see 6% growth in 2021, much relief was felt in both the financial world and the political world.

In its macroeconomic outlook of that month, it was, of course, mentioned that due to the coronavirus pandemic, domestic and external demand would cause the gross domestic product (GDP) to shrink by up to a total of 3.5% in 2020, according to the bank.

Yet, while it was expected to be the same in the wider European region, the remarkable figure was its growth forecast indeed, putting Turkey ahead of most other nations among EBRD donors and recipients.

The EBRD announced that due to the ongoing coronavirus situation, its May outlook had to be revised downward. Fair enough: its average contraction of 3.5% across its member countries would now stand at 3.9% with an average bounceback of 3.6% during 2021.

A number-crunching rollercoaster indeed, but please, remain seated – even with the revised data, the EBRD continues to expect the Turkish economy to remain the shining star at the end of the pandemic tunnel with a remarkable 5% growth forecast.

The question on everyone’s mind is, is this is a realistic scenario given that the new mutation of the coronavirus back in October had not yet been discovered?

The bank explained that the major reasons for this year’s negative figures are the result of the fall in external demand and an ensuing decline in the country’s exports. Furthermore, supply chain restrictions hurt the services and manufacturing sectors (Oct. 1, 2020, EBRD official statement).

Hence, besides domestic market developments in particular, the export factor has to be examined more closely in order to come to a first assessment of whether the bank is too optimistic or whether there is even scope for additional growth.

Small- and medium-sized enterprises (SMEs) are often referred to as a fringe occurrence and do not necessarily feature prominently in academic research either.

One gets the impression that “they are simply there,” but few really understand their internal dynamics.

SMEs are not only micro-family businesses but as the current definition for Turkish SMEs explains, may employ up to 250 staff and achieve a turnover of TL 125 million ($16.8 million) in that latter medium category out of three such categories – micro, small and medium enterprises, according to size.

A micro SME may employ up to 10 people with a maximum turnover of TL 3 million while a medium SME can hire up to 50 employees and have a balance sheet of up to TL 50 million.

The Union of Chambers and Commodity Exchanges for Turkey (TOBB) further details that at present the estimated 3.5 million SMEs account for 99.8% of all registered business entities representing 73.5% of the nation’s labor force.

SMEs have a share of 62% of Turkey’s GDP, but the really surprising figure is this one: they already account for 55% of Turkey’s exports.

Thus, observers must change their viewpoint about what SMEs are able to contribute to the Turkish economy.

And above all else, and with all due respect, the term SME does not reflect only on the corner shop or a very small manufacturing business geared at a limited local market.

Far from it – ever since the government began a project referred to as “Turquality” launched 16 years ago, everything for SMEs changed for the better. The project name stands for a very practical combination of the words Turkey and quality.

Ankara kick-started SME support schemes, and banks began to offer extended credit lines with a view to stimulating the economy so that Turkish businesses would invest in innovative goods and products and services and provide better quality to domestic customers.

However, this was not the only goal: Turkish SMEs would begin to take on the world of exports. Rather than being a supplier of less valuable parts, they should be a manufacturer of top-class end products.

That approach led to a phenomenal rise with regard to Turkish SMEs’ share of exports: from a meager 10% early in the new millennium to well over 50% by 2020.

This brings us to the next observation: If the Turkish economy is geared toward higher export volumes in the post-pandemic era, it is not enough to reserve this part of the economy for the big players.

In order to recreate a stable financial environment, it is absolutely vital to make certain Turkish SMEs stay in business and are not forced to close as is the case in far too many other European countries.

Turkish SMEs (and in this case, we would want to look closely at the medium segment of SMEs) have completely diversified their business undertakings. We see economic activity in such varied sectors as medical equipment, chemicals or flour and chocolate.

The point here is that there is hardly any kind and type of economic activity that is not represented by a large number of SMEs, too.

Two of the major exceptions are, of course, the banking sector and large-scale manufacturing.

What can go wrong?

With economic foresight analysis, there is never 100% certainty that unplanned events might not lead to a reevaluation. This happens at the EBRD as it does anywhere else.

What is important to note in this context is that there are some indicators that may lend support to one or the other assumption in a sense that it seems more realistic than others.

As the backbone of Turkish enterprises are SMEs, which employ almost three-quarters of the entire workforce, the government must consider stimulating those sectors which are at risk due to the pandemic.

It is absolutely normal that during ongoing lockdowns high-street trade is below expectations. But what is not to be overlooked is that while the family business is a true Turkish institution, customer loyalty is too.

It is thus expected that domestic consumption will soon return to pre-pandemic levels rather than witnessing a permanent trend away from face-to-face shopping toward online alternatives.

Nevertheless, the really tricky thing with all economic policies is to make certain that products, goods and services delivered by SMEs continue to be of the highest standards so as to conquer international markets, as only surviving with healthy domestic market demand is unsustainable.

In order to achieve this, cross-border promotion and lobbying are absolutely vital tools for exploring and sourcing new and promising markets.

Recently a free-trade agreement was signed between the United Kingdom and Turkey, which was the first post-Brexit deal of this kind.

While it is, in principle, a continuation of existing trade relations, it underlines that especially during a crisis, business communities must join forces and try to stem the tide.

It shows as well the high level of trust, as is expressed by British authorities and enterprises, in the Turkish economy.

Investor confidence is one of those key indicators mentioned earlier in the article that allows for more accurate economic foresight analysis. And in the case of Turkey, this implies investor confidence both at home and overseas.

A growth rate of 5% already in 2021 is not impossible; the key question will be, at what level would it become a sustainable figure, and will continuous growth once again be possible?

As Turkey prepares for her centenary in 2023 and major investments are in the pipeline, it is most definitely not an unlikely scenario.