Two lessons to be learned in coronavirus outbreak 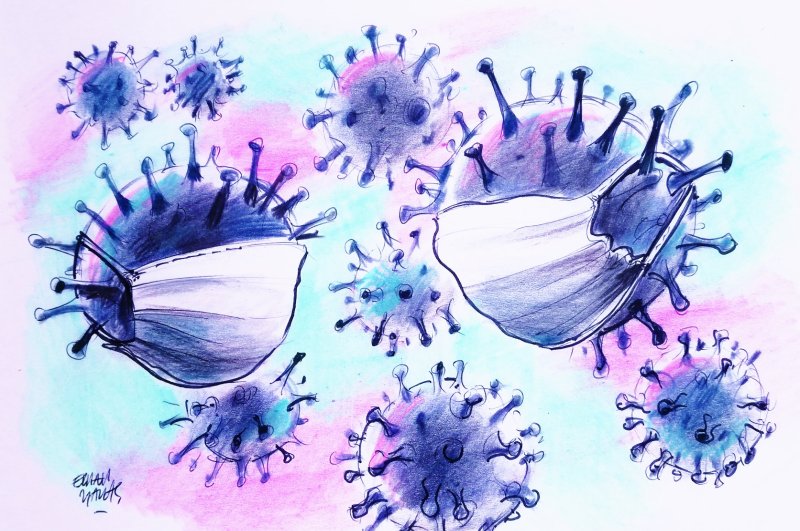 According to the World Health Organization (WHO), coronaviruses (CoV) are a large family of viruses that cause illness ranging from the common cold to more severe diseases such as Middle East Respiratory Syndrome (MERS-CoV) and Severe Acute Respiratory Syndrome (SARS-CoV). The novel coronavirus (nCoV) is a new strain that has not been previously identified in humans; the current strain that has caused a possible pandemic has been identified as COVID-19 by WHO. For further information on symptoms and measures to take to prevent the disease from infecting other individuals, it is useful to visit the WHO website.

The spread of the coronavirus has incurred humanitarian, economic and social costs, and we are only beginning to understand its impact on other areas. There have been many experts who have been providing explanations and estimations on the impact of this deadly and transmittable virus which may continue spreading for the next several months. For example, according to Bill Gates, this virus could kill over 10 million people. It is because of this reason he committed $100 million to the fight against the coronavirus.

Over 2,500 people have lost their lives, while over 75,000 people have been affected by the virus with over 1,000 coming from outside China. Countries around the world canceled flights to and from China as a measure to prevent its spread. However, in addition to its rapid spread from Asia to Europe and to America, the virus has shown its ability to evolve. In China, over 70 million people have been placed under quarantine while other countries initiated rescue operations for citizens residing in China.

This virus has caused new global xenophobia against Chinese people. There have been articles in newspapers and programs on TV channels where people around the world insult and attack Chinese and Asian-looking people. This has created friction between Asia and other parts of the world.

One of the economic costs of this virus to China has been a disruption in its ability to supply goods to the rest of the world for several weeks. The country is still not able to use its full capacity for production, which feeds global economic growth and development. It can be seen that a single problem in this particular production chain has real implications for every single country, whether a superpower or a third world nation. Imagine if big companies like Apple and Nissan are delaying or shutting down production; what would happen to the smaller companies if the virus keeps China locked out from the global market? We know that Asian countries will be affected the most in economic terms, particularly South Korea, Hong Kong, Thailand, Malaysia and Japan. Thailand, for example, will collect less revenue from Chinese tourists. Even nations such as the U.S., Russia and Germany would be affected.

A lesson for global manufacturers

The requirement to diversify production to different nations rather than to depend on a single "workshop" – China – is a must in order to achieve true globalization and risk minimization in the future.

The current coronavirus outbreak has shown that global companies should diversify their countries of production. It is indeed true that producing goods in China is cheaper, but any internal problem could very well become a global problem; eventually costing more than what is economically viable. Therefore, it is a prudent and wise step to shift investment projects to other countries as soon as possible. I call it “win-win like a sun" for the wellbeing of humanity in all aspects. In terms of handling uncertainty in production due to external factors, as in the case of the coronavirus, it helps to have a balance in production.

I contacted several companies in the health sector where demand for equipment such as masks and protective coveralls has skyrocketed. As a result, and due to dependance on China to supply a majority of global goods, prices have increased globally. One such example of this unfortunate situation is that the price of a simple face mask increased from $0.50 to anywhere between $1 to $2. Manufacturers are trying to fill orders for millions of masks with a very limited capacity. And the demand for masks keeps growing daily.

This is a lesson for global manufacturers to consider diversifying their production lines to other regions. This way, there would be a balance of supplier power in unexpected situations such as the spread of the COVID-19 virus.

A lesson for Chinese regime

I wish and pray that China and the rest of the world can overcome this current epidemic as soon as possible. This epidemic has shown that the Chinese regime needs to learn lessons from the current situation and how it has affected the country’s wellbeing and beyond. The government must realize that there should be a revitalization in many sectors such as the economy and in society in order to be recognized as a global economic power.

The world still remembers the atrocities, invasions, occupations and colonizations perpetrated by Western powers. At the same time, China is viewed by other nations as the one who oppresses its own people, willing to kill its own citizens who do not agree with the government and assimilating power within its own borders. It has been the initial lack of information from the Chinese regime and its initial unpreparedness in fighting the epidemic when it was diagnosed for the first time that has created shock, distrust and disappointment across China and the world. How could an economic power move so slowly on something that would affect the Chinese people and affect others around the globe? This situation is pushing people to ask how China would deal with the world if it ever becomes the greatest power on Earth. In this time, it should be remembered that money is not everything, that it is the health of people around the world that is most important.

Over the past few months, ever since the epidemic spread around the world, Chinese people have been subjected to racist stereotypes and acts of xenophobia such as hate speeches. There have been those who refer to Chinese people as bat, snake, and rat eaters, while others see the spread of this virus as karma due to the Chinese regimes’ unethical and immoral fight with Muslims and Christians within China. In this regard, the detention of 1 to 3 million Muslims in indoctrination camps and the crackdown on churches have been labeled a way of shunning everything the Chinese government sees as alien. There have been multiple reports of what has been happening to Muslims and Christians in China, and these very same reports have been strenuously denied by the government.

In the last few days, leaked data has shown the lengths that the Chinese Communist Party is willing to abuse its power against Muslims. One such example has been illegally arresting people without any reason, which is unacceptable according to international rules and humanitarian principles. This is one of the many reasons why a majority of people, especially Muslims and Christians who feel sympathy toward their oppressed brothers and sisters, are furious toward China. This should not be the way to handle differences in the country. The Chinese government must be encouraged to view the humanitarian perspective as being more valuable than the economic one.

I again repeat that we should not generalize and put all Chinese people in one basket. I watched a video of Chen Quishi, who informed the world about the ongoing virus in tears. He said, “in front of me is the virus and behind me is legal and administrative (side) of China.” The stance of the Chinese regime toward Dr. Li Wenliang has been very sad. Instead of being appreciated and named a hero, he was threatened by Chinese officials. In the end, he lost his life to the virus. He revealed that China hid the virus outbreak for two weeks instead of asking for a global stand against the epidemic; this was what initially sparked internal and global panic. Those who are sacrificing themselves for saving people infected by this pernicious virus, such as doctors and nurses in China, Philippines, Malaysia, South Korea, Japan and other nations, should be appreciated the most by people.

People around the world are angry at China over the issues mentioned above. These feelings go beyond nationalism and religion, instead, they are based on the view that the Chinese government should focus more on the humanitarian aspects of what is happening. In such a short period of time, peoples’ perception of China is becoming increasingly negative in terms of their humanitarian efforts. At the same time though, there are those who could not help but applaud China for its economic success.

What we have witnessed recently are calls from Chinese officials, including Xi Jinping, to fight the virus collectively. They explained that it is not helpful to take sides between the West and China in this crisis, especially since there are points and principles that people agree and disagree on. Personally, I am against blindly attacking China and Chinese people and believing all Western sources without concrete evidence and vice versa. Additionally, I hope that China and Chinese people will comprehend what the Muslims are going through, which are branded as "educational camps," in such a destructive experience which is about to isolate China from the world. It has been reported that nearly 800 million Chinese have been restricted from traveling while some countries are considering halting imports from China.

As humans, we have to overcome this issue together. It is time to stand with each other rather than be separated by fear and hostility.