US-China rivalry in Africa and the Djibouti issue 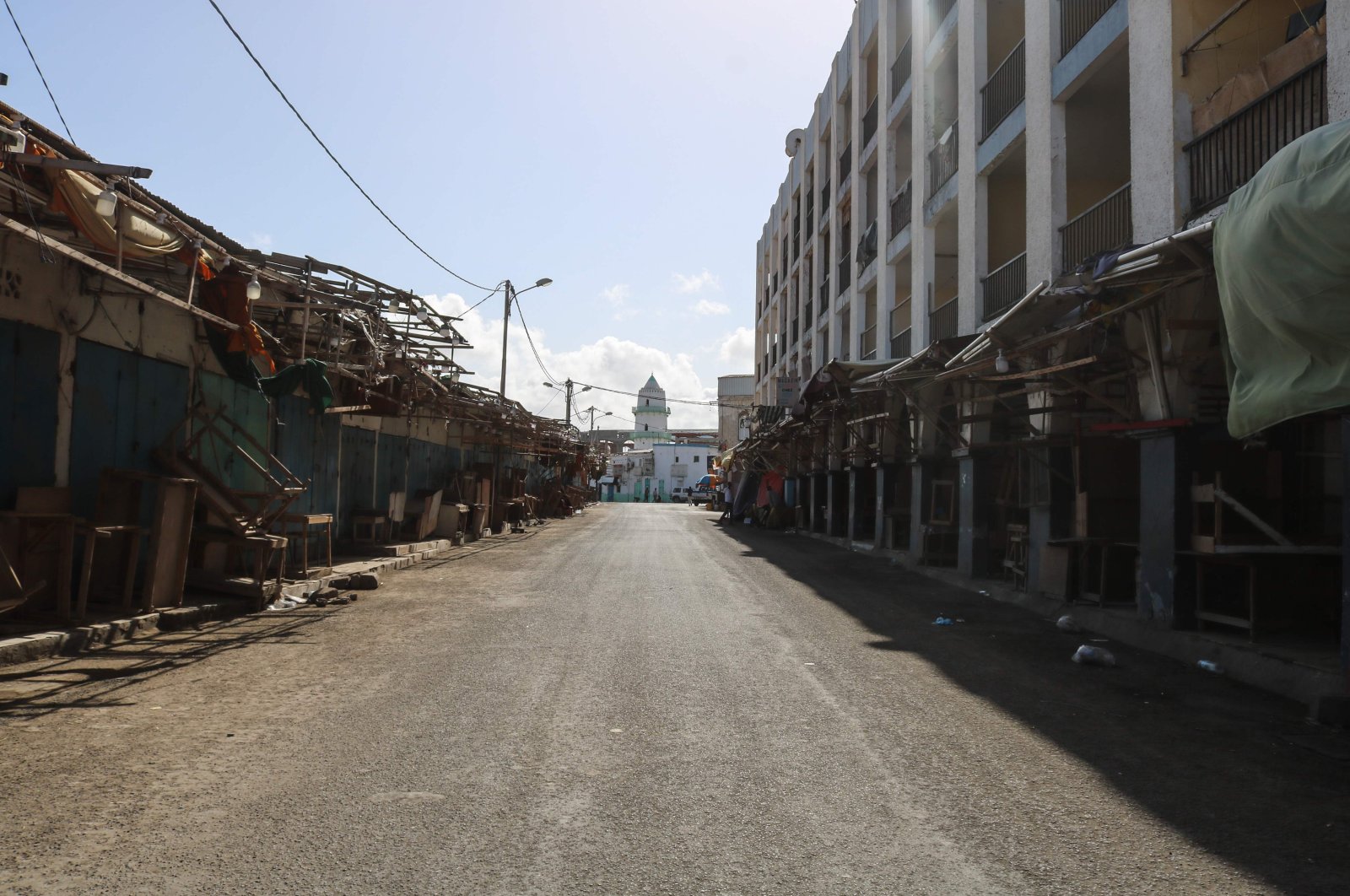 All shops are closed at a clothes market as the government banned commercial activities at essential markets to curb the spread of the coronavirus in Djibouti, March 27, 2020. (AFP Photo)
by Hasan Aydın
Apr 30, 2020 12:05 am

The importance of Africa in international politics is increasing day by day. The characteristics of this continent, such as rich natural resources, investment opportunities in many different areas, the voting power of African countries in international organizations, and its young and dynamic population, attract the attention of foreign actors. For example, 54 of the 194 members who have the right to vote in the United Nations General Assembly are in Africa. This indicates the potential of continental countries to influence any decision that may arise from the assembly.

As another instance, continental countries, where one in every three countries have rich oil and gas deposits, also have valuable natural resources such as diamonds, gold, cobalt, platinum, chromium, uranium and coltan. African countries that discover new resources and reserves attract widespread attention in a world that has a shortage of resources. Therefore, countries that want to be effective in regional or global competition are seeking to increase their influence in Africa. The competition in question reverberates positively on African countries, on the one hand, because it diversifies the number of alternative actors that continental countries can interact with and prevents any one country from dominating Africa. On the other hand, this competition may sometimes affect African countries negatively, as it confronts continental countries with possible manipulations of foreign actors in competition. Although many actors today strive to be influential in Africa, there is no doubt that the race between the U.S. and China stands out and has the capacity to shape both the present and the future of the continent.

The confrontation of interests

The U.S. interest in Africa is directly proportional to the interest of a second actor in this continent. For instance, the Washington administration, whose interest in the continent peaked during the most exciting periods of the Cold War, relatively ignored the African issues after the end of the Cold War. The increase in the U.S.' interest in the continent was made possible by the rising effectiveness of the People's Republic of China in Africa and the announcement of the "War on Terror" policy after the 9/11 terrorist attacks. The Chinese administration, which is an example for other actors who want to be influential in the continent with the China-Africa Cooperation Forum (FOCAC) first organized in 2000, left the United States behind in 2009 and became the biggest commercial partner of Africa.

The most important factor for China to gain traction in its relations with Africa quickly is, unlike Westerners, it does not require any preconditions – such as democracy, accountability, good governance, etc. – from the countries with which it has relations. This situation, on the one hand, has made the People's Republic of China an attractive alternative for Africans; on the other hand, it has resulted in the rise of criticism against China on the grounds that it supports dictatorial statesmen like Sudan's Omar al-Bashir or undermines the continent's economic and political stability. The toughest criticism of China's activities on the continent is the claim that it has heavily indebted African countries and seized strategic assets such as ports, media channels and airports, a move coined "debt-trap diplomacy."

Djibouti, located at the far end of the region called the Horn of Africa, is the country with the smallest acreage in Africa. The features that make this country important for global powers are its proximity to the Middle East, its location on the energy transit roads and its position on the shores of the Bab al-Mandab Strait. Above all, this African country, with a population of about half a million, emerges as the country where the military base rivalry between the states coming from out of the continent is experienced the most. Apart from the U.S., the People's Republic of China, Italy, France, Germany, Uganda, Spain and Saudi Arabia either have a military base in this country or continue their operations to open a military base. Although foreign military bases are met with suspicion and reaction in various parts of Africa, the existing situation is not exactly like this in Djibouti because military bases are one of the important income sources of this country, which uses its geostrategic position extremely well. In addition, the country uses most of its revenue from bases to improve its ports and thus increase its commercial capacity. Also, the politically stable structure of the country is one of the factors that makes Djibouti a point of strategic attraction. As such, maintaining its effectiveness in Djibouti becomes one of the important foreign policy objectives of countries seeking global influence, especially the U.S. and China.

The inevitable rise of the People's Republic of China in Africa and the effects of this rise are also reflected in Djibouti. While the ratio of total debt to the gross domestic product (GDP) in the country was 50% in late 2016, this rate exceeded 100% by the end of 2019. A large part of the debt of this tiny and poor African country consists of debts from China to improve its ports and make various investments. The fact that Djibouti's debt to China is more than it can pay raises concerns about China's debt-trap diplomacy. As U.S. President Donald Trump's former national security adviser John Bolton stated in his speech at the Heritage Foundation in December 2018, this poses an important threat to U.S. interests in Africa. This is because the political control of this country, where the U.S. has a military base, has passed to Beijing or names close to Beijing, while the loss of prestige and influence for the Washington administration, which has about 4,000 soldiers in Djibouti, also includes the risk of disruption to the plans of this country in Africa and the Middle East. Therefore, limiting China's sphere of influence in Djibouti and the continent is a priority for the Trump administration's African strategy. Washington, from this point of view, has accused China of undermining the security and stability of Africa. Undoubtedly, Djibouti is a small but very important country, both in the Trump administration's containment policy and in the China-U.S. competition in Africa.

*Ph.D. candidate at Istanbul Medeniyet University, assistant coordinator at the Association of Researchers on Africa (AFAM)