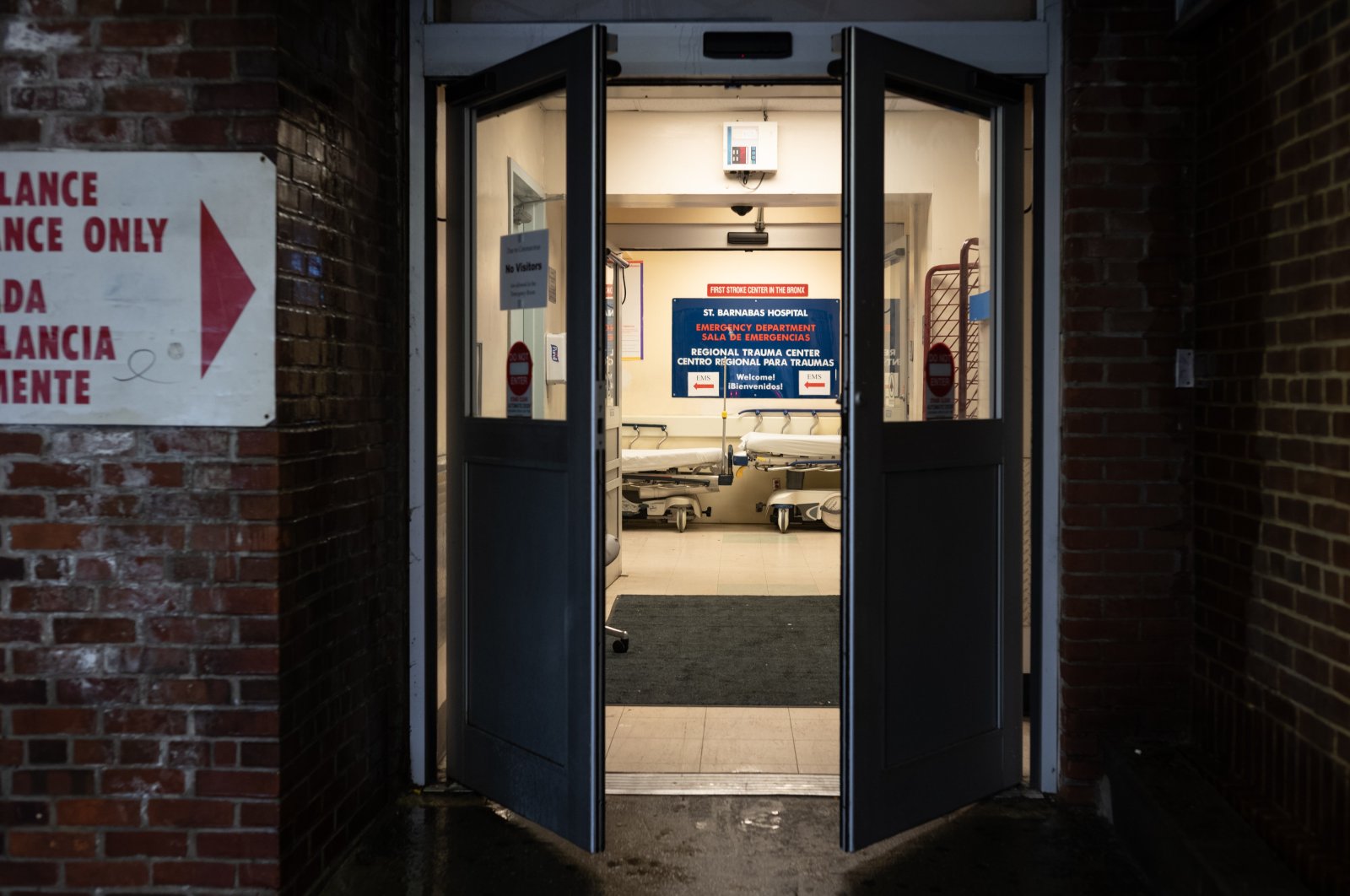 The number of coronavirus cases in the U.S. is increasing every day and has reached almost 45,000. New York is one of the states hit hardest. U.S. President Donald Trump, who was fiercely criticized by New York City Mayor Bill de Blasio, ordered emergency federal assistance for the state this weekend.

Although an emergency relief package of approximately $2 trillion is working its way through Congress, Trump ordered the National Guard to be activated in three states including New York, California and Washington. There is an air of panic and fear in the U.S., where military vehicles are sometimes seen on the streets.

While the country is already late in its fight against the coronavirus, the vulnerabilities in the country's health care system have also become more evident. Recently, an uninsured U.S. hospital patient, who was billed $35,000 following coronavirus treatment, became the focus of the U.S. media. The minimum cost of treatment for a coronavirus patient with insurance is nearly $9,800. Depending on the treatment, this figure can reach as high as $20,000. If you consider that 27.5 million Americans do not have health insurance, you realize how bad the situation is!

Trump is now holding a daily hourlong news conference to brief the public on the situation. The questions on everyone's minds, however, are: When will the vaccine against the coronavirus be ready, and when will this panic end?

Last week, the first test subject, who works as an operations manager for a small technology company in Seattle, was injected with a sample vaccine. It was reported that two doses of the vaccine would be administered to 45 subjects in monthly intervals, and that three more people are already in line for future research. These vaccination tests will take a long time.

This is why it could take a minimum of a year for the vaccine to be ready for the market. Of course, many companies and organizations are also endeavoring to find a solution at the moment. Scientists have identified 69 drugs and experimental compounds that may be effective in treating the coronavirus.

American pharmaceutical company Moderna, based in Boston, announced that they had developed a potential vaccine called mRNA-1273, only two days after China revealed the genetic sequence of COVID-19. Another American pharmaceutical company, Inovio, declared that they had produced a potential vaccine that imitates the gene sequence of the new coronavirus type. The U.S. Army is also working with public and private institutions to find medical solutions.

As we witness the number of deaths rising every day, vaccination trials and the studies being conducted to find medications are very appropriate, but quick results in the short-term are not plausible. Therefore, I believe that, for the time being, we should not have high hopes.

President Trump mentioned that the antiviral drug remdesivir and the malaria drug hydroxychloroquine would help against the coronavirus in his statements to the press. There is uncertainty, however, as to whether these medicines are effective. There are three reasons Trump repeatedly says that vaccination tests and these medications can be a solution:

To comfort the public.

To prevent a fall in the stock market.

To send a message that his administration is doing everything it can.

Success story of a Turkish couple

A husband and wife research team, Serhat Pala and Zeynep Ilgaz Pala, live in the U.S., where they have been working on a testing kit for COVID-19. They recently came into the spotlight with an announcement that they have made a COVID-19 testing kit that produces results in three to 10 minutes with only a drop of blood. Their work was performed at their company, Confirm Biosciences, in San Diego.

Serhat Pala discussed the serious deficiency of testing in the U.S. “There are no valid instruments, reactive trials, or even clinical studies because the virus is new. Many chemicals can only be used following special permission and studies. Every government, including the U.S., is trying to overcome this bureaucracy with expedited approvals," he said.

He went on to say that their kits resemble pregnancy tests, and that they have a 97.2% success rate. Pala said their system was developed with the aim of supporting laboratory tests rather than replacing them. He also said that even though they are producing 500,000 kits a day, their next three months of production had already been pre-ordered.

Pala went on to say: “Unfortunately, a difficult two- to three-month period awaits the world. We all need to be ready for this, mentally.”