US-Taliban deal implemented, but is it permanent? 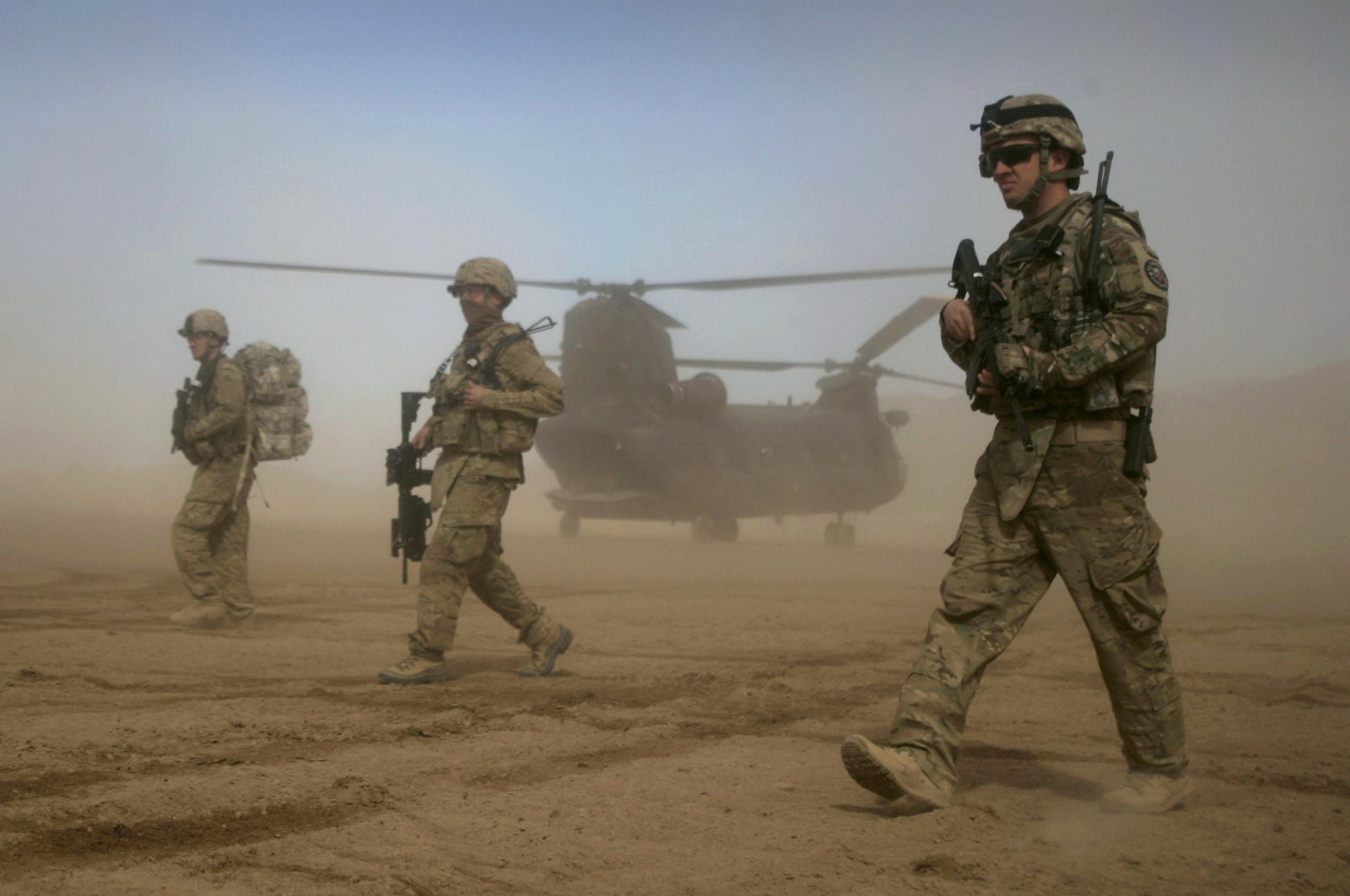 In world affairs, Feb. 29, 2020 marks the date of a crucial initiative to bring regional peace that will later impact global politics. The peace agreement signed between the United States and the Taliban will direct the relations. America’s decision to end the war peacefully is perceived as an important step toward regional stability and political consistency. Two crucial actors of this deal were Taliban representative Mullah Abdul Ghani Baradar and U.S. Secretary of State Mike Pompeo.

The U.S. decision to conclude the almost two-decade prolonged war shows a willingness to peacefully terminate the conflict.

The Afghanistan peace deal is exclusively dependent upon four main parts. First, it guarantees the prevention of the use of soil by any international terrorist organization or individual against the security of the U.S. and its allies. Second, a timeline is being framed for the withdrawal of all U.S. coalition forces from Afghanistan. Third, it depends on a political settlement resulting from intra-afghan dialogue and negotiations between the Taliban and inclusive negotiations with the government of Afghanistan. Fourth, and lastly, it entails a permanent and comprehensive cease-fire.

The impact of the components

These four components have distinguishably clarified the doubts relating to the U.S. seriousness of signing the treaty to peacefully amend relations with the Taliban. The agreement penned down has not only recognized the status of the Taliban but also has elucidated to them that the U.S. will not embrace or tolerate any activity or action using Afghan soil to dismantle the peace in Afghanistan and deter the U.S. and its allies.

The agreement has its privileges and limitations for both sides. A 14-month timeline to withdraw U.S. troops has been proposed. Within the agreement, another proposition is that the Taliban will support the Afghan security forces and government institutions to enhance their ability to deter and respond to external and internal threats.

In this, the Taliban is empowered as an institution or organization to counter terrorist activities by cooperating with the state’s security forces. This recognition and empowerment will allow the Taliban to play a crucial role in Afghan politics. Now, the Taliban's role will not be limited to disrupting state affairs or creating an anarchic and chaotic situation in the region.

With this, they are held responsible for their actions in the Afghan peace and stability process. This initiative is expected to bring regional cooperation for the long haul. But the question remains as to whether the U.S. decision to invade Afghan territory was a wise or fruitful decision. Getting the answer has taken almost 19 years. In the end, only mediation and negotiations in the form of the Afghan peace agreement emerge as the answer to this question.

One of the main aims of the Afghan peace agreement is to circumvent the further targeting of U.S. military officials by terrorist organizations. The U.S. needs to formulate a policy and implement it before completely withdrawing. The policy should counter the distrust issues between the Afghan government and the Taliban and help to form venues for both sides to entertain future cooperation and collaboration. As the former adviser to the Joint Chief of Staff, Carter Malkasian stated, “Moreover, there is always the potential for spoilers on the Taliban side.”

If the distrust issues between the crucial actors in the Afghan peace process are not answered and both are not on the same page, then the situation can get off-track. This scenario will be an opportunity for the spoilers to shatter the stability process in Afghanistan.

To prevent the culprits from hijacking the peace process, the first step should be confidence building. This will enable the peace accord to perpetuate in a friendly and trustworthy environment. The Afghan peace accord will shrink the U.S. forces in Afghanistan to 8,600, and the U.S., its allies and coalition forces will withdraw all their forces from five military bases. The reduction of U.S. troops will be a time-consuming process, but it is seen and perceived as a great initiative for regional stability.

One of the other aspects of the treaty is to release the political prisoners, as per the U.S. commitment, and this confidence-building measure will ensure coordination and approval from the relevant authorities.

Can Turkey and Pakistan help?

Historically, Turkey shares trustworthy and friendly relations with Afghanistan. The two core reasons behind the magnificent relations are the geographical distance between the two states that has eliminated territorial disputes and second, the countries' common religion, Islam.

In the chronicles of Afghan-Turk relations, Afghanistan was the second state to recognize Turkey in 1921. Turkey enjoys a favorable image in Afghanistan which enables it to collaborate in the rehabilitation process dynamically. A common saying in Afghanistan is that “no Afghan was ever killed by a Turkish bullet” and “no Afghan trained by Turks has ever betrayed his country.”

The level of trust in Turkey can be used as a trump card to win the stability and peace in the state. Turkey is already working to address the critical situation in Afghanistan. Turkey’s presence in the Wardak province of Afghanistan is crucial as it was involved in funding a police training academy and building infrastructure, including schools and a medical clinic. Turkey has also provided assistance, training and advice in Kabul, the capital.

In the U.S.-Taliban peace treaty, the U.S. agreed to facilitate the resolution between Pakistan and Afghanistan of their issues to play a crucial role in bringing peace in the region. In this context, Turkey can play a vital role in ameliorating the grudges and differences between two important immediate neighbors, Pakistan and Afghanistan, for the betterment of political affairs. Turkey and Pakistan can cooperate in various fields including the training of Afghan security forces, the building of infrastructure, economic cooperation and trade.

After the withdrawal of U.S. troops, a power vacuum is expected to emerge in Afghanistan. This scenario could create a viable forum for spoilers to engage in disrupting the peace, progress and growth of Afghanistan.

Pakistan and Turkey need to mobilize their resources to boost the Afghan economy. A collective confidence-building mechanism needs to be introduced for the Afghan population. This will eventually help in repairing the damage. Collaboration with Afghan government institutions to build new infrastructure and form new economic, trade and business ties on a massive scale with the expertise of both nations can help the Afghan government to get back on its feet again.

In India, a counternarrative is being built questioning the credibility of the U.S.-Afghan peace accord. As the Taliban was involved in spreading terrorist activities, how can security in Afghanistan be ensured if the Taliban comes to power? What standing does Pakistan hold in this whole process? Will the terrorist organizations penetrate toward the Jammu and Kashmir border?

These narratives are constructed somehow reflecting the Indian concerns. The Indian media has demanded the vigilance of India on Afghanistan after the withdrawal of U.S. troops. India's current situation prevents it from getting involved in any affairs farther from its borders.

The uprising movement by Muslims against the Citizenship Amendment Act (CAA) questions the secular and democratic status of India. U.S. President Donald Trump's visit to India was impaired by the deadly unrest. When asked by a reporter about the violence prevailing in India, Trump responded that the incident was “up to India” to handle.

He further stated: “He (Modi) was incredible. He told me, ‘In India, we have worked very hard to have religious freedom.'” India demanding surveillance does not support the freedom of Afghanistan as an independent state in building the capacity of dealing with internal and external threats. India's growing concern about the U.S.-Taliban deal depicts its ulterior motives.

India's foothold in Afghanistan is dependent upon its geo-strategical importance, making the country pivotal for India. India’s ulterior motive to rise as a regional power in South Asia includes influencing the affairs of neighboring states.

On the other hand, India’s role as a strategic ally of the U.S. in Afghanistan is expected to evaporate eventually. The Taliban has a lack of trust in India which points to the failure of India. According to neutral observers, the cultural institutions and consulates are involved in or funding militant training to disrupt the peace of Pakistan.

Therefore, India's foreign policy primarily focuses on such covert actions as dismantling the stability of the region for the sake of its own shares as a major stakeholder in Afghanistan's politics.

This U.S.-Taliban agreement seems to be a pivotal development between the two very significant actors in the peacemaking game. With the presence of officials of different states, history will experience a turning point in Afghanistan politics. But despite all the pros, the treaty clause has caused some confusion.

The implementation of the agreement ultimately lies in the hands of the Afghan government. President Ashraf Ghani stated it is no clear how the release of political prisoners can take place if Kabul is not on board. The president's stance on the U.S.-Taliban peace deal in regard to the release of prisoners prompted the Taliban to resume attacking local forces.

The Taliban said they will not target international troops but will resume fighting against Afghan forces until their prisoners are released. Under these circumstances, the U.S. has to play the role of mediator for intra-Afghan dialogues to build confidence between both crucial actors. This will eradicate the trust issues and help both actors bring peace, progress and stability to Afghanistan.

The U.S. commander in Afghanistan, Gen. Scott Miller, said that the reduction in violence was a confidence builder. Further, he stated, “We are very serious about our obligations and we expect the Taliban will be serious about their obligations.”

The U.S. needs to work on this to counter all the concerns. Until the issue of prisoners is resolved, the Taliban will not move further in accordance with the agreement. A reporter asked Pakistan's Foreign Minister Mahmood Qureshi, “What role did Pakistan play in this peace process?” He replied that without Pakistan, the deal wouldn’t have happened. This indicated the level of trust both the Taliban and U.S officials have in Pakistan.

During the Taliban regime's rule in Afghanistan, Pakistan and the Taliban had shared a strong bond of connectivity which laid the foundation for a trustworthy environment in which to sign the agreement. The U.S and Pakistan were strategic allies in the war on terror which now allows them to perpetuate their relations in other dimensions.

This treaty has been embraced by the Afghan population and is perceived as a hope in which Pakistan with Turkey can play an important role in bringing stability. The assistance of both states to resolve Afghanistan's issues will eventually help the state to boost its economy by developing trade ties with different states.

* Analyst in international relations based in Islamabad, Pakistan